Well that was interesting...

After two weeks of being buffeted by Ciara and Dennis, hopes were high as the volunteers began to gather in bright sunlight, a bit nippy but should be a nice run we said, oh how wrong we were. 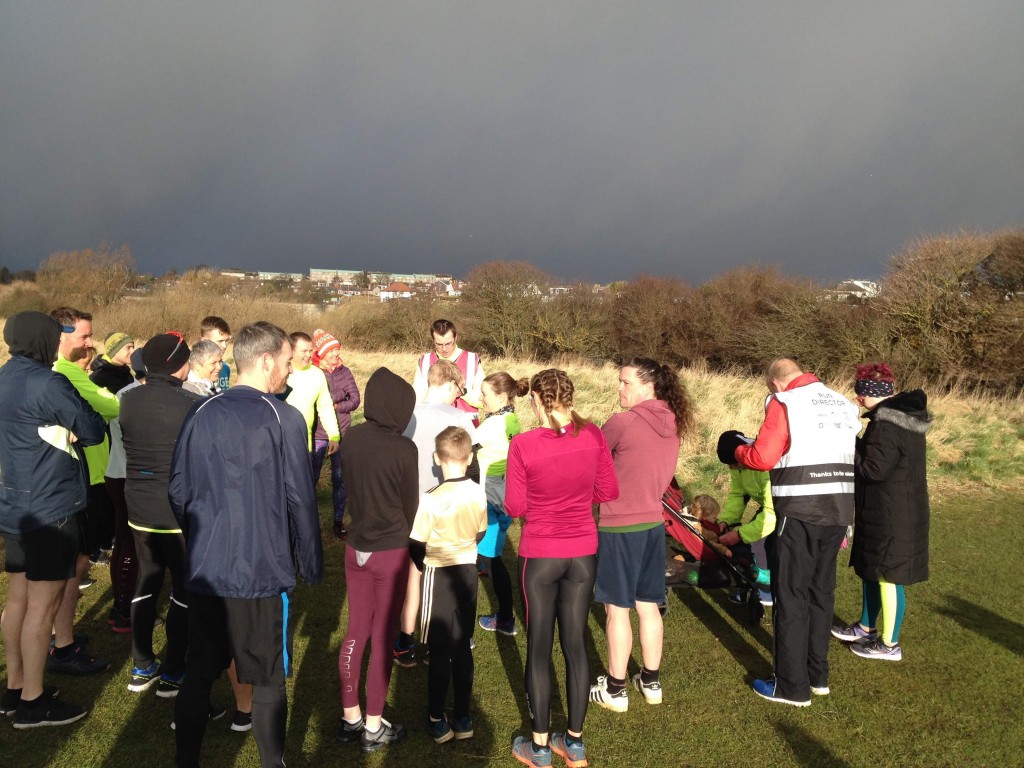 A giant black cloud is never a good sign on parkrun day (formerly known as Saturday) but when it becomes evident that it is very definitely heading your way it is especially unwelcome.  As thirty newbies and visitors gathered for the first timers briefing, including those from Cambridge, Derbyshire, Northern Ireland, Italy and Arbroath, that cloud was very definitely lurking, ready to pounce.  A big shout out too to Esther's group of nine from the emergency operating theatres at ARI, six of whom were doing first 5k and raising money for CALM, the suicide prevention charity. 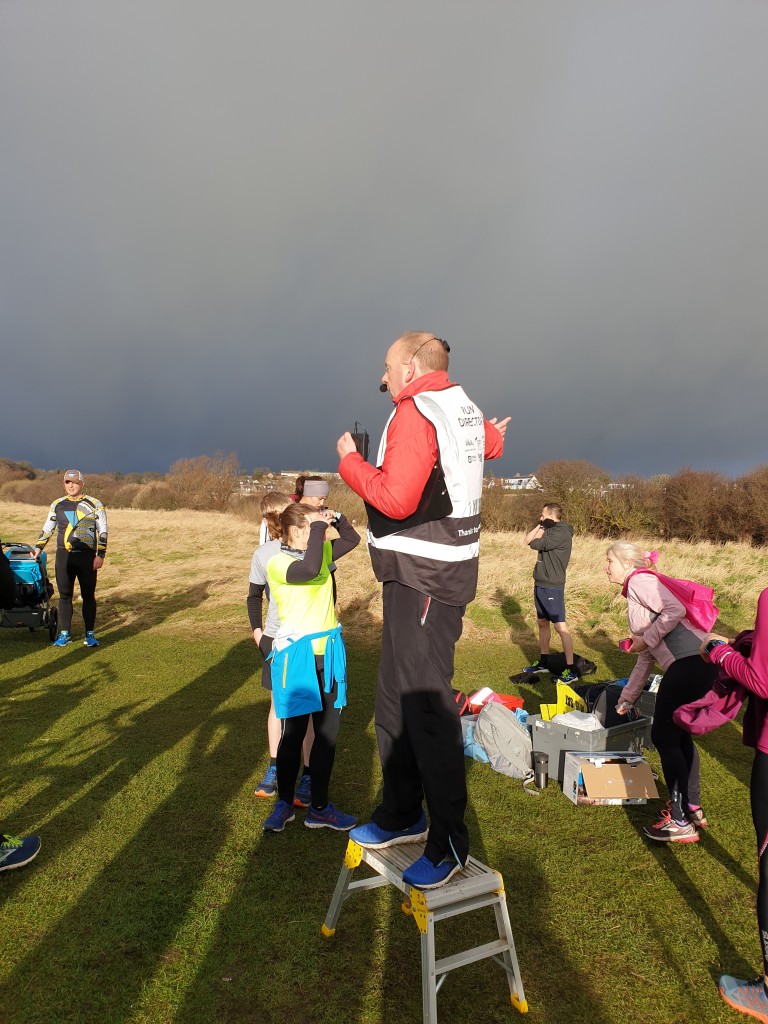 After Run Director extraordinaire Graham, had welcomed everyone and delivered the pre race briefing (always important to listen to) it was up to the start line where a few drops of rain gave no indication of what was to come.  Running towards the back of the pack I had just a couple of minutes to appreciate the sun sparkling bay to my left as I reached the top of the esplanade before that cloud of doom hit. 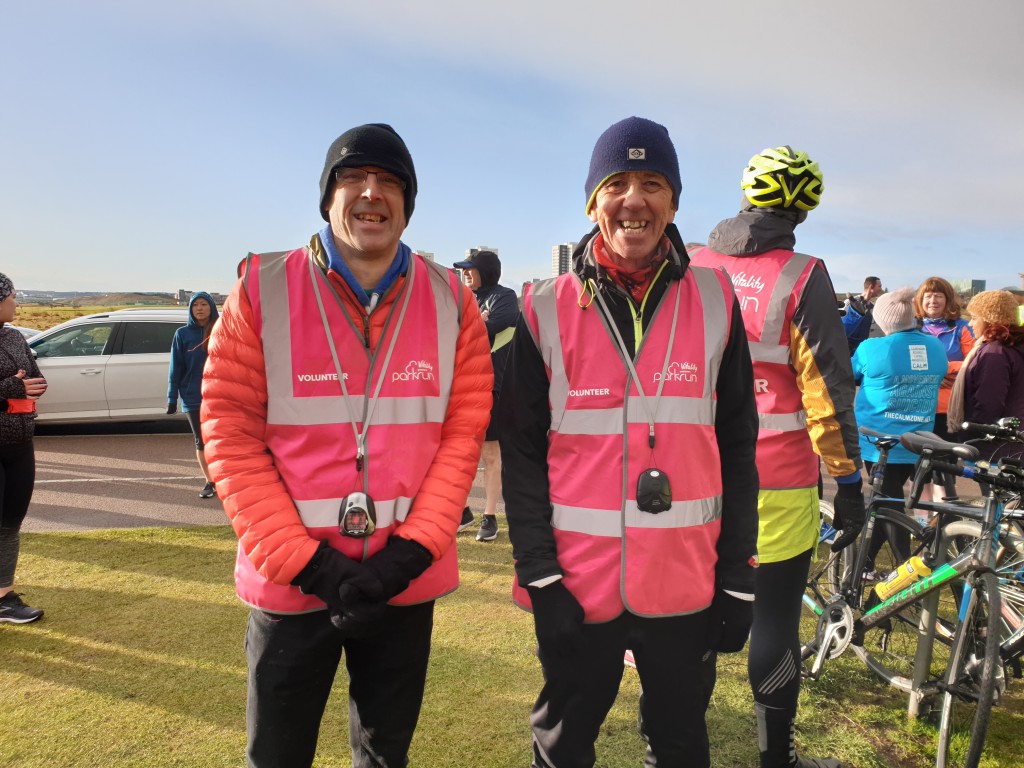 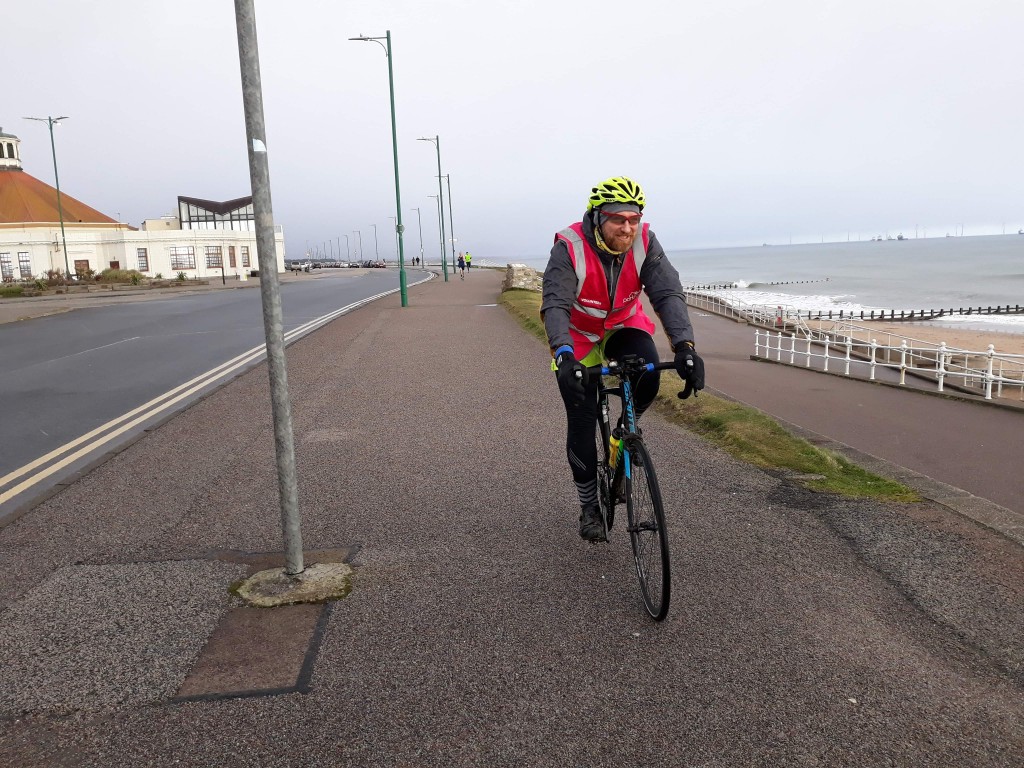 Horizontal sleet and snow left poor Kev on lead bike fighting to stay upright while us runners were soon drenched to the skin down our right sides.  Pushing on I think we all had just one thought in mind, to get to the turn for a bit of shelter on the way back, just get to the turn. Alas, this week the wind was still pretty bad on the lower level, but hey, at least that meant our left sides got wet too so we evened up! 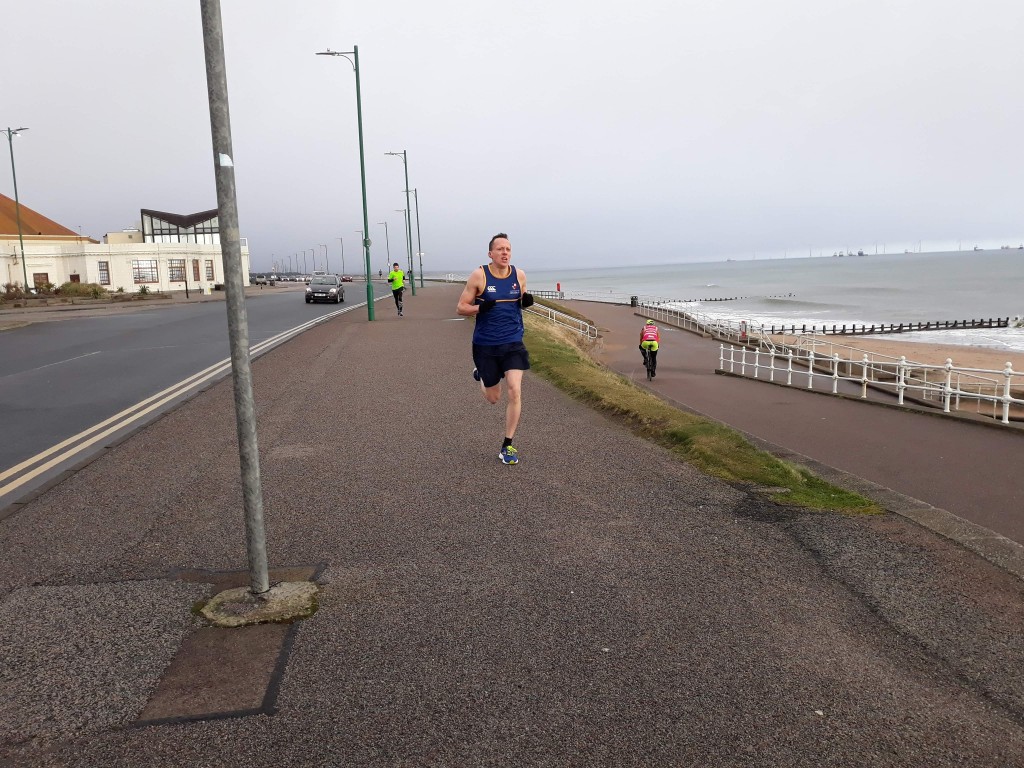 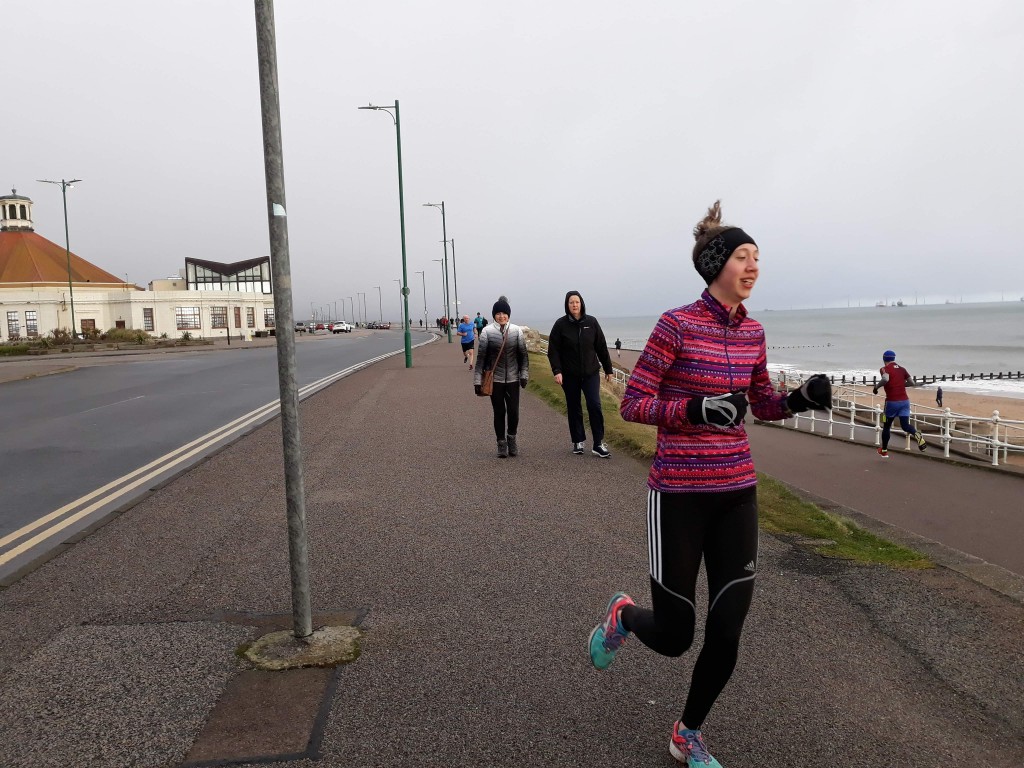 Our first finishers were Martin Muller and Hannah Mutch in times of 17:24 and 20:24 respectively, while 33 people amazingly found it “snowtivational" and achieved PBs.  Of course as is usually the way, the weather decided to clear up again as soon as most people were through the funnel and our tail walker John finished back in bright sunshine. 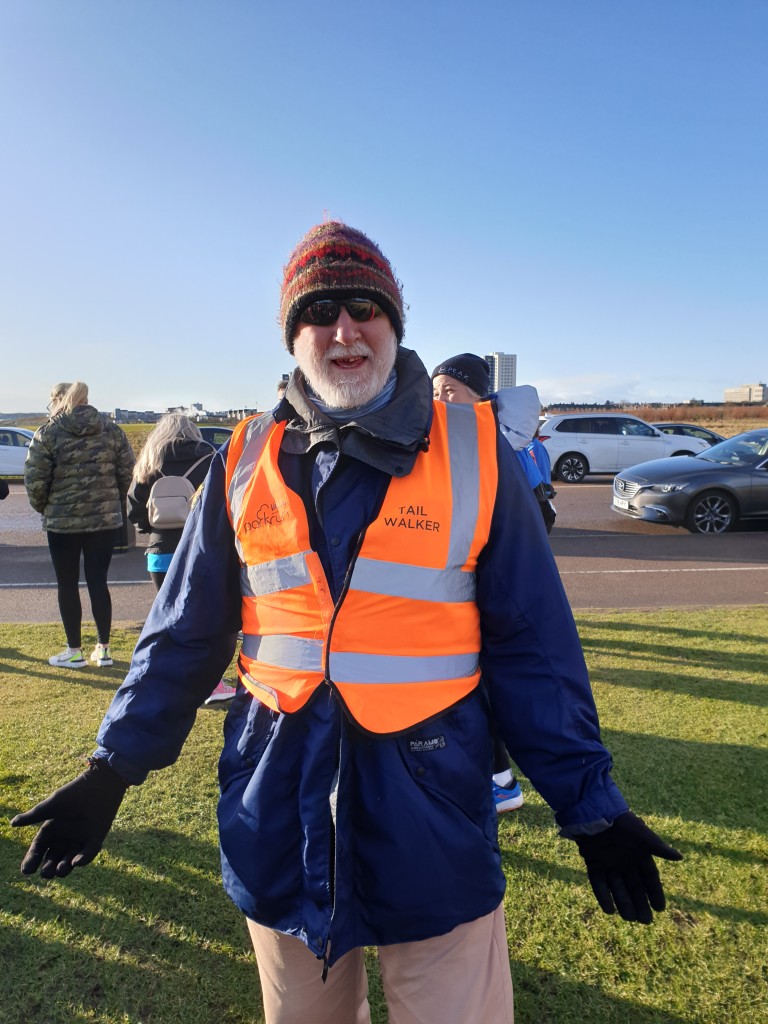 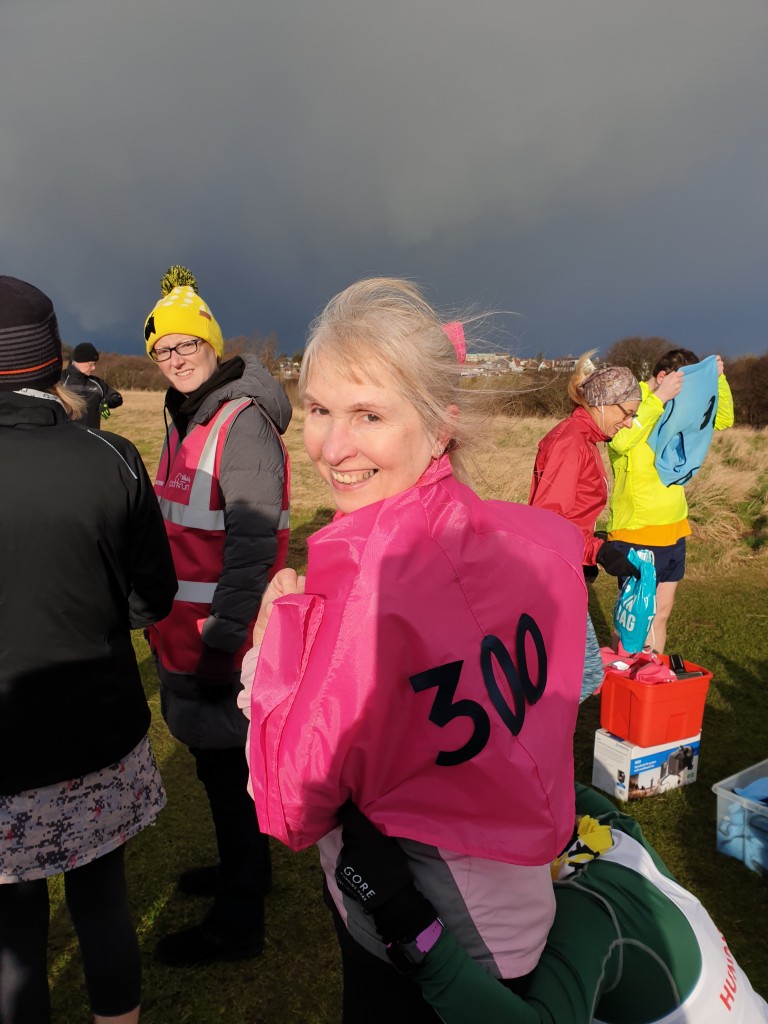 The slightly bedraggled group that made it to a very welcome warm breakfast was also treated to cake from the amazing Cynthia, celebrating her 300th parkrun.  Her fabulous cape made for the occasion was a repurposed umbrella, a true stroke of genius considering the weather.  An awesome achievement from a brilliant member of our parkrun family who’s run reports are always on another level. 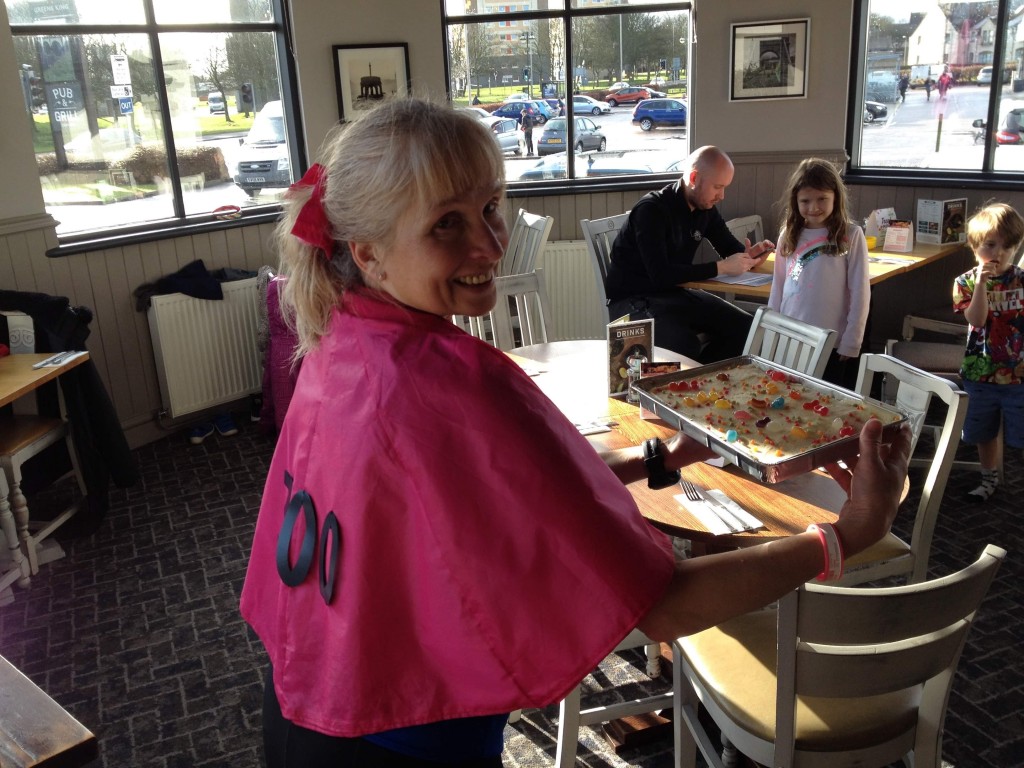 Next week is the first ever time a parkrun will fall on February 29th and it won’t happen again until 2048 so don’t miss your chance to bag the date.  Also one for the diary, the following week Aberdeen parkrun will be celebrating International Women's Day with other parkruns all across the country.  So why not bring along a female friend, colleague or family member to run, walk, jog or volunteer on Saturday 7th March. Remember purple is the colour theme of the day so hunt out those purple t-shirts, vests, shorts and leggings and let's have a “parade of purple pounding the prom”!