Clockwork behind the scenes at Alderford Lake parkrun 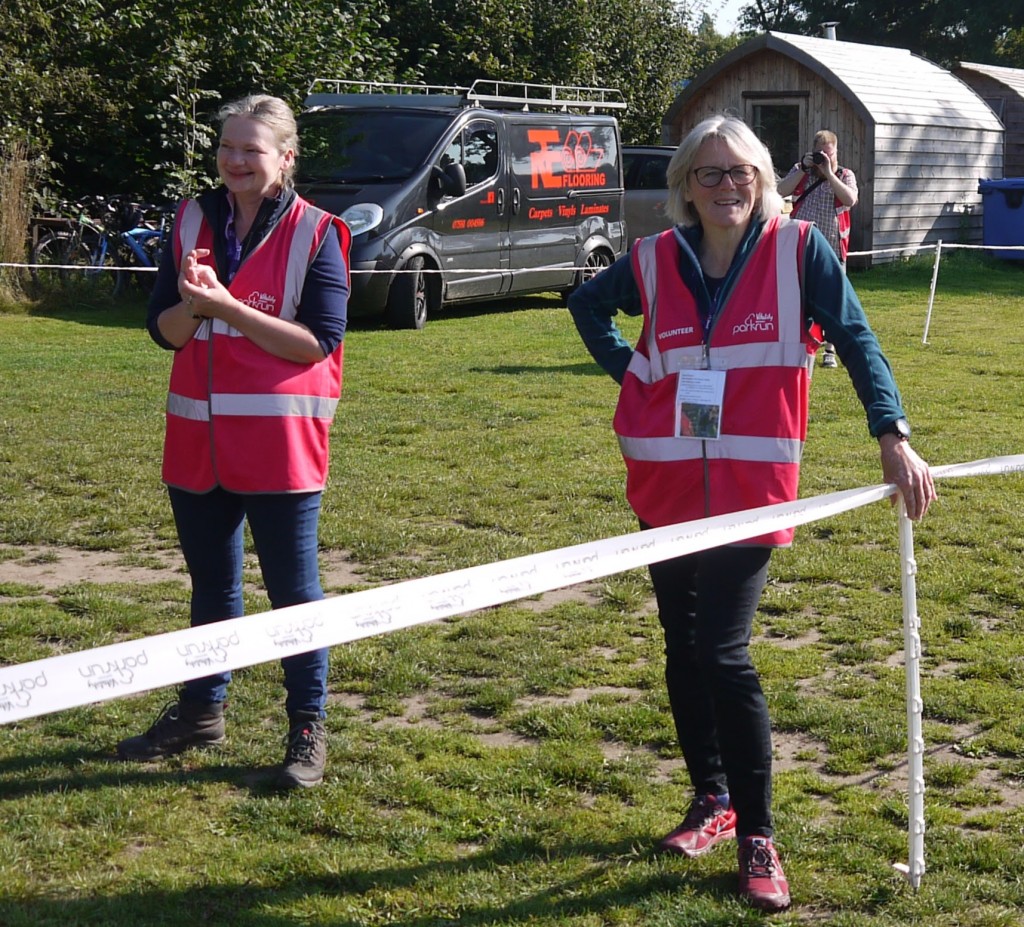 At my first parkrun in Shrewsbury, I recall waiting by the bandstand in Quarry Park, wondering if we were in the right place, but then, the magic happened. At 8.50, the marshals appeared, the first timers were briefed, and with very little ado, we all set off. Run over, we wended our way back to the car, buzzing at being members (finally) of the Parkrun family. Since then I've clocked up a few more parkruns, mainly in Denmark and Poland (Yes, I got my Z!), the fields of runners varying between 5 (Vejen, Denmark), and 800+ (Krakow, Poland), but until now, as a first time parkrun marshal, I hadn't really appreciated the largely unseen graft behind the scenes that makes sure these fabulous events happen - regardless of the size of the field. 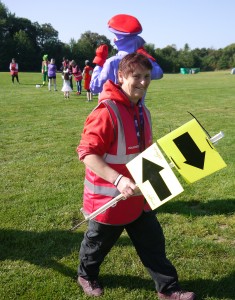 "Get here by 8.30" said Run Director Fiona. I rocked up on time, to find that even then, the lions' share of the work had already been done: course marked out and checked for safety, finishing funnel constructed, start marked, Parkrun banners fluttering in the breeze. Marshals were briefed and assigned their locations, hi-viz jackets and radios issued as they arrived.
As the runners started to congregate, I moseyed along to my post. The first timers'/tourists' briefing was already under way, and shortly after 9am the radio crackled with the message that the run had started.
It being a two-lap run round the very scenic Alderford Lake, as a marshal, you really get to appreciate the effort that the participants put in. Whether they're at the front, pushing to be the first over the line, one of the back markers challenging themselves to break the hour, a parent pushing a buggy (tough that, off-road), or a runner with a dog that's less intent on taking the shortest route than the human on the end of the lead, everyone's a winner. And happy ones at that! "Thanks marshal!", "Good morning!", "Gosh it's hot!" "I wouldn't have worn this if I'd realised how warm it is!" "I like your sign!" (Mine read "Every step, is a step closer to the finish"). There were the fancily dressed runners, the Parkrun veterans with their 250 run t shirts, children, new runners, first timers, all of them just glad to be there, out in the sun, doing something that's free and fun. 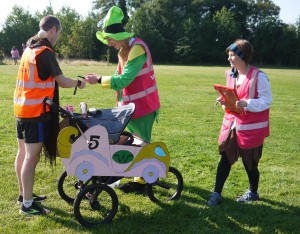 Eventually the end of the pack tail-end walkers dressed as the Wacky Races Slag Brothers passed by, so we returned to the finish to see the final runners coming in. Just what is it about a finishing line that guarantees there'll always be a bit of a sprint at the end? All received (and deserved) a good round of applause from those who had stayed to the end. 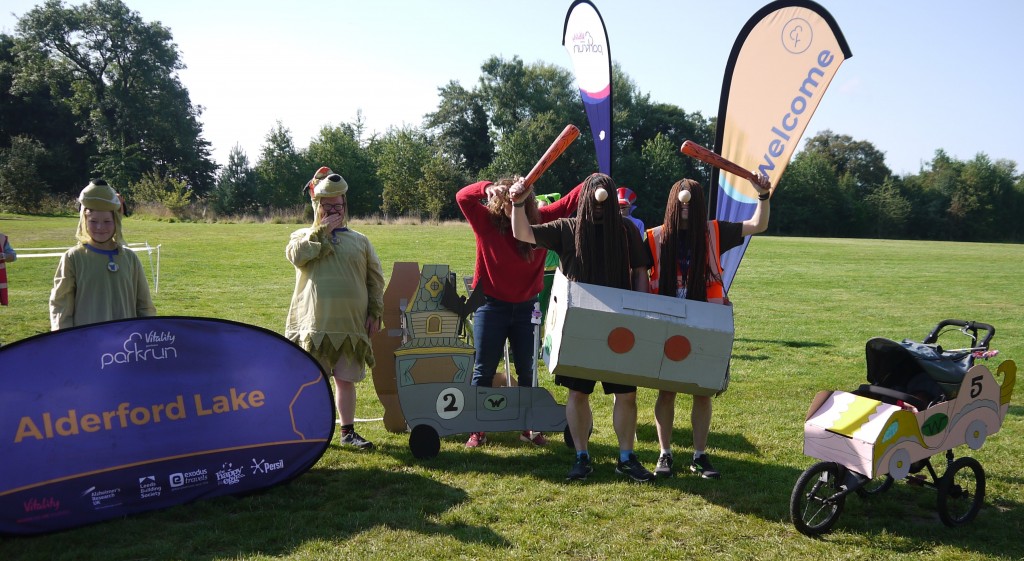 And then it was over. The event QR code was scanned seconds after the last of the 193 participants crossed the line, and like clockwork, everything was gathered in, checked and put away, and signs newly zip-tied to stakes (ready for next week).
I can't wait!

Photo album can be found here 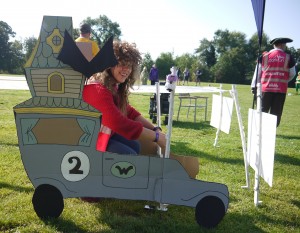 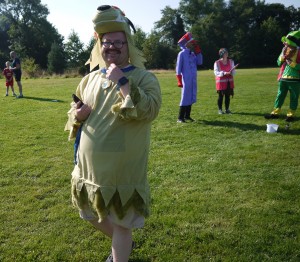 Today's full results and a complete event history can be found on the Alderford Lake parkrun Results Page.

Alderford Lake parkrun started on 31st August 2019. Since then 2,142 participants have completed 5,120 parkruns covering a total distance of 25,600 km, including 917 new Personal Bests. A total of 168 individuals have volunteered 757 times.