As 222 runners, joggers and walkers approached the start line of today's 8th Alvaston parkrun, all that was missing was the theme to 2001: A Space Odyssey playing in the background. As debut Run Director Clare congratulated Peter Deacon on running his 50th, Nick Overy lined up to run his astronomical 545th (but his first at Alvaston), alongside a field which included an interstellar 109 first timers – 14 doing their first parkrun ever, many graduating from the Derby Joggers Couch to 5k group. What none of them knew was they were about to observe an out of this world achievement. 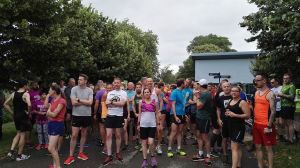 50 years ago this very day a bloke called Neil set foot on the moon. We had two Neil’s today, but neither of them was responsible for today's amazing achievement. That accolade belongs to Val Naylor, who smashed the age grade record, running our 5k in 24.52. Val already holds the age grade record for 28 of the 34 parkruns she has visited (sorry Val, I have been parkrun stalking you!) and only has a better age grade percentage at one (Swansea Bay). And whilst you should never ask a lady her age, let's just say I’m pretty sure she well remembers the original lunar landing. That was one small step for Val, one giant leap for our age grade record!

And even if you didn’t see the rocket-propelled Val flash past you this morning how many of you noticed our park based solar system during your exertions? How many other parkruns offer you the chance to view the Earth as Neil Armstrong, Buzz Aldrin, and Michael Collins did half a century ago (well sort of). 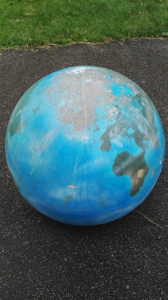 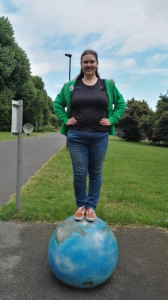 So in conclusion, we chose to run 5k this morning and do the other things, not because it was easy but because it was hard, because running 5k serves to organize and measure the best of our energies and skills, because that challenge is one that we were willing to accept, one we were unwilling to postpone, and one which we won.

So, to the stats:

This week 222 people ran, jogged and walked the course, of whom 109 were first timers and 31 recorded new Personal Bests. Representatives of 39 different clubs took part.