I’m going to start my report the same way as we’ve done the last two briefings at Ashton Court: with an appeal. Or rather, with two appeals.

Appeal number one: could all parkrunners please keep on the left-hand side of the path throughout the run. We do ask you to do this in every briefing, but it hasn’t worked the last few times. Please respect your fellow-runners and leave them enough space. Run in single file or at most 2 abreast; and if you’re averse to puddles, skirt them to the left. 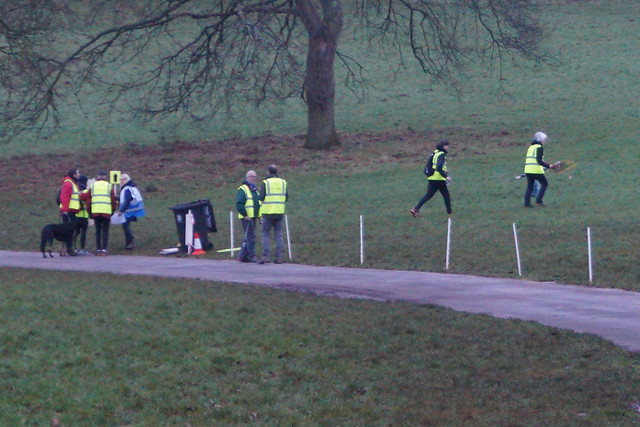 Our volunteers set off to their marshal locations . . (photo: Rich Kenington)

Therefore, appeal number two: could all parkrunners please support each other by not just warning of approaching bikes but also by alerting people around you to approaching runners. It would be great if shouting something like ‘Runners ahead. Keep left!’ became as much an automatic reflex as shouting ‘Bike!’ has become. 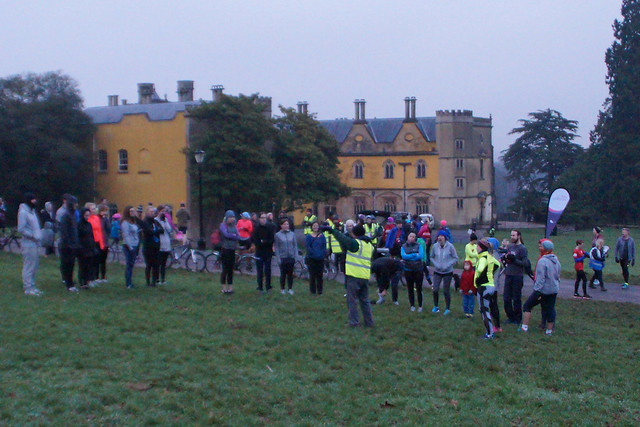 Niall suggests there may be some slopeyness out on the course as he chats to our first-timers and visitors . . (photo: Rich Kenington)

Now, some stuff to celebrate, a barrage of numbers, and some names:

The number-crunching machine at parkrun HQ produces a thing within seconds of our results being submitted called the ‘journalist report’. It always ends with a salvo of statistics. Here’s this week’s: ‘Ashton Court parkrun started on 23rd April 2011. Since then 16,082 participants have completed 93,645 parkruns covering a total distance of 468,225 km, including 16,563 new Personal Bests.’ 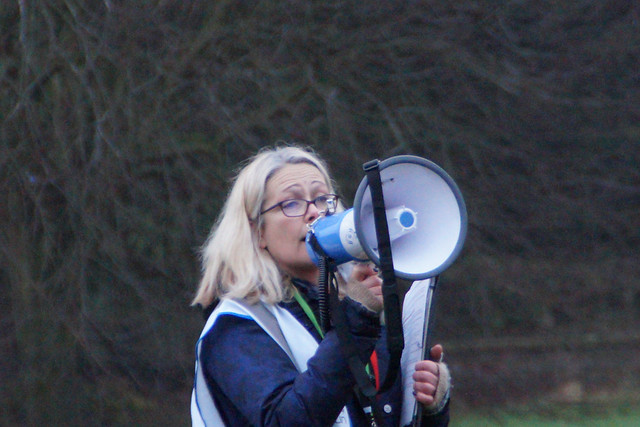 Linda reminds us all of those things we need to remember during parkrun (photo: Rich Kenington)

So that reminds you when we will be celebrating our 7th birthday; it shows we’ve collectively run to the moon and part of the way back (the one-way journey is 384,400 km); and it throws up a statistic that Ashton Court’s numerologist-in-chief Rich Kenington is embarrassed to have missed last week. In his defence, his brain was probably addled by the cold and wet. Mine was this morning, but more of that later. 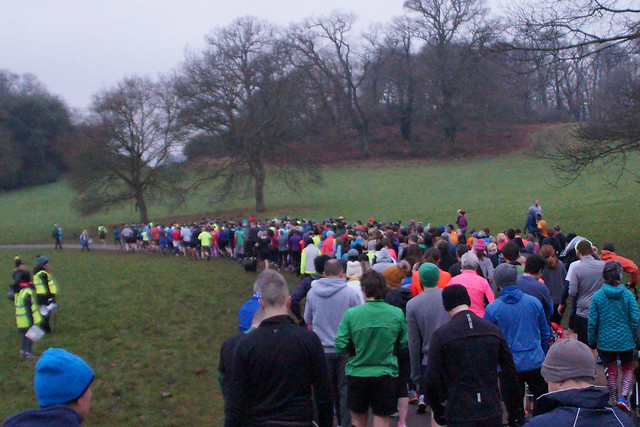 then suddenly, the ones at the front begin to move . . quite quickly too, we were told . . (photo: Rich Kenington)

That amazing number is the 16,000-and-a-bit one. That’s sixteen thousand different people who have plodded, sprinted, walked up that hill and down again. Almost exactly the entire population of Nailsea. Well, the equivalent number – though I’m sure there were a number of actual inhabitants of the one-time glass-producing town there today. 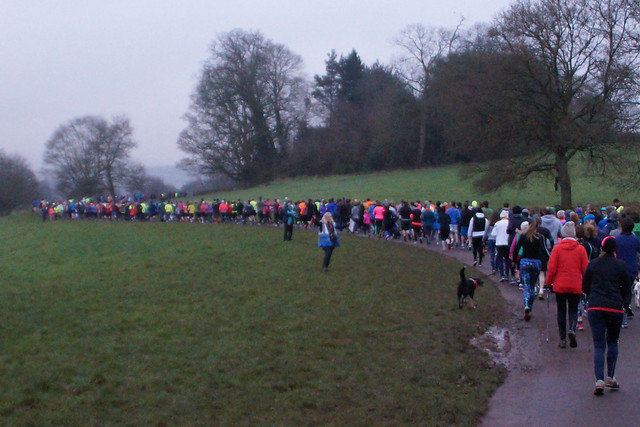 Despondent at the loss of her audience, Linda resorts to singing! Quite by coincidence, those at the back began to run more quickly too! (photo: Rich Kenington)

There were 523 different people there today. 25 of them were volunteers, and the 498 runners were there voluntarily as well – at least I hope they were. Two of the runners weren’t very different, in name at any rate. They were both called Sarah Jones. The Sarah who’s a member of Great Western Runners chalked up her 100th parkrun today, whereas Sarah-not-in-GWR achieved a less round but equally creditable 31st run. Other Sarahs were also available: there were 11 of them in all, as well as 11 Pauls and 10 Davids and a Dave. Incidentally, I like to call out names of fellow runners whether I’m running or watching, and I find that, if there’s a patch where I don’t recognise anyone, it’s fairly safe to shout ‘well done, Dave!’ 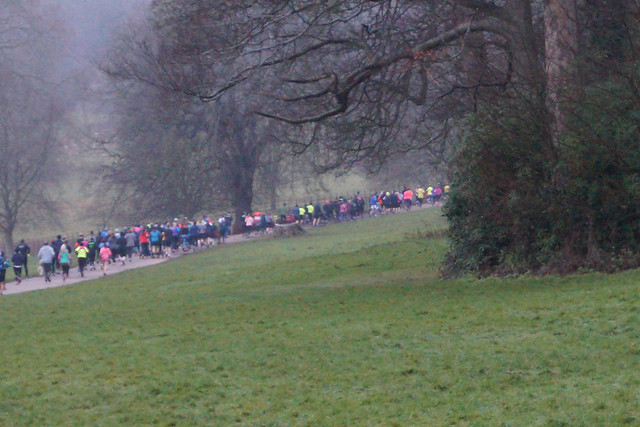 Slowly, the throng begins to thin out . . (photo: Rich Kenington)

The other centurion today was Martin Gillett, who also achieved the best male Age Graded score of the day; he was supported by sons Joe and Will. Between the three of them they’ve now done 426 parkruns. 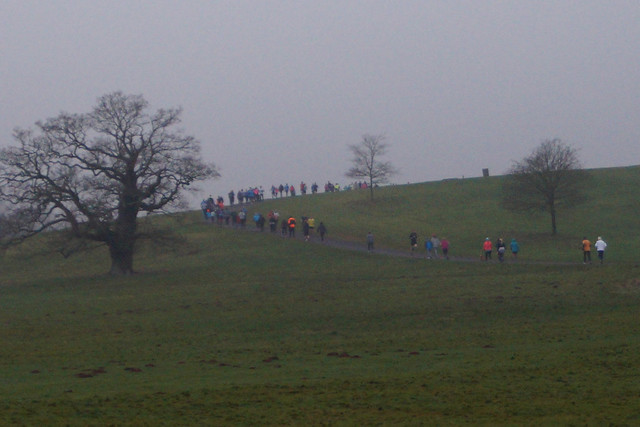 It's a bit hazy, but can you see? There's already runners coming down the hill! And that's why we need to keep left up there . . (photo: Rich Kenington)

Two of our regulars also reached 150 runs. They are the same but different: one is called Stuart (O’Connell), the other Stu (Rutherford). 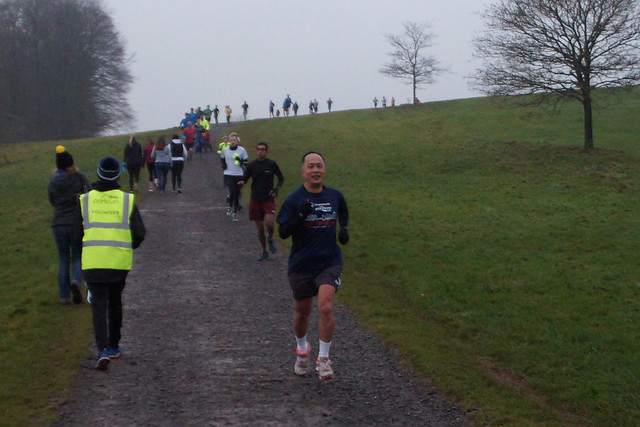 There were two runners qualifying for membership of the 50 club and (one day) a red shirt: Alexander Whittaker and Mary Ulicsak. 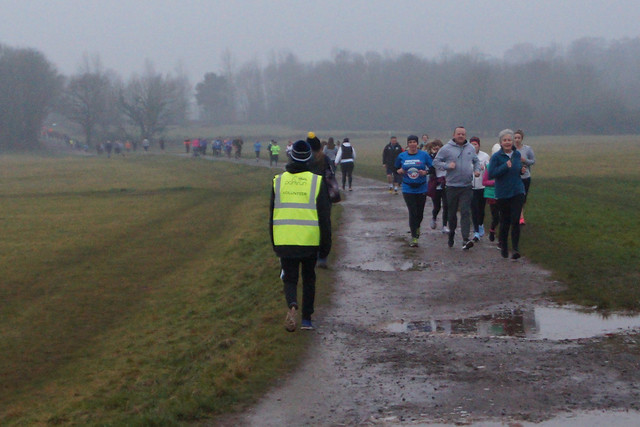 These adults achieving landmark runs have done most of their runs at Ashton Court, but have done their fair share of parkrun tourism too. The two juniors who reached their 10th run today, though - Freya O’Neill and Gabriel Conway - have been loyal Ashton Courtiers. 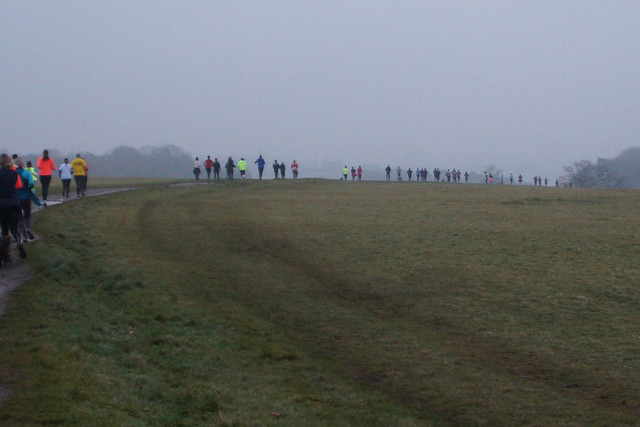 Less need to keep left perhaps, now the Tail Walker's gone by ~ but we still need to look out for people coming towards us (photo: Rich Kenington)

Back to that 498 figure. We thought the recent arrival on the scene of Eastville parkrun would mean a reduced attendance at Ashton Court – and that’s normally been the case. Today they had a humungous 551 finishers, and as the morning progressed we worked out why: the events at Pomphrey Hill and Chipping Sodbury had both been cancelled because of the weather. (Cue frantic car chases across Bristol to alternative venues). 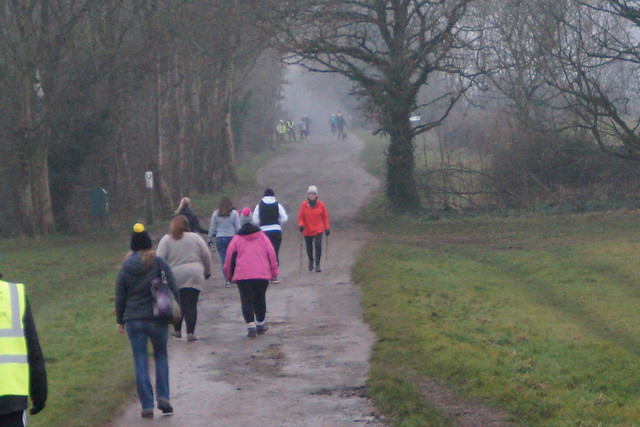 Approaching the turn around point ~ one of the best bits (photo: Rich Kenington)

Today’s run directors Maggie and Linda had to contend with cold fingers and feet, as well as human error from one of the most inept volunteers of all Ashton Court’s history. Yes, reader (is there more than one of you?) ‘twas I. I shan’t go into detail, but it’s just as well the rest of the timekeeping team (Andrew Archer and Caroline Potter) were so efficient. 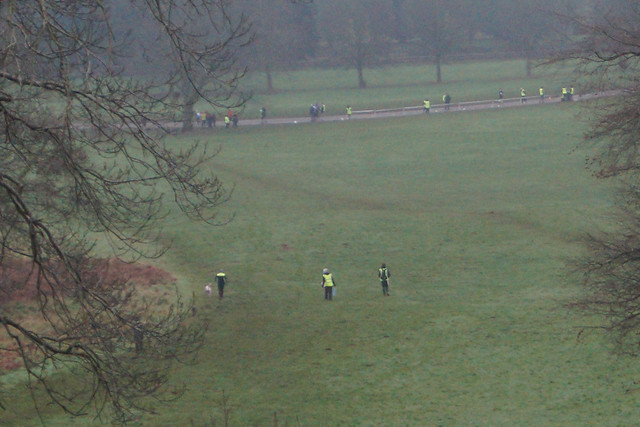 There’s next week to look forward to now: there’s another club takeover, with Southville Running Club providing nearly all the volunteers. Expect a sea of green shirts under the hi-vis. I’m hoping for a couple of degrees more in temperature, stress-free two-way traffic on the hill and a round number of runners, for heaven’s sake! What sort of a number is 498 anyway? editor's note: it's an even number, Niall, and because it can be expressed as the quotient of two integers, ie 498 / 1, it's also a rational number 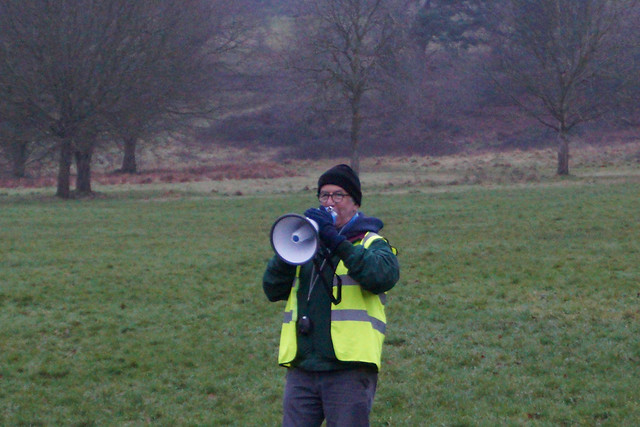 One of the morning's tail runners, Rich Kenington took a handful of photos this morning. You can find them, together with our entire photo archive, by following this link here (or here if viewing on an iOS device).