Ashton Court parkrun number 446 was a special affair, taking place as it did on leap day 29th February. Leap day won’t fall on a Saturday again until 2048 - that’s 28 years and another 1,456 parkruns away! The last time leap day fell on a Saturday was in 1992, before parkrun was even a glint in Paul Sinton-Hewitt’s eye, so this was the first time anyone has had the opportunity to parkrun on a leap day. Taking that opportunity at Ashton Court this morning were 440 walkers, joggers and runners supported by 30 lovely volunteers. The weather was mixed, and we did have all four seasons and some pretty icy winds up on the top of the hill, but I hope that the 17 first-time parkrunners still enjoyed themselves and come back again next week. 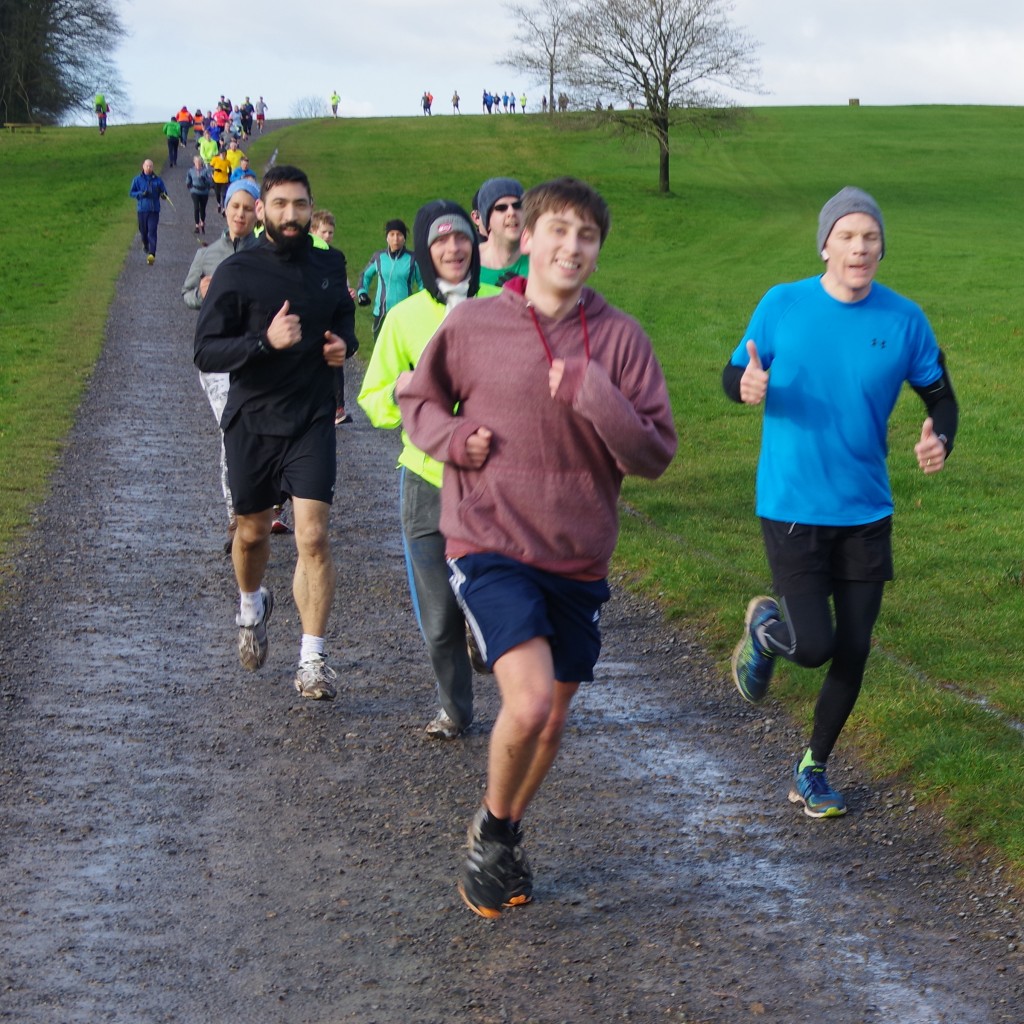 Great to see Oskar House enjoying his first parkrun so much (it's always this good, Oskar!). Chasing after Oskar are Sayer Hilton (who beat his pb by 61 seconds), Simon Emery (in yellow, with a pb by 44 seconds) and a runner without a barcode (photo: Rich Kenington)

To help us celebrate the 29th February, Harriet Booth kindly leaped across our finish line in 29:02, taking 35 seconds off her previous best time and earning herself a PB in the process. We had 45 other PBs this morning, in spite of the icy winds blowing across the plateau. The top age grade of the morning was achieved by Stuart Ellis at 76.99%, who ran an impressive 23:11 in the VM70-74 category, with Robert Stewart VM35-39 and our first finisher in 17:26, second highest at 75.62%. 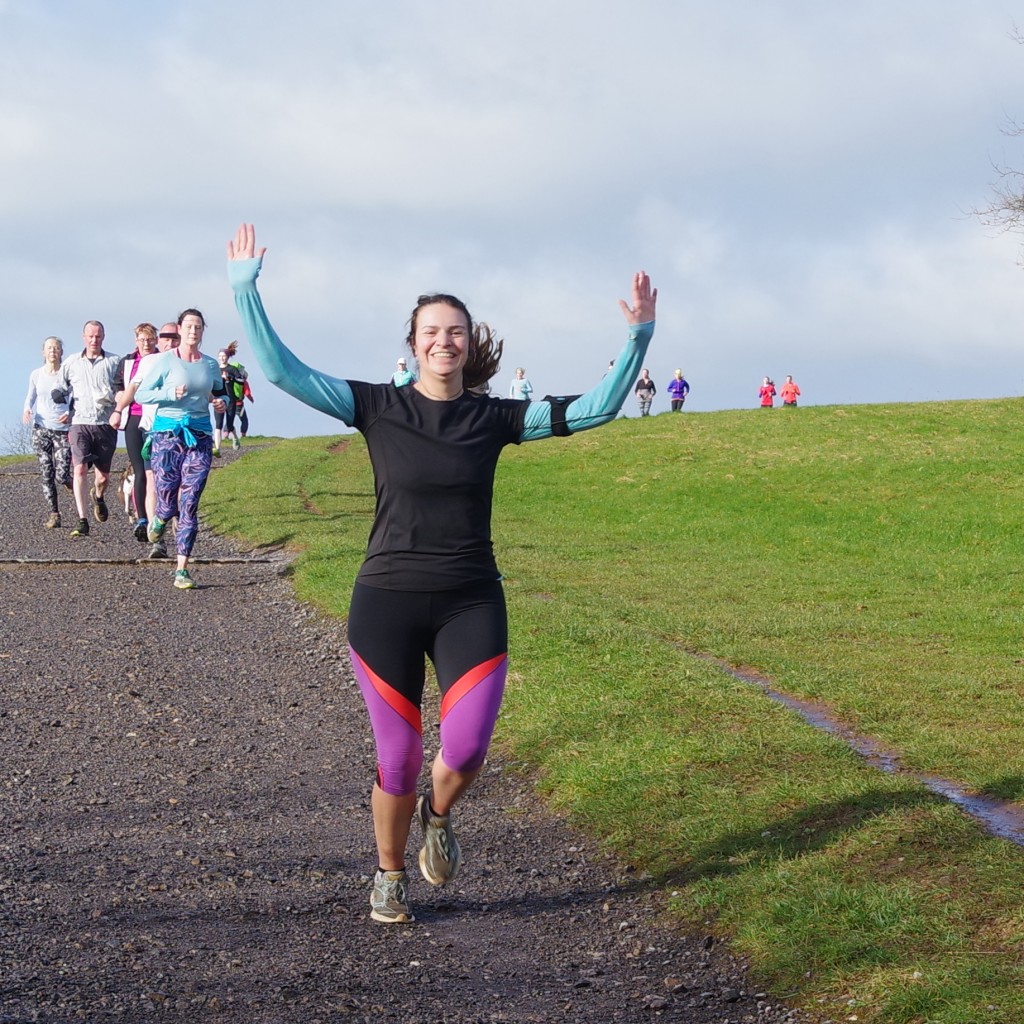 It's as if she knew! Having beaten 30 minutes for the first time on the first of the month, Harriet Booth's pb on the last day of the month almost took her under 29 minutes (photo: Rich Kenington)

Winner of the “What took you so long?” award this week (no prizes, it’s just for fun!) is Danny Carroll who had completed 222 runs elsewhere, mostly on the flat at Cheltenham parkrun, before visiting our hill for his 223rd. 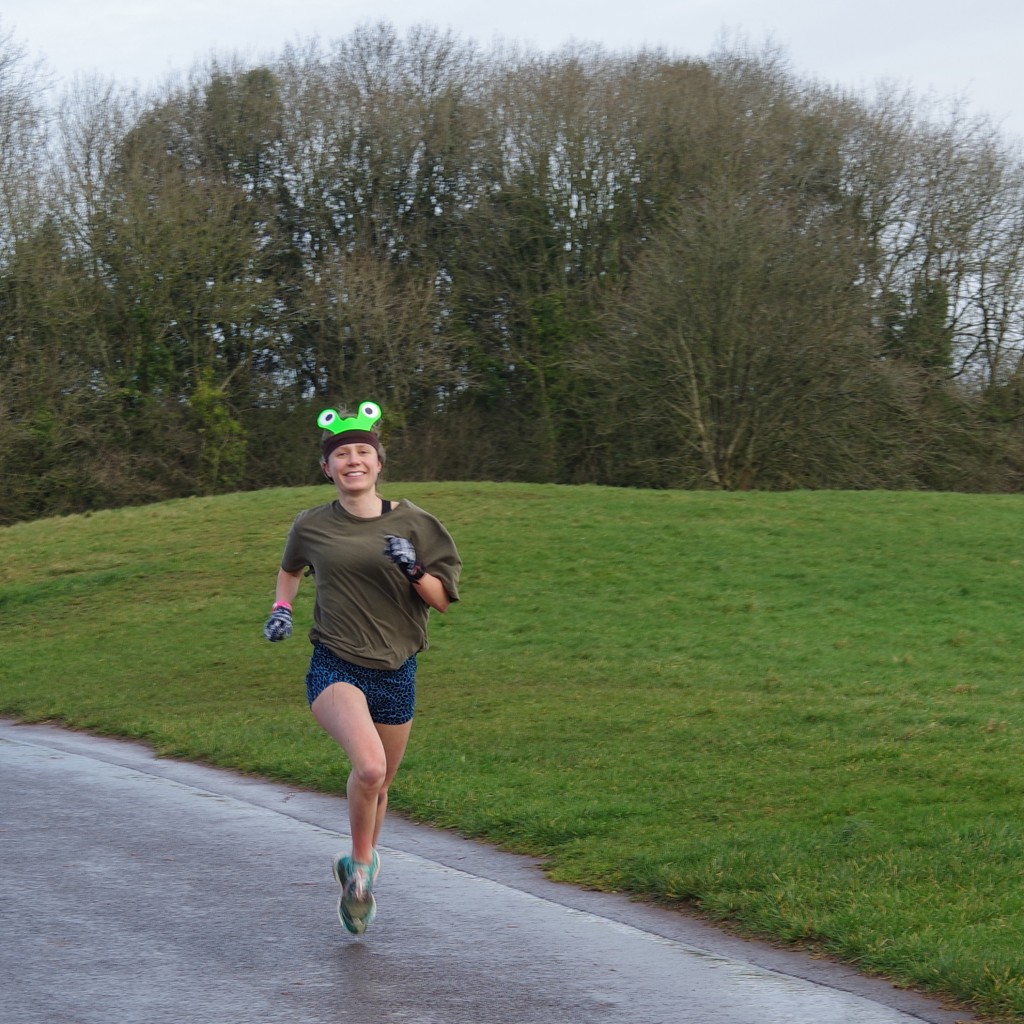 Emily Strathdee was the morning's sole leaping frog, and she too achieved a new best time, improving from 21:15 to 20:37 (photo: Rich Kenington)

Other visitors enjoying the hill for the first time this week included Tom Palmer from Lancaster parkrun (running his 150th parkrun), Nicholas Dobson from Maldon Prom parkrun in Essex, Rosalie Hoskins who has run most of her parkruns at Hove Promenade parkrun, Martin Rose from Great Lines parkrun, Medway, Steve Callaghan from Nobles parkrun on the Isle of Man, and Charlotte Moran and Paul Adams members of Caerleon RC from just over the Severn. 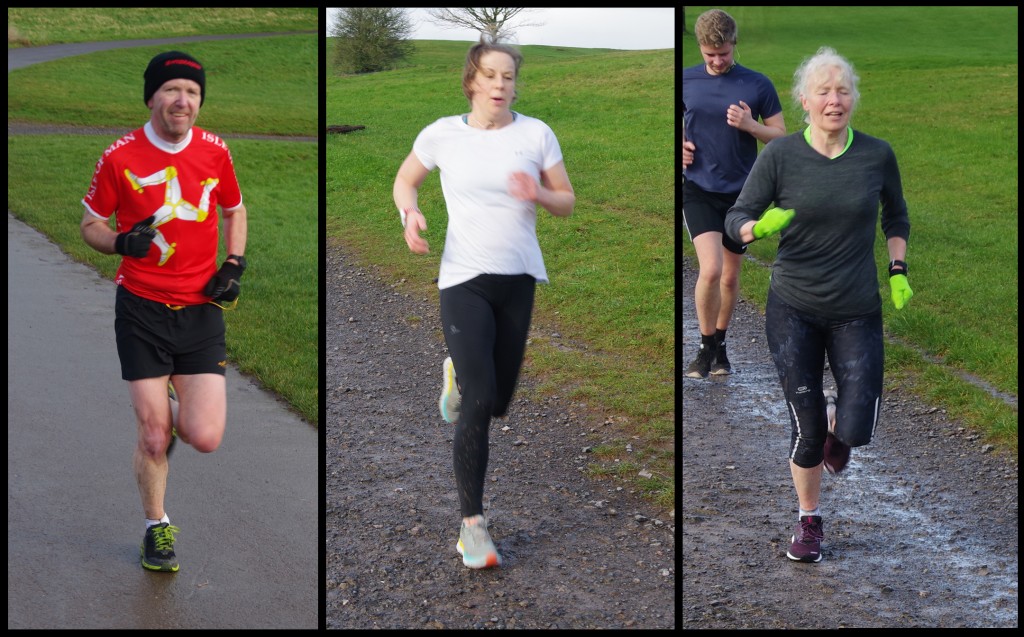 Running with 3 legs might be more of a hindrance than a help, but when you're a Manxman the triskelion comes with the territory. And 3 was the number of visitors we had from the Isle of Man's Nobles parkrun. We don't know if they were travelling together or if it was all a coincidence, but from left to right they're Steve Callaghan, Catriona Watt and Janette Gledhill (photo: Rich Kenington)

One of our regulars Desmond Jones has never visited any other parkrun and has in fact completed a streak of 150 Ashton Court parkruns without a break. Not only that, but Des ran his 250th parkrun overall this week. Des is the first person to complete all 250 runs at Ashton Court - well done Des! We look forward to seeing you in your new green t-shirt. We had an Excellently Elegant selection of females all with names beginning with E reaching their 100 milestone; Ellen Brooks Pollock, Emma Wellham and Eloise Morton. Lilla Farkas Kiraly reached 50 this week, and junior Misha Evans completed his 10th run. Well done to you all. 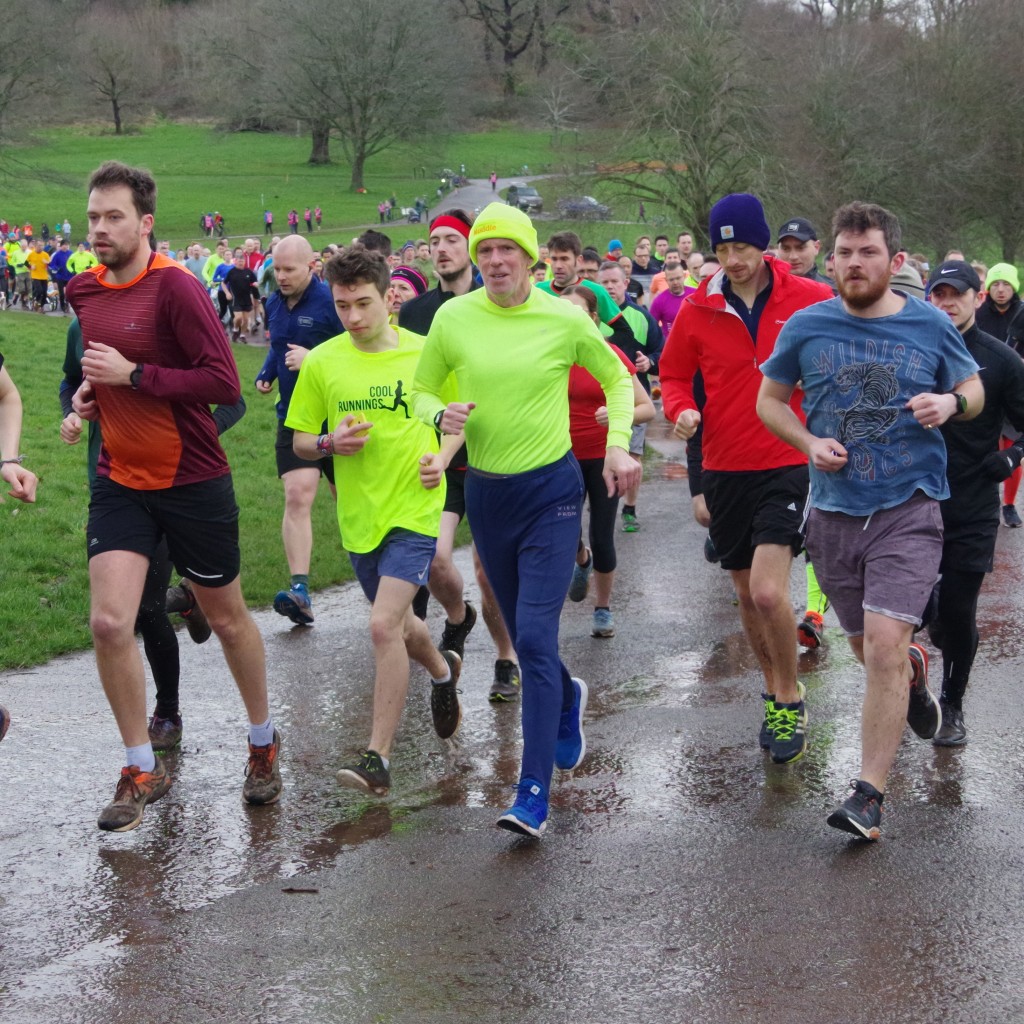 Wearing matching hat and shirt, Desmond Jones, a little under 5k away from completing his special milestone (photo: Rich Kenington)

I don’t know of anyone celebrating a birthday milestone on 29th February, but I’ve always thought they got a pretty raw deal in only having a birthday every 4 years. According to parkrun UK’s random statistic of the week (published on social media), 4,440 parkrunners worldwide were born on 29th February. 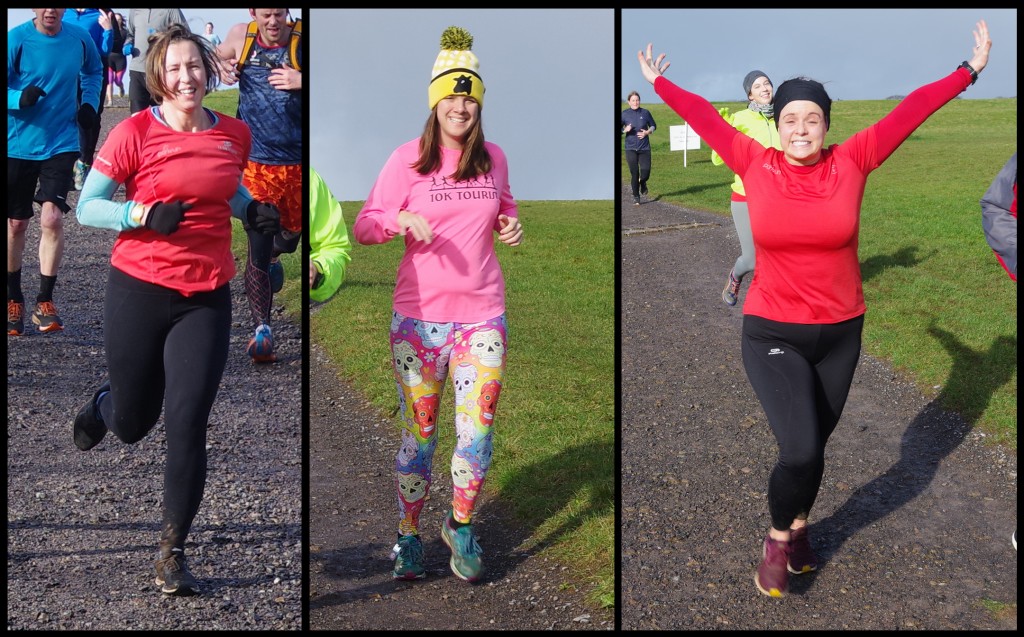 Leap day is also the traditional day that a lady can propose marriage to a gentleman. I didn’t see or hear of any such proposals at Ashton Court this morning, but I do know that parkrunners at Vogrie parkrun in Midlothian and at Nova Prestatyn parkrun were treated to propositions. 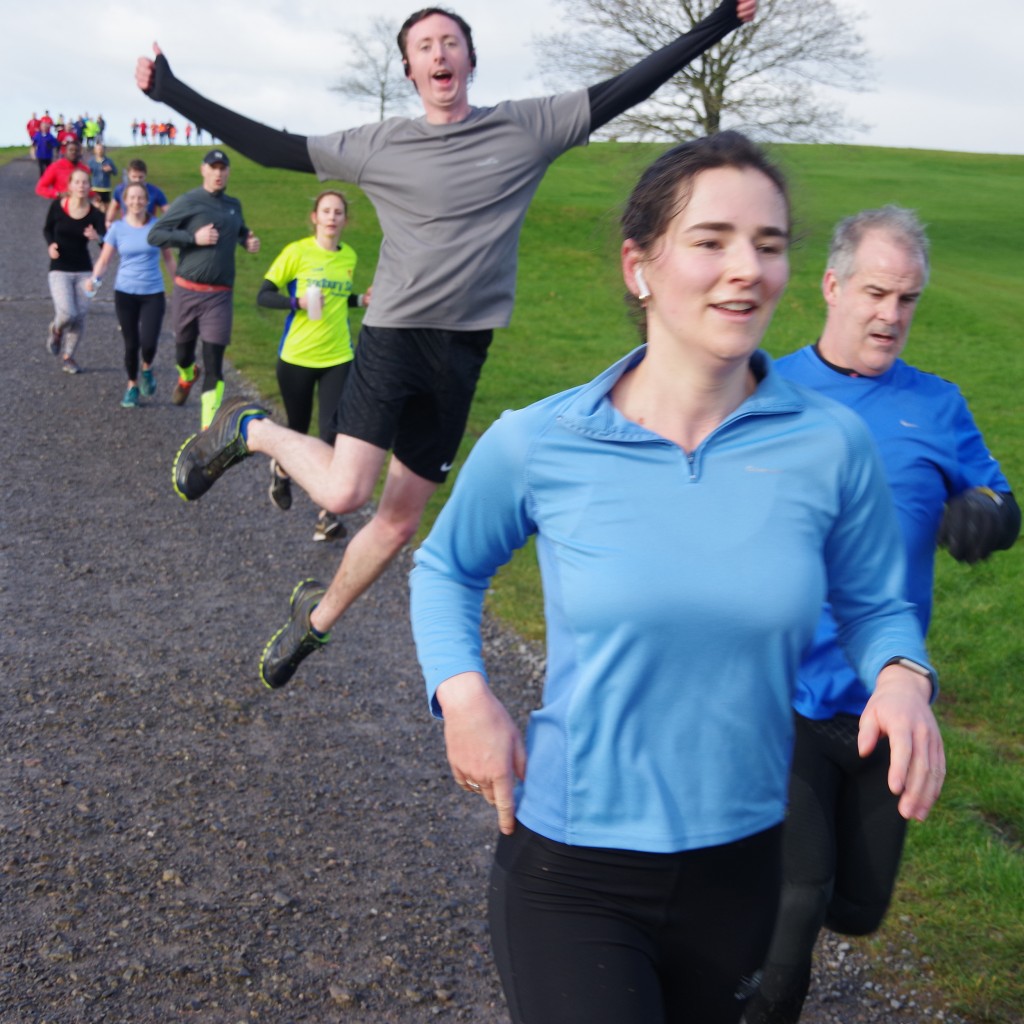 Best leap of the day came from Pete Spain. Blissfully unaware of the shenanigans behind them are Sarah Gunn and Stephen Cotterill. Sarah would finish just 5 seconds behind her best time here (photo: Rich Kenington)

The Ladies will be in charge again at next week’s parkrun celebrating International Women’s Day when we hope to have an all-female team of volunteers to look after you, and we'll all be wearing purple! We’ll see you all again then. 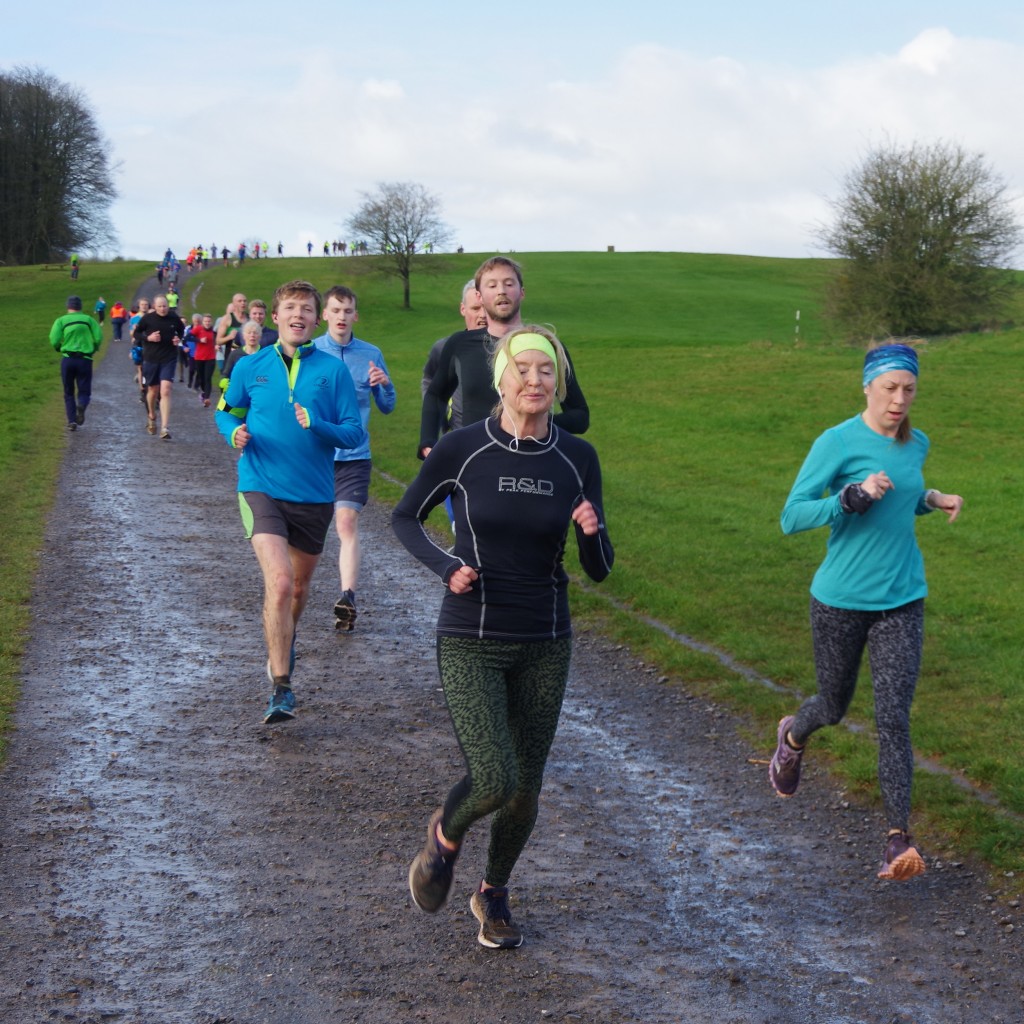 On the right, in pensive mood and perhaps already composing this run report, is Liz Hill, with Jennifer Owsley alongside. Jen was taking part in her 200th Ashton Court parkrun (photo: Rich Kenington)

Rich Kenington, p438, followed the pack and took photos of most of you chasing down the hillside. You'll find them on our Google Photos pages, and in our Flickr group.