What a great weekend it was at Barry Island parkrun last week. We shared the course with Barry Wartime Weekend, had our female course record smashed, witnessed the birth of the "Freyne Club" and welcomed the Scottish parkathon Team on Sunday for a freedom run of our course! 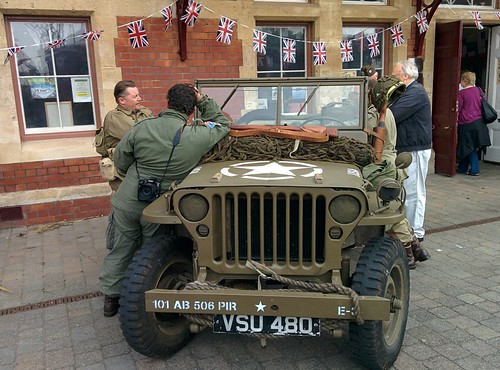 Last weekend saw the return of the annual Wartime Weekend at Barry Island with 1940's themed stalls, reenactments and entertainment. Sadly the Red Arrows had to cancel due to poor weather delaying their departure from Scotland, but the event attracted thousands of visitors and we all played nicely together

Female Course Record
Last Saturday saw the debut run at Barry Island of South Wales running star Emma Wookey who proceeded to smash the previous female course record of 19:27 by 1m 18s and finish in an incredible time of 18:09. Congratulations Emma, we think that record may stand for a while.

Freyne Club
We were truly humbled on Saturday when Paul Freyne chose to run Barry Island parkrun as his 250th parkrun location. Congratulations Paul, what a fantastic achievement.

As if running with us for this landmark moment wasn't enough, Paul later commented that Barry Island was in his top 5 parkruns, along with Portrush, Bere Island, Southsea and Derry City! 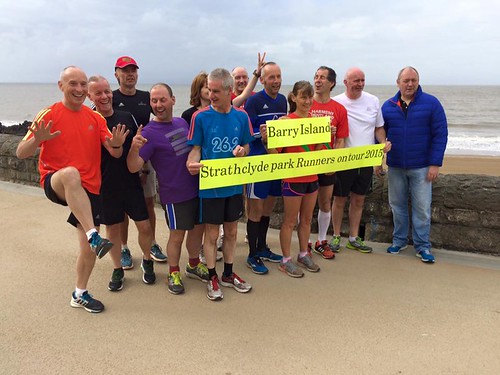 Sunday 21 June saw us welcome the Scottish parkathon Team to run the penultimate leg of their mission to run every parkrun course in Wales over the longest day weekend. It was great meeting them all and it was fantastic that local parkrunners were able to join them to guide and support them around our fantastic course.

This week there were 110 runners, of whom 32 were first timers and 42 recorded new Personal Bests. Representatives of 10 different athletics clubs took part.

Barry Island parkrun started on 2nd May 2015, and since then 478 different runners, including participants from 48 athletics clubs, have completed 887 runs covering a total distance of 4,435 km, and there have been 215 new Personal Bests.

Happy running everyone, see you all next week