The cold weather and a course change couldn’t deter 116 hardy Barry Island parkrunners on Saturday morning as they made it the fifth successive week with a field of over 100 runners. Pick of thi week's 17 strong volunteer team was Phill Watts, who became the latest member of the milestone club, as he racked up his 25th volunteer contribution.

The temporary closure of the Eastern shelter of the promenade, which normally houses the run’s start and finish, meant that co-Event Directors Ian Thorne and Lyn Evans were out on the prom with their calculators and surveyor’s wheel on Friday afternoon. They assessed and measured a temporary 5k course starting, instead, under the Western shelter at the opposite end of the prom. The new course seemed to suit the runners, as they clocked up 19 new Personal Best times, including all top 3 finishers. Regular runners were relieved that the new 2.3 lap course meant only two climbs up Heartbreak Hill on Nells Point, rather than the three they enjoy so much on the usual 3-lap alternative course.

The start, finish and turn-around of the temporary course. Picture by Lyn Evans. 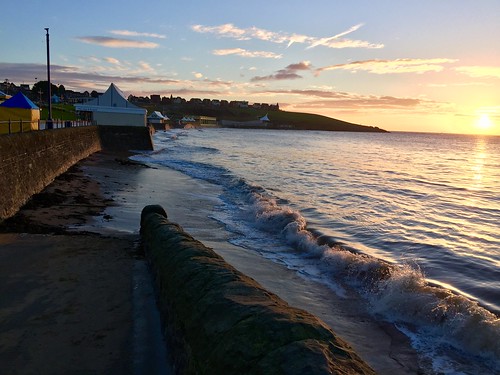 This was the sight that greeted the early volunteer set-up team on Saturday at the Western end of the prom. Picture by Ian Thorne on Lyn Evans's phone!

To ensure a smooth start from its new location, Rich Treadgold guided runners to the shelter in the bright sunshine and Ben Butler-Madden provided the new runners’ briefing. The day’s Run Director, Lyn Evans, then set the runners off heading Eastwards down the prom, before they turned round to pick up the regular course route for most of the remainder of the run. 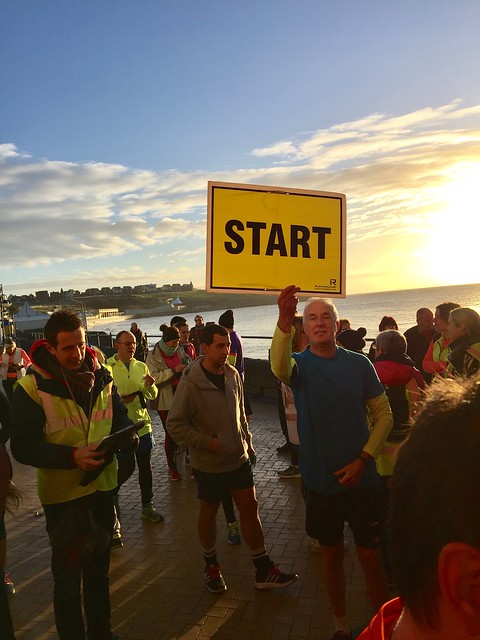 Ben (left) and Richard (right) briefing and guiding the runners at the new start. Picture by Lyn Evans. 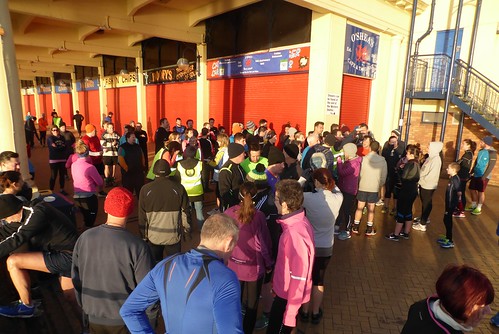 Runners gather at the new start under the Western shelter. Picture by Malcolm Bradley. 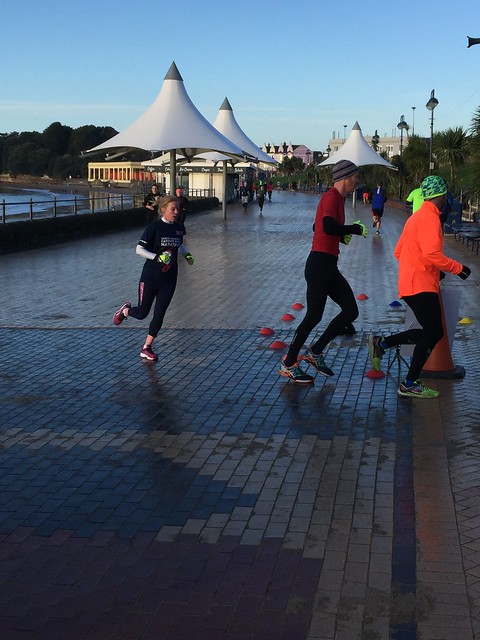 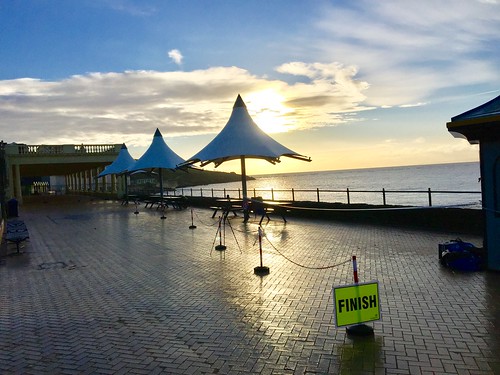 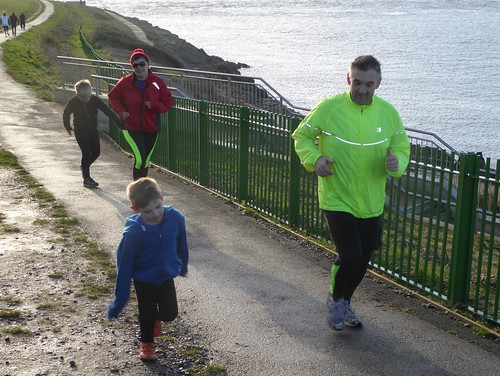 A smiling family of 4 first timers on Nells point. Picture by Malcolm Bradley.

A focussed lead group early in the run. Picture by Kevin Moore photography.

Two first time visitors led home the women runners, as Antoinette Nurse was first female (10th overall) over the line in 21:26, followed in second by Helen Griffiths of Penarth and Dinas Runners, in 24:39. Iona Graham was third female finisher in 26:32 in just her third Barry Island parkrun. 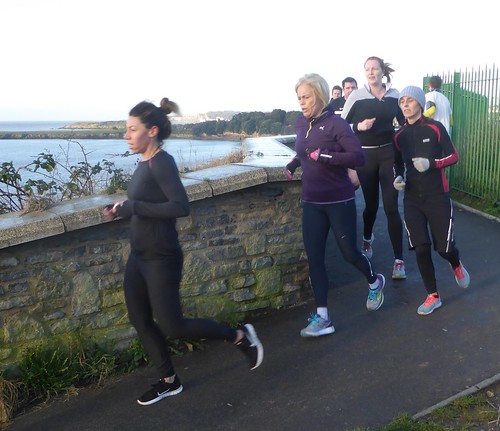 A determined group rounding the S-Bend. Picture by Malcolm Bradley.

As the number of parkrunners continues to grow every month, it was noticeable that 20 people were first time runners at Barry Island and that 38 runners had so far taken part in 5 parkruns or less. Around the UK on January 7th, well over 110,000 people took part in a 5k parkrun event, easily setting a new participation record. This was not a surprise, as the previous day, more than 12,000 people signed-up to become a parkrunner. This was also a new record.

Around the world, more than 3 million people have now registered with parkrun. All that’s needed to enjoy the first full parkrun experience is to sign up, turn up and run (or walk or jog) 5k. Presenting a personal barcode at the finish ensures a time in the week’s results - so don’t forget it.

Barry Island parkrun is a free, weekly 5k timed run and is open to anyone of any ability from age 4 upwards - runners, joggers or walkers alike. It starts at 9:00 a.m. every Saturday morning at Barry Island promenade. The start location can vary, depending on what’s happening on the prom. Find out more on the run website at: www.parkrun.org.uk/barryisland. It’s entirely organised by volunteers. Anyone wishing to help out can get in touch by sending an email to: barryislandhelpers@parkrun.com.

After 90 Barry Island parkruns, 2,184 different runners, including participants from 200 athletics clubs, have completed 8,639 runs covering a total distance of 43,195 km. There have been 1,772 new Personal Best times set. They have been supported by 296 volunteers.

This week's full results and a complete event history can be found on the Barry Island parkrun Results Page.

Photos can be found in the Barry Island parkrun Flickr Group.