In typical winter style, Saturday saw a cold damp start however this did not stop 170 runners take to Barry Island for the 95th Barry Island parkrun. This was Barry Island’s 4th highest number of runners since the event started in May of 2015.

First past the post this week was Gareth Michael Green of San Domenico RC in a time of 17:52, an unknown runner was second while third for the men was John Morris of Taff Running & Orienteering.

For the ladies this week, it was a close finish with Junior runner Bethan Hardman of Bridgend AC crossing the line in 23:29 just in front of Gina Hardman also of Bridgend AC who was only a second behind in 23:30. Caitlin Williams of Seriously Mad Runners took the third place spot, in a time of 24:00.

This weekend saw the return of the Pacer event, with members from Penarth and Dinas pacing runners at even numbers from 22mins up and including 40 minutes, Sophie Gott who was pacing for 28 minutes also celebrated her 50th parkrun. 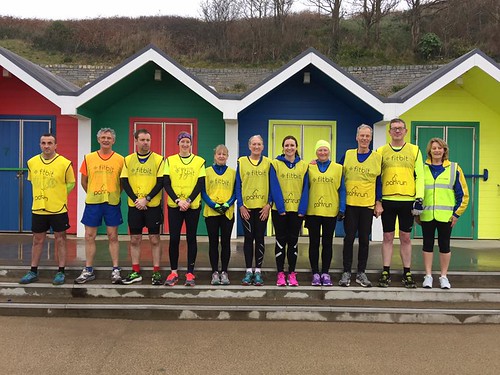 Pacing weekends are always a big hit with our runners as it gives them the opportunity to chase that PB (Personal Best) which always seems so out of reach. Saturday’s event saw 57 runners managing to push that little bit further and cross the finish line with a new PB. 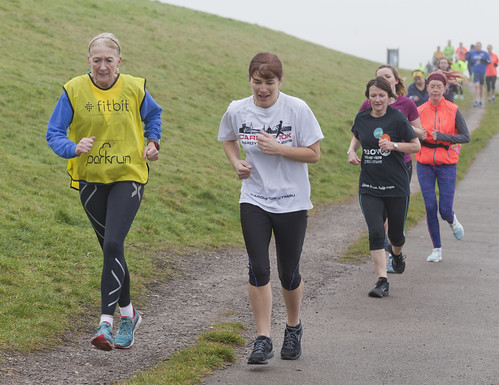 Chasing that PB with the help of the Pacers. Photo by Nigel James

Penarth and Dinas runners were also on hand to answer any questions about their upcoming event, The Porthkerry 5 Multi Terrain race which has proved a very popular run with parkruners.

parkrun events are for all abilities whether you are a walker, newcomer to running or a seasoned runner with Olympic quality. One parkrunner, Helen McCarthy, sent a message to say thank you to Barry Island parkrun and also to local running group Seriously Mad Runners for all the support and encouragement that she has received since joining them.

“I started running last June to get ready for my 1st 5k run for cancer research UK. On 18th June, I came alone a bit unsure but completed my first run with a time of 37.48
Saturday I came for my 33rd parkrun and came away with a new PB time of 27.42.”

“Massive thank you to the pacer at 28mins” 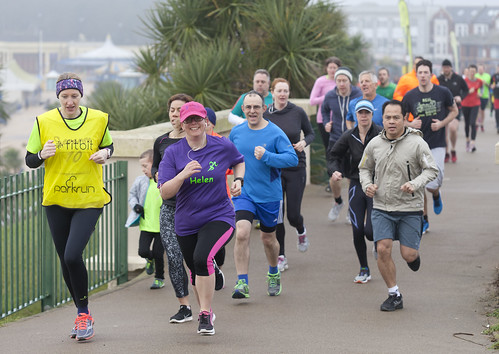 Since 18th June Helen has participated in 33 parkruns at Barry Island and managed to record an amazing 14 Personal Best times.

Each week we are luck enough to have our Run Reports published in the Barry & District News. If you are unable to get a print copy of the newspaper, the online version can be found here, you'll find the Run Report in the Sports section.

This week there were 170 runners, of whom 9 were first timers and 57 recorded new Personal Bests. Representatives of 17 different athletics clubs took part.

Barry Island parkrun started on 2nd May 2015, and since then 2,263 different runners, including participants from 202 athletics clubs, have completed 9,318 runs covering a total distance of 46,590 km, and there have been 1,948 new Personal Bests.

Today's full results and a complete event history can be found on the Barry Island parkrun Results Page.