A busy local running weekend made for a full volunteer roster at Saturday’s Barry Island parkrun, as many of the regular parkrunners rested-up ahead of the Cardiff 10k, Newport Half Marathon and a cross-country meet in Swansea. Some of the volunteers took the opportunity to try out new roles. It was still another three-figure field however, as 118 runners took on the 5k course in cold but sunny conditions. This was the 12th successive field of over 100 runners. So far this year, numbers are up by over 70 per cent compared to the start of 2016.

Before setting the runners off, the day’s Run Director, Lyn Evans, presented certificates to the points league table toppers. It was a Williams family clean-sweep in the women’s table, with Caitlin in first place on 3476 points, mum Lisa in second on 3240 points and big sister Bethan third on 2980 points. 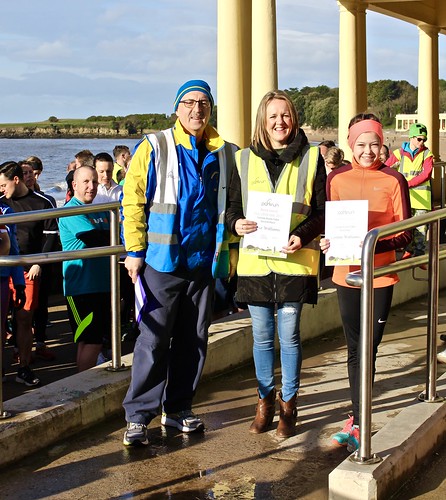 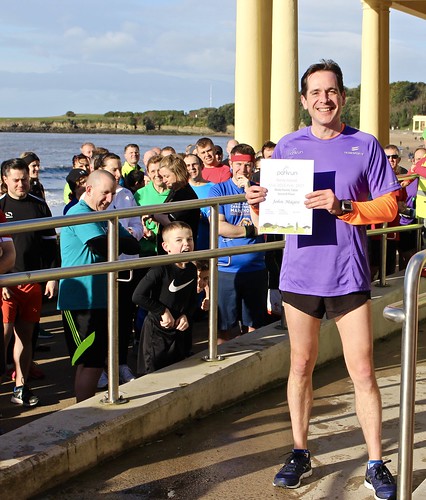 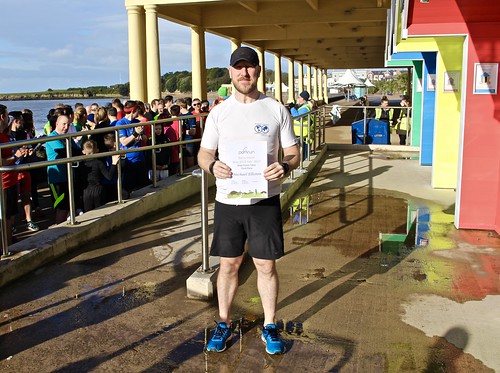 Special certificates were also awarded to the two most prolific volunteers, Dave Shields and Denise Aplin. Both will shortly be taking up Run Director roles at Barry Island parkrun and the new Barry junior parkrun respectively. 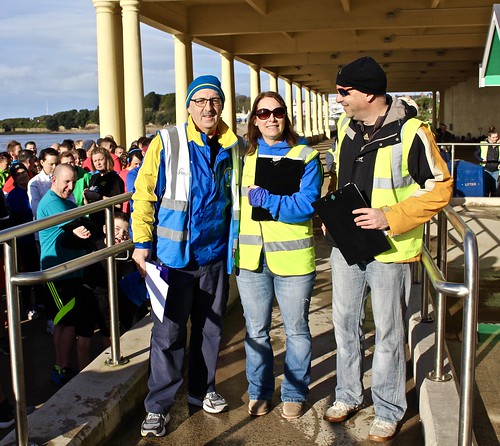 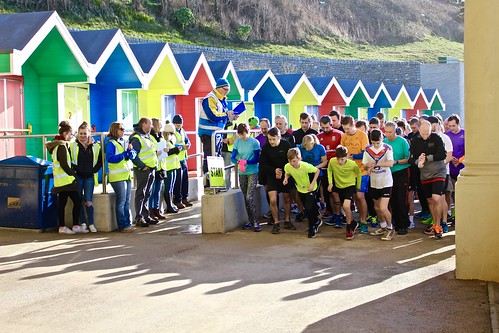 Runners and volunteers at the ‘gun’. Picture by Ian Thorne.

Amongst the 118 runners there 12 were first time Barry Island parkrunners and representatives of 9 different athletics clubs. These included Jenny Mulhearn from Reading Road Runners and Andrew Williams from Park Bryn Bach Running Club. Jenny commented "Thanks for your hard work and that of all of your volunteers. You have a very picturesque run which we really enjoyed this morning." 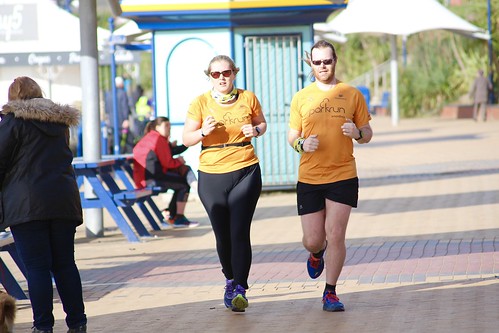 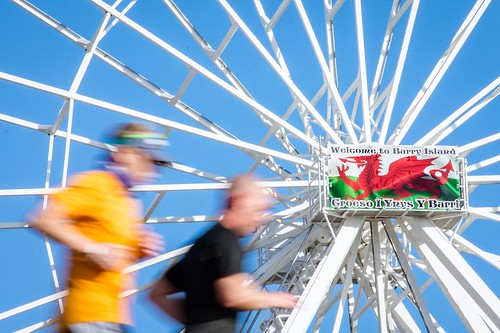 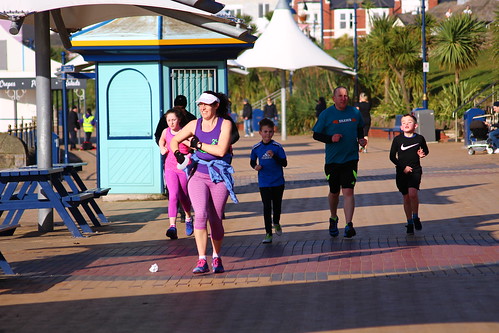 Some of this week’s junior runners in action on the prom. Picture by Ian Thorne. 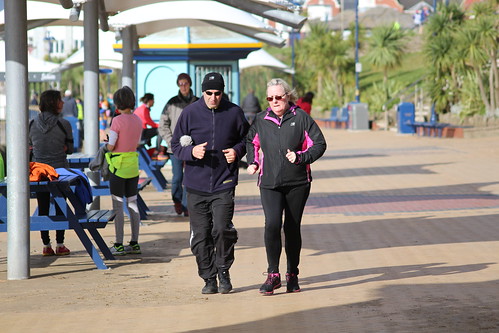 Phil and Nicola Leach putting in a strong finish. Picture by Ian Thorne.

There's been a very good response to the recent appeal for volunteers to support a junior parkrun at Romilly Park in Barry. Lyn Evans, the parkrun ambassador responsible for setting up the event commented “We’ve had a fantastic response to our volunteer appeal for a Barry junior parkrun, with over 25 people offering to help. The essential Event Director and four Run Director roles have been filled by experienced parkrun volunteers and we’re now working together to finalise for a start later in the Spring. Once all the appropriate child safeguarding measures are in place, then we’ll be able to announce a start date. The team is very excited at the prospect.”

In the UK, more than 2 million people have now registered with parkrun. All that’s needed to enjoy the first full parkrun experience is to sign up, turn up and run (or walk or jog) 5k. Presenting a personal barcode at the finish ensures a time in the week’s results - so don’t forget it.

Barry Island parkrun is a free, weekly 5k timed run and is open to anyone of any ability from age 4 upwards - runners, joggers or walkers alike. It starts at 9:00 a.m. every Saturday morning at Barry Island promenade, normally under the Eastern shelter. Find out more on the run website at: www.parkrun.org.uk/barryisland. It’s entirely organised by volunteers. Anyone wishing to help out can get in touch by sending an email to: barryislandhelpers@parkrun.com.

After 97 Barry Island parkruns, 2,290 different runners, including participants from 203 athletics clubs, have completed 9,561 runs covering a total distance of 47,805 km. There have been 1,994 new Personal Bests. They have been supported by 330 different volunteers in over 2,100 roles. 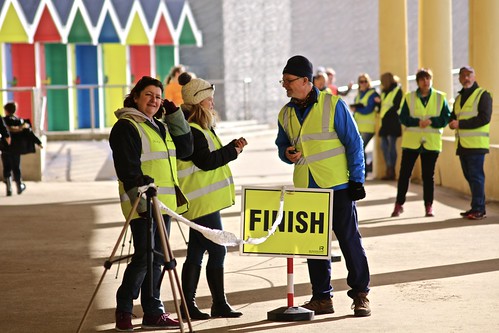 This week’s full results and a complete event history can be found on the Barry Island parkrun Results Page.

More photographs can be found in the Barry Island parkrun Flickr group.