The alternative course greeted this weeks parkrunners for event number 107. The regular course was out of action much to the delight of the 148 runners. The three lap alternative route is a welcome change but only needs to be used when there are events using the promenade and Eastern shelter, these being areas of the regular start and finish.

The volunteers and runners congregated at the new meeting point with plenty of new faces paying a visit. parkrun ‘tourism’ is very popular, this is where parkrunners run at a location away from their home parkrun. parkrun tourists visit Barry Island weekly and come from far and wide. This week’s run was visited by tourists from Llantwit Major, Port Talbot, Bridgend, Neath, London but most notably by Victoria Tang of Perth Urban Runners and Kayee Tang, both of whom’s home parkrun is Claisebrook Cove parkrun, Perth, Western Australia. Victoria, not surprisingly a first time visitor to Barry Island parkrun crossed the line in 30:37 in her 22nd parkrun, with Kayee, also a first timer to the Island crossing the line in 27:04 in his 202nd parkrun. 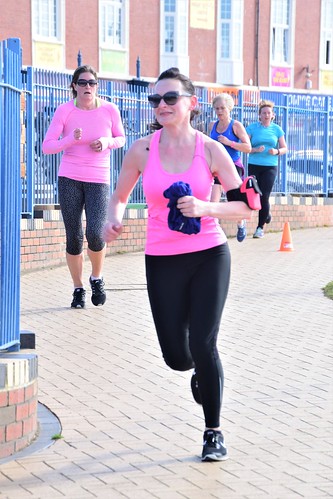 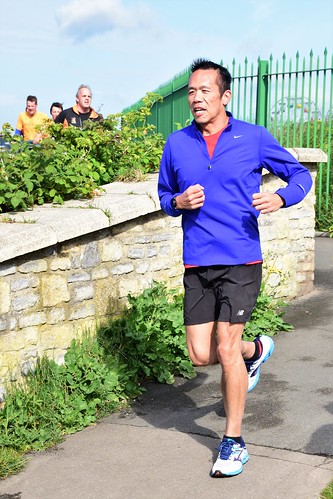 The event was made possible by 29 volunteers. With some of the regular volunteers unavailable there were a few apprehensive faces as some of the first timers stepped straight into key roles. The newcomers soon realised that all roles are straight forward as all new volunteers are generally paired with an experienced volunteer for their first outing. Andrew Thomas took on a barcode scanning role for his first stint as a volunteer, Frank Atherton issued the finish position tokens and Craig Gardiner took on the funnel manager role. Christian Mears stepped into a timekeeping role for the first time having previously taken on course marshal roles. All carried out their roles superbly thanks to some top coaching from Amber Condy and Mark Bloomfield and under the watchful eye of Run Director Ian Jenkins. 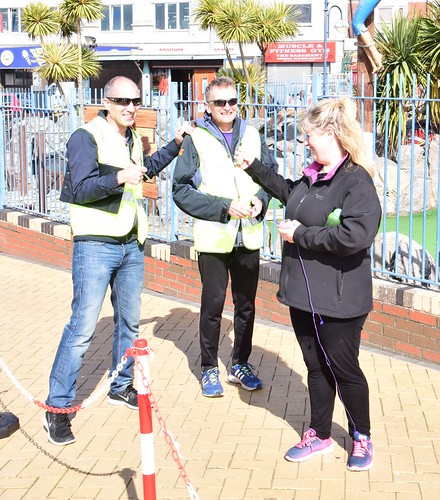 No sooner had the field headed off up through the gardens, the front runners were approaching the turnaround point at the end of lap one. There followed a steady flow of runners, this week 148 people ran, jogged and walked the course. 30 were first timers and 10 recorded new personal best times. Representatives of 16 different running clubs took part. 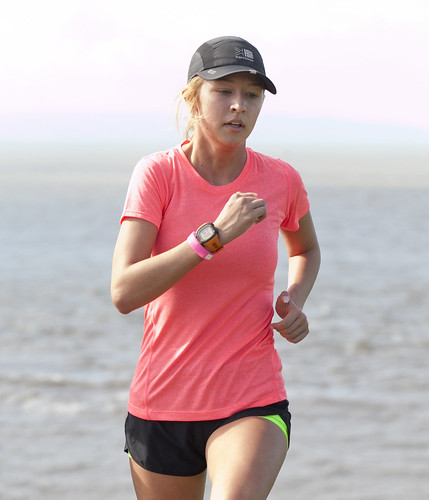 parkrun is not a race, however this didn’t stop a bit of friendly competition especially from the youngsters. JM10 category runners Oliver McNabb and Deri Hassell, who was taking part in his first ever parkrun, were neck and neck at the final corner, with Oliver taking advantage of the crowd in front of them and just pipping his pal Deri on the line, both finishing in an equal time of 32:57. 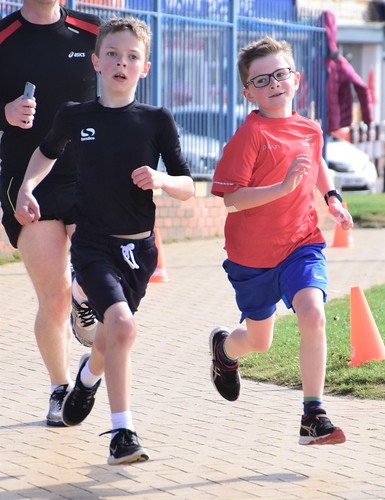 Among the first time parkrunners was Etta Dobbins of Major Milers Running Club. Etta took on a real challenge for her first parkrun and completed the 5k alternative course in 34:41. Major Milers RC is a new running club aimed at supporting runners of Llantwit Major and the surrounding areas. The club, formed recently by a few Barry Island parkrunners, is open to all of any ability and meet on Tuesdays and Thursdays. Etta was joined by fellow Milers Jo Wain, also taking part in her first parkrun and Martin Hignell who completed parkrun number 20 in 25:55. 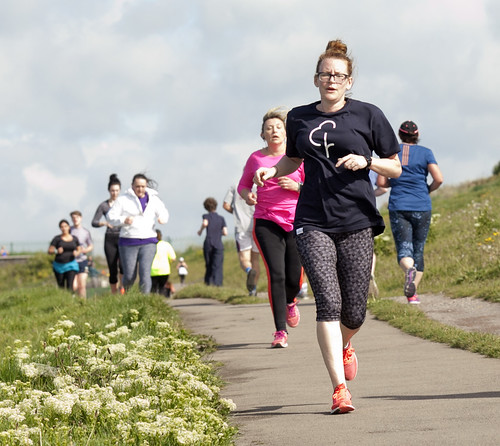 There was a special mention during the pre-run briefing for Stuart Keeping who reached the milestone of taking part in 50 runs, with 45 of these being at Barry Island. Stuart welcomed the round of applause he received from his fellow parkrunners and finished his 50th run in a time of 23:08, 16th position overall. 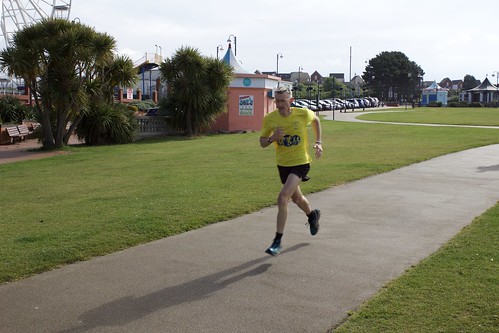 This coming Saturday sees a second consecutive week on the alternative course. The alternative course requires a few more volunteers than the normal course, so if you would like to help out contact the team via email at barryislandhelpers@parkrun.com or via the Barry Island parkrun Facebook page.

The weekends full results and a complete event history can be found on the Barry Island parkrun Results Page.