There was certainly a family feel last weekend as Barry Island saw parkrun return to the regular, two lap, course. The sun was shining and 132 runners gathered at the Eastern end of the promenade. Volunteer Rachel Gibbs gathered together the newcomers and first time parkrunners and delivered her first new runners briefing. The 14 attentive listeners were soon joining the rest of the field on the start line ready for the off.

It was busier than usual with other events taking place around the Island the volunteer team were tight on numbers. A few of the regular runners recognised this and gave up their planned run to assist with ensuring the course remained as safe as possible.

Among this weeks first timers were visitors from Swindon, Manchester and Sydney, Australia. Young Darci was visiting the Vale from Down Under to visit her family who are regular visitors to the Island and took the opportunity to run with Oliver, Rhys and James McNabb, whilst Lynette took on barcode scanning duties as one of the volunteer team. 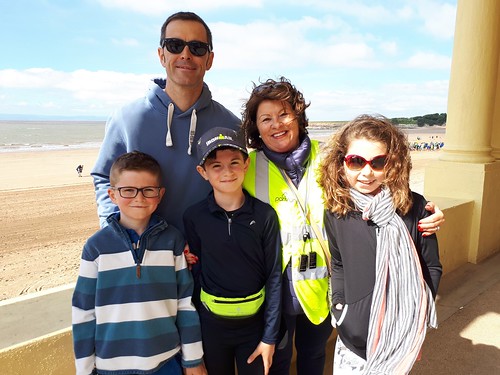 The McNabb Family, the runners & volunteer – Photo by Ian Jenkins

Father and son outfit Craig and Andy Gardiner both had good runs with dad Craig finishing in 26:57 whilst Andy, visiting from Cheltenham and County Runners took top spot, crossing the line in 17:54. 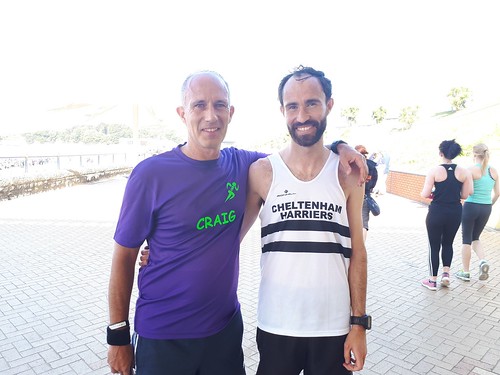 Thomas Lowrie (JM15-17) was second over the line recording a personal best time of 19:13 having been first to finish once before. Matthew Ryan (VM40-44) was third over the line in 19:52 and has taken top spot on 4 previous occasions. 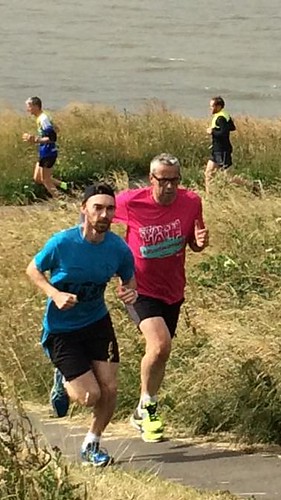 Splitting the father/son in law duo and also recording a personal best time was Debbie Evans (VW45-49) of Penarth & Dinas Runners. Debbie was first of the ladies to cross the line, finishing 13th overall in 22:46, her first time in 3 appearances. 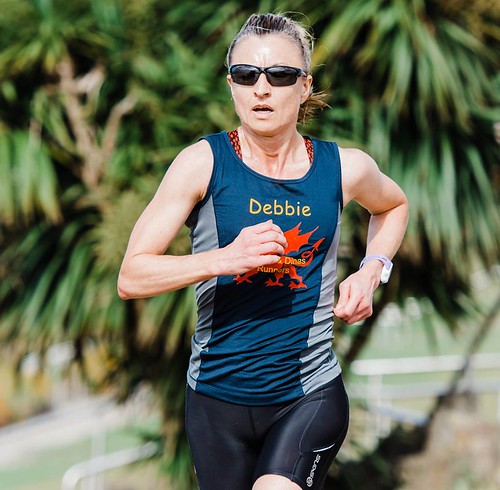 Caitlin Williams (JW11-14) of Seriously Mad Runners (Barry), was second (18th overall) over the line in 24:07 and has been first to finish on 6 previous occasions. Bethan Apglyn (SW25-29) of Penarth & Dinas Runners, was third female finisher and 19th overall, crossing the line in 24:12.

Anyone who runs at Cardiff would have recognised a familiar face at Barry Island this week. With 194 parkruns under his belt, Errol Alexis was paying his fourth visit to the Island run. Errol, who runs in the VM80-84 category crossed the line in 43.19 on his first visit to the course this year.

With parkrun becoming more and more popular, newcomers are quickly becoming regulars. Two of Barry Islands new ‘regular’ runners are Amber Pringle and Abbigail Pringle. With 7 and 8 runs respectively both ladies set new personal best times, with Amber posting a time of 26:08 and Abbigail recording a time of 31:43.
Once newcomer and now established regular Rebecca Marytsch completed her 38th event in 38:29, with 35 of these taking place at Barry Island.

This week 132 people ran, jogged and walked the course, of whom 14 were first timers and 41 recorded new Personal Bests. Representatives of 13 different clubs took part and the event was made possible by 22 volunteers.

Barry Island parkrun can only run because of the help and support of its volunteers. There is a minimum number required each week to enable the run to take place and the team are always looking for new volunteers. If you would like to help out at any time contact the team via the Barry Island parkrun Facebook page or by email at barryislandhelpers@parkrun.com

Barry Island parkrun started on 2nd May 2015. Since then 2,648 participants have completed 11,930 parkruns covering a total distance of 59,650 km, including 2,456 new Personal Bests. Saturdays full results and a complete event history can be found on the Barry Island parkrun Results Page.