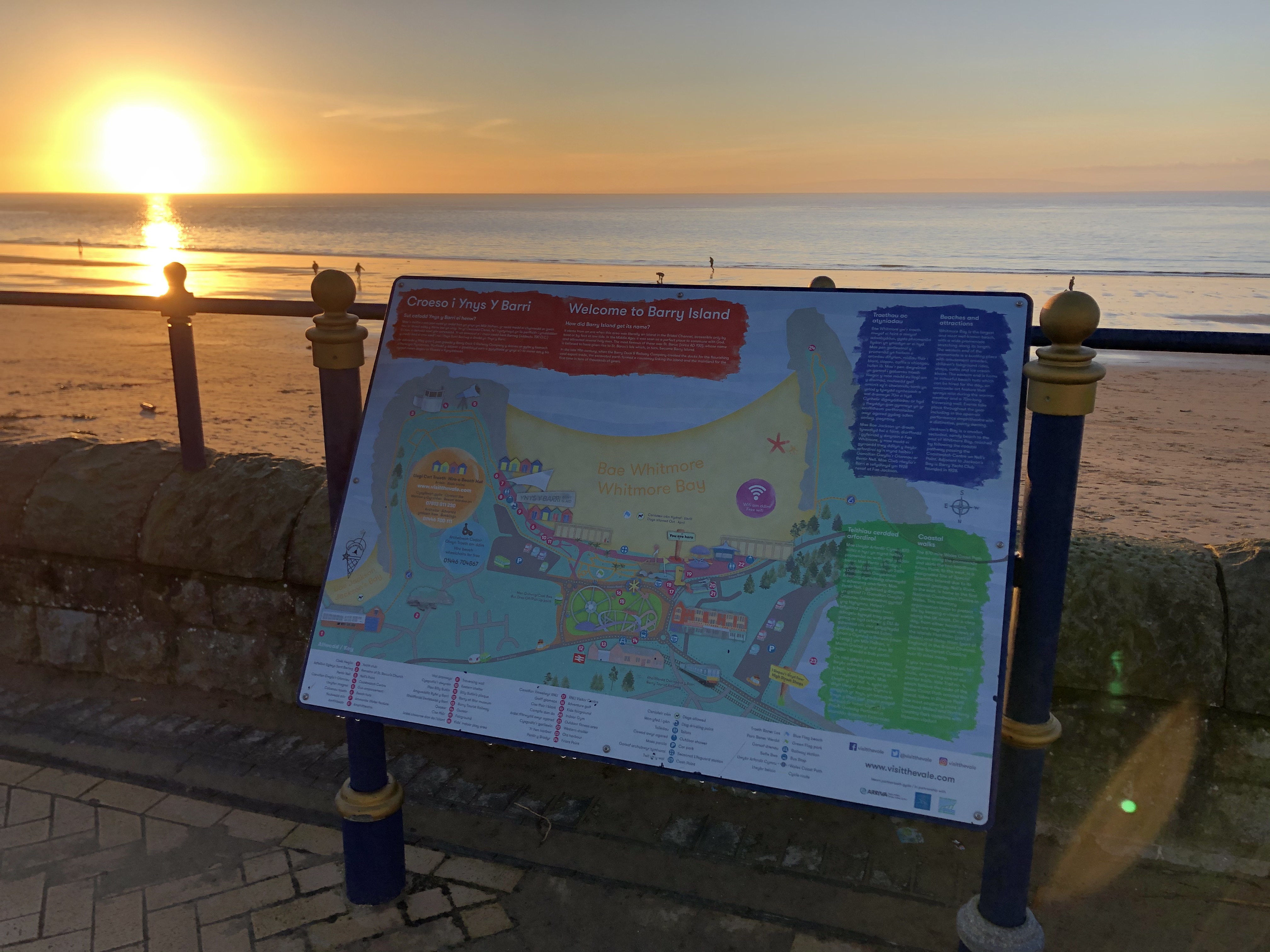 For the first time in the Barry Island parkrun 4+ year history a Christmas Day event was hosted on the beautiful South Wales coastline. The core team figured that maybe 30-50 runners might show up, but in the end 182 runners completed the Christmas parkrun.

Blessed with some positively glorious weather the beach and prom were bathed in warming sunshine, not a cloud nor raindrop in site. Dog walkers galore filled the beach as course prep was underway and enthusiastic parkrunners and supporters meandered their way along the prom to the Eastern Shelter.

With no other events taking place in the area it was the usual 2 lap course along the prom, sharp right at Seafood Swerve then along the coastal path all the way to Heartbreak Hill and back down again to the start/finish area to begin the second lap. OK so the course isn’t flat but it’s also not steep, they are “mounds of opportunity” as I like to call them! 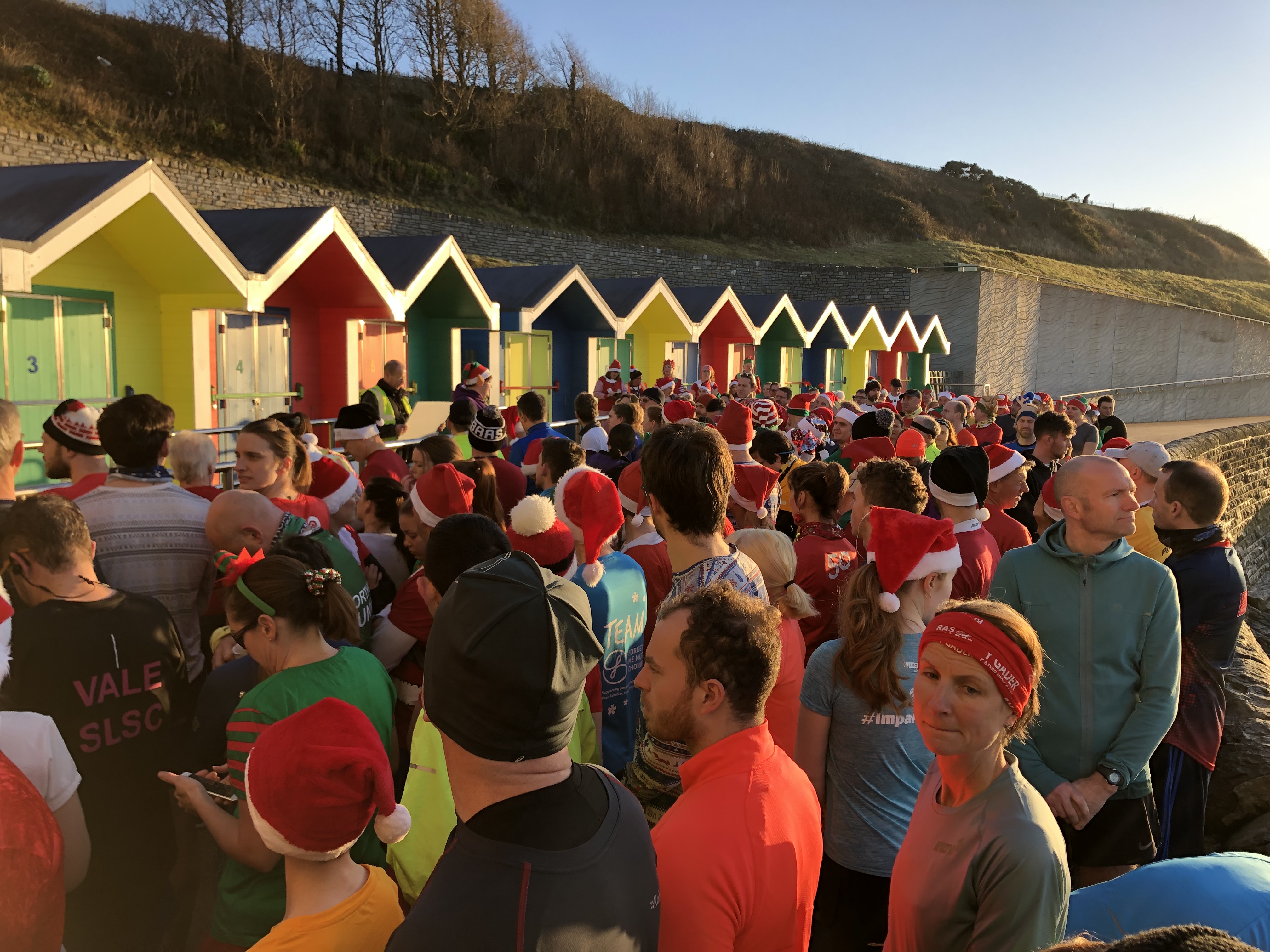 Once Claire Thorne has given us all the run brief we were off and what a site it must have been seeing almost 200 runners in various states of fancy dress pounding along the prom towards… a Sloth! Yes, there was a Sloth at Seafood Swerve cheering and hooting loudly as we all ran past, awesome!

Now the first “mound of opportunity” up and along the costal path, through the S Bend and on to Heartbreak Hill. An aptly named short sharp steep hill with the big reward at the top of going back down again, thankfully. Up a little more then down down down back to Seafood Swerve and along the prom to begin lap two.

The core team with initially worried they’d struggle for volunteers for an event on Christmas Day but there was a full complement of awesome marshals out on the course, so huge thanks go out to;

First finisher today was Ben Butler-Madden in 17:05 who was also celebrating his 100th parkrun, and what a way to do it! First female finisher was Tammy Nurse in 20:35, a new PB for her! She wasn’t alone in bagging a new PB today, in total there were 24 new PB’s achieved and one can only assume this was some form of effort to excuse the festive excesses that were planned later in the day. 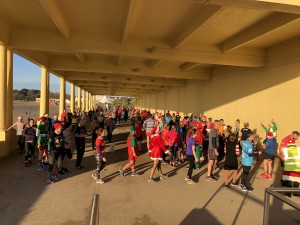 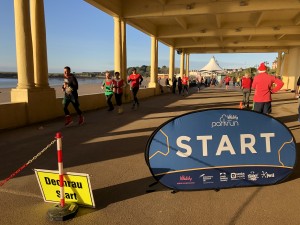 There were also 31 first timers today who are assumed as tourists as it wasn’t their first parkrun, welcome to Barry Island! But better still there were 3 runners brand new to parkrun making today their very first event! Hopefully you will get bitten by the parkrun bug and enjoy many more events to come.

A big thank you to all the other volunteers who helped make todays event happen, we all know without these kind souls there would be no event.

Merry Christmas to one and all and don’t forget there is a special New Years Day run on the 1st January at 9am.