I've written run reports from the viewpoint of a runner before, but never as a volunteer. In the middle of last week, deciding that running a parkrun the day before a 22 mile training run wasn't a good idea, I emailed basingstokehelpers@parkrun.com asking them to add me to the roster and was allocated the role of number checker.  Arriving at memorial park at 8.40 I collected my high-viz jacket and was briefed as to what my role entailed.  As the 528 runners made their way to the start I watched the multicoloured mass moving towards the birdcage. 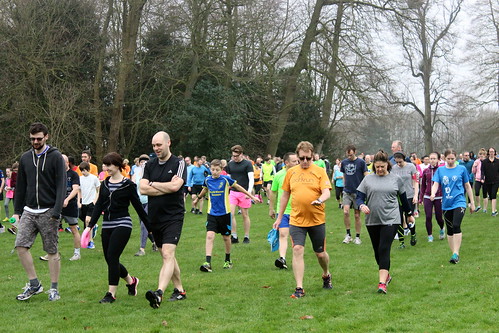 Moments later the signal was given and the runners were off, it was wonderful to watch the stream of bodies growing until it filled the path from the bandstand to the top of tennis court hill.

When the timekeepers returned from the start we had a quick chat so we all knew what we were doing and then there was nothing to do but watch the runners making their way around the park, until the first finishers came over the line. 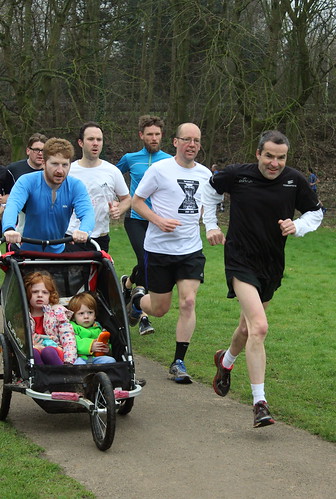 This week's first three male finishers were as follows: 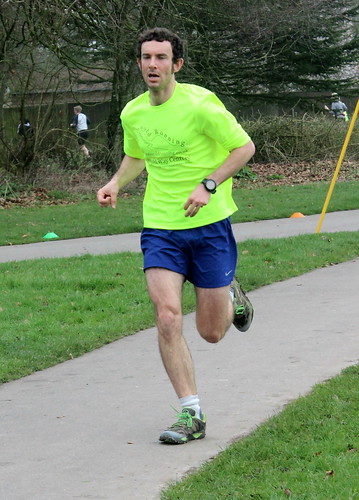 The female placings were: 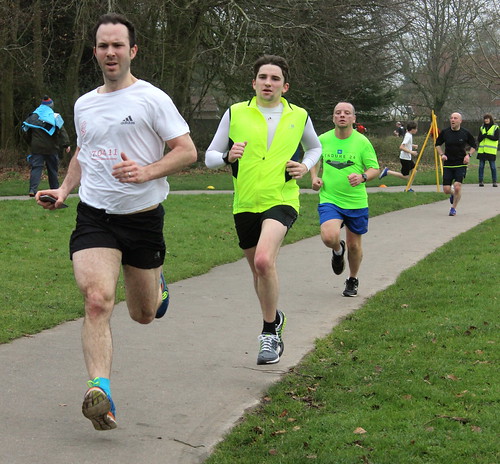 After the first few finishers the runners were coming in thick and fast and I was running up and down the finish funnel checking numbers to ensure that the timings stayed in sync.  Apologies to all the out of breath runners I asked to tell me their name and finish number.

Out of the 528 runners 31 were first timers and 16 first time visitors from other parkruns,   75 runners recorded new Personal Bests and there were representatives of 28 different clubs. 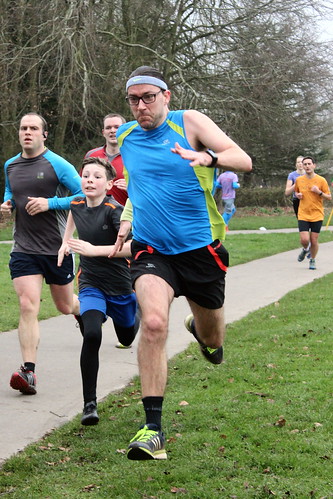 The three highest age grades were recorded by:

There were four milestone runs this week, Harry Lewis joined the junior 10 club, Graham Cook and Vanessa Wright joined the 50 club and Fiona Robertson joined the 100 club.  Congratulations to you all and we'll see you in your club T-shirts soon.

This week's parkrun was brought to you by 36 volunteers, without whom it could not have taken place.  Volunteering is great fun and will give you a different perspective on the event.  If you're interested in volunteering, take a look at the roster for the next few weeks http://www.parkrun.org.uk/basingstoke/futureroster/ pick a date and a role and email basingstokehelpers@parkrun.com to put yourself forward. 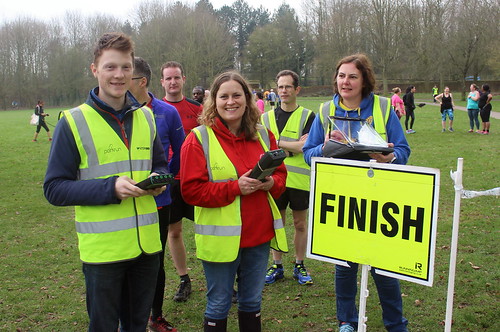