It was never destined to be a ‘normal’ parkrun - and so it proved.

A couple of months ago, when my work Christmas party date was confirmed as Friday 8 December, I opted to volunteer as a tail walker the next morning given that the party would be in London and involve getting back home to Basingstoke very late.  But the party wasn’t the event that had the biggest effect on my experience on Saturday.

On Wednesday, given the recent rain and mud, the core team had made the decision to move parkrun to the winter course, our three-lap anti-clockwise course that is entirely on paths. We are lucky to have the option to do this, but after some sterling effort from John Bigg with a measuring wheel, we also modified the course to start further back, thereby avoiding the 135 degree corner right before the finish straight.

On Thursday, we had to make a late change to the Run Director, with John again stepping in to fill the role when the person on the roster realised they would not be able to make it.

So on Friday, with a full roster of volunteers already lined up, I got on the train to London to make my way to the party. Sadly, the journey to London was not the fun one I had imagined it would be, as news of Mark Sherwood’s untimely death filtered through, first from John, then from a variety of other sources. 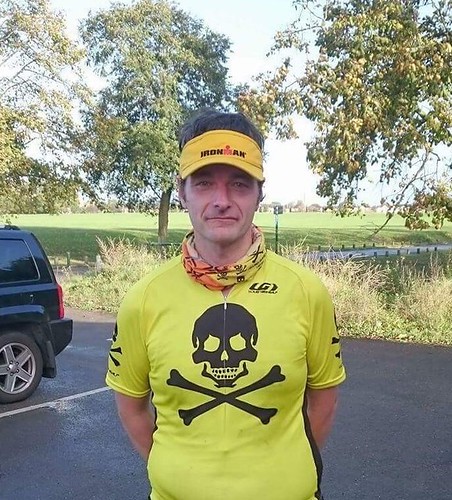 I had met Mark a couple of times while he was volunteering, but hadn’t realised the depth of his love for running, Basingstoke parkrun or the wider parkrun community. Some (mainly parkrun-related) statistics may help get this across:

- Mark was one of 37 people who took part in the first ever parkrun at Basingstoke, on 5 July 2007, finishing in 24:18
- He went on to do 142 runs at Basingstoke, and 331 parkruns in total - including Basingstoke, he ran at 103 different courses, 100 of which were in the UK
- His 100th UK course was at Wilmslow on 2 December
- He also visited parkrun de Montsouris, parkrun du Bois de Boulogne (both Paris), and parkrun Milano Nord
- Mark volunteered on 35 occasions, mainly as photographer or run report writer, and ran the photography roster for Basingstoke parkrun for a couple of years
- He was a member of Chineham Park Running Club and a regular participant in training and races with them
- He was also a regular triathlete and Ironman - a number of people have cited how selfless Mark was in giving his own time to help them run and achieve their own goals.

As my train journey went on, some more information emerged. Mark had been taken ill later in the day after running at Wilmslow. He had suffered a stroke, and was looked after in the Stroke Unit and Critical Care Unit of the Royal Salford Hospital. He had then passed away on Thursday after a short illness. And so while the party was enjoyable enough, there was more to do during it - primarily ensuring that we could arrange for a fitting tribute to Mark the next day and also in responding to the number of people who wanted to check that we had heard the news. 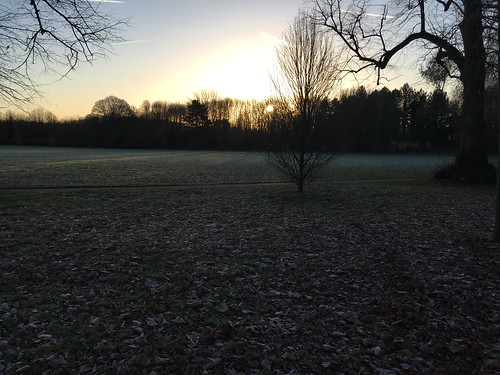 Sunrise in the park

Saturday morning came round, and there was a slightly sombre mood in the park as John’s pre-run briefing started. After John told the 411 runners who had assembled the news about Mark, it was left to Phil Norris to provide a sincere and thought-provoking tribute to Mark and the wide contribution he made during his life. We had a minute’s silence that was impeccably observed - particularly resonant to me was that Mark had run in the same age category as I did. 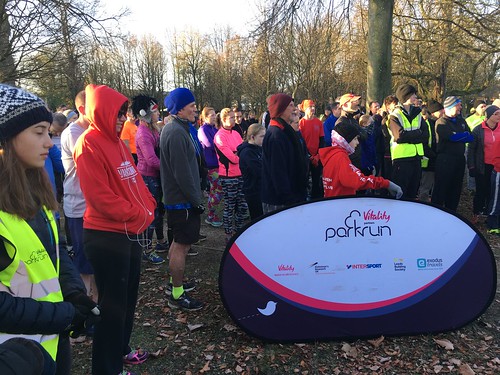 After that it was almost as though the parkrun itself should be an afterthought, but there were still tail walking duties to perform. Normally, you would expect to be with Tommy Millar, Basingstoke parkrun’s serial tail walker who does this role about nine weeks out of ten, but he was acting as a guide runner this week so was otherwise occupied. Instead, I had the pleasure of the company of Isabel Buchanan. Isabel is a student at Bishop Challoner School, and has been volunteering at Basingstoke parkrun in recent weeks as she works towards her bronze Duke of Edinburgh award. 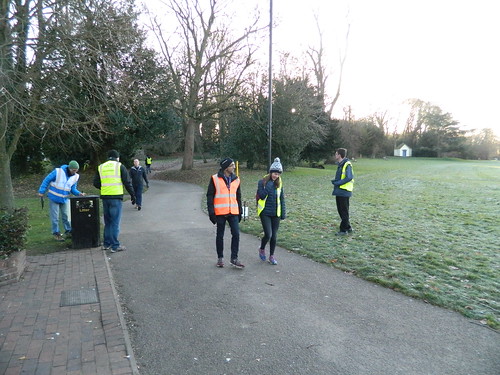 We currently have a number of students using parkrun for either their bronze or silver awards, and for both volunteering and physical aspects - Basingstoke parkrun is an Approved Activity Provider for the award, and anyone keen on taking part is welcome to contact us at basingstokeoffice@parkrun.com or find more details here: http://www.parkrun.org.uk/basingstoke/news/2016/11/08/duke-of-edinburgh-award-parkrun-volunteering-or-physical/

Anyway, as I found out during a fascinating and informative 55 minutes with her, Isabel is a runner of some merit (in the top echelons of her age group at Basingstoke and Mid Hants AC), a keen traveller (she was missing the next parkrun as she would be in Dubai), interested in painting (although a bit of a perfectionist) and a regular cook (again for the Duke of Edinburgh award - signature dish: pizza). 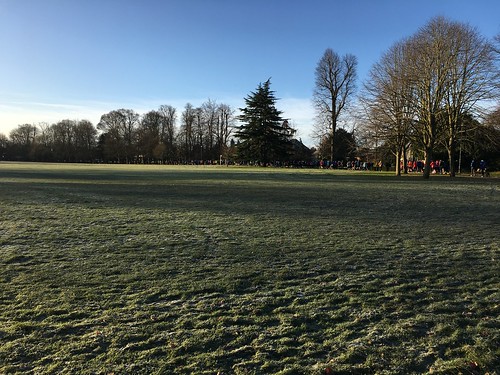 View from the back

Talking wasn’t all we did - tail walkers also act as mobile marshals on the course and have to keep alert for any problems that they see or that runners are encountering. Unlike some occasions last year, it seems that the winter course did not lead to any problems with congestion, especially through the woods, and we appreciated our participants being considerate in this regard.

Because of the three laps rather than the usual two on the summer course, we were lapped by probably two-thirds of the 411 runners, although not lapped twice by anyone as has happened in the past. First finisher was Alistair Bridgeman in 18:28 (his second time in 11 runs) and first female finisher was Kate Robson in 21:20 (her 21st time in 70 runs). Our highest age grade came from Tony Watkins with 78.25%. 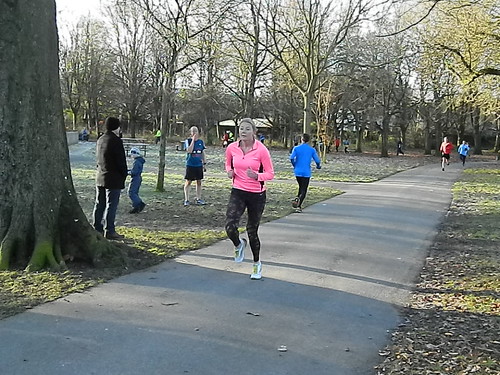 We only had two milestone runners - Deji Adewola ran for the 50th time, and Wendy Hewitt was joined by a number of fellow club members for her 100th run. We also had a milestone achieved by a volunteer as Matthew Bailey did his 25th stint, while Izzy Ruth, Liz Halley and Ali Gladdish volunteered for the first time.

Thank you to all of our volunteers for their help before, during and after the event on what certainly wasn’t a normal day at Basingstoke parkrun.