Would the biggest sporting event to happen this Saturday be cancelled due to wind and rain? Not with the guys and gals from Hi5 on hand to fill the volunteer roster. 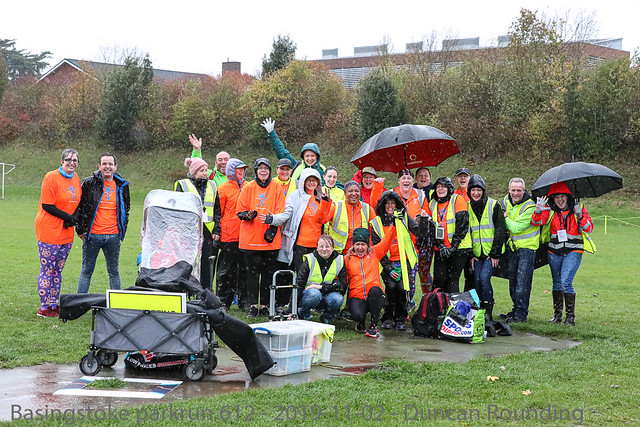 Wait - you didn’t think I was going to talk about the little rugby match did you! Not when there’s parkrun about! You may not know this but at time of writing parkrun has over 6 million registered runners and happens in 22 different countries! (https://www.parkrun.com/countries/).
Basingstoke was actually the 10th event in this country and the last one to be called a Time Trial before the change of name to parkrun...

This Saturday was extra special to me as the running group HI5 Runners Rooksdown that I’m part of stepped up to cover all the volunteering roles. 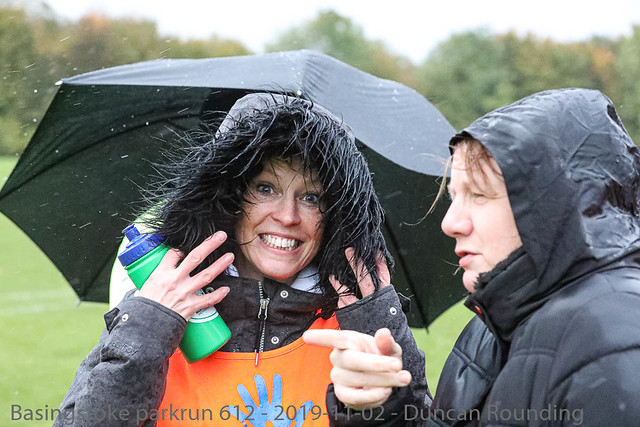 HI5 recently celebrated its 2nd birthday, and in the past year has grown in size quite considerably. Very much like parkrun the group is made up of a mix of abilities and ages. 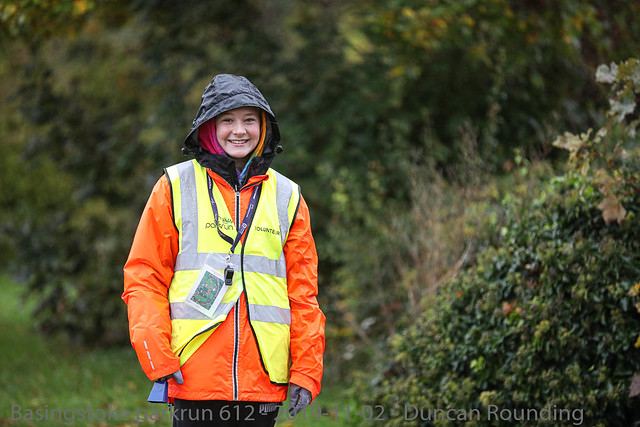 Also like parkrun it runs on the ethos of ‘The more the merrier’.

I did think at 8:45 as the Run Director I might cancel as only the volunteers were at the briefing in the cold, wind and rain, 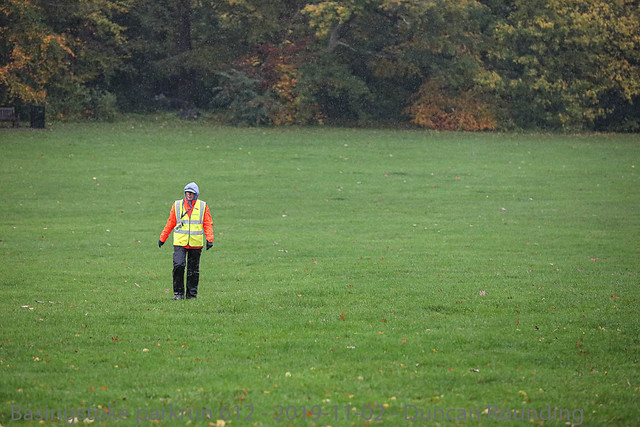 but then some parkrunners started to appear so we pressed on. In fact 272 braved the weather to join the run.
The cold definitely had got to me because I made the terrible faux pas of forgetting to congratulate the milestone runners. Junior Heidi Lloyd reached her 10th run; Graham Kent completed his 100th run; Tommy Miller reached the unofficial 200 runs. Making it to an incredible 250 runs was David Burrell. Many congratulations and well done for completing your milestone runs in the rain.

I also forgot to thank the volunteers! I think on our next pub run I may be buying a very expensive round of drinks. There were a few experienced volunteers present who were there to support the HI5ers, many of whom hadn’t volunteered before at parkrun or were doing a role they had never done before. Thank you from me and HI5 to Mike Athroll, Paloma Dyer, Lisa Hedderly, Mike Stanford, Jack Hedderly, George Hedderly, Tommy Miller, Mark Norris, Caroline Partner, Ryan Partner and Peter Railton. 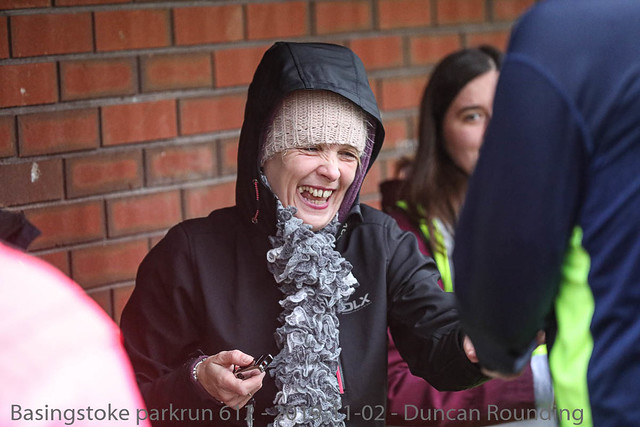 I did remember to welcome any runners new to parkrun, and was surprised and impressed that there were people who turned out on such a horrific day weatherwise to start their parkrun journey. Eight people in fact chose to do so this Saturday; if I had a hat I’d take it off to you, though it would likely still be sopping wet... Well done Ssarah Evans, Gregory Roper, Catherine Aulman, Natalie Pearson, Alison Wall, Polly Bryant, Libby Penn and Aneesha Sainudeen. We also welcomed 11 first time visitors to Basingstoke - sadly I forgot to ask where people had travelled from. 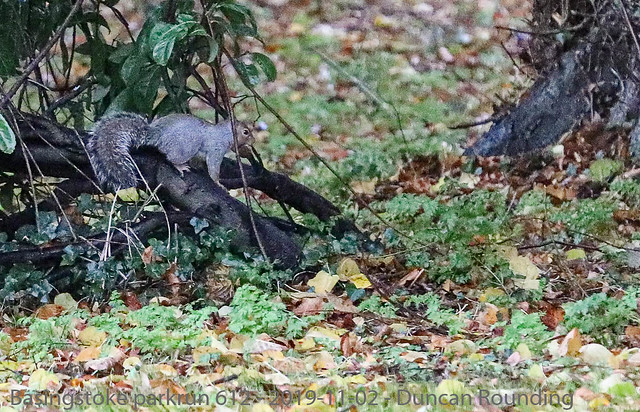 think this little one visited but didn’t have a barcode 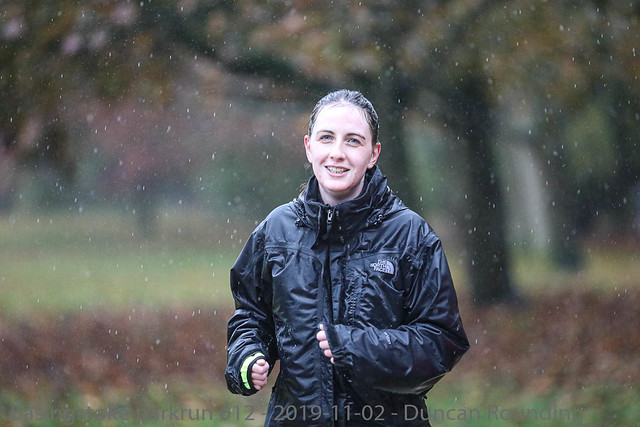 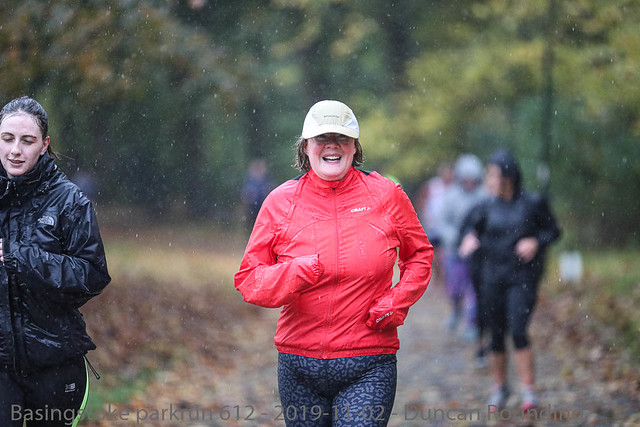 The parkrun worldwide age-graded record holder is Fauja Singh with 179.04%, set at Valentines Parkrun with a time of 38:34 on 31 March 2012 the day before his 101st birthday. On Saturday Tim Ellis finishing 6th position had the highest age-grade of 78.98%. Alison James had the 2nd highest age-grading of 77.12%. 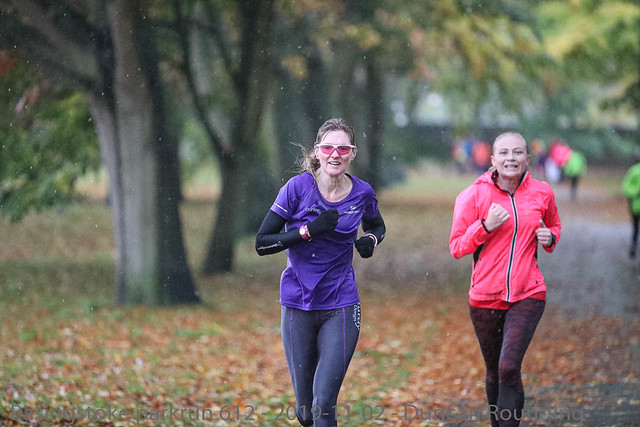 Well done to all the runners that joined myself and HI5 at Basingstoke parkrun this week. Hopefully no one will be nursing a cold, and trusting you all managed to warm up, dry off and feel normal again before we do it all again this coming Saturday, though if we can cancel any rain, wind or cccccold weather from joining us, I am sure all the runners and volunteers will be very thankful.