A great while ago, the world was begun,
With a hey ho, the wind and the rain
But that’s all one, our play is done
And we’ll strive to please you every day
(From Twelfth Night, by William Shakespeare)

I was Run Director today. And I was a little concerned as I lay in bed early this morning hearing the wind howling around outside. Would there be branches down across the paths in War Memorial Park or trees swaying so hard we’d be worried about parkrunners being in danger? After the recent visits to the UK of Storms Ciara and Dennis I thought it would be best to find out early if there was a Storm With No Name set to cause mischief. And so at 0750 this morning I was in War Memorial Park jogging gently round the course (in reverse as it happens) to check all was well. In fact things seemed much better in the park than it had seemed listening to the outside world from my bedroom. There was one large branch down near the path in the Wiggly Woods section, which I moved to a safer place, but otherwise it was mostly small twigs and branches which runners could avoid.

I met Basingstoke parkrunner Lynn Brastock as I travelled around the park, who was out for an early morning warm up run before her parkrun, and then as I approached Totally Tennis I met regular volunteer Mike Athroll who was moving the equipment out ready for our use. Those who have never done the course setup or course close down volunteer roles may not know that Totally Tennis provide a storage place for our heavy equipment to save having to lug it to or from the park – and in return we save some car park spaces for their early morning tennis people.

While Mike, Tommy Millar and Mike Stanford (all regular volunteers) set off with posts and cones to mark out the course around the park, I waited for others in the setup team, Sam Hidson, Sue Jackson and Michael Hickey, who accompanied by core team member Ryan Partner (who had brought some of the kit from home) took the rest of the equipment to the start area to finish the setup in that part of the course. (We decided not to get out the Basingstoke pop up sign or the parkrun flag with the view that in the wind we might not see them again!). Sarah Gambrill had to follow us across the field to retrieve the cones that she needed to mark off the Totally Tennis car park spaces and then she looked after the car parking for us, as she very often does.

Over the next 30-40 minutes the rest of the volunteers arrived for duty, comprising:

What a lot of people involved in making parkrun happen today! Thanks to all those volunteers who “strived to please you” this week, so that we could all “play”, ok, walk/ jog/ run in the park.

If that didn’t include you this time, you are warmly invited to join this heroic crew in the weeks to come. Just check on the website at https://www.parkrun.org.uk/basingstoke/futureroster/ and let the Basingstoke parkrun office know by email at basingstoke@parkrun.com what you would like to do.

So what happened at our parkrun today?

As noted earlier, 532 parkrunners completed the course today. That’s only our 66th highest total from our 630 parkruns at Basingstoke, but from our first run in July 2008 it took until January 2017 to first reach an attendance as high as this – it seems commonplace today.
20 were first timers to parkrun. Thank you for joining us today – and we hope to see you again soon to maybe try to complete the course in a better time – as the 51 who managed a PB today have been celebrating. Congratulations to you all but I’d like to highlight particularly:
Stella Herron, who managed a PB in her 143rd parkrun at Basingstoke (149th overall) – it gets harder to PB as you complete more parkruns.
Peter Warren has completed 6 parkruns at Basingstoke (his first being in January this year) of his 88 overall, but he looks like a man on a mission as he has managed three PBs in that time, including today’s.
And Denise Wright got her first PB since September 2018 in her 53rd parkrun (all at Basingstoke).

This Basingstoke parkrun fell on Thinking Day - 22nd February. What is Thinking Day? I knew it was something the Girl Guides did, but having never been one I asked my wife (who had been a Guide). what she remembered about Thinking Day. She remembered two things she had done:
• Different teams in their Guide unit making food from different countries
• Visiting different Guide groups and doing things together.

Well, at Basingstoke parkrun we often celebrate with food (normally of the cake or sweet variety) and meet at Cafe Giardinho in Basingstoke Town Centre after our parkrun for coffee and chat.
We also frequently welcome visitors from other parkruns as we did today, and it's great to chat to visitors who come along. While many people only ever run at their own home parkrun, and others try to visit as many different events as they can, others may fit in a run at a different parkrun if they happen to be in the area for other reasons. I first ran a parkrun other than Basingstoke (Medina, Isle of Wight) because I was visiting my family for the weekend soon after their parkrun first started in 2011. Visiting other parkruns has meant I have been able to experience some lovely parks that I would never have known existed, and met wonderful people running or volunteering at them, had it not been for parkrun.

It's pertinent to think on Thinking Day (22nd February) of the way parkrun will have spread to (by the end this month) 22 different countries around the world. I wonder how many you can name or how many you have completed a parkrun in? I'm making my first ever trip to complete a non UK parkrun in May but it's fair to say that it won't be to the country of Eswatini - I'd never heard of it before seeing it on the Global parkrun countries page at https://www.parkrun.com/countries/. (If you don't know where Eswatini is, or you’re not sure what other countries you can parkrun in outside of the UK, click the link and find out).

While I love being at Basingstoke parkrun, it is always interesting to visit other parkruns - and you don't need to travel to other countries to find one - there are plenty within 45 minutes journey of us. So many lovely parks to visit and parkrun or volunteer in - and then perhaps explore further after your parkrun. If you have only ever run Basingstoke parkrun, I'd strongly encourage you to visit others - perhaps when you are on holiday you can fit in a visit to somewhere new.

Thank you for joining us today. We hope to see you again soon – parkrunning or volunteering. 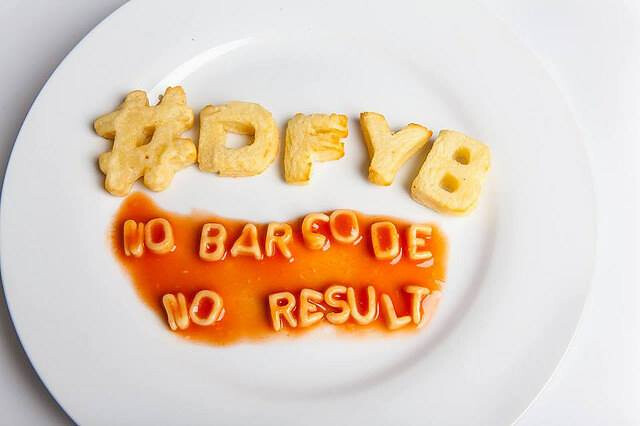