Event number 236 at Bath Skyline parkrun saw 412 runners complete the course on
what was a very cool, sunny and clear blue sky morning- ideal for running. It really
felt like spring has arrived and as the picture shows the wooded area of the run looks
really atmospheric in the light with the trees still to get their full canopy of foliage. 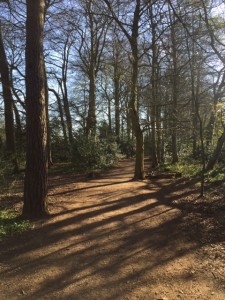 Congratulations to Jacqueline Cave who completed her 50th parkrun today. It was
great to see her as she passed my volunteering position in the field and to hear that
it was her fifty milestone and also that there was chocolate awaiting us at the end of
the run. Jacqueline discussed at the end of the run how she has come back from an
acquired Brain Injury with an initial prognosis of being unable to even walk. Making it
to the 50th milestone has been her equivalent of climbing Everest. 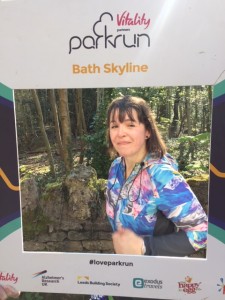 This week saw two hen parties participate and both groups looked to be having a
great time getting around the course. Most notable within these groups was the
individual who had dressed as a unicorn and was being encouraged by her fellow
hen group.

If you would like to consider volunteering email bathskyline@parkrun.com. We have a range of roles some of which you can do and still participate in the event.