Après nous le deluge – whether Madame Pompadour ever jogged around the Parks of Versailles may be doubted – but the phrase springs to mind as I think back to a morning when the heat of the sun could have basked a visiting shark. A warm September sun greeted over 400 parkrunners out to enjoy the sunshine, the company of their fellow runners and the breeze blowing gently across the course.

The going was firm to hard, even though there were only runners, no riders and I hope no fallers . Perhaps as a result 54 Personal Bests were reached (over 1/8th of those running), and the sunshine brought out 81 first timers to Bath. Amongst the visitors were Laura and Jon Lombard who have recently set up a brand new parkrun in the middle of Bridport (St. Marys). Sadly no sharks came with them.  They have almost instantly gained 150 people running each week. (Including on their 3rd week your run reporter during a family weekend away!). Laura’s father was amongst the 81 first timers – and for him it was his first ever parkrun anywhere.

Amongst the regulars on Saturday was Alan Cox, who regularly volunteers and helps with the ‘Set Up’ of our course. Without people like Alan and all the volunteers who help Marshall – none of us could run. Alan was celebrating his 150th parkrun (of which the vast majority have been at Bath) – meaning he has run nearly 2/3rd of the total parkruns run in Bath. In order to mark the occasion Alan had customised his ’50 parkrun shirt’ to read ‘150’. An artist’s impression is shown below this report. 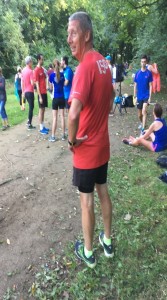 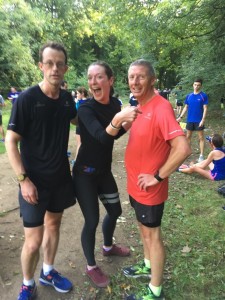 And look forward to seeing new faces and regulars, younger faces and older, on my next parkrun.