I was feeling fairly confident that having rained last week, the weather gods would not be so cruel again…. I was wrong and timekeeping in the rain is probably less fun than running it. That said, there were lots of very smiley faces and runners telling me they enjoyed running in the rain. 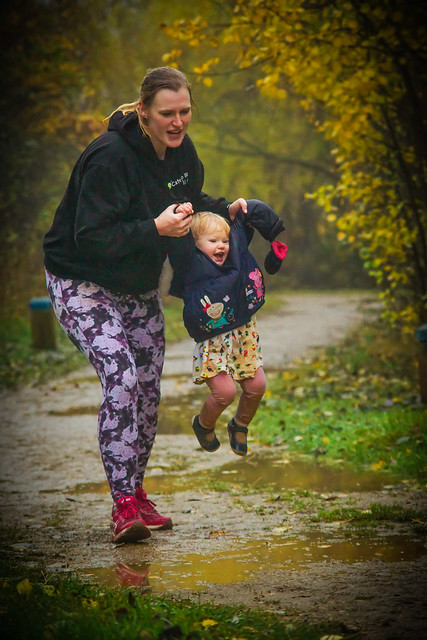 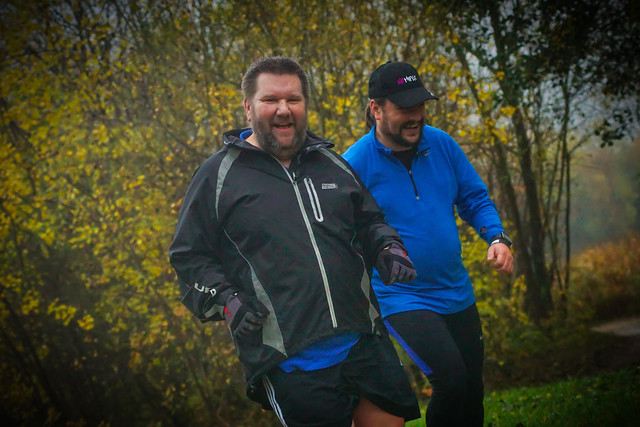 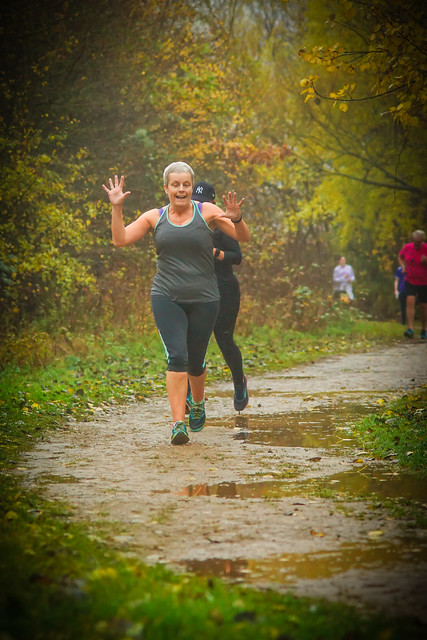 Having debated the physics of whether running faster meant you got less wet (answer later) Run Director Zoe ably led her team of volunteers to a prompt 9am start welcoming first timers and Matthew Michael on his penultimate London touring run at BL (Bushy next week so don’t forget to say hello). Matthew’s friend Matthew Nelson was our volunteer photographer and took some stunning photos (up on flickr now). 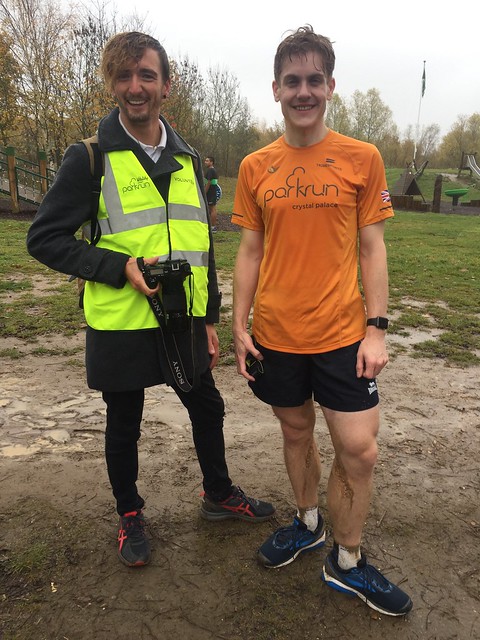 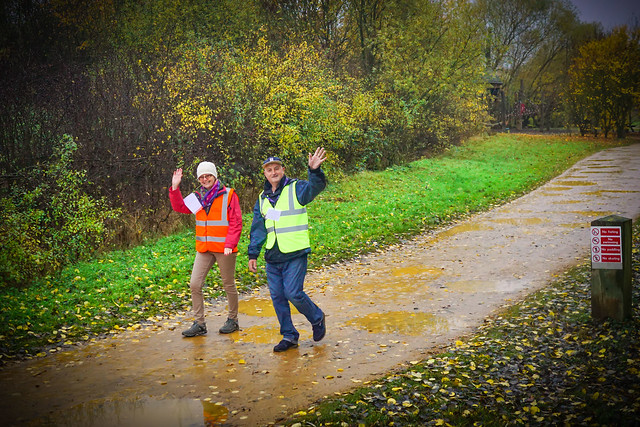 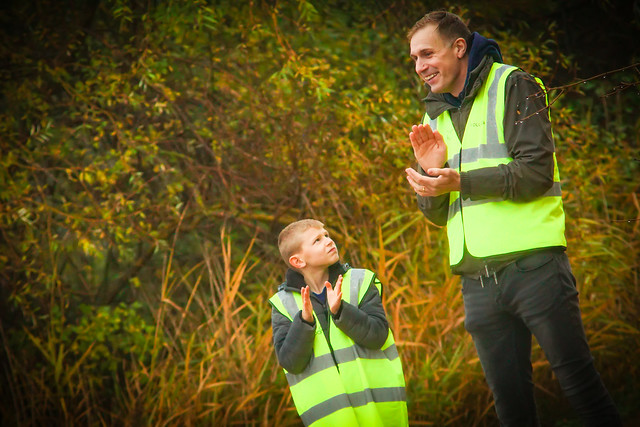 Fiona Fixk visiting from Scunthorpe parkrun wanted to thank everyone at BL for making her visit so enjoyable, especially the lovely marshals. The good thing about visitors is they often write excellent run reports so here is one from “local” tourist, Steve (and Jane) Dye:

I’ve been parkrunning for just under two years now and am only now approaching my 40th run (long story, lots of injuries!). Through not being able to run, I got involved very early on as a volunteer at the then new Homewood parkrun, progressing to being one of their run directors after a few months and also looking after its Facebook and Twitter communications. This has tied me to loyally supporting my “home” parkrun, to the neglect of some of the many local runs that we’re lucky to have so close to here.

Given that we’ve been incredibly fortunate at Homewood to have a great pool of volunteers and not had too many issues to fill the roster each week, it’s been my aim as I slowly approach my 50th run to try and take in some of our local runs that I’ve not tried yet. This weekend, the better half and I managed to get away to tick one of them off the list. Bedfont Lakes was high on this list, having run here briefly in August after a cheeky volunteering stint at Laleham junior parkrun on a Sunday morning. That day, it was a balmy 21C (gotta love being able to look back at Garmin records!) and we’d had a long spell of dry weather and the course was bone dry and a pleasure to run. Now, I had been warned that it suffered a little after bouts of rain, and boy, you weren’t lying, were you!!!??

Previously when I’d run here, it was nice to run around the lakes. I didn’t realise that in the winter, you had to run through them! For those of you that have tried Homewood, we suffer from mud, tree roots and the odd puddle during the winter, so I came prepared with trail shoes on my visit. I might just bring a canoe next time! A crowd of 169 runners took part this week, smaller than usual for Bedfont, but a large field compared to our slightly smaller usual crowd at Homewood. Perhaps put off by the overnight rain and drizzle in the morning, it didn’t dampen people’s spirits as we set off. Other tourists joining this week had come from much further afield than us, with runners from Bury St Edmunds, Birmingham, France and South Africa spotted.

Actually, puddles are fun. Lots of fun. It’s only a bit of water and it will dry out and the mud washes off. I had fun splashing through the puddles and on what is a relatively flat course compared to some in the area, posted a reasonable time (for me) for my first go and loved the 2-lap course (although I thought it’s a bit cruel to make the 2nd lap the longer of the two!). Everyone was friendly, lots of chat afterwards with some of the regular runners and overall a joy to run. Unfortunately, we couldn’t join people in the café afterwards as a Remembrance service at 11am was calling, but we’ll be back and will be sure to join the catch up in the café next time. I might just wait till it’s a bit dryer though…. Thanks for having us Bedfont! 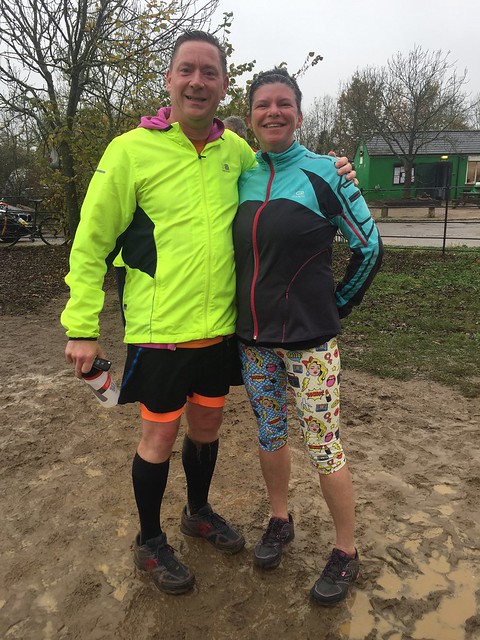 We were thrilled to welcome 29 first timers to BL this week and the rain didn’t put anyone off their best running with seven PBs. APTOTW goes to Jan Sheldon this week for no other reason than it represents the run report writer’s birthday! I have checked the forecast for next week, it suggests mostly sunny but I can almost guarantee puddles, it is BL in November after all. 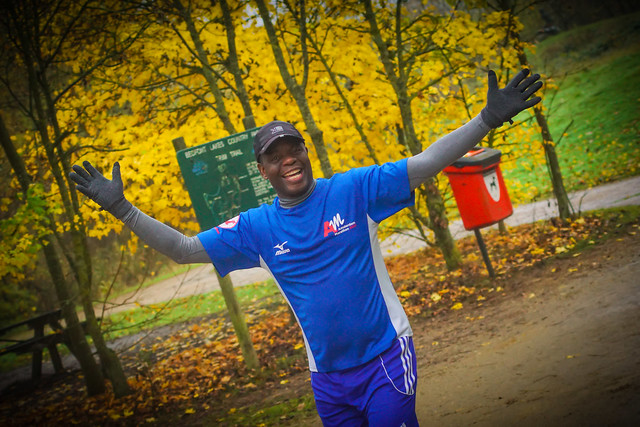 And the answer to does running faster in the rain make you less wet? Well according to David Bell in 1976 it depends whether the rain is falling vertically or the wind is blowing in your face. If so, running will mean you get less wet. However, if the wind is blowing from behind only running at the same speed of the wind will mean you get less soggy. In practical terms, even at world record pace, it's only about 10% less wet. Hardly worth the effort….. tell that to a parkrunner! 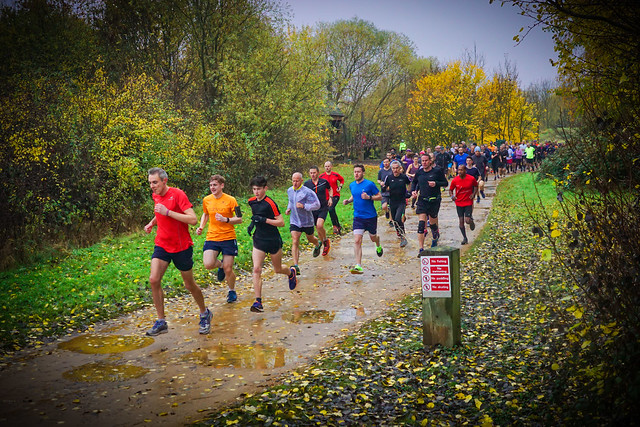