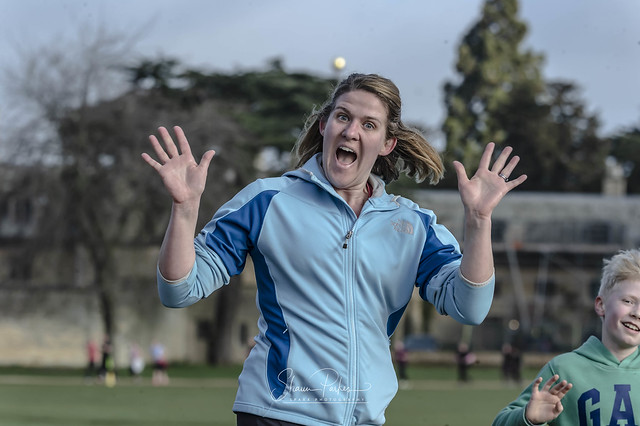 Parkrun fun!
We have reached our own milestone....our 150th event! Another great day for a parkrun, jog or walk and 449 of participated in your free weekly 5k event, supported by 26 fabulous volunteers.
Richard HALL • Yvonne BUCKLEY • Andrew PASK • Gordon GEACH • Brendon BUCKLEY • David CROMBIE • Lisa PASK • Robert PASK • Chris DOWN • Samuel JEPSON-RIVERS • Claudette JOINT • Naomi JEPSON-RIVERS • Spencer EDWARDS • Rob WING • Finley JOINT • Mark FRYER • Ruth FEATHERSTONE • Claire FRITZ • Grace JOHNSTON • Natasha DOVE • Roger WORSTER • Elaine WORSTER • Shaun PARKES • Kim NASH • Keith MUNRO • Tom ABLEWHITE-COLLINS
Thank You hivis heros past, present and future.
Why not come and give it a go, if you are able to support take a look at the future roster and roles and let us have your availability, it's fun and social and there is sometimes CAKE, always a motivator for me

Training will be given for all roles or if you are feeling a bit nervous why not come and shadow one of the more experienced volunteers, I promise they are all welcoming and lovely.

Brendon delivering first timers brief
We had 40 first timers, 31 of you decided to complete your very first parkrun, welcome to the parkrun family.
Some of the tourists this week where Ann Conlon from Newcastle, via Dublin! Keith Lang from Rushcliffe, Adam Williams from Alexandra Palace also known as Ally Pally and Jo Smith from Holme Pierrepont RC.
Welcome, we hope you enjoyed the course.

Milestones!!!!
4 of you joined the 50th milestone club, Rachel Pledge, Ben Porter, Mark Edwards and Daniel Hutton. Well done all and here's to the next 50.

A very special and inspiring story for you this week from one of our very own Belton House park runners
Here's Kirstens story
Well, where to start…...
In June 2017, I was diagnosed with breast cancer. I was 38, pregnant with our second child, preparing for our son to start school in September and eagerly awaiting my maternity leave to start.
To hear the words “I’m afraid it is Breast Cancer” when 31 weeks pregnant is a shock, to say the least. But the reassurances came in being told that it had been caught early, they could operate and it wasn’t an aggressive form.
And so the story goes - I was diagnosed in June, had surgery in July, our beautiful daughter was born in August and I started six cycles of chemotherapy in September. 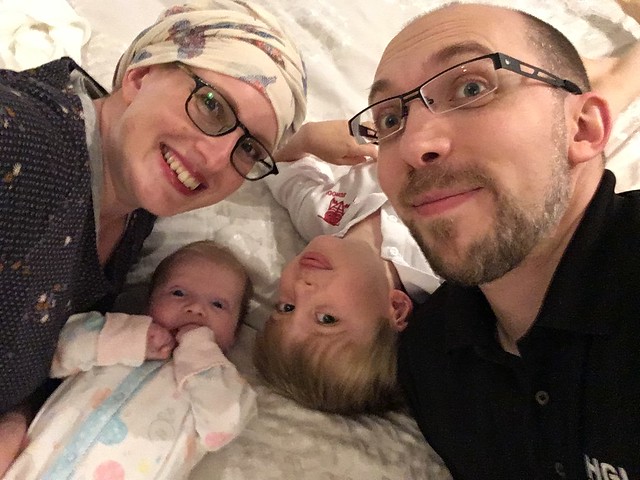 Twenty fractions of radiotherapy followed in January and my active treatment finished at the end of February 2018. To call it a whirlwind 8 months doesn’t quite cut it. I’ve never been the sporty type, I’d sporadically join gyms or go to classes or pop out for a bike ride, but nothing ever kept my interest.

The first week after my first chemo hit me like a bus, but I was desperate to get outside for a walk, just walking around the block was such a release, and achievement. As my daughter was so young, it was a great incentive to get out and walk with the pram and I soon realised that I was creating my own competition against myself each day. So I promptly bought a FitBit to track my progress. I tried one run/walk session after my third chemo and although I was amazed I could do it, I was also amazed how long the blisters took to heal (and how sweaty a headscarf could get!! Just before my final chemo, I signed up to a half marathon night walk around London in the July as a way of raising money for Breast Cancer Care who’d been invaluable throughout my diagnosis and treatment, and to give myself something to continue to aim for after making it to the end of treatment.

Life after treatment is an odd one, the words “the new normal” get banded around a lot, but that’s exactly what it is. Trying to get your head around what’s just happened and how to look forwards without fearing the future. The walking was great, but as I started to get my strength back, I was keen for more. When I asked my oncologist what I could do to avoid that horrid disease coming back, he just said that the three key things were to eat well, to be active and not to drink too much alcohol. To be honest, I wasn’t awful at any of those but I knew that I could definitely be more active. What better way than to run, but I didn’t really know how (I know that sounds daft!). I downloaded the Run Zombies Run app and headed out with the buggy. To my amazement, I could do it! Slowly slowly but I could follow the sessions quite happily, and wow did it make me feel good and again, I was continually competing against myself. Now that I’d started, I needed more. It’s quite a lonely sport, and I still struggled with my own thoughts and keeping level headed when the word “recurrence” crept in.
I knew that Claire Lane was somehow involved with parkrun so I quizzed her on what I needed to do to get to that level and if it was relevant to me. She was so supportive and encouraging and her answer was basically “just turn up (and don’t forget your barcode )”. To be honest, the fact that there was a tail walker was about all I needed to hear; I wouldn’t be last!! And so, on 19th November 2018, she was just wonderful as she patiently ran/walked the first one with me. It was great to ditch the app, have a (fairly breathless) chat, run freely without the buggy, actually overtake some people and best of all I slowed to a walk far less than I had been doing. I couldn’t believe I’d done it! I was beyond chuffed with my 37:21! And I had my first taste of the nervous anticipation waiting for the text with my official time. Two friends joined me, one of whom had been through the same treatment, and I met a new friend through her who spurred us on with great tips to get more out of each run. On my 3rd parkrun, I continually ran the whole of the first lap. And on my sixth one, I actually ran the WHOLE thing! Now I can’t imagine slowing to a walk at all, I never, ever thought I’d be able to do that! I’ve been continually improving each week and I’m now determined to get sub-30. I’ve also worked out that I can only miss 4 this year if I want to get to 50 in 2019. I wonder if I’ll make it? I had my first taste of parkrun tourism whilst away visiting family over Christmas. Although I was only 15 minutes from Bushy Park, I didn’t feel I’d reached the necessary parkrun status to attempt it yet , but I was spoilt for choice down there. When Belton was cancelled because of the winds, I popped over to Newark to see what that was all about. And when I booked a weekend away, I checked how far the nearest parkrun was! I also volunteered for the first time on New Year’s Day, because I had a niggle I didn’t want to aggravate and I felt I needed to do something rather than sit at home. Blimey that *was* a baptism by fire! I’ve probably gone down as the least effective number checker in the history of Belton parkrun. So yes, to say I’ve become a bit addicted isn’t an exaggeration. I get edgy on a Saturday morning if I don’t make it to a parkrun somewhere and I’m sat here full of cold and gutted that I missed this morning’s chance for a bit more tourism.
I’ve never had this sense of well-being from any gym session, exercise class or bike ride and it really sets me up for the weekend, even my husband has commented on how it lifts me. Who’d have thought at 40, I’d finally find my “thing”, and I actually feel as though I’m actively doing something to hopefully avoid putting my family through all that again Thank you for running Belton parkrun, it’s such a perfect setting with such lovely people. Now, how do I get up to 10k!?! 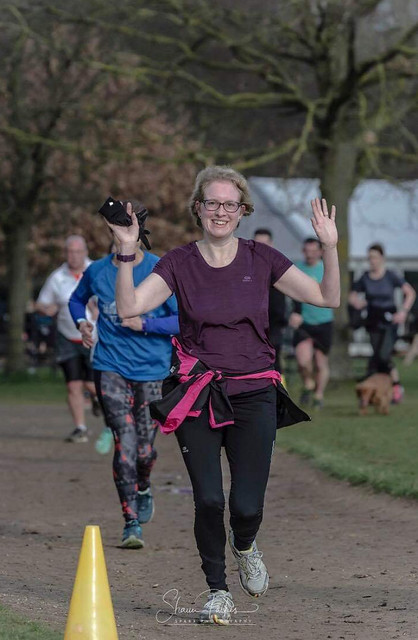 Welcome to the parkrun family Kirsten

Kirsten has achieved a new personal best bar one on all of her 11 runs and is a true inspiration. Thank you for sharing your journey with us and long may it continue. Oh and by the way we all get very sweaty head scarfs!!!!

That's all for now folks, thanks for reading and we will see you next parkrunday

Today's full results and a complete event history can be found on the Belton House parkrun Results Page.