The 173rd Belton parkrun was a sunny, slightly blustery day and perfect for running, jogging or walking the course at Belton house; no wonder 315 of us turned up to enjoy the autumn sunshine. We would like to say a big welcome to the 26 of you for whom this was your first ever visit to Belton Parkrun, especially if you were one of the 16 for whom it was your first parkrun ever. Well done, we hope that you come back soon. 42 parkrunners today achieved new personal bests, what a lovely way to start your weekend, congratulations.
Congratulations are also heartily deserved by Becky Rice who not only ran her 50th parkrun today but also got a new PB. She also wore a beautiful new t-shirt just to make sure that we all knew that she had got something to celebrate. 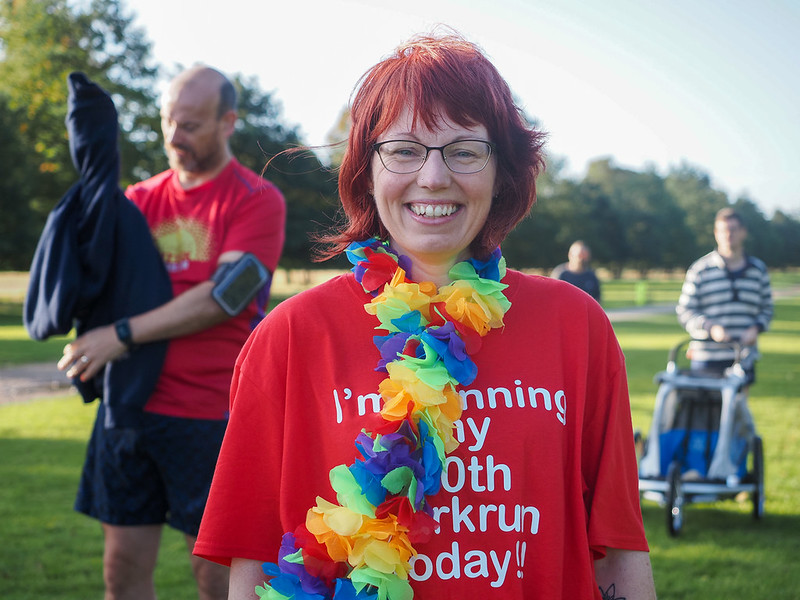 Lorna Fox was also celebrating today as she ran her hundredth parkrun; what a fantastic achievement. Also celebrating was Alex McConnell, one of our junior parkrunners who today ran his 10th parkrun. Well done to the three of you, we hope that you all enjoyed the rest of the day. 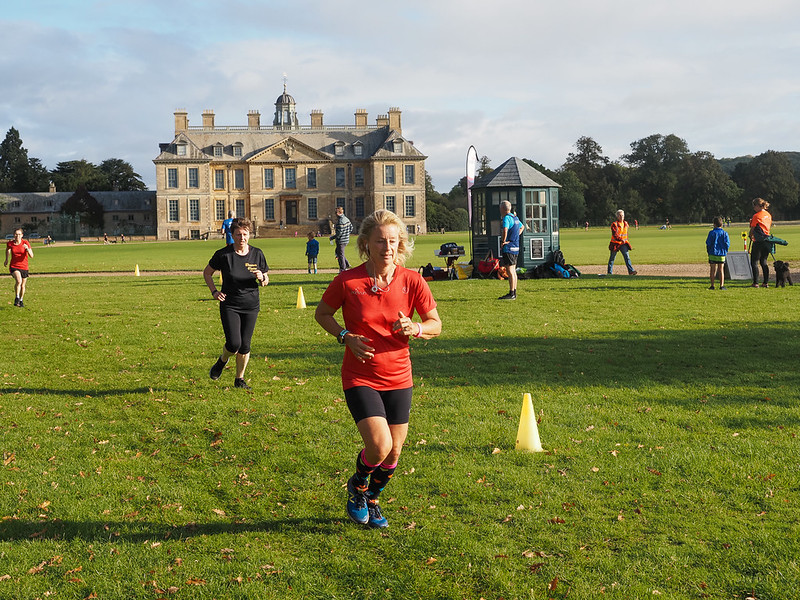 As we know, none of this would be possible without the amazing Hi-Viz heroes, thank you so much to each and every one of you, as without your hard work none of this would be possible. Today’s volunteers were P ABEY, Yvonne BUCKLEY, Edina BURNS, Amanda COWLING, Kyle COWLING, Paul DAVIS, Sam DODWELL, Stephanie DUNCAN, Gordon GEACH, Corin Megan Alice PROCTER, Rosalind SADLER, Amelia SHAW, ne GRAYSTON, Richard HALL, Harry HULSE, Ellis JACKSON, Michelle PARCZUK, Steve SKEATES, Harry WAKERLEY, Jane WINTER, Elaine WORSTER, Roger WORSTER, Kate YATES.
Today I was trying out a new volunteering role and got to put on the tail-walker vest. One of the things that I was looking forward to doing was properly thanking some of the marshals because usually I am too puffed to do more than give them a thumbs up as I whiz plod past. At the first post there was a very familiar face who gives us a cheery wave from that position nearly every week. Today I stopped long enough to find out that it was Elaine Worster, a name that I am already familiar with from seeing it on the volunteer roster. I also found out that she was extra proud this week as she is Becky Rice’s mum (who I mentioned earlier, running her 50th today). It was Elaine's 70th volunteering occasion today as well. 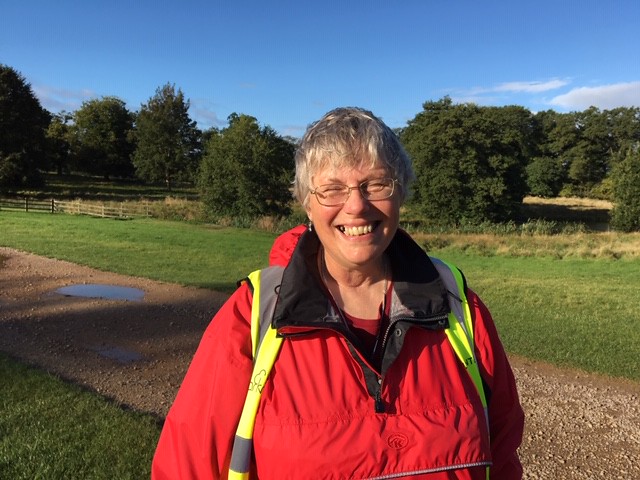 I was also delighted to make the acquaintance of Ros Sadler, who had brought a friend along to shake tambourines at us all as we went past. Isn’t that a lovely thing to do? 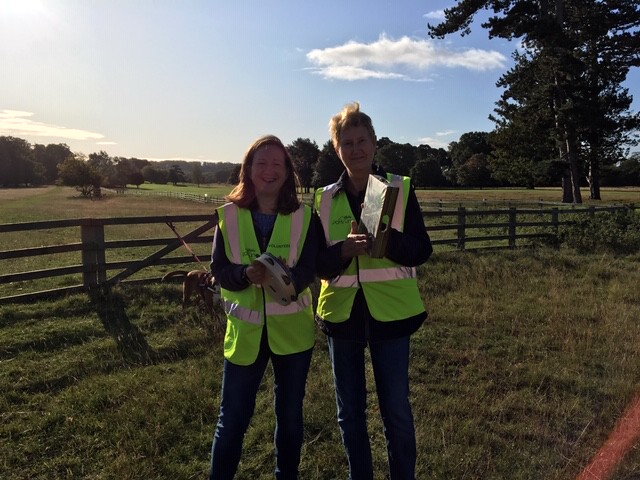 I was then able to put a face to another name who I recognised from the volunteer page. Paul Davis was there with his dog Amber, and is currently taking a break from running while his knees recover. I think that Amber would rather have been running! 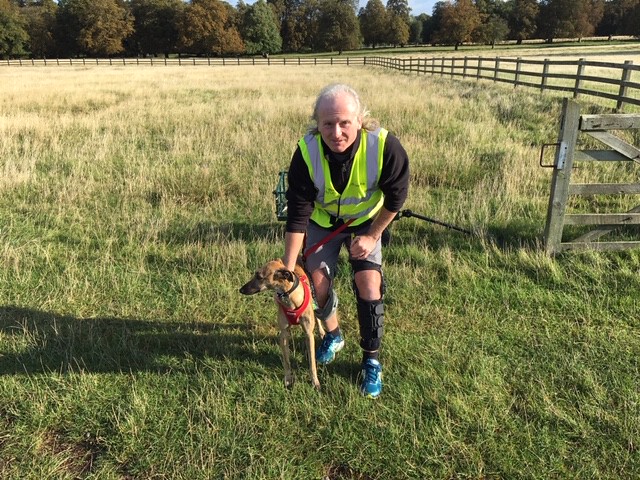 By the time I had stopped to talk to everyone I had to run for a bit to catch up with the last people, fortunately they were easy to spot due two of the youngsters in the group wearing their white 10 t-shirts. However, a little while after I caught up with them you can imagine my surprise when I realised that I had accidentally run past a pair of parkrunners who I had not realised had been overtaken by the family I was chasing; oh dear, that was definitely a tail-walker fail! Fortunately, things got a lot easier on the second lap as once the faster runners were out of the way it was possible to see where everybody was and I managed to behave like a proper tail-walker. Sadly, when I got to the end I realised that, because I was not wearing my usual parkrun clothes I had forgotten my barcode; what a clot, everyone knows that the first rule of parkrun is that you always bring your barcode!