Did you hear about Basingstoke parkrun this week? According to reports, everyone who ran received a 59:59 time - they had no Timers! Bestwood Village has been OK (-ish!) for volunteers since we re-started. So far. But today was the closest-run thing. (No pun intended) We hastily appointed Frank and John as “Honorary Marshals” at the bottom of the first hill (thank you, gentlemen!), and doubled up the Finish Funnel and Finish Tokens roles. We got by. 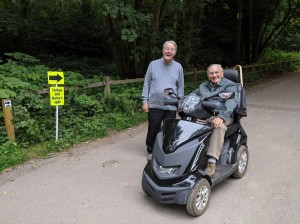 Fortunately, though, my appeal during the briefing for more volunteers resulted in several people putting their names down for future volunteering after they crossed the Finish line. Thank you. You are officially Lovely People! 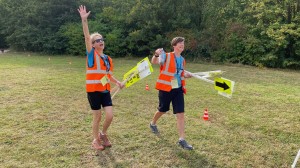 Seventy runners accepted the Bestwood Village parkrun challenge, though we "lost" one or two to the Great North Run. 'sOK - we forgive you. One of our tourists was heard to say, as he crossed the Finish line, “What was THAT??!” To know The Beast is to love it! 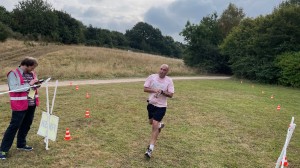 Stuart Laurie finished first, with a time of 19:35, and a PB! Adam Kennedy was second, 21 seconds later, achieving his best Bestwood Village parkrun time since January 2020. Carolyn Hay in third position was first female back.  Carolyn topped the age grading with 78.02%. 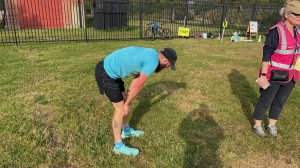 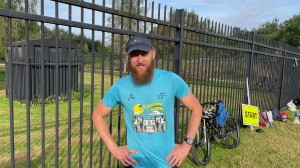 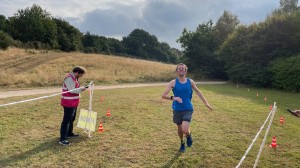 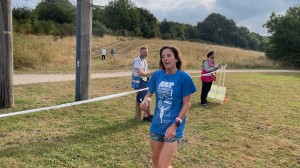 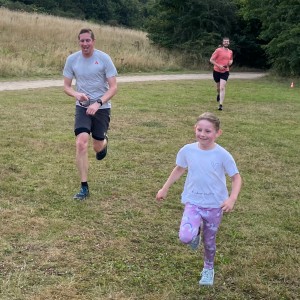 Doug Greenfield celebrated his “Beatles birthday” (64 today) by parkrunning. Happy Birthday! He’s a self-confessed smoker, and expects he would knock two minutes off his PB if he could stop smoking. We’ll hold you to that, Doug. Come back soon! The Beast will be waiting for you. 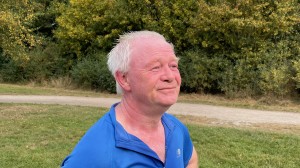 I had a most productive chat with parkrunner Dr Mark Salisbury, who is a local GP. He is interested in getting his surgery recognised as a parkrun Practice. Torkard Hill and Oakenhall GP surgeries in Hucknall are already parkrun Practices. Many doctors are now prescribing exercise as a treatment for patients, with some impressive results. parkrun is recognised as having benefits for physical health and mental health, not just among runners but also among volunteers! When you stand at the Finish applauding a runner as they complete a 5k run, two people benefit!

Of course, there is more to parkrunning than just the 5k run, there’s apres run also! As the parkrunning Clayton family were happy to demonstrate. 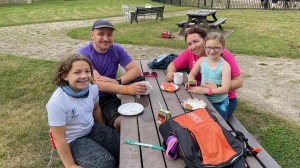 If you try hard enough, you'll see that "Bestwood Village parkrun" is actually an anagram for "Now please feed me cake!"

It’s really good to see so many young people running at Bestwood Village: they are the future!