A charity based in Kirkby-in-Ashfield that aims to put lifesaving defibrillators (AEDs) in schools across the county recently came to the rescue of Bestwood Village parkrun.

"For 170 parkruns, we've relied on the Village defibrillator," said parkrun Event Director, David Heathcote, "But a couple of Saturdays ago, that machine declared itself not 'Rescue Ready' and we had to find another machine. Gee Tee Signs were kind enough to lend us their AED, but they needed it back, of course, to protect their factory staff."

"Then the Run Directors at Mansfield parkrun told me of Leon's Legacy."

Leon's Legacy is a charity launched in memory of Leon Smith, who died in January 2019 at the age of 52 when he suffered a cardiac arrest while working as a lunchtime supervisor at Annesley Primary School. 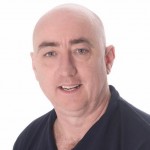 Staff did their best to save his life by using CPR before an air ambulance arrived at the scene, but their efforts were in vain because Leon died on his way to hospital.

She said: “The school was fantastic. The staff did everything right and ran down the road to get the nearest defibrillator from a pub, and that also alerted a community first responder.

“Unfortunately, it was a massive heart attack, and he was gone.

“So far, we have raised enough money to donate defibrillators to ten different primary schools."

David added, "As soon as she heard our plight, Holly at Leon's Legacy offered to lend us an AED.  No ifs, ands or buts.  We have our own defibrillator on order now, thanks to the amazing generosity of local parkrunners, but in the meantime, Leon's Legacy keeps us going."