This week's Bestwood Village parkrun started the same as all the others, surrounded by the picturesque views of the Country Park in the shadow of the old Winding House, but something looked different, was there a hint of autumn in the air? An early start for our volunteers gave them the opportunity to see the park at its best - low September sun, morning dew still on the grass, and not a soul in sight.

Once all were assembled and the start area was prepared, it was time for the marshals to head off into the Country Park and take up their positions but not before they had lined up for the obligatory group photo! A fine looking bunch, I’m sure you’ll agree!! 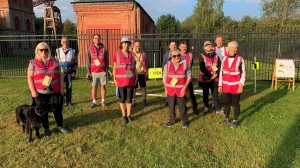 As runners and walkers started to arrive, it was time for the race briefing but also a special announcement from our Event Director David Heathcote.  David held aloft the newly purchased defibrillator and thanked everybody for their very kind donations without which the event could not go ahead.  We would like to take this opportunity to thank you all once again!!

This week's event saw 95 runners, joggers and walkers complete the hilly 5km loop, quite a large number for us here at Bestwood Village parkrun.  For many it was their first time at Bestwood Village, some visitors from as far afield as Felixstowe and Ilkeston! We had 15 PBs  this week, so a big congratulations to those who managed to achieve their personal goals!

First male was Luke BERESFORD who completed the course in 18:48, a new PB! Congratulations Luke, you certainly took our time keepers by surprise! 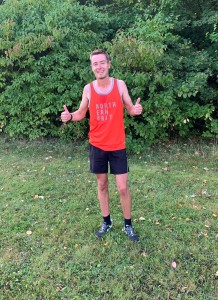 Second male was a regular runner here at Bestwood Village, Adam KENNEDY who completed the course in 19:54. Congratulations Adam. 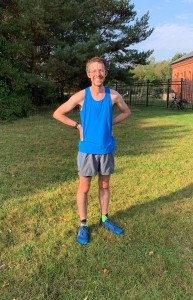 Third male was Tim GREENHALGH who completed the course in 22:36. Congratulations Tim. 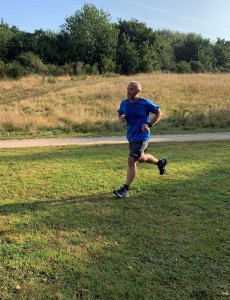 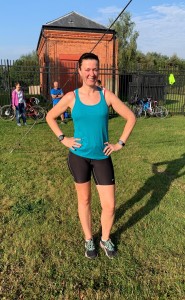 Second female was June GREENHALGH who completed the course in 26:54. Congratulations June! 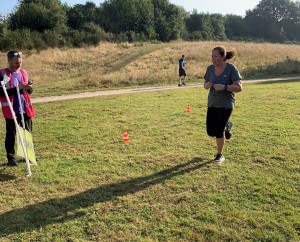 Third female was Kirsty OGELSBY who completed the course in 27:44 to set a new PB! Congratulations and well done Kirsty! 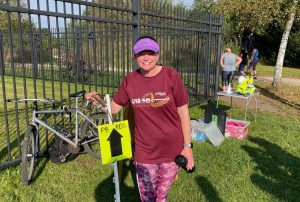 Well done to all that completed the 173rd Bestwood Village parkrun whether you ran, jogged or walked! A great achievement. We hope to see you again at the start line next Saturday, maybe we will see start numbers go over 100! Certainly this might be the case if people have heard about my comical attempt at a race briefing!

Hope to see you at the start line on Saturday!