All was calm for parkrun on the Saturday 8th, but the next day Ciara was due to visit... we were all pre-warned! Still the weather for Saturday was benign and not too muddy underfoot.
Visiting on Wednesday I thought I would take some pictures: 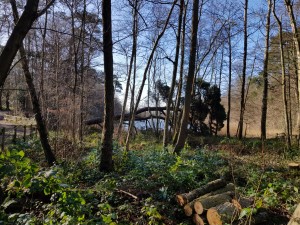 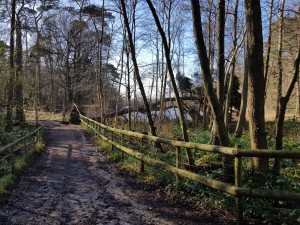 Some trees have fallen and I guess the park rangers are out cleaning up the park for us all to return on Saturday. We will then enjoy running along the avenue of dreams: 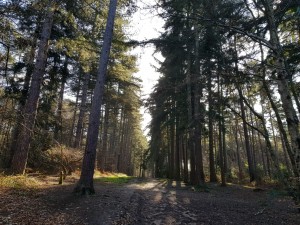 I caught the last 3 minutes of a Harry Potter film this week and lo and behold the cast were all walking along this path! (Order of the Pheonix for the HP fans out there). There have been many films that were shot along this section of our parkrun: Captain America, Avengers Assemble, Death Of Stalin, Snow White and the Huntsman, Bond: Quantum of Solace, Harry Potter and of course Star Wars where it was Endor, with Ewoks beating up the Empire forces. Not to mention many TV shows - Christmas Carol, Prime Suspect ..... the list is huge! I always enjoy spotting Black park on the screen!

This week 766 people ran, jogged and walked the course, of whom 49 were first timers and 93 recorded new Personal Bests. Representatives of 38 different clubs took part.