Denis blew the 589 thru, and all went fine.
tokens gratefully taken, like communion wine.
While the extended funnel magically clears down the busy finish line.Enthused scanning queues grow like the excited chatter on a moving airport escalator with returning holiday makers waiting for their luggage dressed inappropriately in just their shorts and tee shirts.

Footprints in the mud, small branches, slips and slippy slides. The now familiar course worn into the grass decides... the best route for us to take.
First timers are guided by dogs who know the way and the ideal way to pace the distance.
Familiar mud splattered passengers in baby pushers come gliding by on the same corner as last week.

Friends exchange hellos as they pass or are passed, 'it's not tough today' I hear someone sarcastically say.
Regular marshals in their usual places are recognised and acknowledged - thanks Steve, cheers Peter, Reli, Sandra and Alexandra...

The wind that blew the starters into a cosy huddle resembling fallen leaves in a quiet corner of the park is disrupted by the gentle applause for today's helpers, the tourist's arm wavers and rightly for Annabel whose starting her 400th parkrun and the welcomed first timers already feeling part of a not so secret family gathering.

A parkrun blown inside out from finish to start...

This week 589 people ran, jogged and walked the course, of whom 73 were first timers and 57 recorded new Personal Bests. Representatives of 45 different clubs took part. 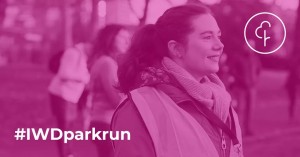 Join us for a #IWDparkrun at Bournemouth parkrun on Sat 7th March to celebrate a global female focused event for International Women's Day.

In England this will support the 'This Girl Can' campaign created by our partner Sport England.

We encourage you to bring along a female friend, family member or work colleague, especially one who has never been to parkrun before.

The event is inclusive to everyone and we look forward to celebrating the day with you!

Event 335
Today was Bournemouth parkrun’s 335 th event.
Thankfully the January blues are now over, and the sun came out to greet the 663
parkrunners and 52 volunteers this morning. After the usual briefings, the Run Director got
everyone underway. In Bournemouth we have had what has felt like a month of constant
rain, so despite the beautiful sunshine the ground was very wet slippery in parts, but the
marshals were there on hand to keep everyone safe and upright.
Congratulations to the 663 runners finished that finished the course and to Stuart Nicholas
who was the first male home in 17:30 on his 84 th parkrun and 70 th at Bournemouth. The first
female was Natalie Thomas, finishing in 20:21 on her 28 th parkrun and her 3 rd at
Bournemouth. Out of those that finished, there were 52 PBs, which is amazing given the
ground conditions! 64 runners made their first visit to Bournemouth parkrun today, thank you
for visiting and congratulations if it was your first ever parkrun, we hope to see you again
soon.
Hopefully everyone enjoyed their run this morning and now looking forward to next week.

This week 663 people ran, jogged and walked the course, of whom 64 were first timers and 52 recorded new Personal Bests. Representatives of 39 different clubs took part.

This week 624 people ran, jogged and walked the course, of whom 76 were first timers and 50 recorded new Personal Bests. Representatives of 26 different clubs took part.

A record turnout today, by over 200; with more than 360 people taking up the offer of ‘doing a double’ at the Upton and Bournemouth New Year’s Day parkruns. The team did an amazing job coping with the extra runners today!

Among the runners was my wife, Louise. Doing a double parkrun (two on the same day) for the first time and making this her 250th parkrun.  But she isn’t a runner – truth be told, she hates running.  So, I hear you ask (?!) why would anyone who doesn’t like running end up doing 250 parkruns?   To explain I’d better start at the beginning, in the hope that if it’s your first parkrun today you can take some inspiration when you wonder if you are enjoying it. 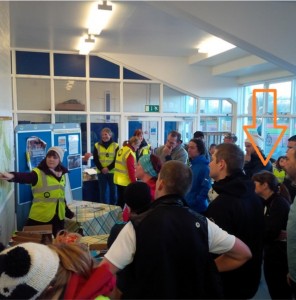 Louise’s first parkrun was shared with 23 others (see above) at Bournemouth on 30th November 2013, when Bournemouth was just 14 parkruns old and still being steered through some minor teething troubles by Ade, Sophie, Claire, Chris, and – most of the others are still on the Core Team.

The following month saw Louise get her first PB, and the next came a month later, same the next (but one). And so the PBs kept coming, until almost a year later. Hardly a competitive finish time but the competition against the clock was proving irresistible.
Soon Saturday mornings had to start with a parkrun whether at home, visiting, or even on holiday – taking Mr Parker (the Bournemouth parkrun mascot) with us a few times. 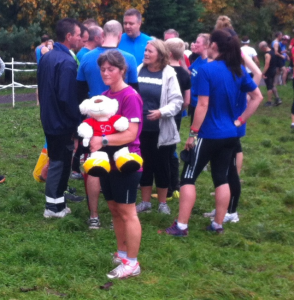 Her first parkrun Milestone club shirt soon loomed. Or should that be they were eventually ‘loomed’? She just missed out on the legend that was an original Adidas 50. Undeterred, she waited so long that her red shirt still shows 50 on the back - by the time it arrived the Milestone 100 shirt wasn’t far away so she didn’t wear it for long!

Motivation was maintained in those early days by the weekly stats, which then included a parkrun yearly results table. Her gender position score was getting better, so just turning out each week saw her climbing up the table as the year progressed.  However, around this time the popularity of parkrun exploded and her days of finishing in a two-digit position soon came to an end.

The parkrun Age Grading figures then became the motivator, improving from around 50% to 55% then 60% - where it’s remained, fairly static, ever since.  A new challenge was needed again – and parkrun delivered! We had heard that the volunteer pacer runner who got closest to their allotted pace judgement target time at the Bournemouth pacing events would win a packet of biscuits. So Louise enlisted a willing pacing assistant (i.e. her daughter was press-ganged) and this team would soon reliably cross the line within one second of their target, with no dubious shenanigans in the last 100m. Alas, by the time they had perfected this noble art, the tradition of awarding biscuits had also come to an end. But the purple Volunteering shirt soon arrived.

The 250 shirt has been a challenge for quite a while, that challenge including the choreography of her volunteering plus some strategic parkrun tourism, to ensure today's event would be the big day.  New challenges will have to be found again, but that may itself be the next new challenge.  The truth is that the 250th arrived because she enjoys meeting up with the friends made through parkrun. Not just the runners; also the many regular volunteers, (Hi Steve!, Hi Katie!) (and not forgetting the spectators - Hi Colin!).

And despite all this competitive stuff going on, parkrun is never adversarial. Just if you’ve shared parkrun mudbaths, freedom runs on the rare cancellations and the stories that follow or simply running with the same people means you get to find new friendships along the way, and that’s been far more motivating than the competition ever could be.
So, dear first-time runner, don’t be surprised or put off if you didn’t enjoy the running today. You certainly don’t have to get any good at it (just avoid getting injuries).

Good luck sticking to any parkrun-related New Year’s Resolution, aided and abetted by all the scope for setting new goals. I hope it will soon become as true for you, that you’ll find that getting involved will lead to new challenges, friendships and your chosen indulgences being enjoyed with less anxiety over the calories (as most milestones seem to involve cake)!

Maybe you’ll actually like running? - Some do, but it’s not for everyone who does parkrun!

As always many thanks to all the Core Team, volunteers and others who have made parkrun such a success. 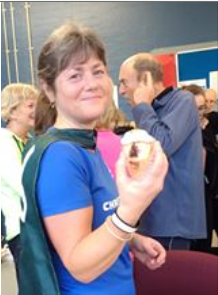 This week 967 people ran, jogged and walked the course, of whom 271 were first timers and 84 recorded new Personal Bests. Representatives of 88 different clubs took part.
The event was made possible by 58 volunteers: