It was a cool and misty morning for the 156 people who ran, jogged and walked our course today. We welcomed 56 first timers and representatives of 27 different clubs took part.

Despite the good numbers there was exemplary’social distancing’ before the start: 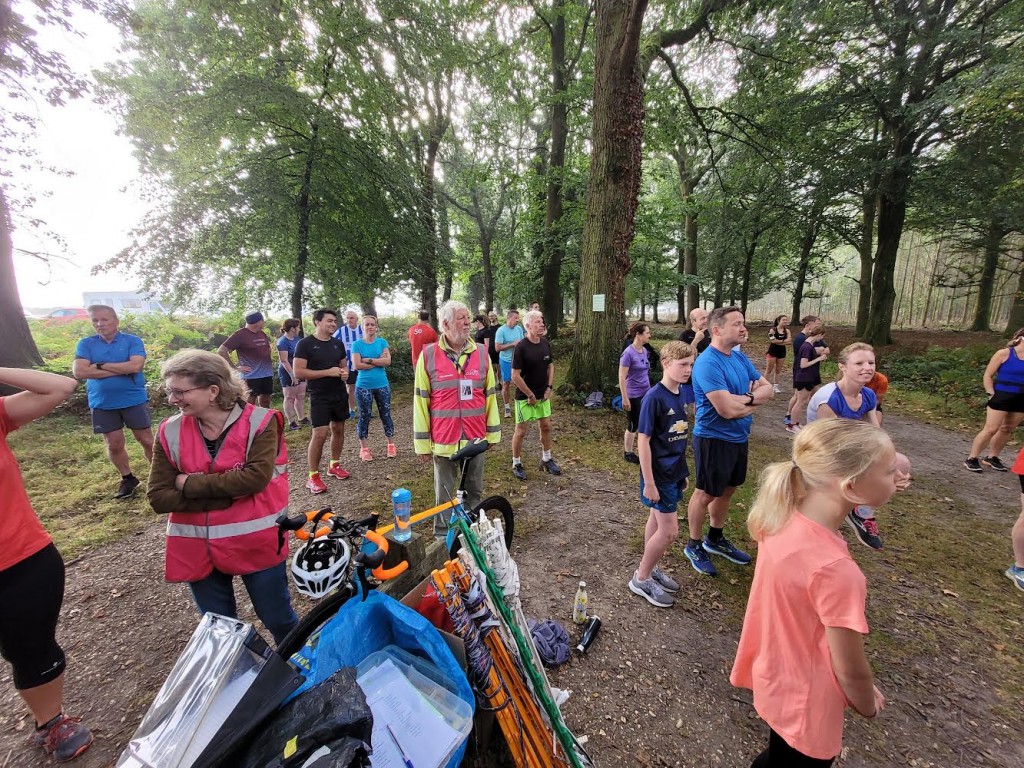 Congratulations to the 20 who recorded new Personal Bests including both of our young, first time First Finishers from New Forest Runners. M15 Callum Olden set a new PB of 17:54 in front of his club mate M18 Sean Harnett.
W20 Katherine Charles led the ladies home and W11 Sophie Cotroneo was the first Junior lady.

There were no official Milestone runs today but we were visited for the first time by two ‘super tourists’ from Teesside. Mark and Susan Symmonds are both in the 250 Club but even more impressive is the fact that they have both visited over 100 DIFFERENT parkruns!
Mark is seen below celebrating that tourist Milestone: 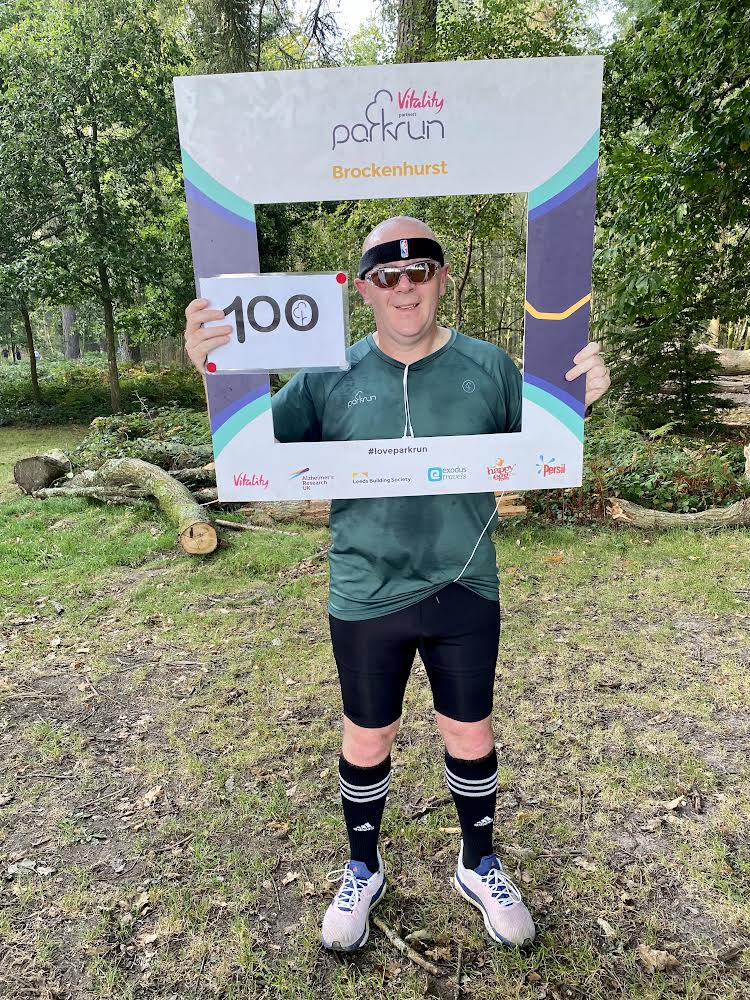 Although we had to negotiate for the return of Brock parkrun after lockdown we are much more fortunate than our fellow parkrunners from Yeovil Montacute which has been suspended indefinitely. W35 Nikki Channon and her four friends have been parkrun tourists since July and today chose Brockenhurst for her Hen Party. Running in a huge chicken outfit on any parkrun course would be a challenge but despite finishing 20 minutes behind her parkrun PB Nikki was still smiling at the Finish!: 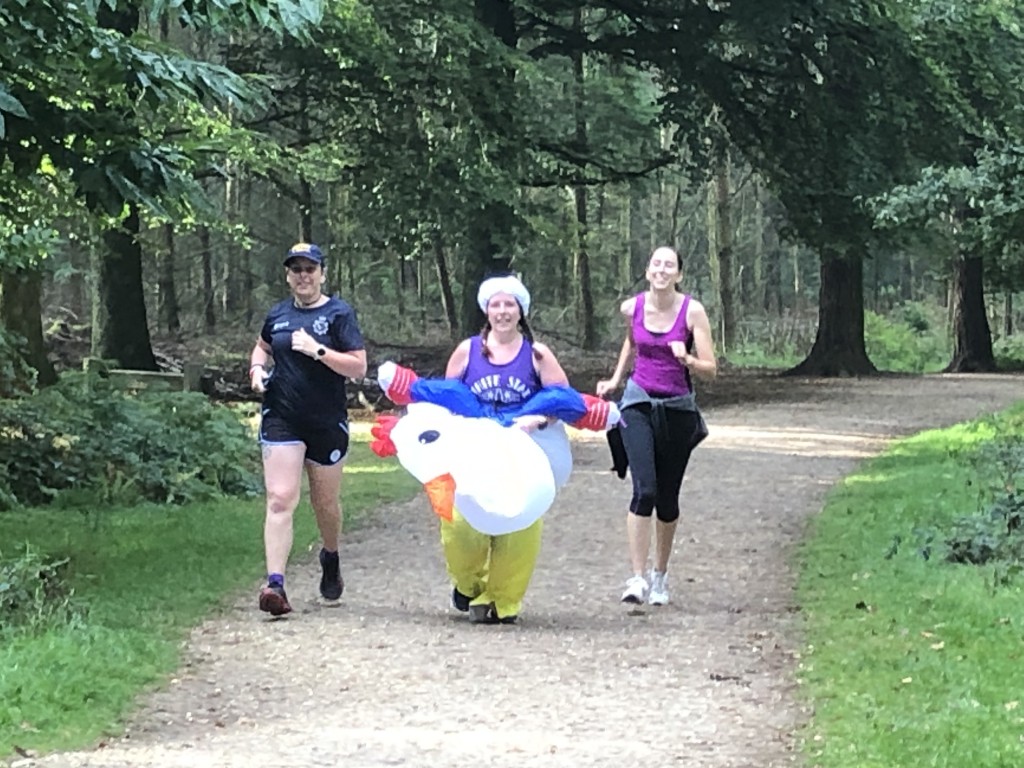 Our thanks go to the 19 volunteers who made today’s event possible: