Our Forestry England Permit restricts our parking in Wilverley Plain and Wilverley Inclosure car parks to a maximum of 100 vehicles.

It is critical that participants and Volunteers car share or arrive by bike or on foot. If you are unable to do that please use another local car park or parkrun.

As Southampton parkrun is again cancelled tomorrow morning this appeal is particularly important this weekend.

The future of Brockenhurst parkrun is in your hands.

Our 2nd event back since we restarted and a hardy 119 made it round the course, with a plethora of PBs and including a lot of first-timers to the course, many on holiday locally making the most of the chance to get out and about again. Mick, our ED, had crossed the water to the Isle of Wight to take part in some nice hilly running events this weekend so Sue was in charge of the microphone to set everyone going just after 9am.

We had a 100 Milestone achievement for one of our volunteers Rosemarie Osborn, who was a little reluctant to celebrate, but we insisted. Congratulations. 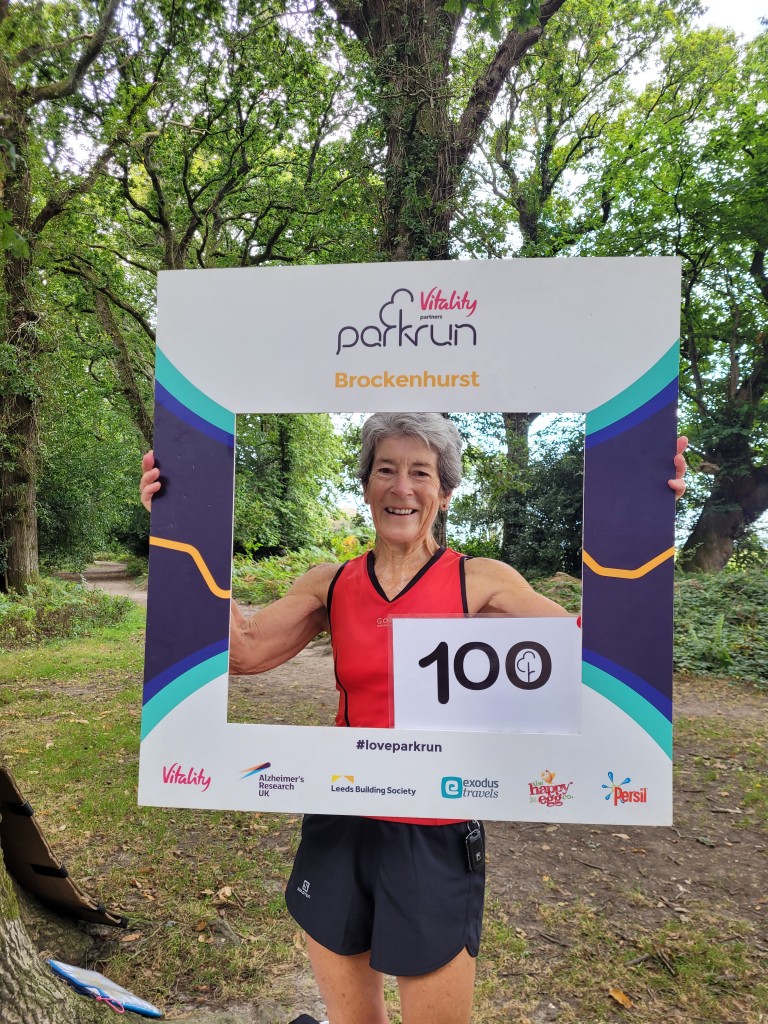 One Visitor Chima Nwa has been collecting photos with all the run directors of parkruns he has completed. Here's today's pic taken with our RD Sue. Great to see you Chi, good luck with the collection.

Many thanks as ever to all the volunteers, including Matthew from Poole, who offered his services and managed to combine a marshal role with our new Car Counting requirement. 80 cars today counted, so car sharing, and parking away from the main Wilverley Plain and Wilverley Inclosure Car Parks is keeping us within our limit for the Forestry.
Always happy to have volunteers come along and join us, please contact us either through facebook or the volunteer roster link on the main parkrun pages, or even by email to brockenhurst@parkrun.org. All roles are straightforward, even though they can seem daunting if unfamiliar. Training (albeit brief) will be given.
If taking on a Barcode scanning or timekeeping role, you will need to download the new virtual volunteer app from parkrun, and please go to the settings and scan your own barcode in where it asks, or bring your barcode along to the event and we can help you sort that out.

This week 119 people ran, jogged and walked the course, of whom 34 were first timers and 10 recorded new Personal Bests. Representatives of 22 different clubs took part.

18 months after the previous Brockenhurst parkrun we very pleased to welcome 135 people who ran, jogged and walked the undulating Wilverley Inclosure course in perfect conditions. Surprisingly there were 40 first timers making up 30% of the field and representatives of 26 different clubs took part.

Congratulations to the 8 who recorded new Personal Bests including our first runner home M18 Sean Harnett of New Forest Runners who led his club mate M15 Callum Olden by 17 seconds in 17:42. Sean beat his Brockenhurst PB by just 1 second as coincidentally did our first lady W40 Vicky Penn of Sheffield's Smiley Paces who set her Brock PB in 21:33.

Both of our First Finishers were beaten on Age Grade scoring by W75 Rosemarie Osborn of New Forest Runners who set an impressive 84.74%, just 42 seconds away from her Brockenhurst PB set 3 years ago! Rosemarie will hopefully earn her 100 T shirt next week.

Speaking of Milestones there was only one official Milestone today with W35 Jenny Hughes of New Forest Runners earning her 100 T shirt with 95 of those at Brock: 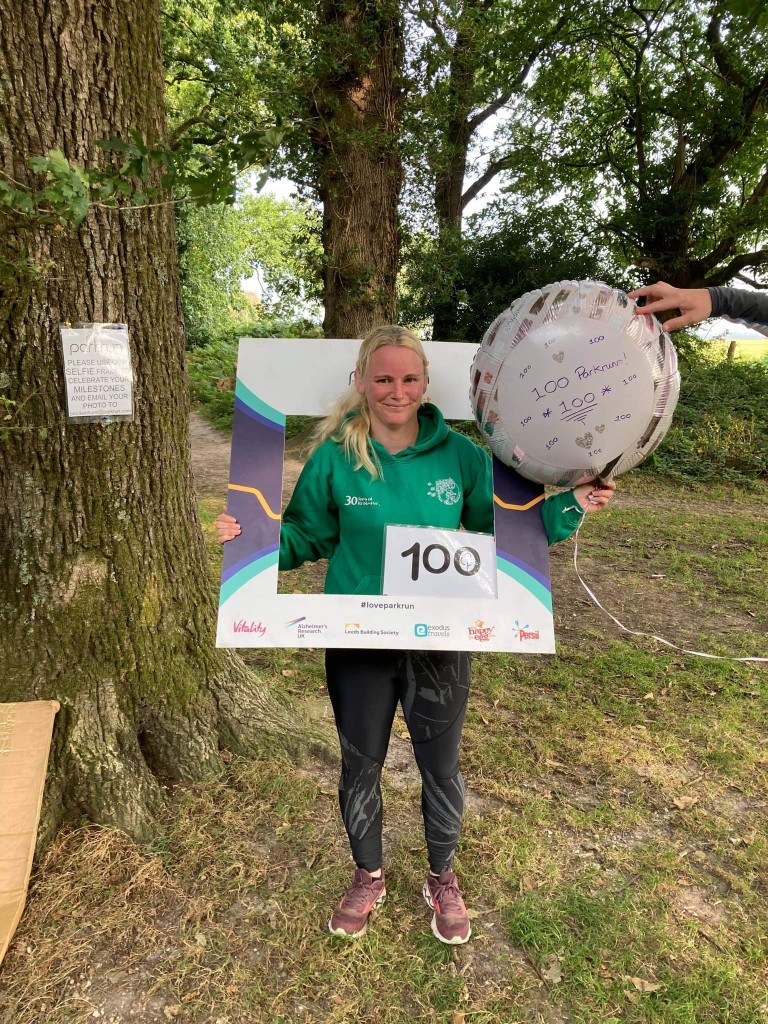 However two more of Jenny's club mates set unofficial Milestones with W45 Marion Frewin running her 150th parkrun with exactly 100 of those at Brock: 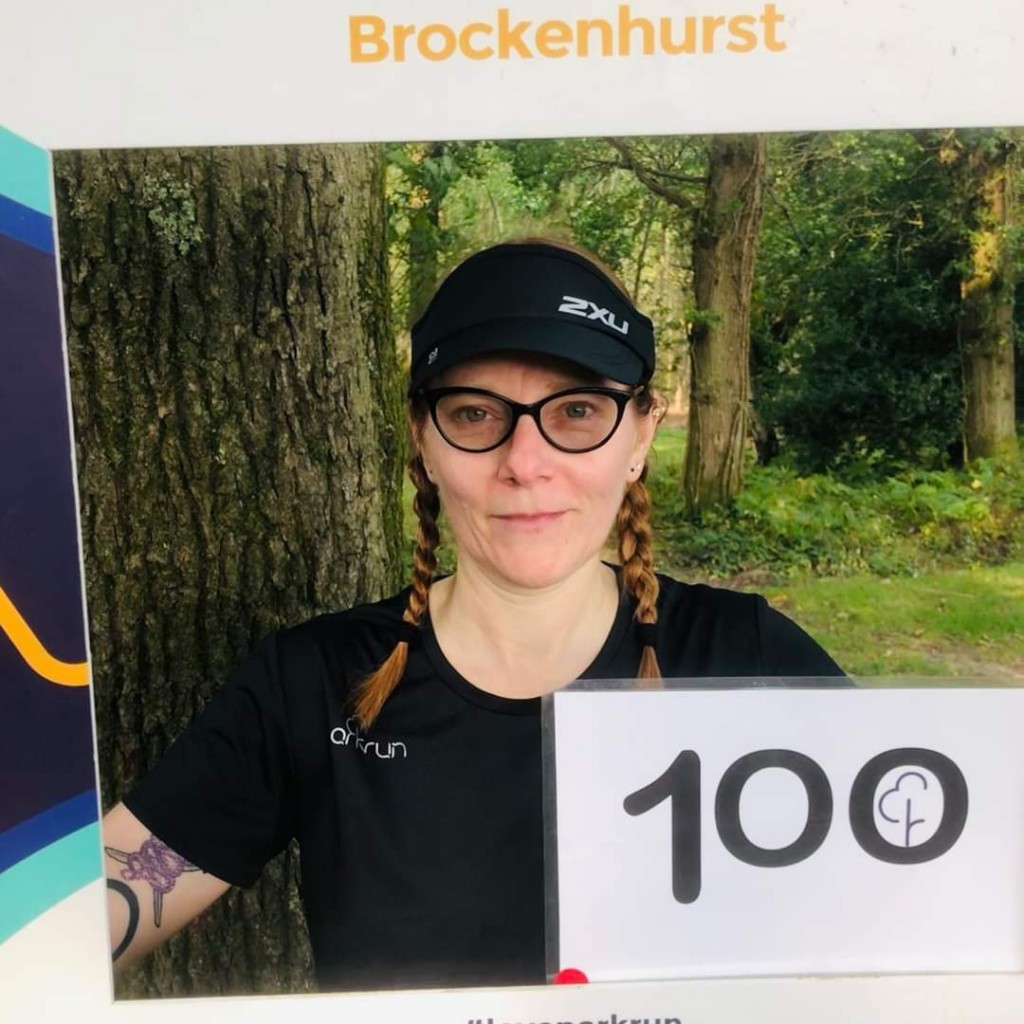 Marion's partner and one of our Run Directors, M55 Mario Sheath also ran his 150th parkrun last week but has now run 101 at Brock: 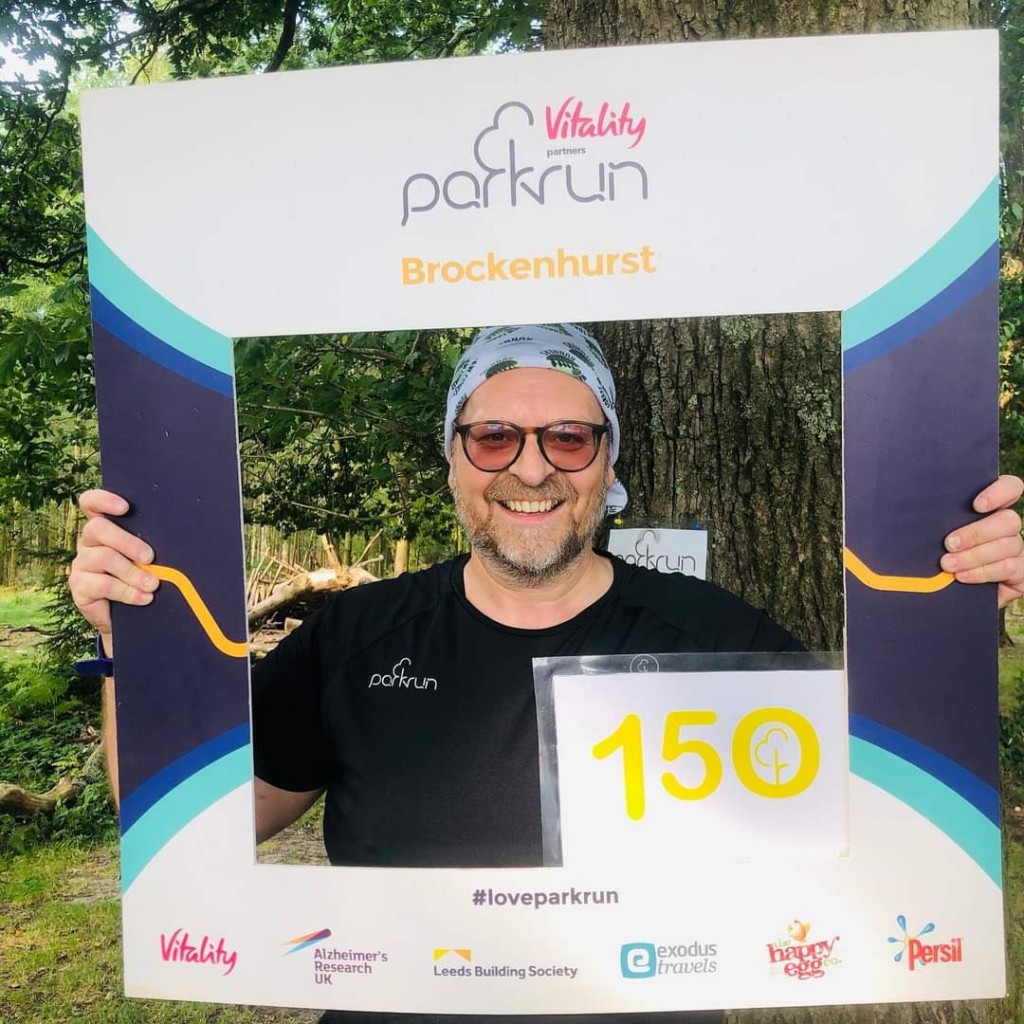 The logistics of the event have been modified to make them more COVID compliant and the recommended ratio of 1 Barcode Scanner for every 50 finishers was comfortably achieved today. Social distancing was also in evidence during the briefing with very orderly lines! 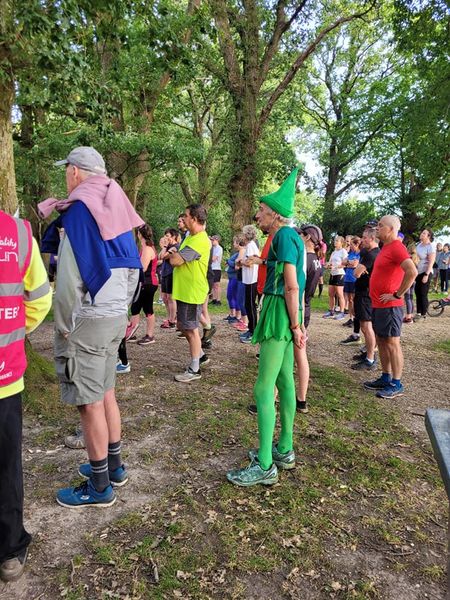 We are very grateful to the 22 volunteers who made today's event possible:

Please download the parkrun Virtual Volunteer App and take a fully charged phone and your barcode with you to your next parkrun. parkrun will not happen without volunteers so please consider helping and many of the volunteer roles will still allow you to run. We would urge any of the faster runners to consider volunteering to Barcode Scan after they finish.

The return of Brockenhurst parkrun to Wilverley Inclosure this Saturday 04 September is overshadowed by the parking restriction imposed by Forestry England.
Our Permit restricts our parking in Wilverley Plain and Wilverley Inclosure car parks to a maximum of 100 vehicles.

It is critical that participants and Volunteers car share or arrive by bike or on foot. If you are unable to do that please use another local car park or parkrun.

The future of Brockenhurst parkrun is in your hands.

Please note that the Burley to Brockenhurst road under the A35 will be closed from tomorrow until 16 October.
Access from Lyndhurst will be permitted but drivers coming from Bournemouth along the A35 should use the diversion.
The closure is likely to affect access for the next seven Wilverley parkruns.