Storm Dennis, you came, you saw, however you did not conquer!
by Becci Reeves

Those of you who are regulars to Burnham and Highbridge know all too well about the infamous breeze. This morning Storm Dennis had other ideas with his own 'breeze' which no doubt made it hard for our 15 pacers and 316 other runners!

The slight drizzle just before 9am cleared for what looked like a windy overcast run, however that was not the case! Heavy rain along with being blown sideways was on the cards for everyone along the estuary path and promenade. 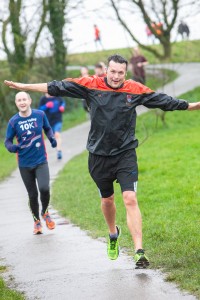 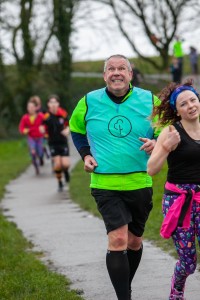 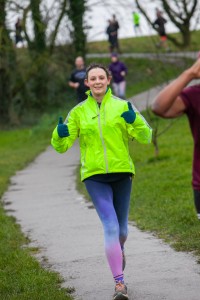 Our first finisher today was Kurtis Gibson in 15:48 (PB) followed by Adam Holland in 16:38, who is currently our course record holder. Just behind them having a closely fought battle for 3rd and 4th were Toby Norman in 17:48 and Hannah Taunton in 17:52.

Along with Kurtis we had another 30 personal bests today. Thank you to all the pacers who helped today and congratulations to the two of you who managed to get within two seconds of your bib time.

We were joined by 60 first timers which included visitors from Taunton, Worcester, Pymnes Park (London), Ripon, Manchester, Cheltenham and Bridgwater Albion Rugby Club. Hopefully next time you visit the weather will be a bit nicer! 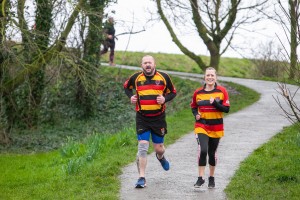 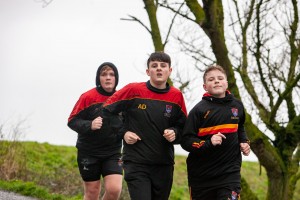 It wouldn't be possible to hold the event without the help of our volunteers who today included some completing their 'Duke Of Edinburgh' award.

If you would like to volunteer and get a snazzy purple t-shirt after helping 25 times, please see the roster attached the office window on a Saturday morning or pop us an email at burnhamandhighbridge@parkrun.com 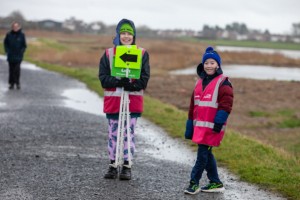 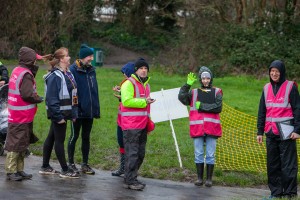 Today's full results can be found by clicking this link:

For those of you who don't know already, on 29th February we are going to be doing something different ... reversing the course! Please come and join in the with fun, as if its a leap year special we won't be doing it again until 2048.

Saving the best news from today's parkrun until last, we were joined by Sarah Flourentzou and massive group of #NoExcuses friends and family. For those who don't know Sarah for the last 18 months she's been going through chemo with her final treatment over the weekend. During this time she's completed all but 4 parkruns and has said "it's helped her to focus and keep going." You're such an inspiration and along with everyone else, I hope we continue to see you every week (unless your touristing at another event) 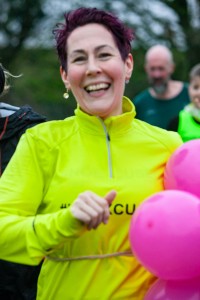