The Nice and Sunny One 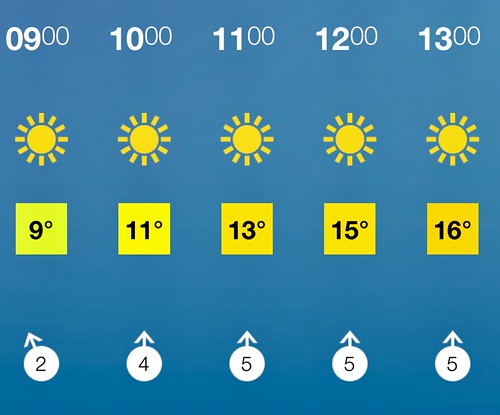 Entering the park at Church grove and running the first K in reverse up towards the start is my preferred warm up route and it's always nice to see other park runners along the way. I enjoy the sense of anticipation and general hum of conversation as other runners meet and greet friends at the playground area. It always surprises me how quickly our disparate group of merry runners gathers into an orderly formation, ready for the off at 09.00. 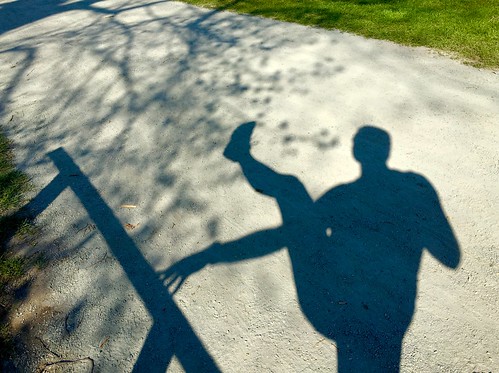 Saturday also marked the 170th running of the Grand National at Aintree and while we couldn't offer a share of the £561,000 prize money there were a few nice cup cakes and brownies floating around at the finish. Our total of 1146 runners and riders were chomping at the bit and ready for the off. We were expertly corralled by first time clark of the course ( sorry run director ) Simon Lane who managed to keep us all reined in as we jockeyed for position. Simon had us under starters orders and the flag was raised at exactly 09.00am.Simon was an enthusiastic adopter of the step ladder technique, first patented I think, by Ray Coward. 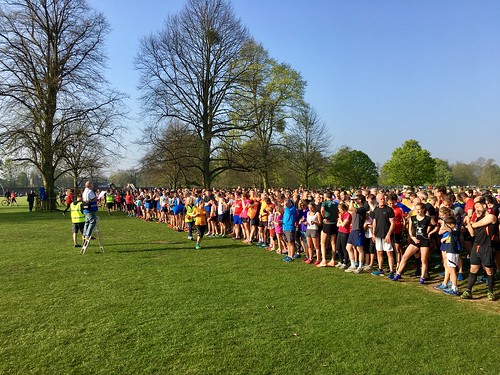 Now, if ever you wanted an odds on favourite at Bushy you wouldn't go far wrong with Anthony Jackson. Before today Anthony had finished first past the post on no less than 49 occasions. He duly made it 50 this morning in a time of 16 minutes 20 seconds on his 198 run. Anthony has run 171 times at Bushy and has also been first finisher at seven other park runs. He has been first finisher in more than a quarter of his runs. A fantastic achievement. 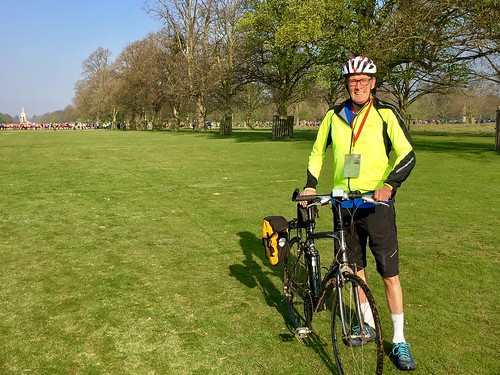 A fabulous way to experience just how quick our fastest athletes run is to volunteer for the lead bike role. It's probably the only way the vast majority of us will get round the course in under 17 minutes and is an exhilarating volunteer role. Just be ready to keep ahead of the lead runners because they really do motor along. 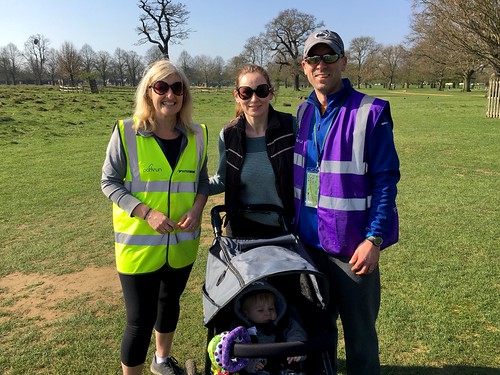 At the other end of the event but no less important is the tail runner role. If you're carrying a knock or just fancy a gentle walk / jog around the course at the back of the field it's a very enjoyable but vital position. You also get a run credit and it's quite an honour to finish in the lanterne rouge position. 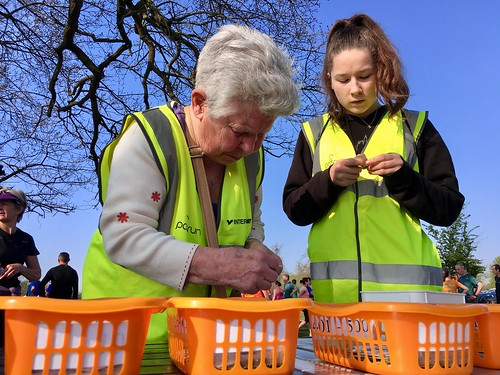 If you don't fancy signing up to volunteer officially you can always help with the sorting of the used finish tokens for a few minutes after your run. It's a very jolly way to chat with other runners whilst struggling to read the small numbers on the tokens! 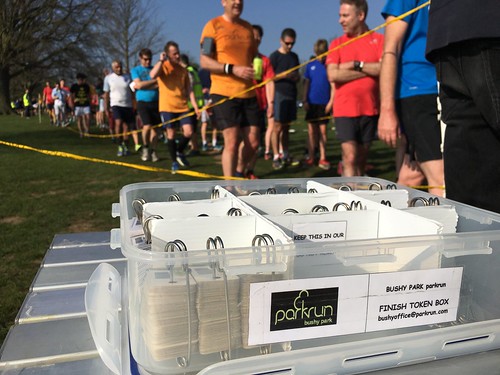 Eventually they end up neatly ordered and ready to go again. 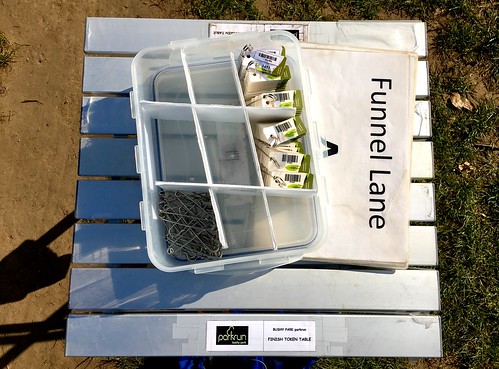 We even have an officially labelled finish token table. An event this slick doesn't just fall together!

I would wholeheartedly recommend trying out a volunteer role, it's a great way to see the other side of parkrun and you'll be surprised at just how often you get a valid excuse to drink Processo at 10 o'clock in the morning!

email Pat McGrath at bushyhelpers@parkrun.com if you fancy giving it a go. 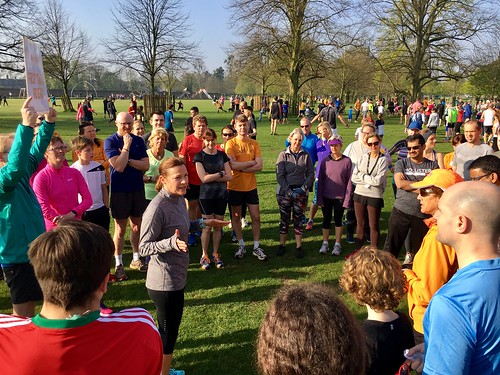 The new runner's briefing is always attended by a mixture of brand new park runners and those visiting from other events. On Saturday we had visitors from around the UK as well as Wendy and Simon Yates and their daughter Giverny all the way from Valhalla run in South Africa. Wendy is the run director at that event. South Africa has fully embraced the parkrun ethos and they now have 100 events. Amazingly 21 of those events have record attendances of over a thousand runners. The North Beach event had an attendance of 1933 in February of this year and the highest ever number of runners for an event in South Africa was at the now sadly discontinued Voortrekker Monument which had a total of 2060 for it's last run. Also visiting from South Africa were Mike and Sally Sage from Johannesburg.

A little closer to home Sarah and Matt Curtin were visiting from Plymvalley in Plymouth. 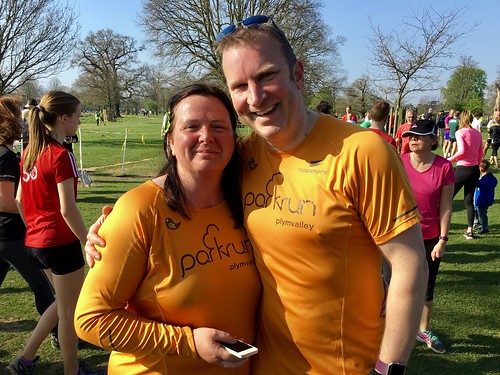 How we all did

We had a high number of PB's, 189 of you ran your quickest times ever at Bushy, very well done to everyone for those.

First finishers for the men

We have two new members joining the 50 club today. Both Andy Shipley and Rob Wakeling started their parkrun careers at roughly the same time in the autumn of 2015 and both have stayed faithful to Bushy by doing all their runs there. Big congratulations to you both. 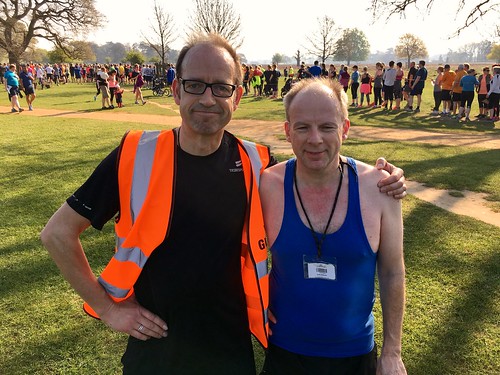 Richard started his parkrun career as long ago as 2006 and has run all of his 100 at Bushy. He achieved his super quick PB of 19:39 in February of last year.

Graham first ran in 2009 and ran his PB of 24:27 in September 2012. He's strayed from Bushy just twice, both times at our near neighbour Kingston.

Wendy started parkrun in 2014 and has run 96 times at Bushy. She has also run three times at Kingston and once at Richmond Park. Wendy ran her PB today in a time of 24:17, especially for her 100th. She was busy this morning having also given the New Runners Briefing before we all set off. 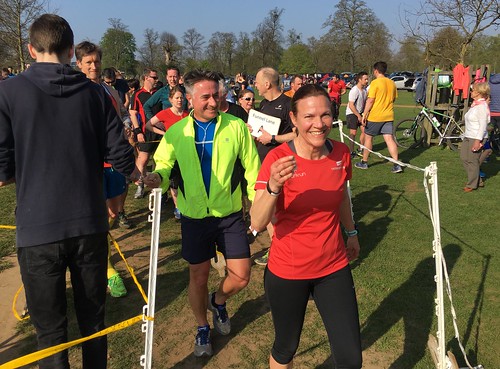 On a more negative note for Wendy, she also has the distinct misfortune of being married to me. No wonder she runs so much!

Very well done to you three. Next stop 50!

We're all excited for Ramona Thevenet as she closes in on being the first female member of the hallowed 500 Club. Fingers crossed for next week!

What It's All About 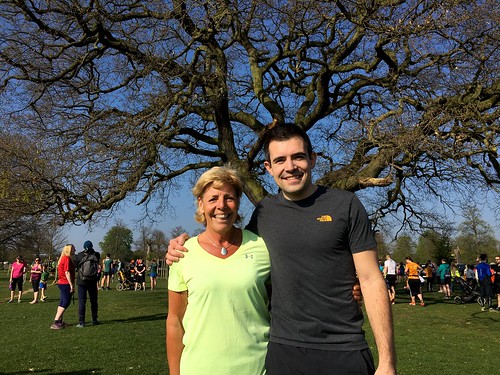 At Christmas Steph Howarth, encouraged by her son Patrick, decided to try the couch to 5K programme. Nine weeks later she ran her first parkrun at Bushy. "it feels fantastic!" said Steph. Congratulations to you both. 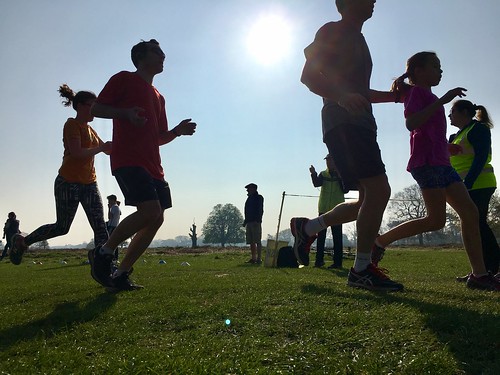 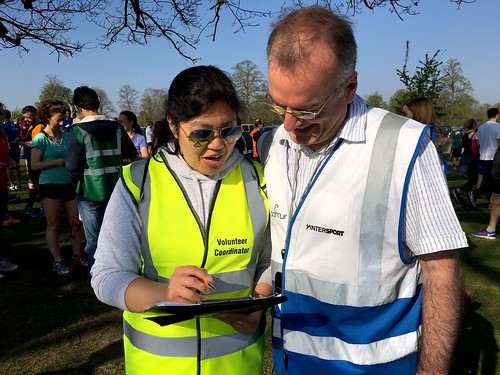 After last week's run some of us went on an hour long CPR course in nearby Thames Ditton. It was run by Michelle Ashwell who is a specialist nurse, a parkrun ambassador and event director at South Oxhey. Somehow she managed to find time in her busy schedule to impart some of her extensive knowledge to us during a very informative and enjoyable session. 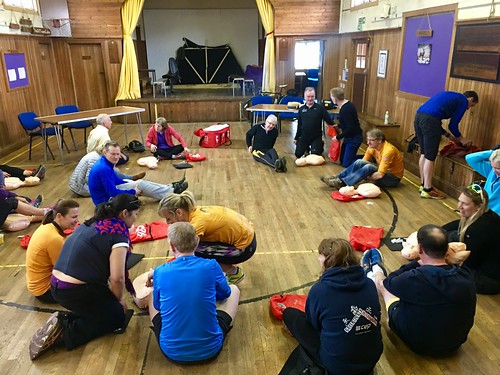 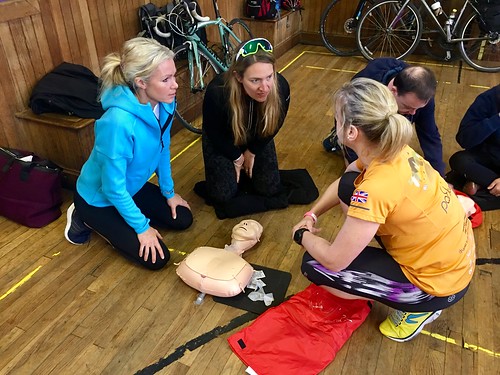 As Run Director Simon reminded us all before this week's run, we also have a portable defibrillator situated at the start area of our run at Bushy.

Don't forget, there's always time for coffee and cake at the Pheasantry after your run. 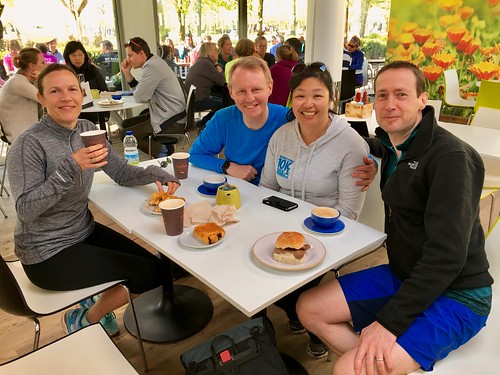 ...especially if theres some hardcore number crunching to do! 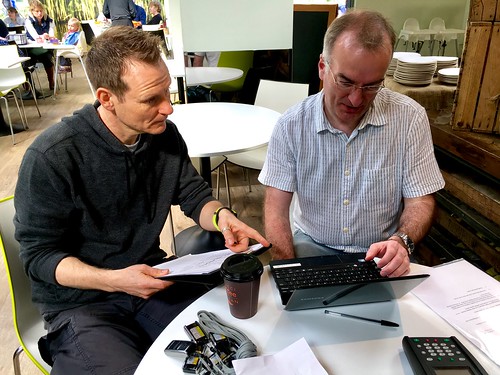 huge congratulations to some of our regulars who ran the Brighton marathon in very hot conditions on Sunday; 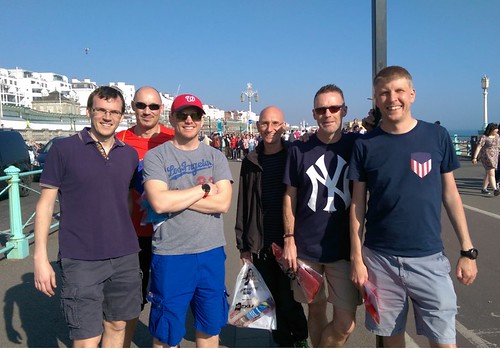 I could be wrong but I think that's like running eight and a half parkruns at about 25 minutes each. 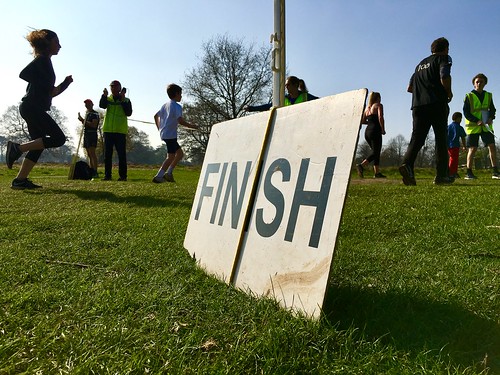 P.S. Thank you to Rodney for the stats.