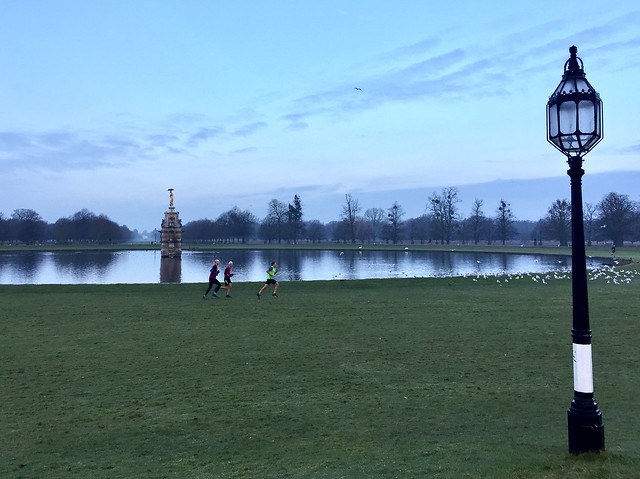 An arctic wind blew and the skies were slate grey and overcast.  Some of us had post Christmas blues, a few extra pounds around our middles and a few less pounds in our pockets.  But the warm glow of parkrun lifted our spirits.  Our parkrun family gives us a collective warmth, seeing friends, feeling good about running and the altruisim of volunteering. 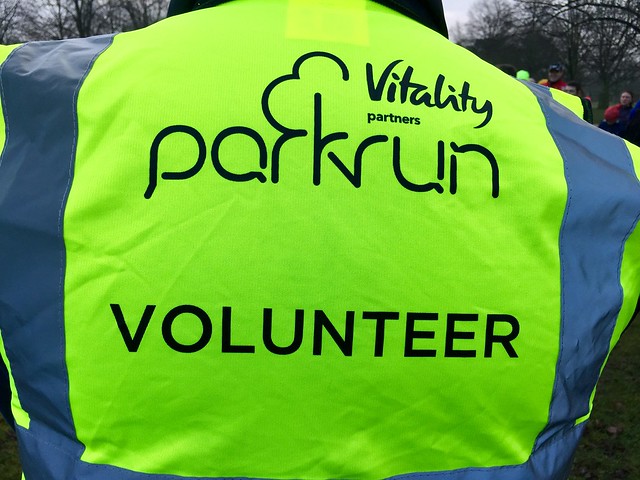 It if wasn't for those wonderful 49 volunteers who helped set up, marshal, co-ordinate, record our times, manage the funnel, give out tokens, scan, brief, cycle at the front, and walk at the back, we wouldn't have a run so please let's all say a huge thank you to everyone who donated their time today. 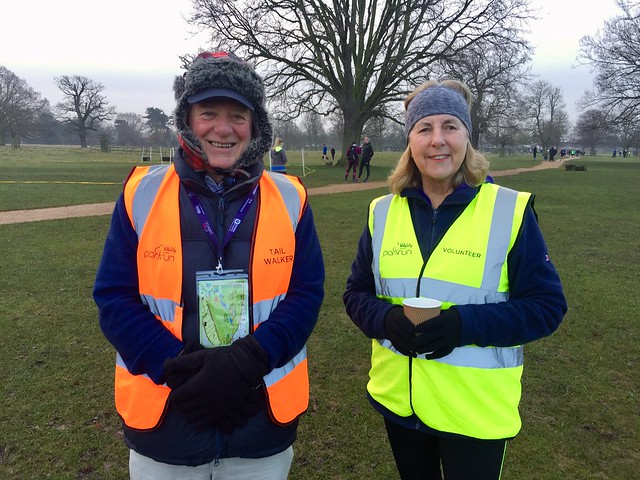 Ivor won the prize for the warmest outfit 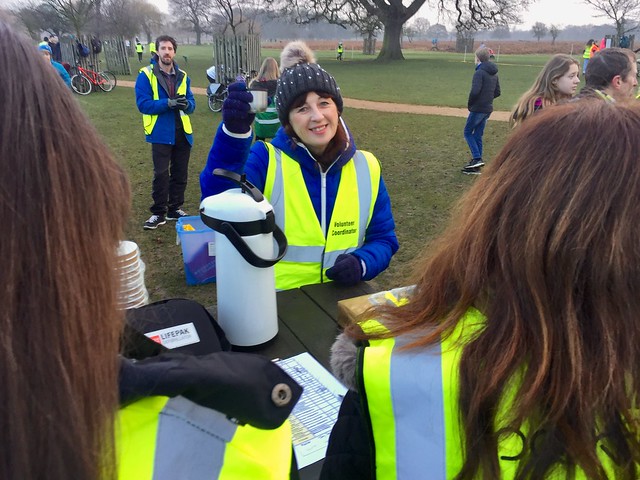 Julie won the prize for the best hat 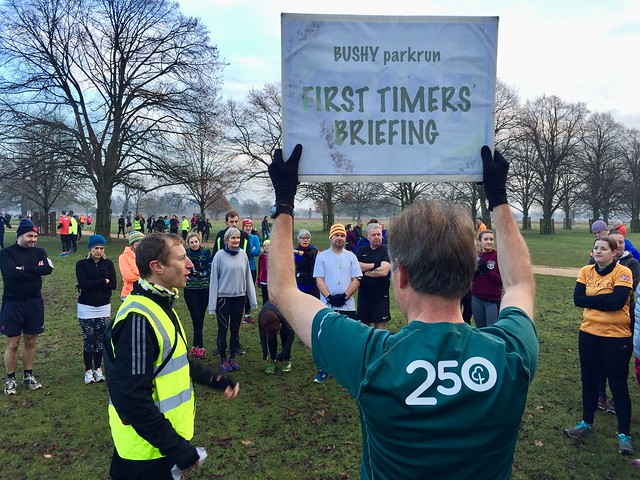 Andy won the prize for the most experienced assistant 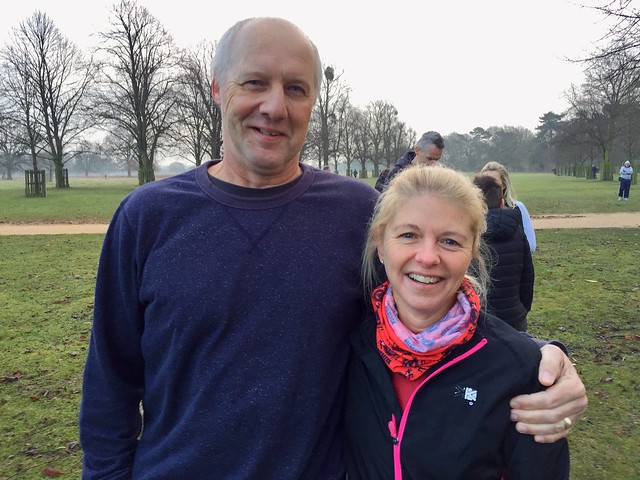 Joan and Kevin Cuthbert were visiting from Paarl parkrun in Cape Town SA. Joan has run equal amount of parkruns in Richmond Park and her hometown parkrun, but this was her first visit to Bushy.

We had 78 First Timers.  Welcome all and hope to see you again next week

1406 of us were sent on our merry way by Run Director Ali Kennedy. 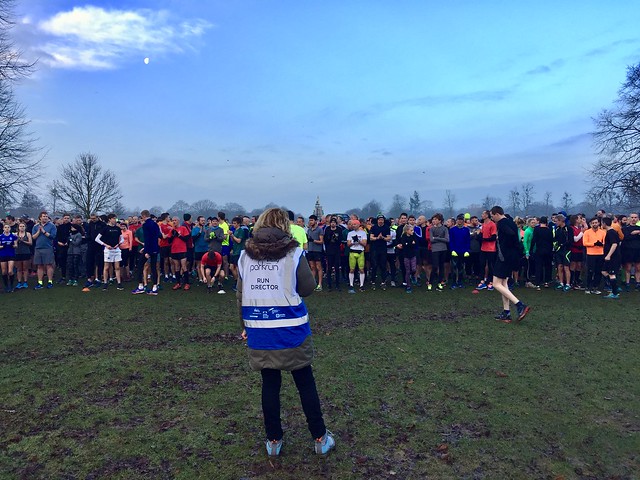 The moon added an eerie glow to proceedings 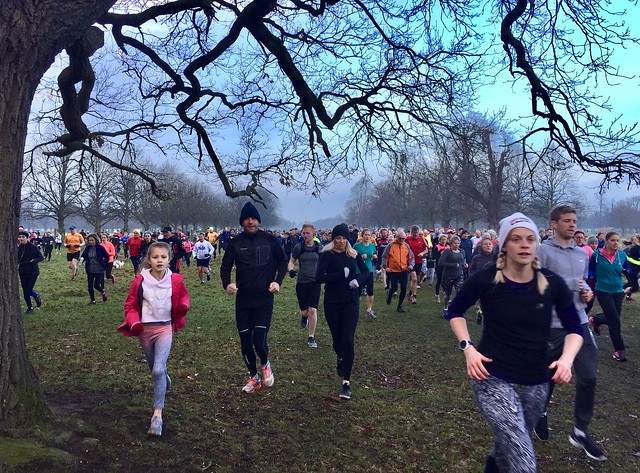 The theme of the day was puddles. We dodged, jumped or sploshed our way through about 5000 puddles (no exaggeration) 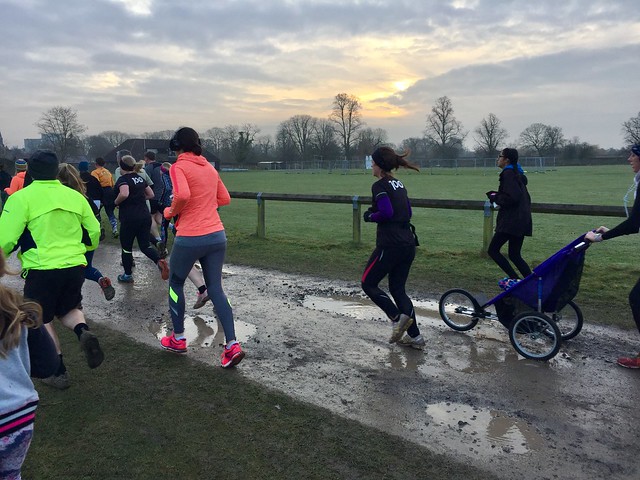 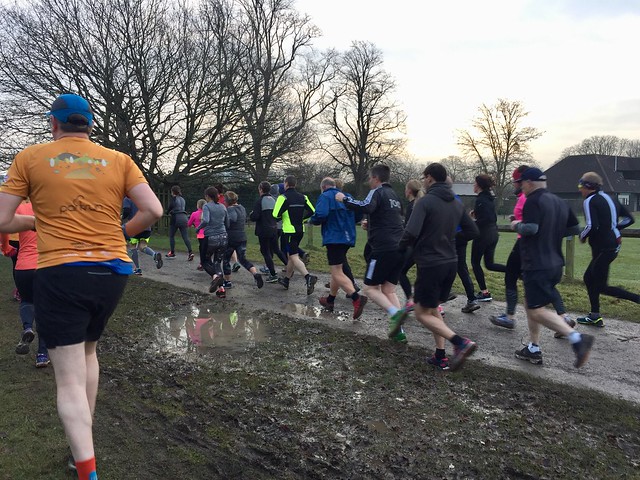 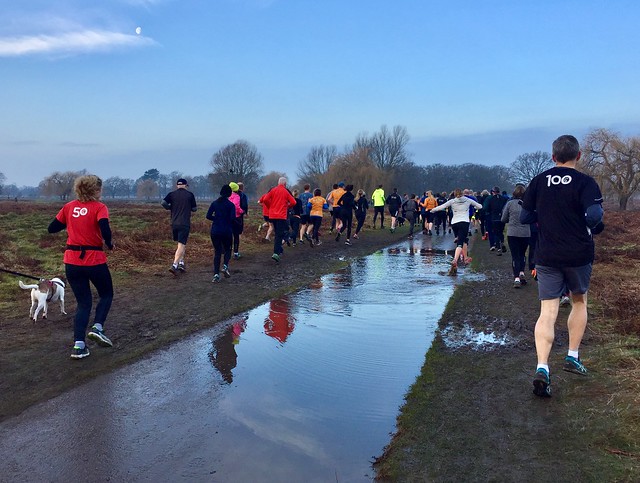 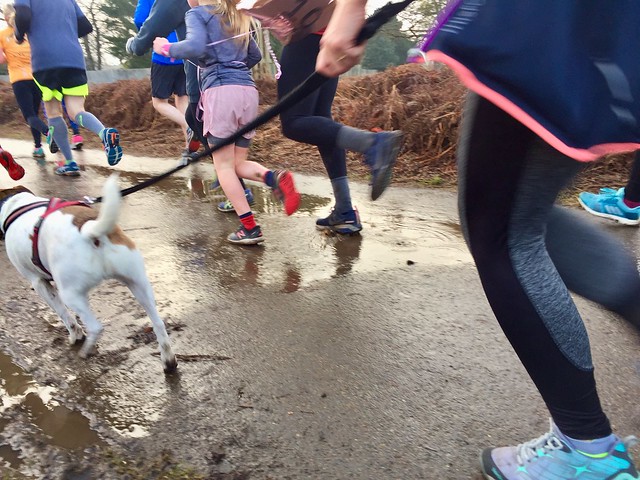 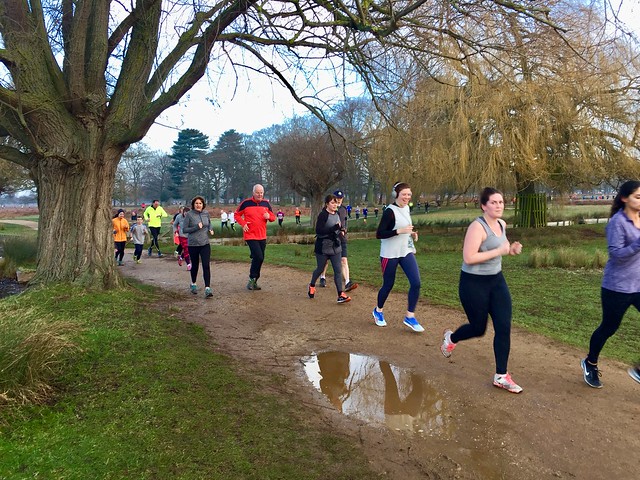 Amazingly 98 of you managed PB's in all the slipping and sliding.  Congratulations! 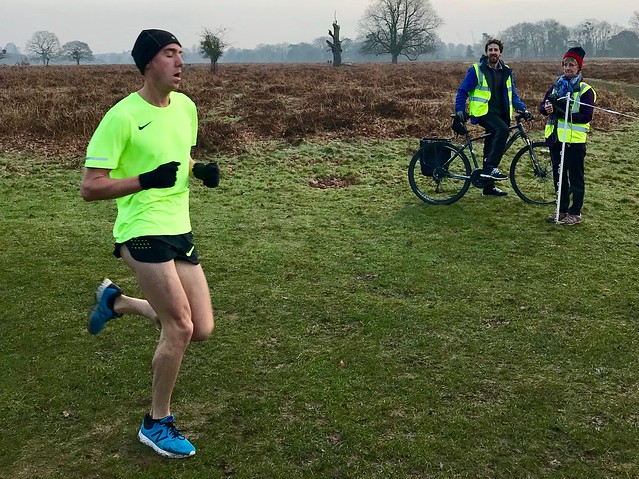 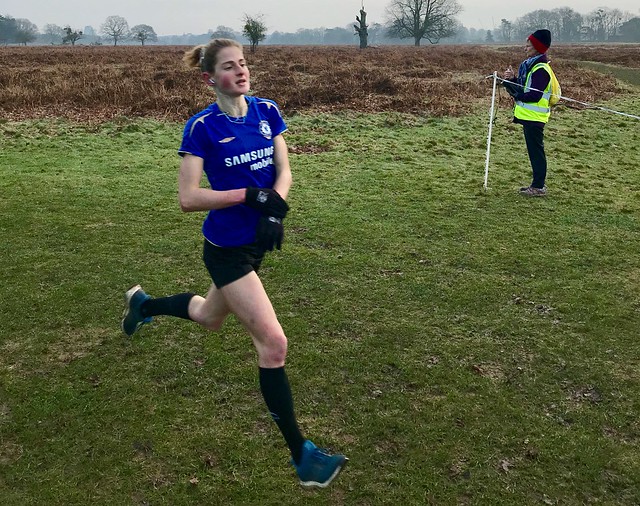 It's a thing of great beauty.  A truly slick operation.  On a personal note I was elated to get a letter.  Apologies to everyone I held up whilst taking photos of it! 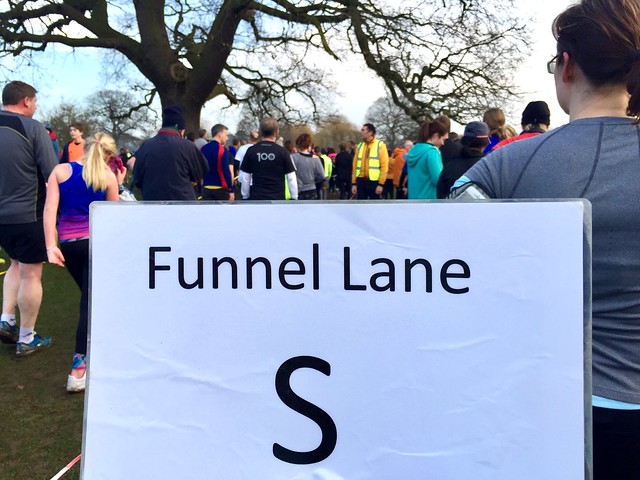 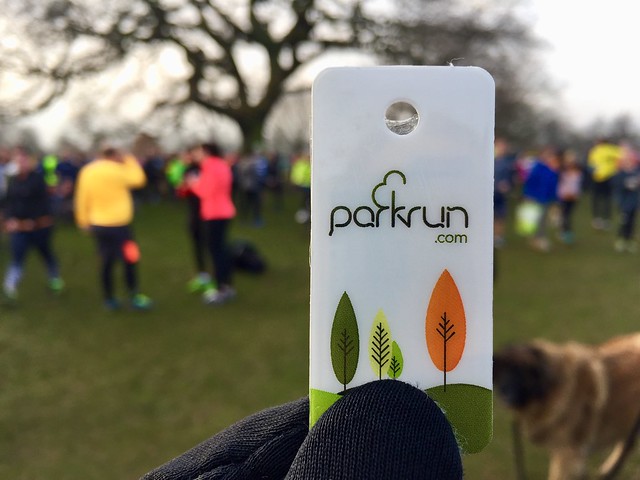 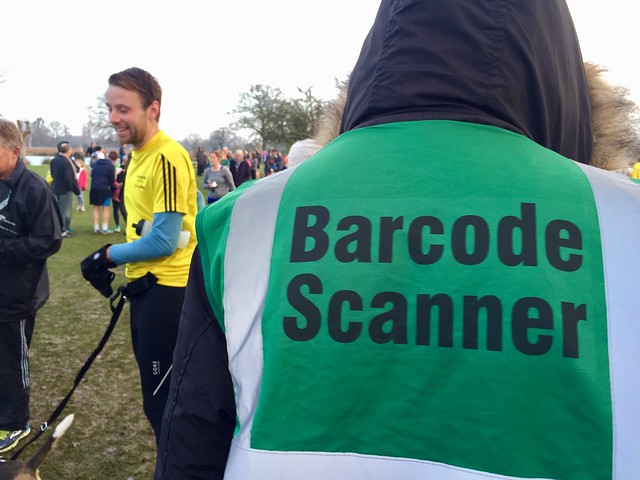 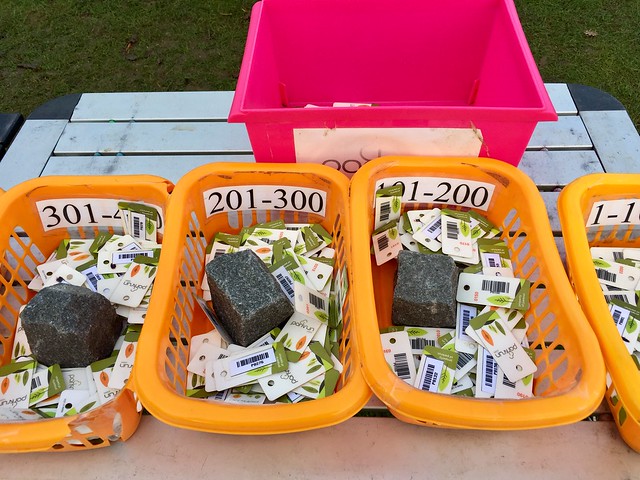 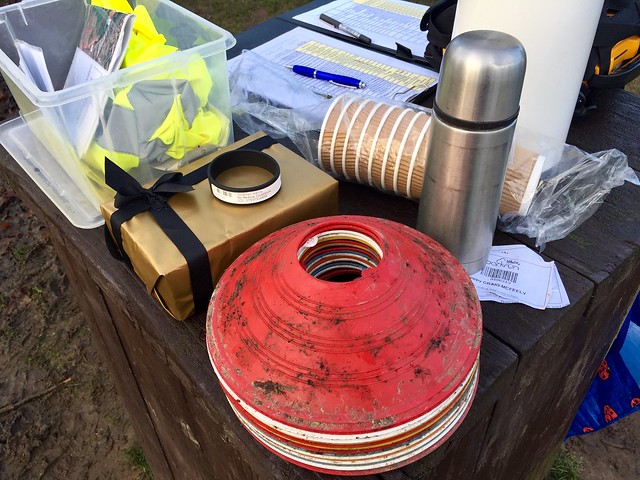 Summer Jarman ran her 10th parkrun clutching a pink star shaped balloon.  And she got a PB! 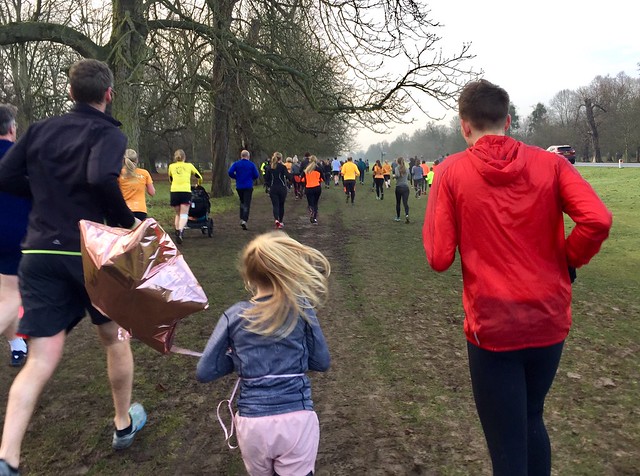 James Ronaldson is a Bushy regular.  He's only 7 and this week claimed his 100th t-shirt.  He also has 91 junior parkruns to his name. 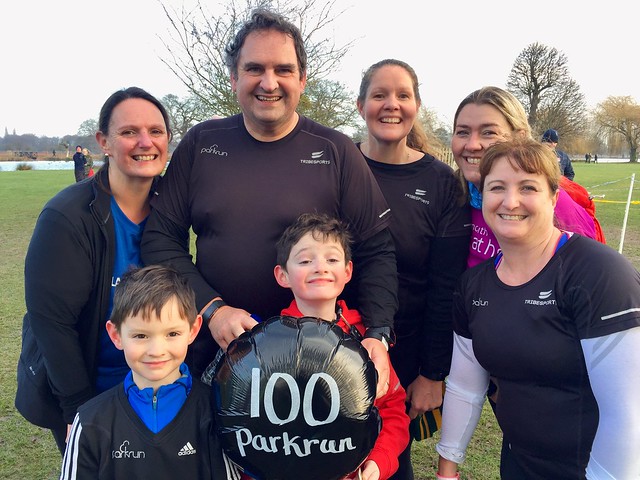 James with his family and his twin brother Matthew, who has already run his 100th run 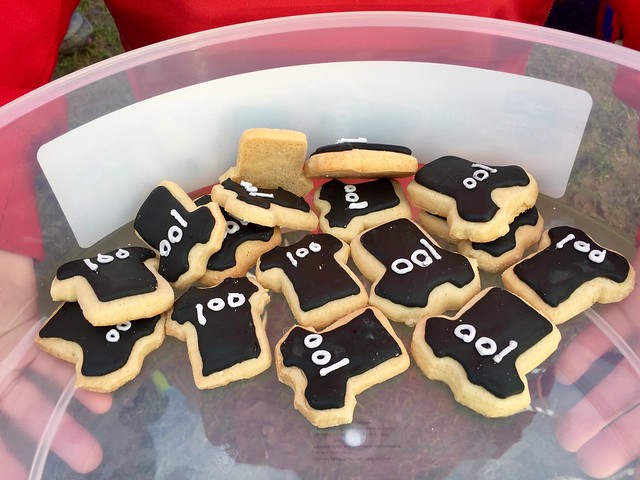 James and his mum Nicola made some biscuits. Ooooh they were delicious! 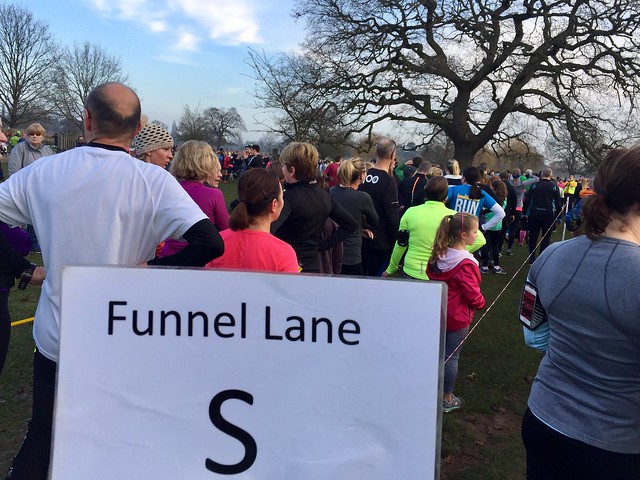 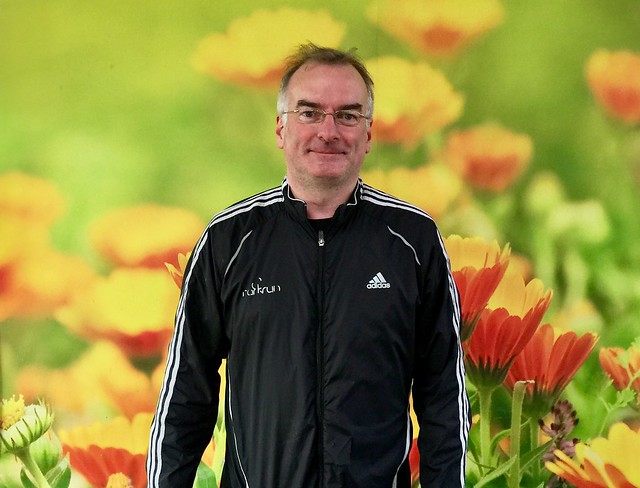 Another Bushy regular is Simon Lane.  He was celebrating his 10th anniversary at parkun.  Not an official milestone but it gave me the chance to look back at his first run on 12th January 2008 run no. 178.

Back in those days there were only 413 runners. The first finisher was Danny Norman in a time of 17.04.  Danny is one of the small group of 500 milestone runners (570).  Unsurprisingly there were several of the other 500 milestoners running that day Darren Wood (650), Richard Fletcher (571), John Woods (539), Polly Adams (507), Ramona Thevenet (520), John Hanscomb (561).  To put it into some cultural context, Gordon Brown was our Prime Minister, George W. Bush was President, January was a month of gales and norovirus and Prince Harry was courting Chelsy Davy.

And that's it.  I'm off to clean my trainers. 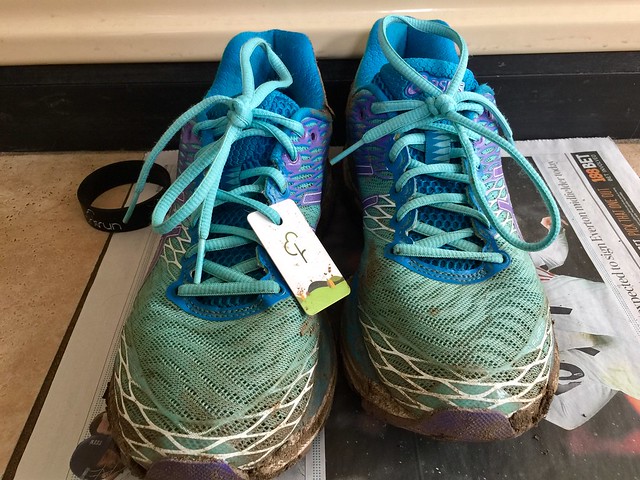 with thanks to Lucy for additional photography.