What with local running club SHAEF Shifters taking over pacer duties for the day, I thought it apt to give this week’s run report a bit of a historic theme. For those that don’t know, this newly formed running club were named after the Supreme Headquarters Allied Expeditionary Force who were based right here in Bushy Park from 1942 through to the end of WW2, in what was called Camp Griffiss.

I do like a map, so here’s one I drew of Camp Griffiss, and our route around it. 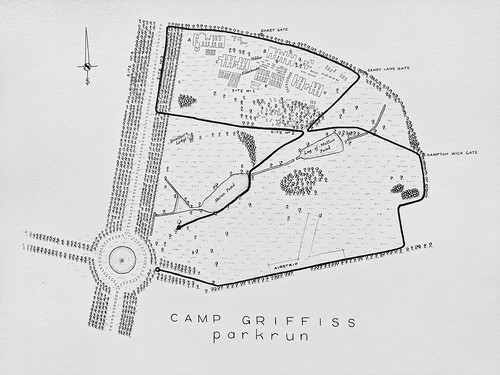 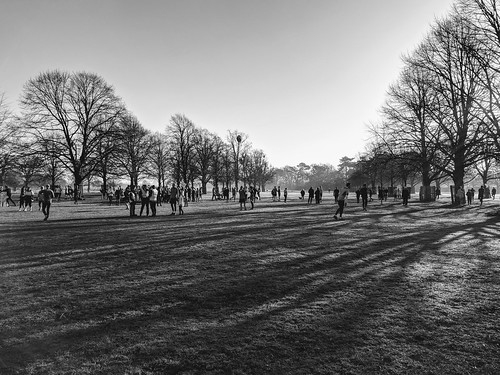 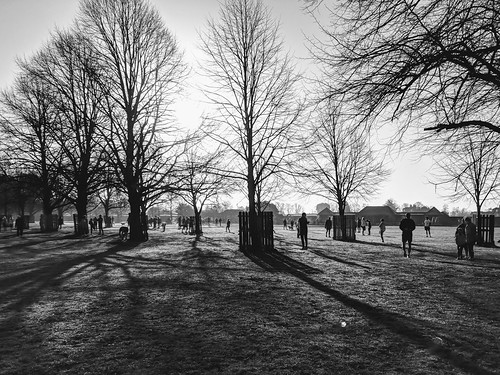 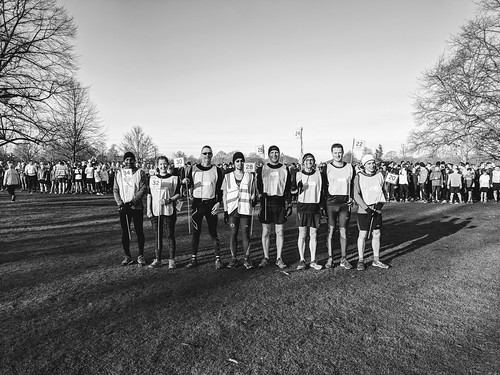 1249 runners and walkers toeing the line, and ready for take off. 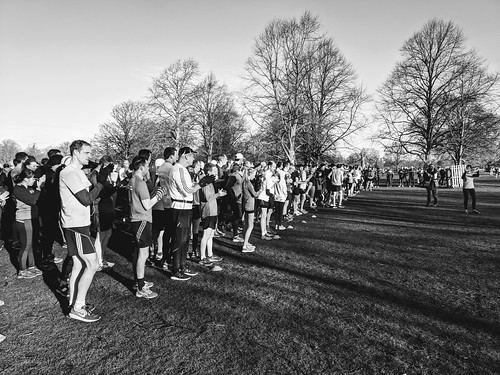 As we head down the first straight, we follow the edge of what was at one time, an airstrip. Used by SHAEF for small liaison aircraft. 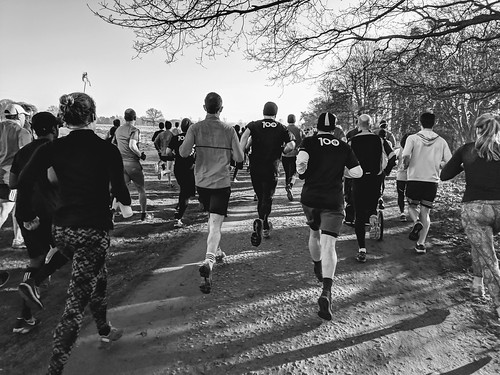 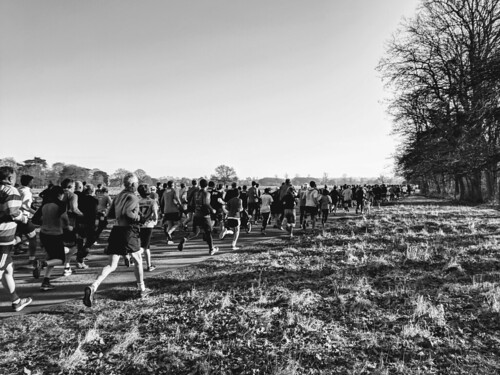 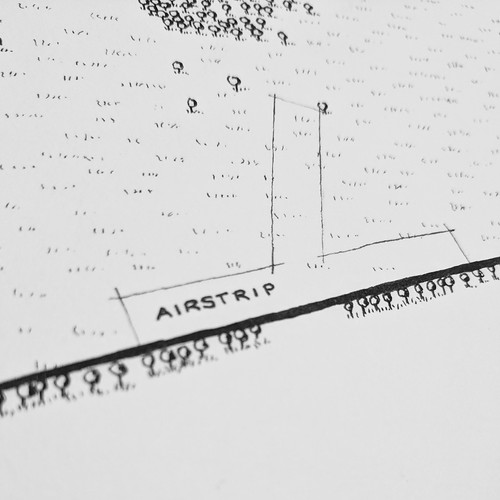 Then soon after the 1 mile point, as we switchback and head into the trees, we’re passing by where site no.2 was situated. 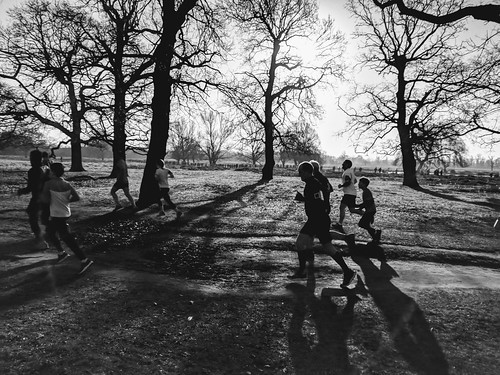 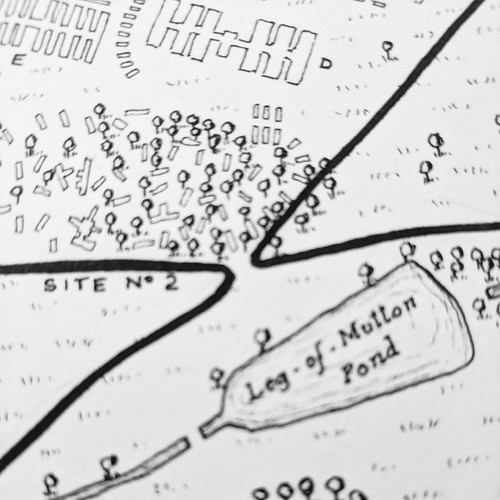 We then pass by block D, meeting another marshal at Sandy Lane gate, and on along the edge of the main site no.1. 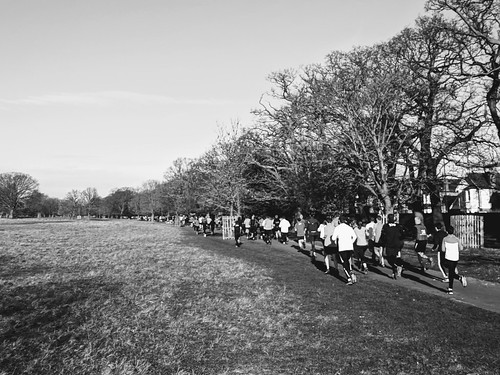 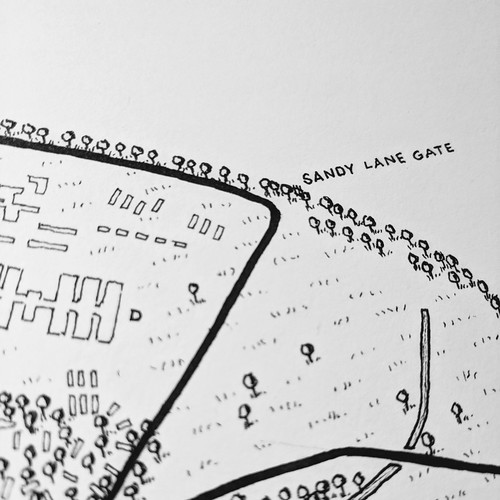 After passing block B on our left, we reach SHAEF gate. Check out the SHAEF shield on the gate next time you’re there. And Eisenhower’s memorial today stands where his office once was, at the south west corner of block C. His deputy, Air Chief Marshal Sir Arthur Tedder was based in the north west corner. 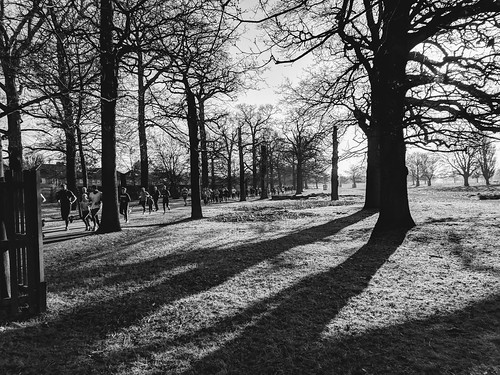 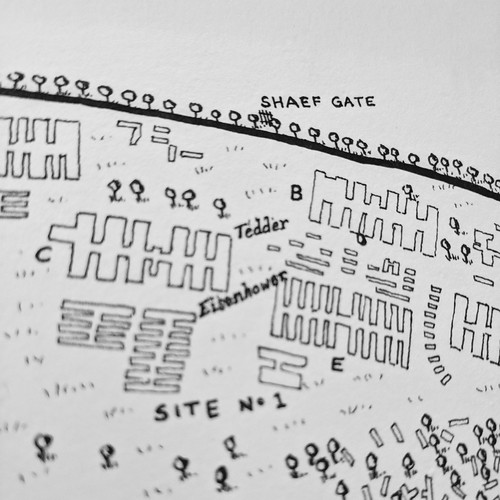 We pass by block A, and reach the 2 mile point before turning up Chestnut Avenue, passing by the huts in the trees at Site No.3. 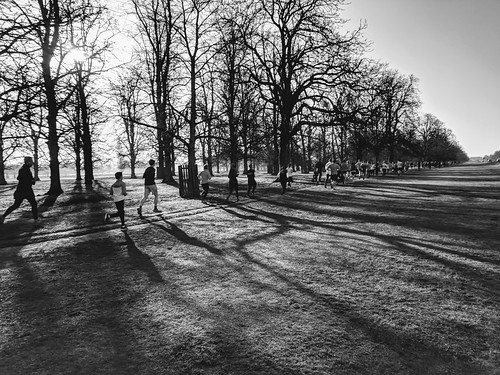 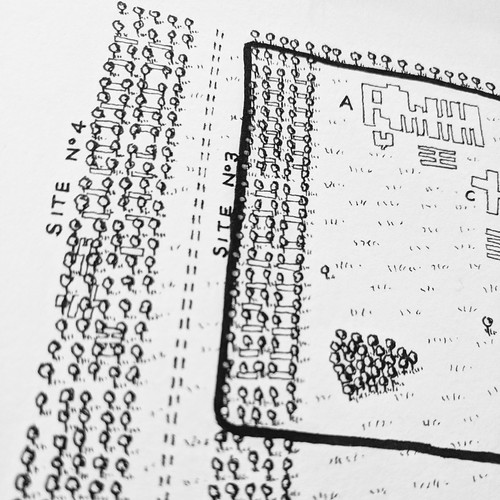 Then after turning back into the park, we reach the 1km to go point, and look back through the trees towards Heron Pond, which was drained and camouflaged to deceive enemy aircraft. 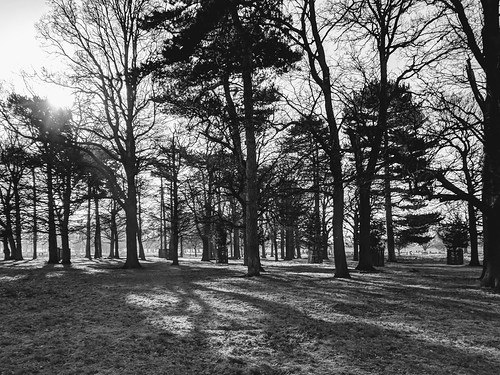 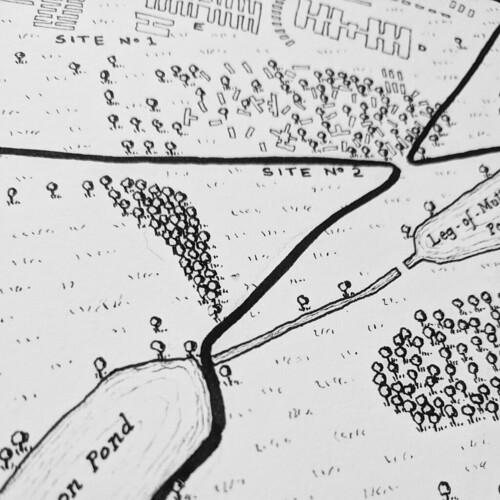 Then pass the pond and on to the finish line. 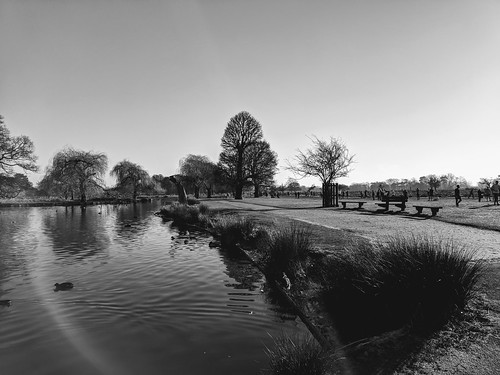 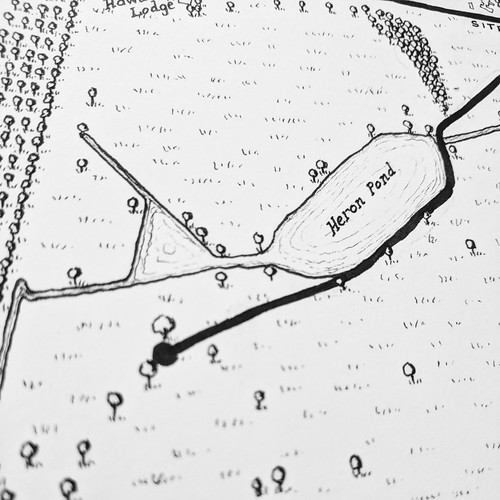 And this old oak probably hasn’t changed much since then. Still mighty as ever. 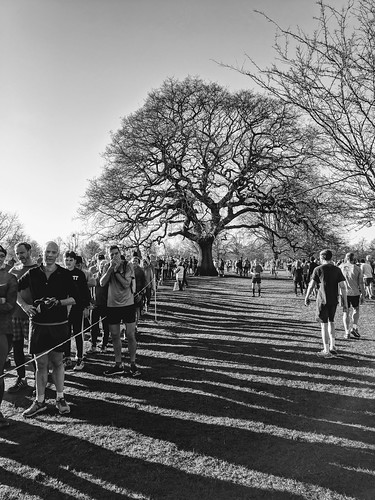 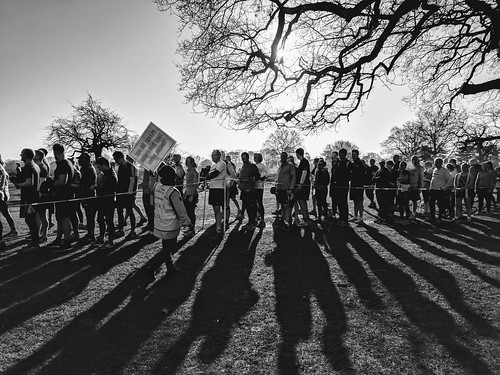 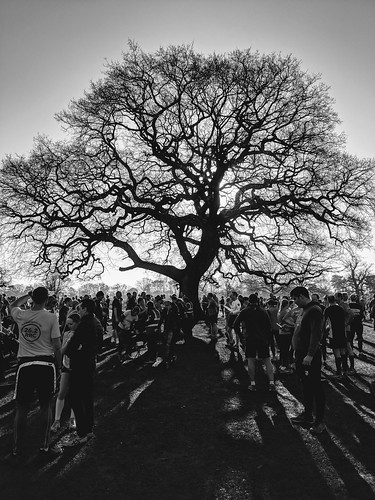 Well done to all 1249 runners and walkers.

84 of you forgot your barcode.

3 of you joined the junior 10 club, congrats to:
Cameron CREASER
Fred GOWERS
Joel MAY

No new 250 or 500 club members, but Brigid HIBBERD enjoyed some celebrations on her 250th from last weekend: 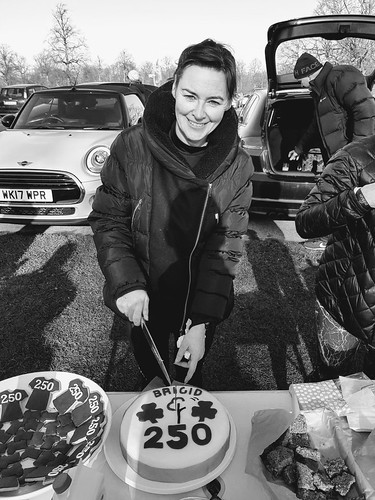 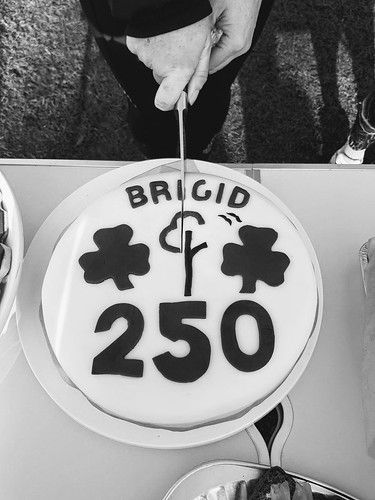 And congrats to Steven BURGE on his 200th, Danny HUTTON and Mike James TAYLOR on their 300th, and Christopher JOHNSON on his 400th parkrun!

And how did SHAEF get on with the pacing?
Well, 155 new PBs overall is pretty impressive, and I think in the top 10 highest from the last 6 months.

I think that’s it for this week. I’m back to music school duties with the boy next week, see you in the Easter hols. 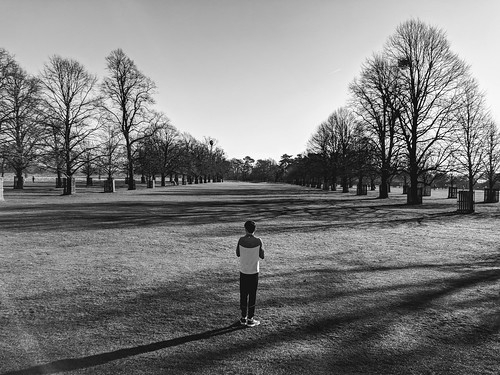