The one with the summer downpour

Weather/ conditions: that thing that never happens at 9am on a Saturday; otherwise mild

Well, you’d have taken it on Thursday, wouldn’t you? 35 Celsius in Bushy Park then. Today it was 16 with a steady summer rain and no wind. That wasn’t the problem. It was the torrential rain overnight that left the course waterlogged. In parts it was as flooded as I’ve ever seen it.

In fact our attendance was so low that it was the first time in parkrun history that Bushy wasn't the busiest parkrun in the country - apart from that one time in 2012 when the Olympic road race went through the park and we had to cancel. The weather must have been better on the south coast as both Southampton and Poole had higher attendances than us. Hopefully the sun will be shining and you'll all be back for the 800th run next week?

And here’s something I didn’t know until now: rain on the screen of your smartphone can be like a rogue finger on the delete button. My list of visitors’ names wiped itself letter by letter in front of my eyes. There was no stopping it. Sorry to those who are consequently nameless in the photos – you can let us know who you are on our Facebook page.

Rain was no deterrent for Heather here, who usually runs at Whitley Bay parkrun and isn’t far off 200 parkruns. She’s the one with the collar on, because she has a broken neck. Yup.

Me: Why are you running with a broken neck?

Heather: Because I can’t do triathlon.

Me: How did you break your neck?

Came off her bike, apparently. Makes wet feet in the park seem rather tame now, doesn’t it? So if you missed your parkrun this week, we'll see you next Saturday!

Bushy regulars Andy ANSTEY, Tony BAKER and Breda MCGREE reached their 250 today. David SITWELL visited from Oak Hill in North London for his. I think not a coincidence that Elisabeth SITWELL also ran at Bushy Park today for the first  time, though she’s one ahead of David on 251.

Black t shirts on the way for Jaroslav WISURA, Vincent FAY, Shivonne GRAHAM and Fiona ENGLAND. Fiona has done all 100 at Bushy. Two parkrunners made their Bushy debut for the occasion, Ben GOODWIN and Dean LIVERMORE.

Sally CLARKE came from Hadleigh parkrun in Essex for her 50th parkrun and her first at Bushy.

Junior runner Oliver DENSLEY, also at the birthplace of parkrun for the first time, ran his 10th parkrun today.

A few unofficial milestones too. Eric SHAWDON ran his 400th - all bar three of them have been at Bushy - and Trevor HUGGINS was back from injury for his 300th.

12 super-fit people achieved an age-graded score of more than 80% today.

A few of today’s visitors 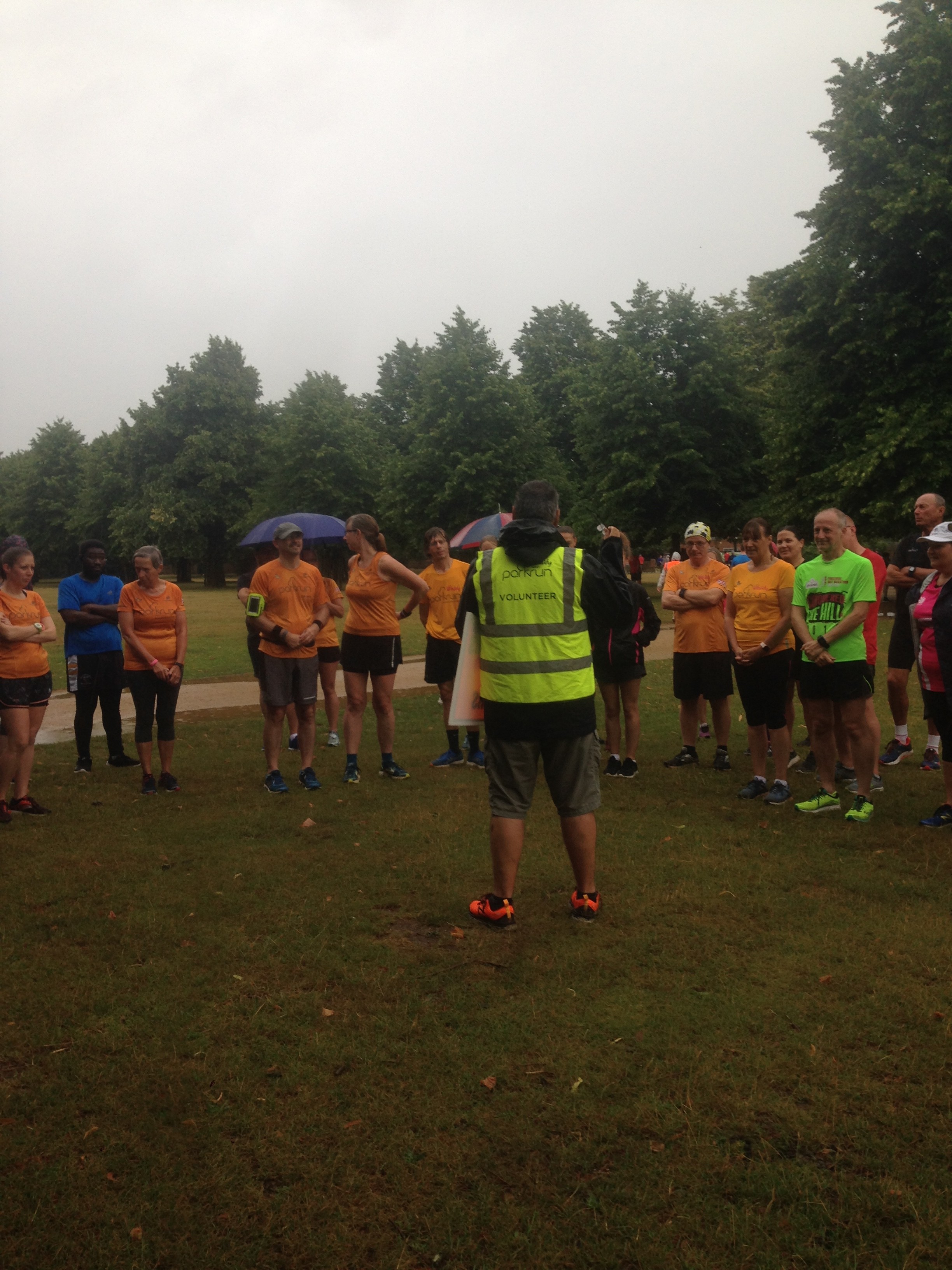 There’s a good chance this is Joseph but I don’t know where he’s from, as it’s not on his t shirt. 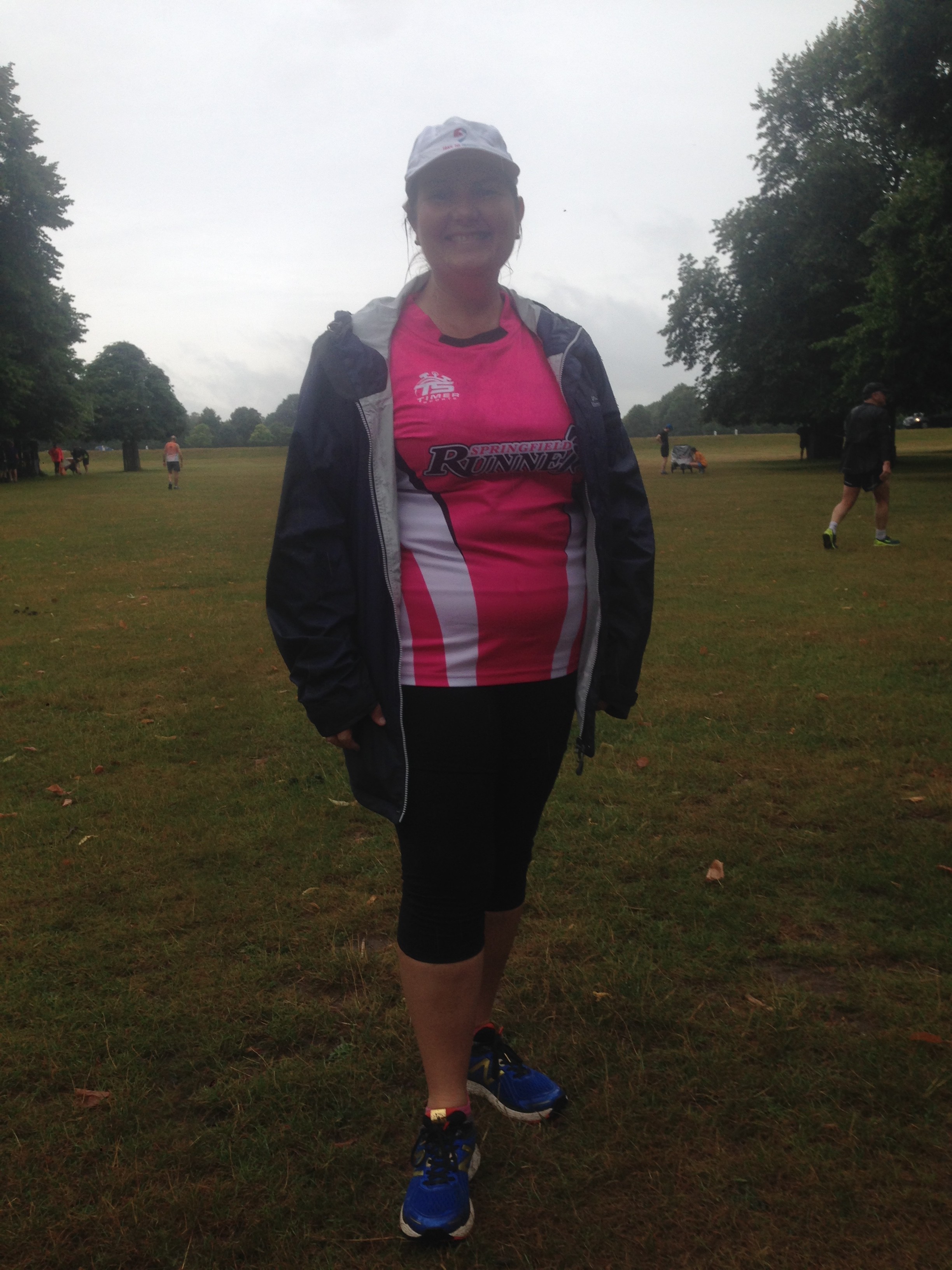 Anita and Leon from Woodhouse Moor in Leeds, which was the first parkrun outside London.

These three came from South Africa. 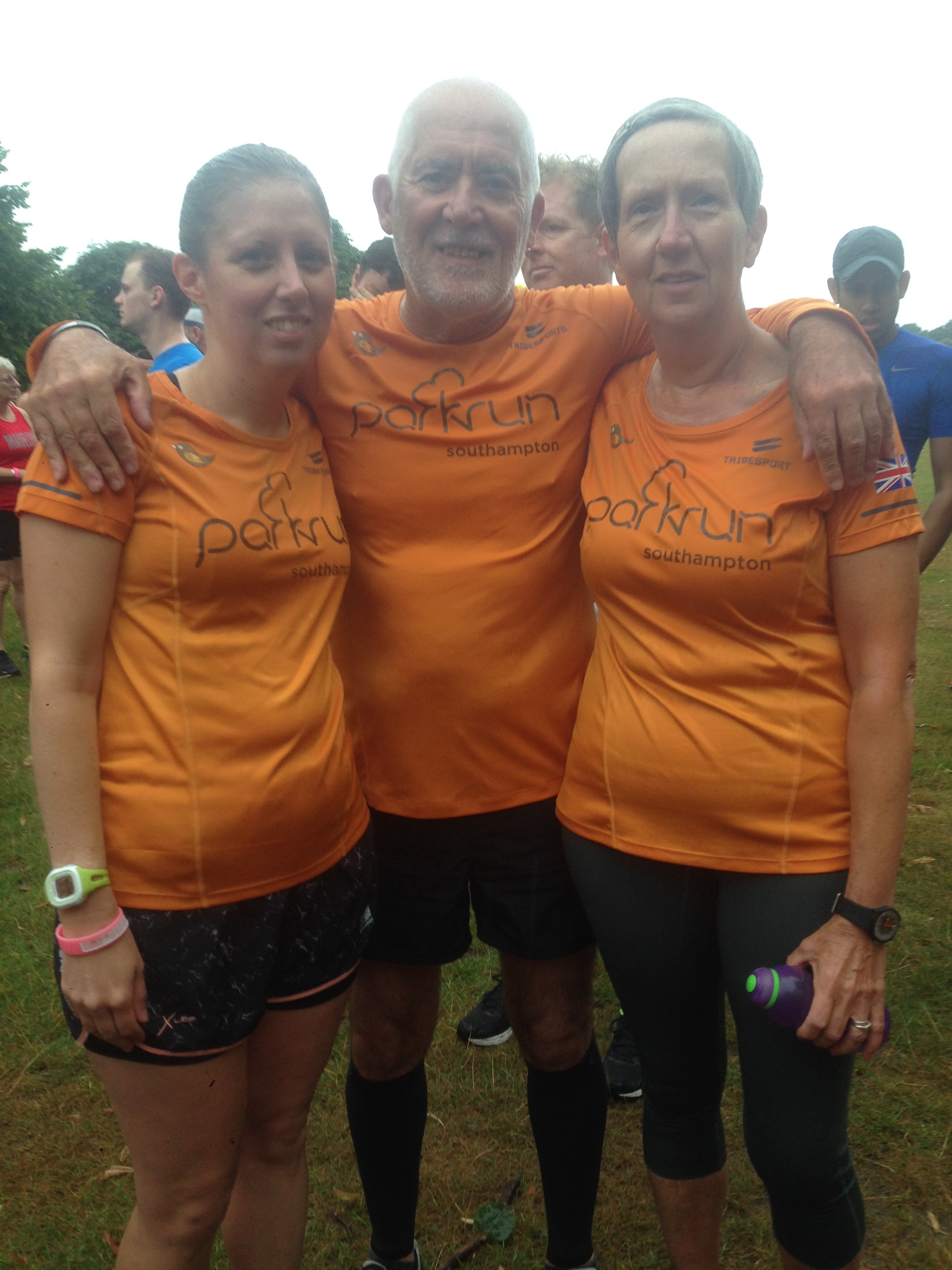 Don't forget, next week it's our 800th run so hopefully the weather will be a bit better for our party in the park to celebrate. Please dress up in either fancy dress or your milestone t-shirts and join us for cake and fizz afterwards. Please feel free to bring a cake, drink or other goodies to add to the celebration...