There's a Deer in me funnel what am I gunna do?!

(Title to be sung to the UB40 tune of a similar name!)

Constructing the funnel was a little more challenging than usual this morning as a deer decided that it seemed like a nice place to graze. Fortunately it had moved on by the time the 1417 runners came through. 'Hind'sight of a previous occasion maybe! 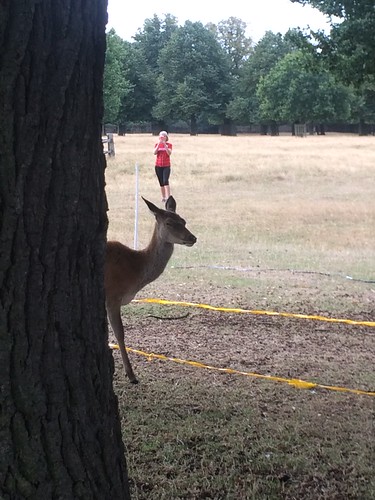 Whilst Ray and team were trying to construct the funnel, the other volunteers began to arrive and were given their instructions by Volunteer Coordinators Hannah, Sue and Andy. 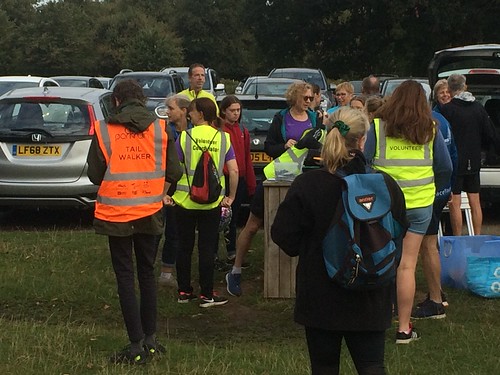 Among the volunteers today were regulars Catelin and Courtney. Special thanks to to Courtney for getting out of bed and volunteering on Saturday, as it was her 17th birthday. Sister Catelin also celebrates her 16th birthday on Tuesday. Happy Birthday girls! 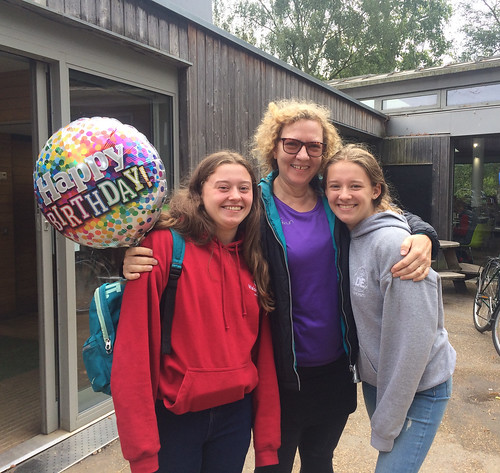 Why not get involved and volunteer? Check out the future roster, http://www.parkrun.org.uk/bushy/futureroster/  and if there is a position for which you would like to volunteer, simply email Pat at bushyhelpers@parkrun.com and let him know. There is no future commitment, you are not expected to volunteer every week (unless of course you want to) and it's a lovely way to meet people - in fact, over 1000 of them!

Meeting and greeting First Timers today was Nick, who gave the briefing to those doing parkrun for the very first time and to visitors from across the world. 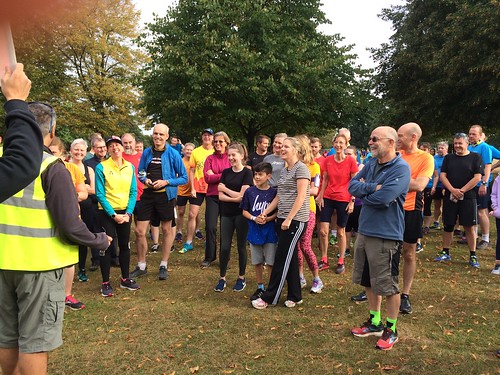 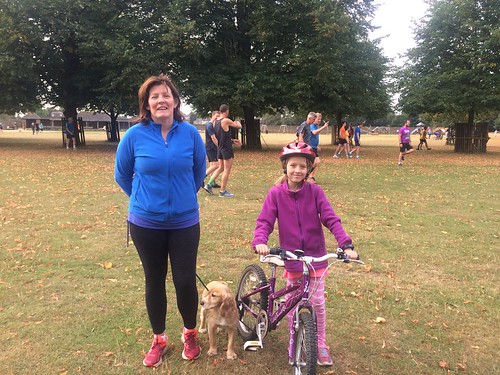 Another first time runner was Olivia who ran with Bailey in the pushchair. 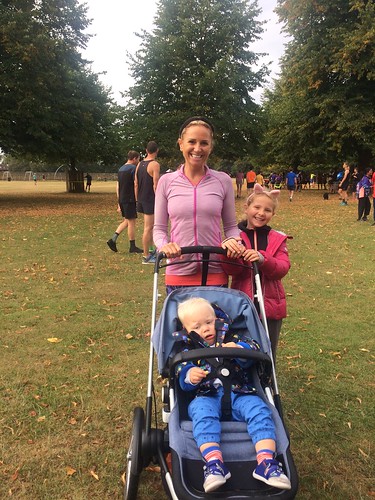 Olivia had been a keen runner and completed a number of marathons. However the nasty illness, Lymes Disease, caused by an infected tick bite, stopped her from running for quite some time. Olivia was keen for me to mention the potential danger of tick bites. You may have noticed warning posters around Bushy Park and Olivia's story highlights that we all need to be aware of the dangers. I have added a link to a Public Health England leaflet which gives helpful information about preventing tick bites and what to do if bitten.

Visitors I met on the way to the startline included:

Jacqueline from Nottingham whose local parkrun is Forest 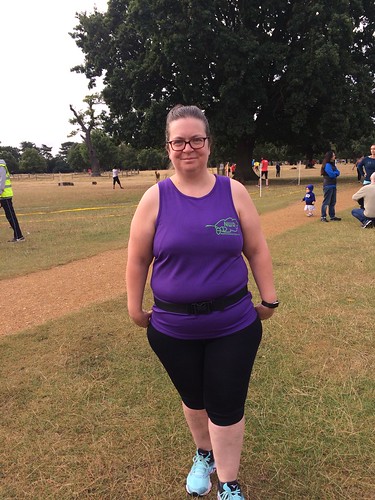 Running in another forest and making a pilgrimage to Bushy Park was Helen from Kidderminster who runs at Wyre Forest parkrun, a particularly hilly run with a 'cardiac hill at the end. Helen was looking forward to our lovely flat park. 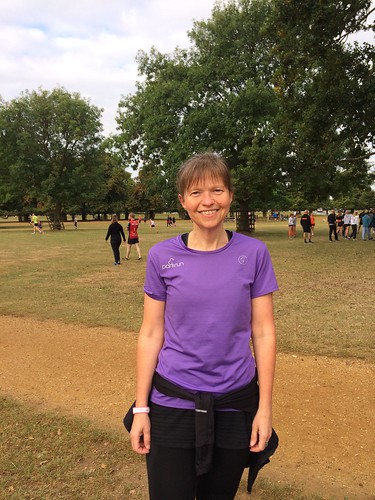 A group visiting Bushy from Peterborough were keen to get started 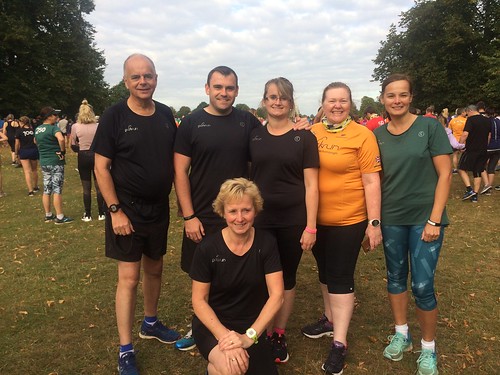 As were the Up and Running Group 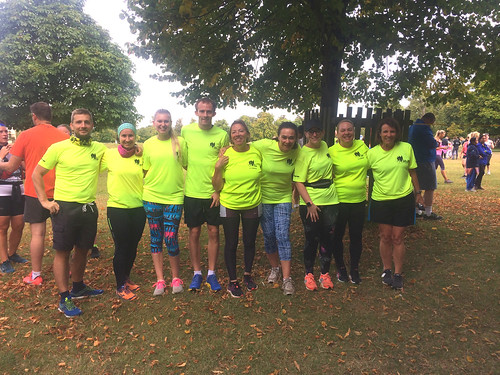 Visiting from the other side of the world, was Jennifer whose club has the wonderful title, Running Mums Australia. Jennifer is the Run Director at Bathurst parkrun Australia. Apologies to friend from South Cerney Stragglers - I didn't catch your name. 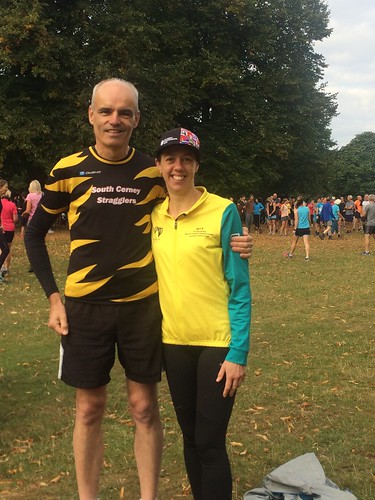 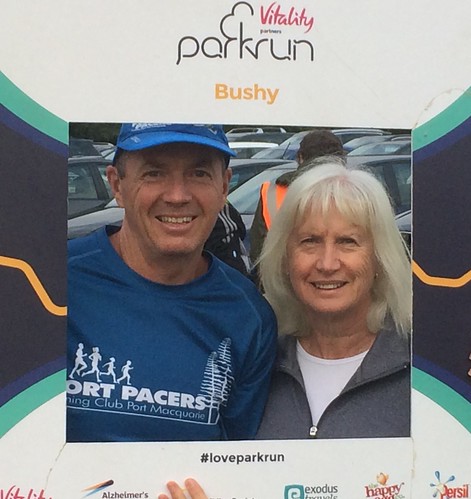 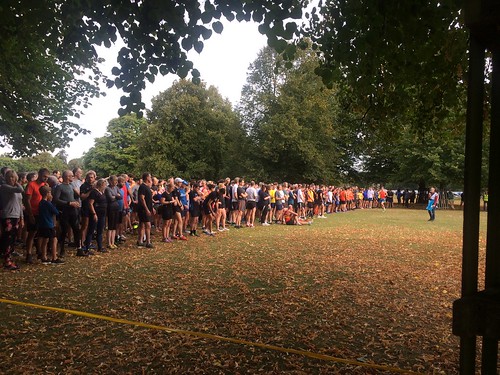 ......and they're away - Peter on the Lead Bike followed by the chasing pack! 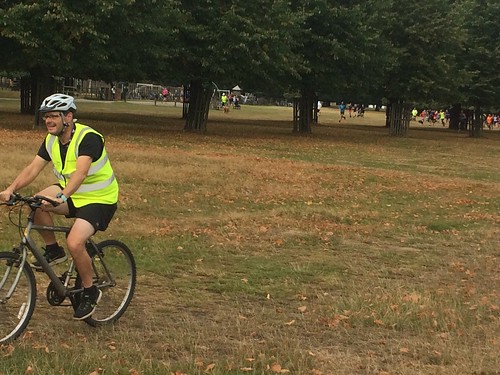 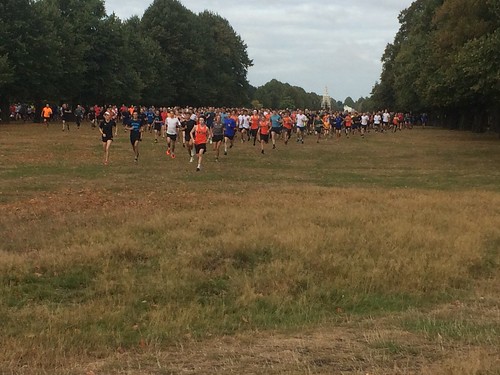 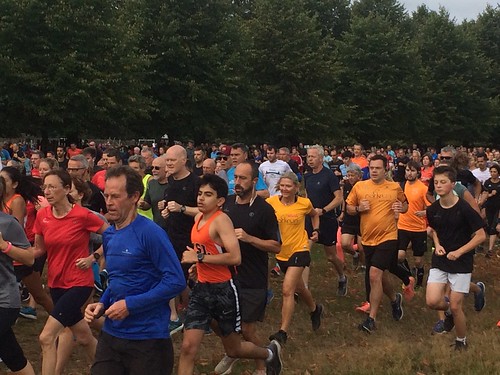 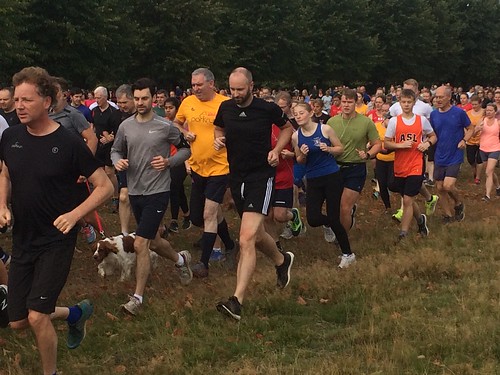 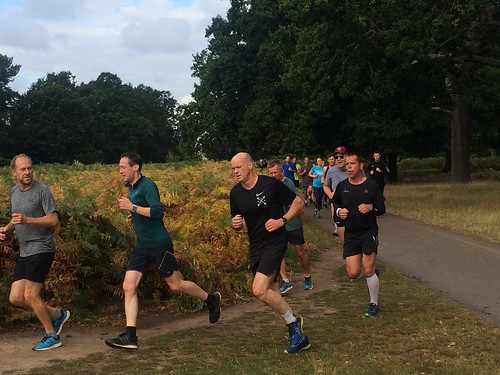 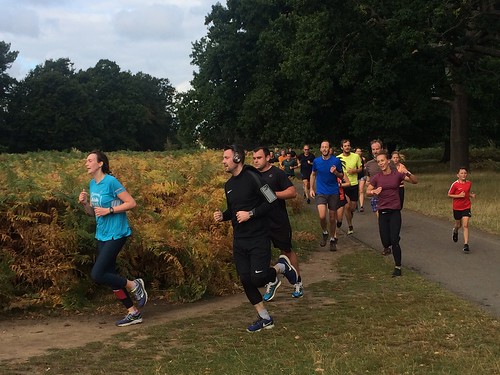 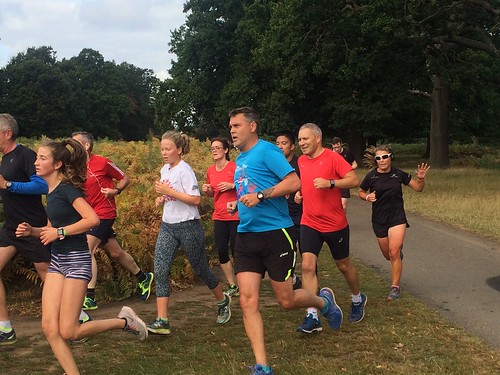 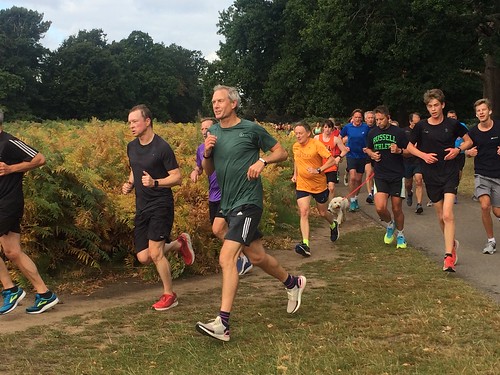 Queuing in the funnel, I met Sophie who is 6 years old and doing her first parkrun having completed over 20 junior runs - brilliant Sophie, well done. 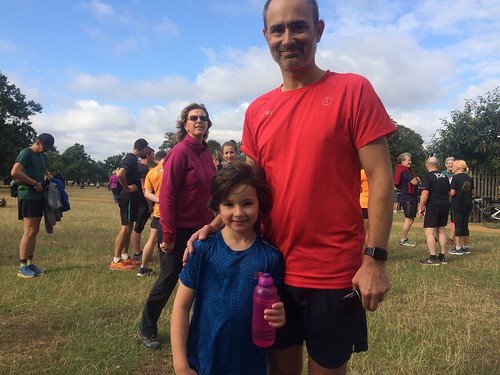 On my way round I got the chance to chat to Anthony pushing his twin girls Emilia and Eleanor along with their Grandmother Claire. Anthony is visiting Bushy Park from Kalgoorlie in Western Australia and Claire is from Redruth in beautiful Cornwall. 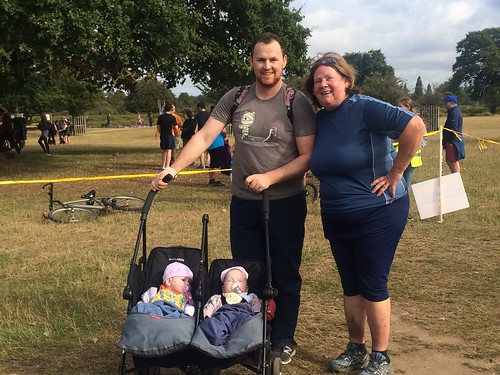 I also joined Indira, originally from India but now living in Canada. Whilst visiting here, Indira wanted to take the opportunity to experience parkrun. 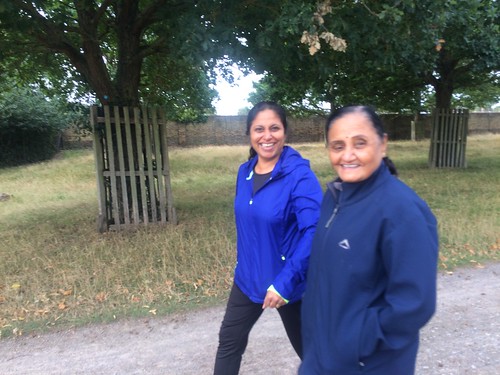 Also new to parkrun are Joanne and James from Johannesburg who have just moved to Teddington - welcome to you both. James did really well today. I met him on the way round at Teddington Gate where he was wondering how much further - but look at that sprint for the line! James, you are a natural! 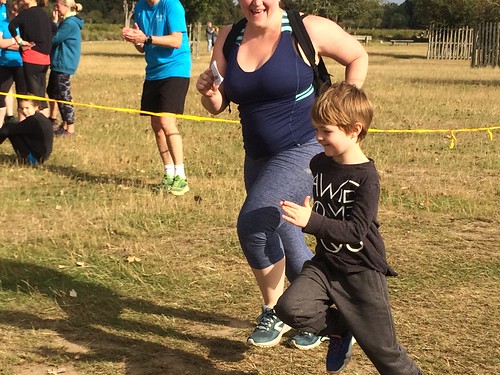 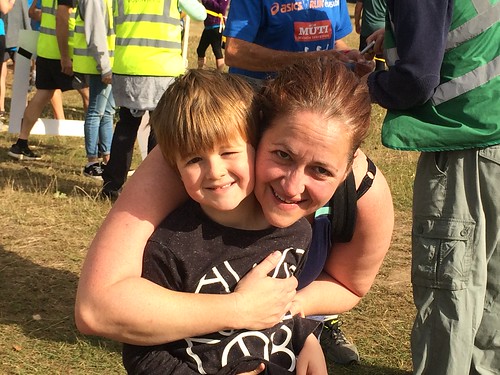 Many many congratulations to David Worth for achieving his 500th run today. David started parkrunning at Bushy Park in January 2007, and regularly runs at over 70% age grade - we are all very jealous David!.

David celebrated his achievement on Saturday alongside Anne Woods who reached her 250th Milestone last week. In what has become Milestone tradition, there was Prosecco to toast their achievement and a beautiful cake. Well done both. 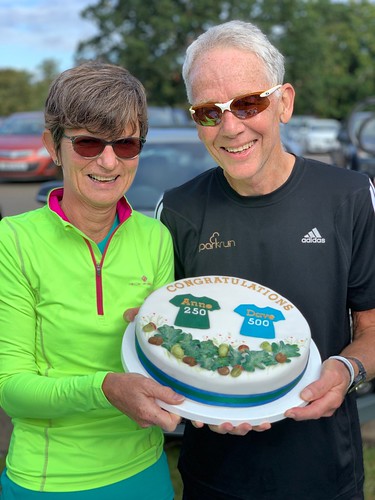 Well done to Alasdair Turner who completed his 250th park run - 231 of which were at Bushy. Welcome to the 250 club!

Also celebrating this week was Jem who achieved her 100 Milestone last week - more cake and lovely biscuits courtesy of Carol! 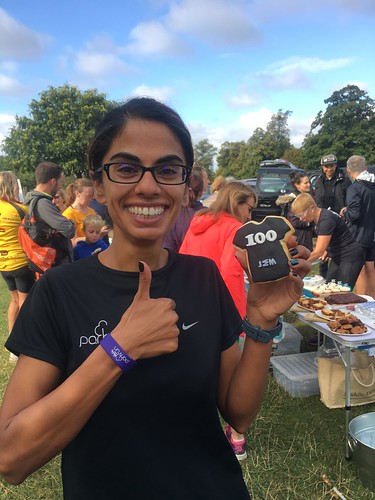 we had 170 of the little beauties on Saturday. It's tough getting that best ever time, and can take a lot of practise here at Bushy. So take inspiration at the following amazing parkrunners who tried, tried and then succeeded to PB this week.....

Final photograph goes to the Tearaways on Tour. Debbie, Ian, Linda and Lucinda, with the sashes, were celebrating various achievements. Ian was celebrating his 150th Parkrun and Linda achieved her 50 milestone. Lucinda and Debbie were celebrating running at 20 different parkrun locations - hope you all enjoyed your run with us. 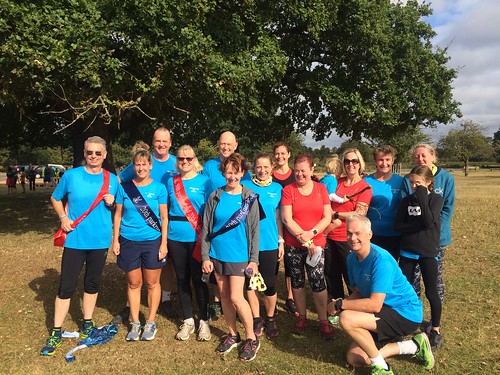 See you next Saturday, and just look at the weather forecast!!