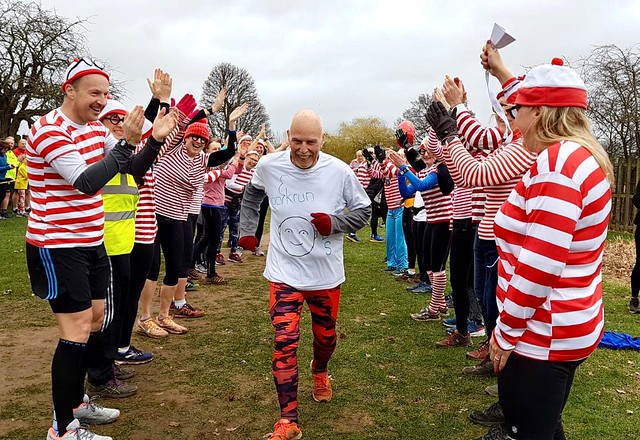 Some of you may have noticed a scattering of Wallys and Wendas out there this week. We were there to pay tribute to the redoubtable Wally Garrod on reaching his 500 milestone. Wally is really what parkrun is all about - having done his first one aged 69, he has been a regular and consistent performer ever since and a Bushy man at heart with 479 runs at the cradle of parkrun and a few tourist trips thrown in. More of Wally later and the celebrations and why he is such a special guy.

22 Feb dawned with the aftermath of Storm Dennis still resonating round the country with rivers gaining some of the highest levels recorded. The Thames is high, the Severn higher still so spare a thought for all those frustrated parkrunners not getting their fix, let alone all the poor people suffering flooding events. Next up will be Storm Ellen... But at Bushy 1,478 peeps shook off any water drops and lined up at the start. 1,500 or so is now looking like our new normal. 257 were First Timers to Bushy - a healthy group of tourists given the time of year and 63 of those were doing their first ever parkrun. Welcome to the parkrun Club! Your life may not be the same again. Hats off too to the 59 volunteers who helped it all happen. 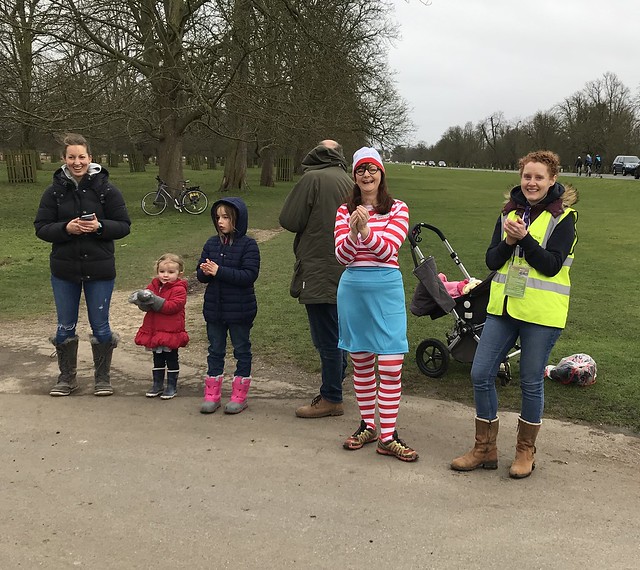 If you want a look at the start of our parkrun, Keith Riding has put together a little video. Catch it here. Best moment for me is when Ray COWARD presents Wally with his 500 Club shirt - you don't know the strings that had to be pulled to make that happen...

Just two this week: Ken WILSON and Edward CHUCK  who made the pilgrimage to do his 100th run.

Just one this week - some chap called Wally GARROD (VM80-84) 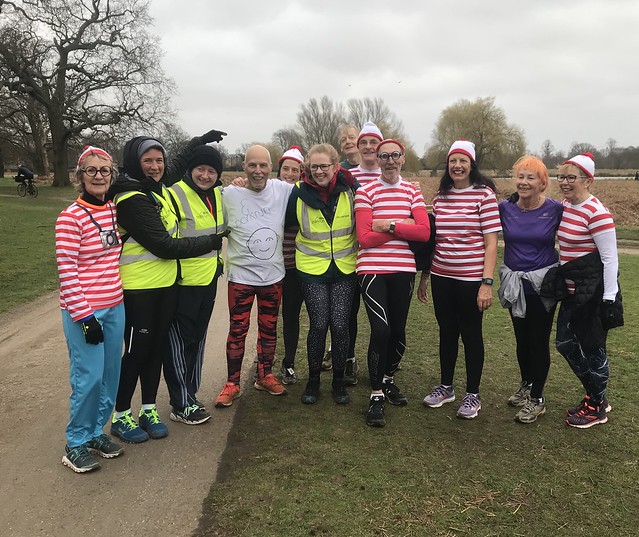 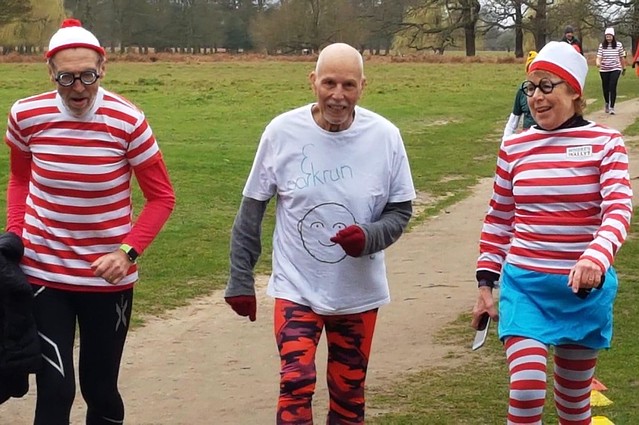 Wally did his first parkrun in event #6 aged 69 on 6 November 2004. He finished 15th in a time of 24:38. He managed to secure his only Bushy PB some 13 weeks later in event #19 in 2005 - in a time of 24:13. But we all know parkrun is not about PBs. It's about being part of a global community. Doing your best yes, but also taking part whether that be a runner, walker or volunteering or a mixture of all three. Wally is certainly part of the Bushy community and much loved and respected by those that know him. Indeed Wally has now become the 111th member of the worldwide 500 Club. 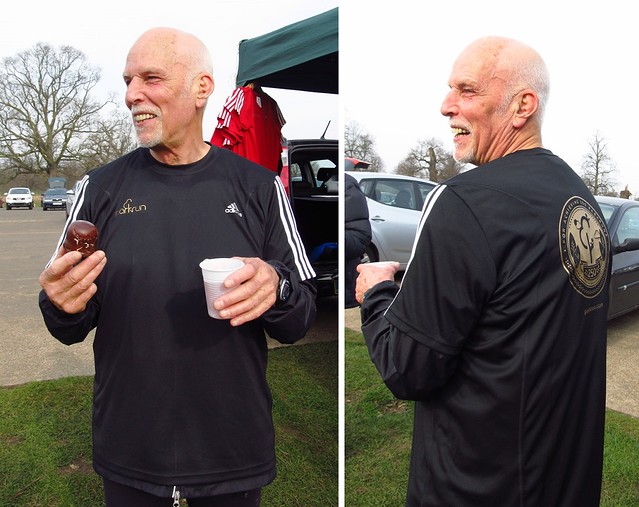 Wally came to parkrun late in his running career. But he has had a long career as a runner with Ranelagh Harriers before 2004. He has a 10 mile PB of 59:49 and a Marathon PB of 3 hours 1 min 52 secs. One thing we noticed running with him on Saturday was his competitive instinct is unbowed. At the 4km mark, looking behind him, he was asking Ray, "Where's John - must beat John". John being his friend and fellow Ranelagh Harrier John Hanscombe who is also now a legend at Bushy and an octogenarian member of the 500 Club. And Wally is such a tough competitor. Despite suffering pancreatic cancer and having a double heart bypass operation, he was determined to reach his 500 milestone. Indeed only a few weeks ago Wally had a bad chest infection and did not look at all well, but despite the cold and damp conditions, he still got off his sick bed to run/walk to ensure he made his milestone this week.

I think it only leaves us to post a few photos of day which capture the celebrations perfectly. 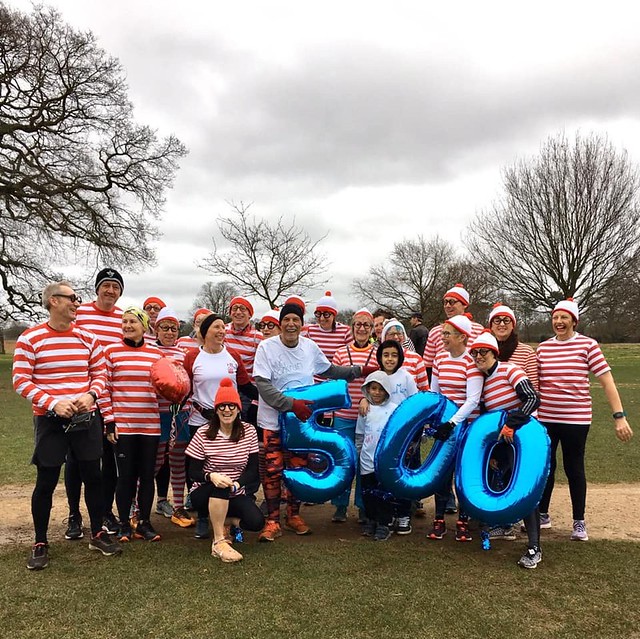 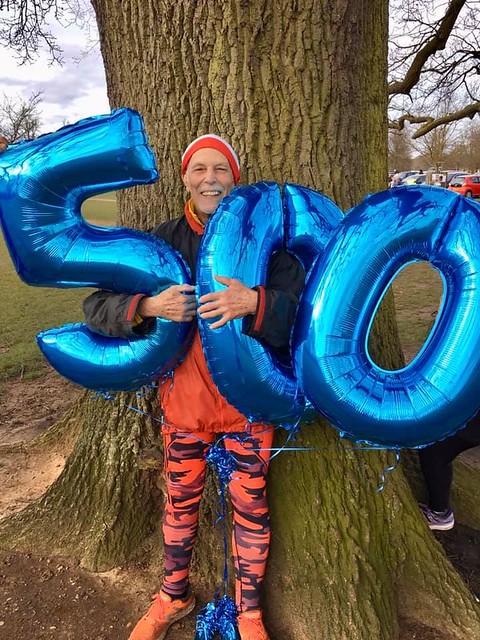 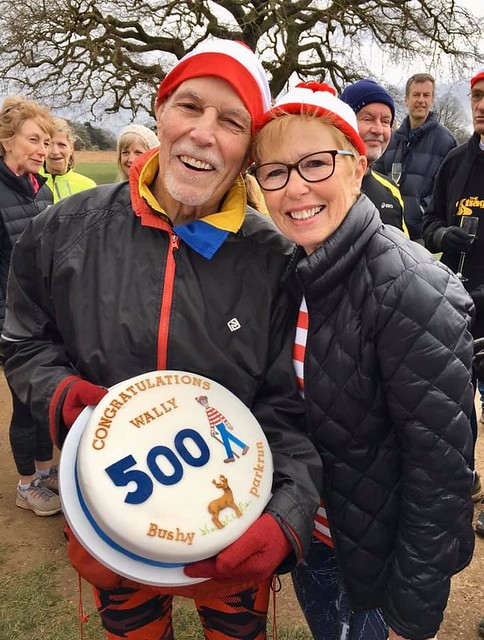 Wally with Anne who baked this superb celebratory cake 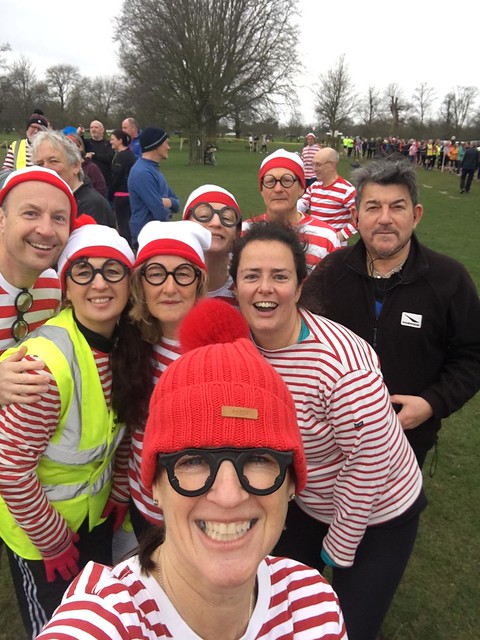 Some right Wallys and John 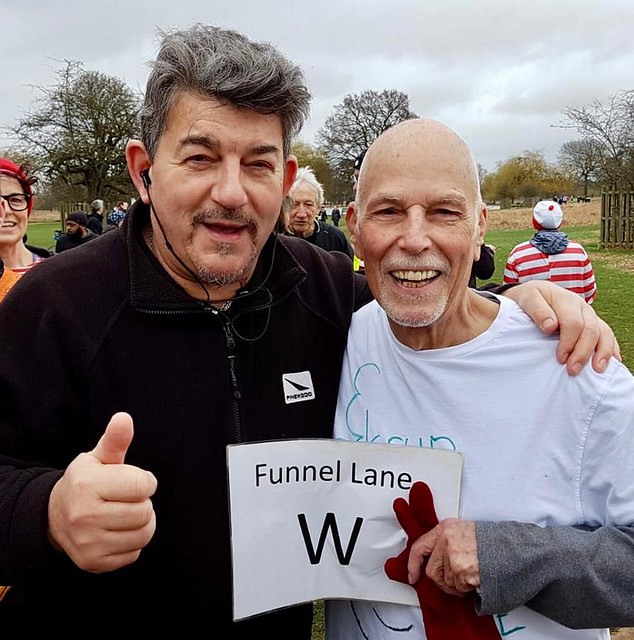 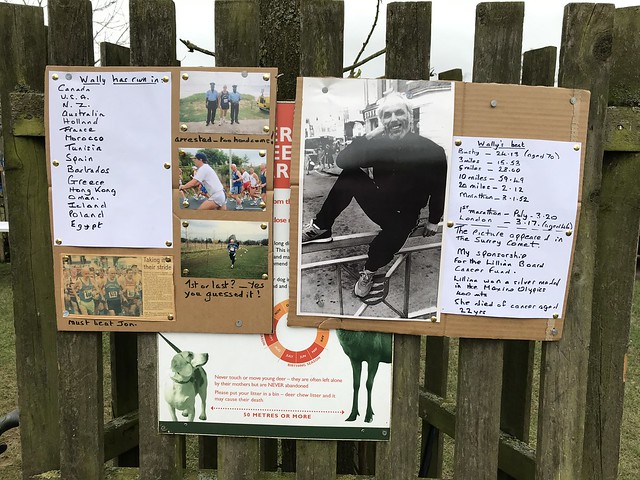 Some of Wally's achievements

Just a quick reminder that as next week's parkrunday is 29 Feb - Leap Day - and this won't happen again until 2048, we have a special Leap into Action Day - we’re asking parkrunners to donate to our local foodbank.

On the poster below, items above the line are especially useful whilst items below the line are always welcome.

Please bring your donations to the volunteer station before 9am on Saturday morning. 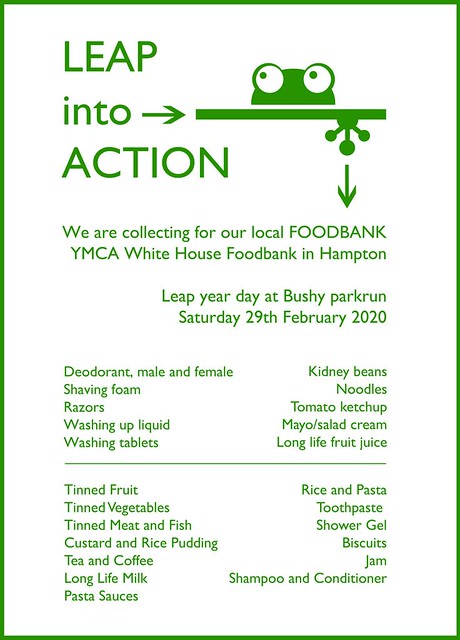