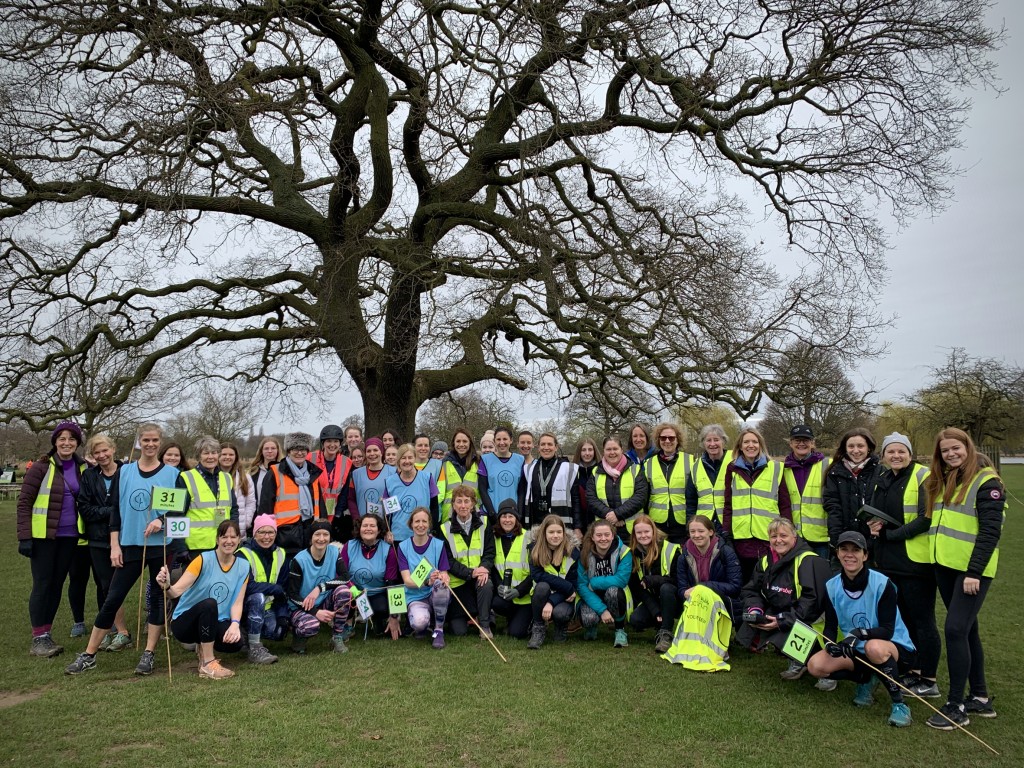 This week it was all about celebrating women at parkrun with a nationwide campaign to welcome as many women and girls as possible to parkrun on International Women's Day. 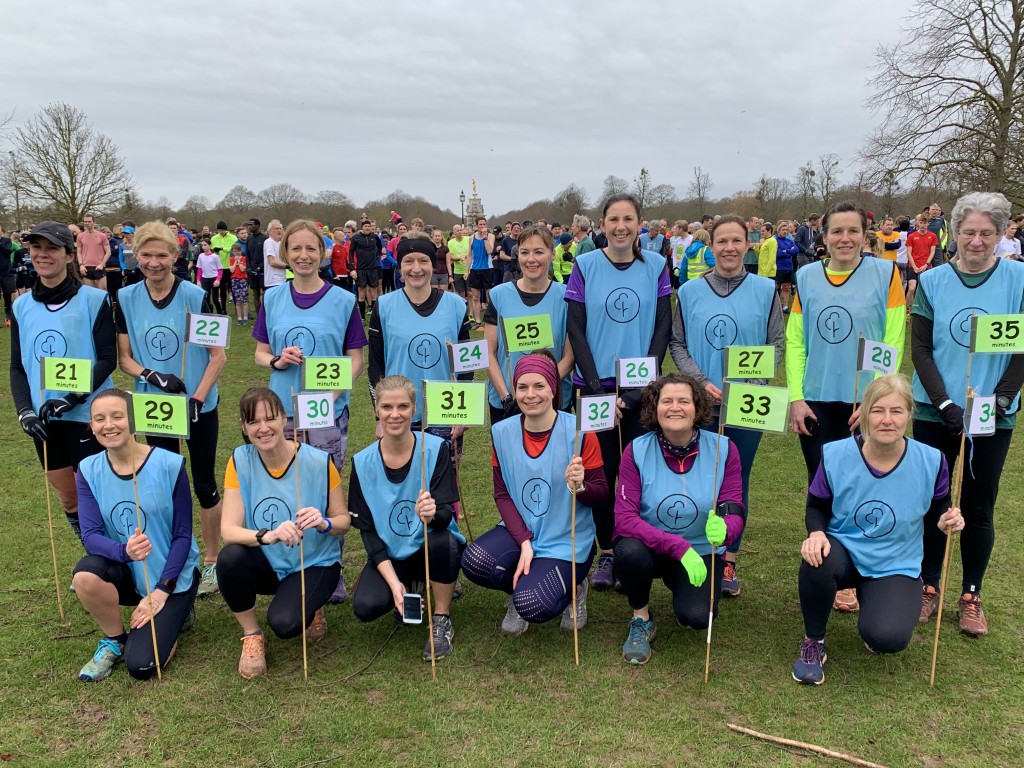 Special thanks to all our pacers, many of whom had never paced before. It's a daunting task trying to get an consistent pace amongst a field of over 1500 athletes, not to mention the mud and occasional losing of GPS when you go under trees, so really well done to you all, and to everyone who got PB's.  Andy who organises the pacing rota every month is always in need of people to step up so please contact us if you want to give it a go.  It's great fun and really rewarding to have runners approach you afterward to thank you for their PB's.

Thanks also to the fabulous pacers who stepped in at the last minute when it became clear there were going to be a few gaps in the roster.  An appeal was sent out on Facebook on Friday and all was sorted.  A special mention to Linda (32 mins) a tourist from Edinburgh, visiting Bushy for the first time, who kindly offered to help. 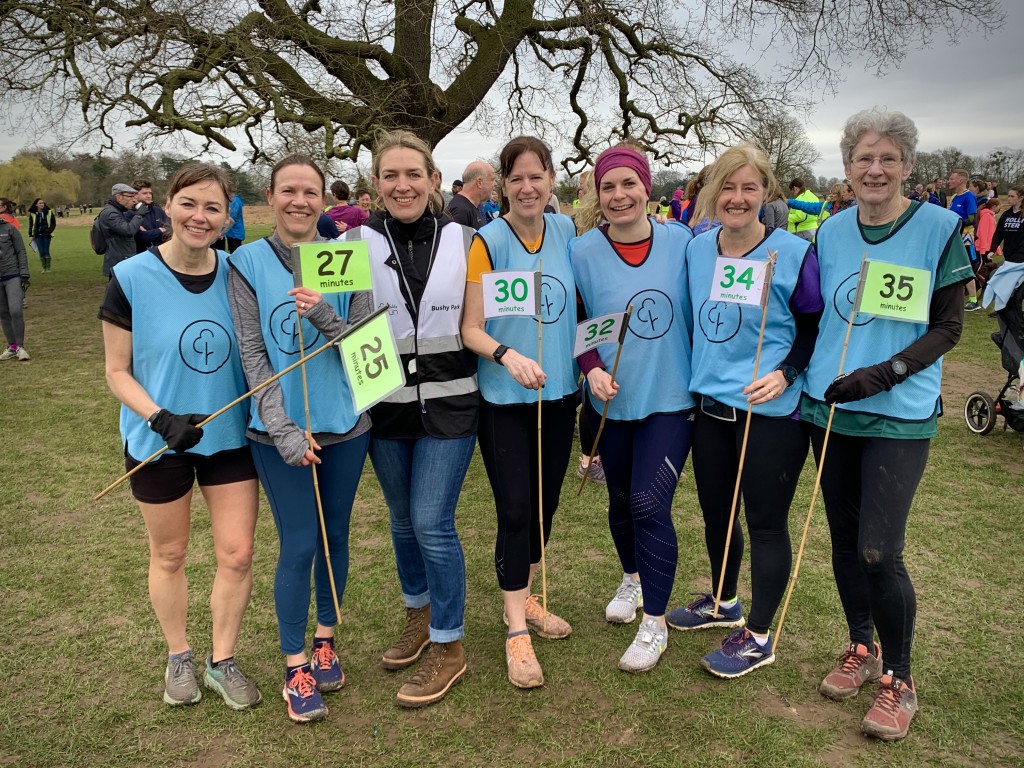 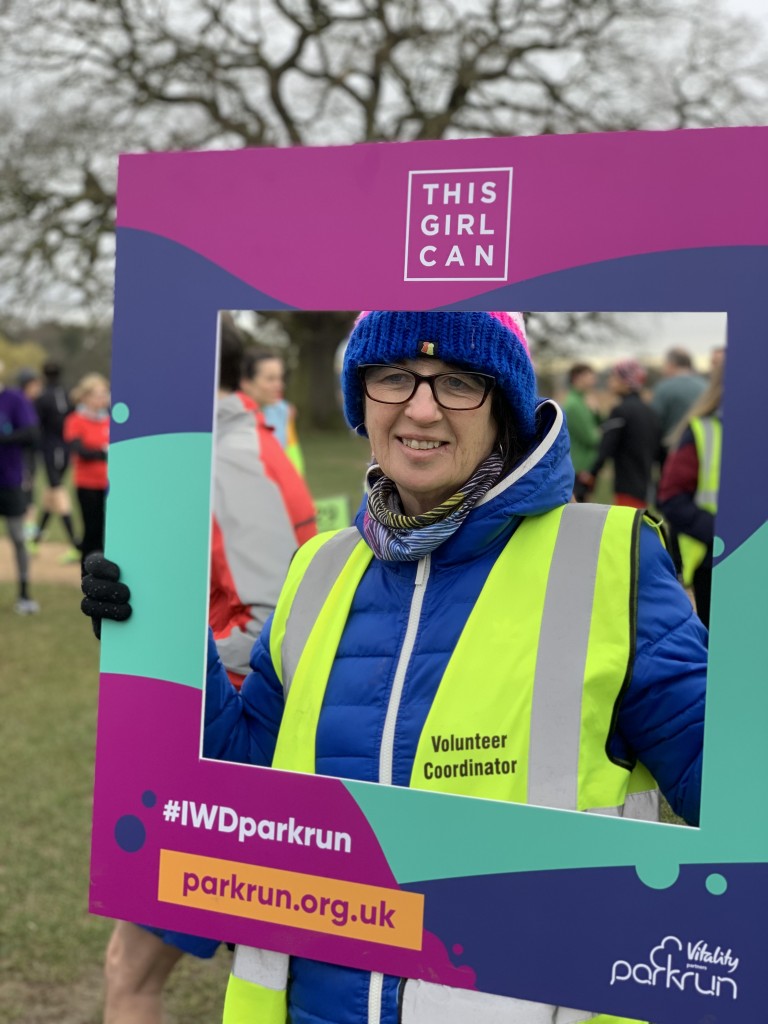 Julie had the task of co-ordinating our largest field of volunteers to date.  We had 75, which is more than some parkruns have runners! 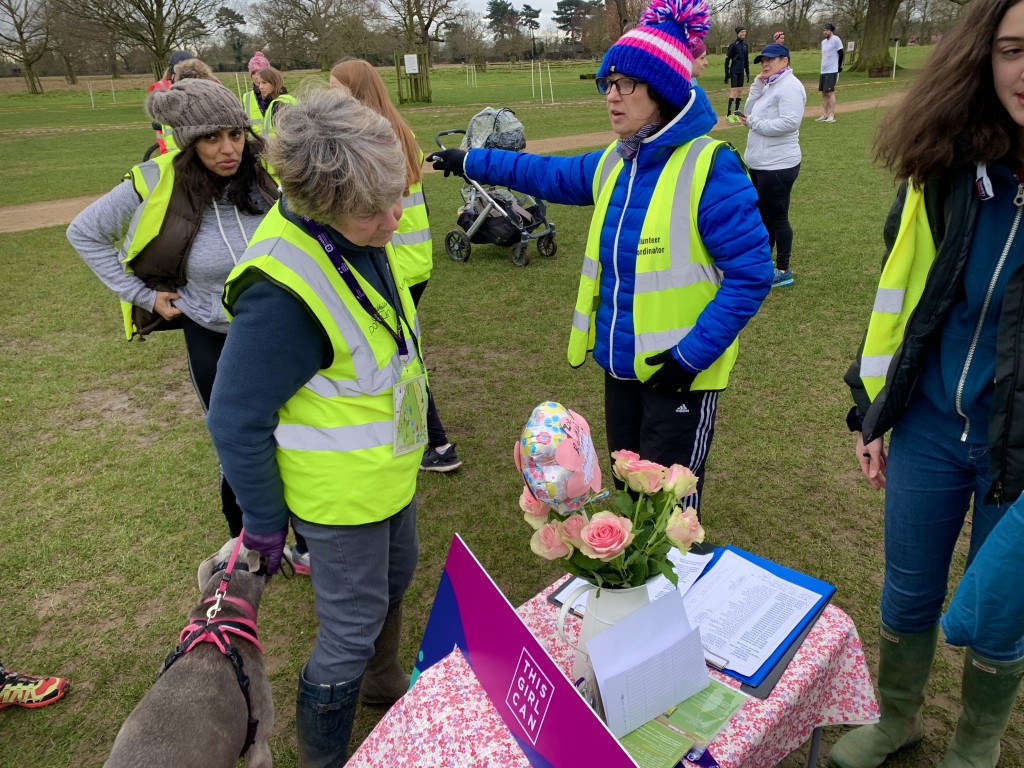 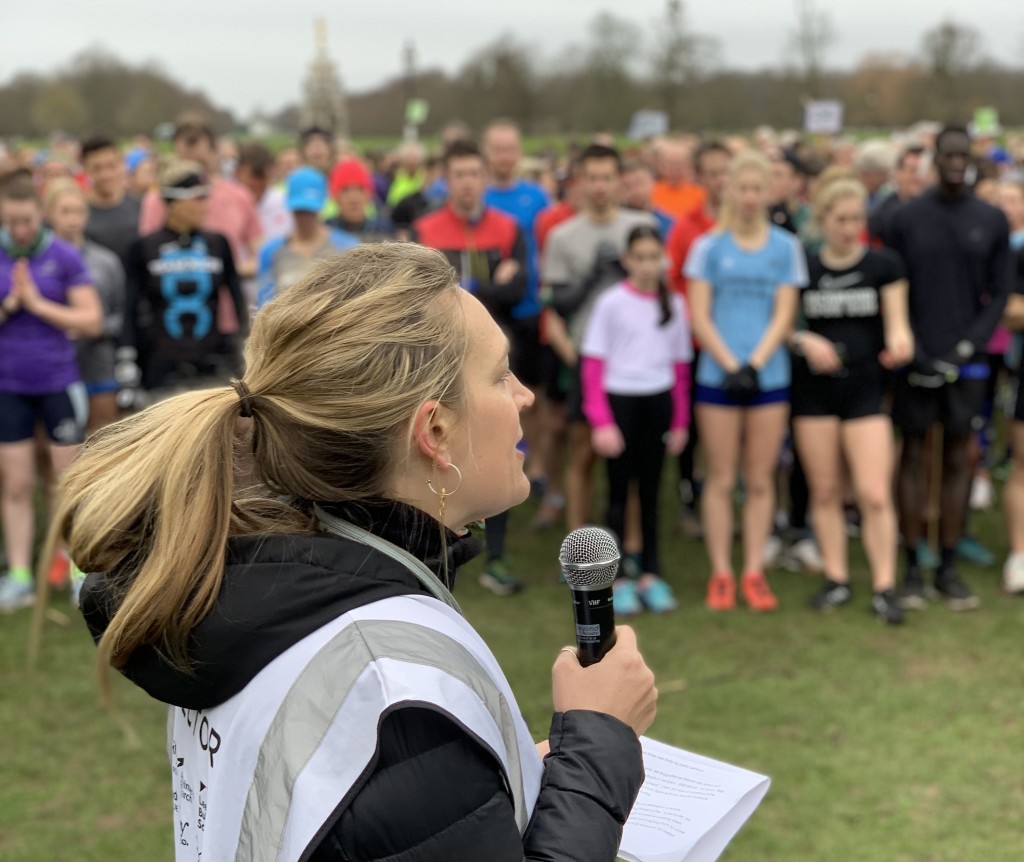 Lucy was our Run Director 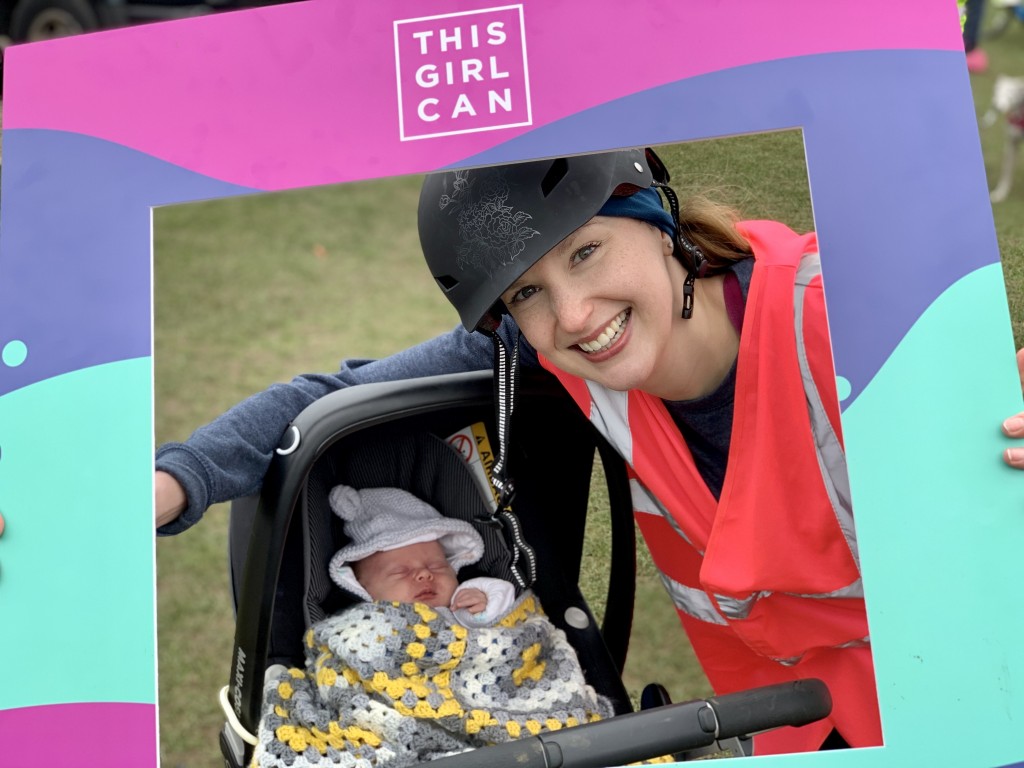 Rosanna, another hero who stepped in at the last minute as Lead Bike, especially impressive as little Teddy is only two weeks old 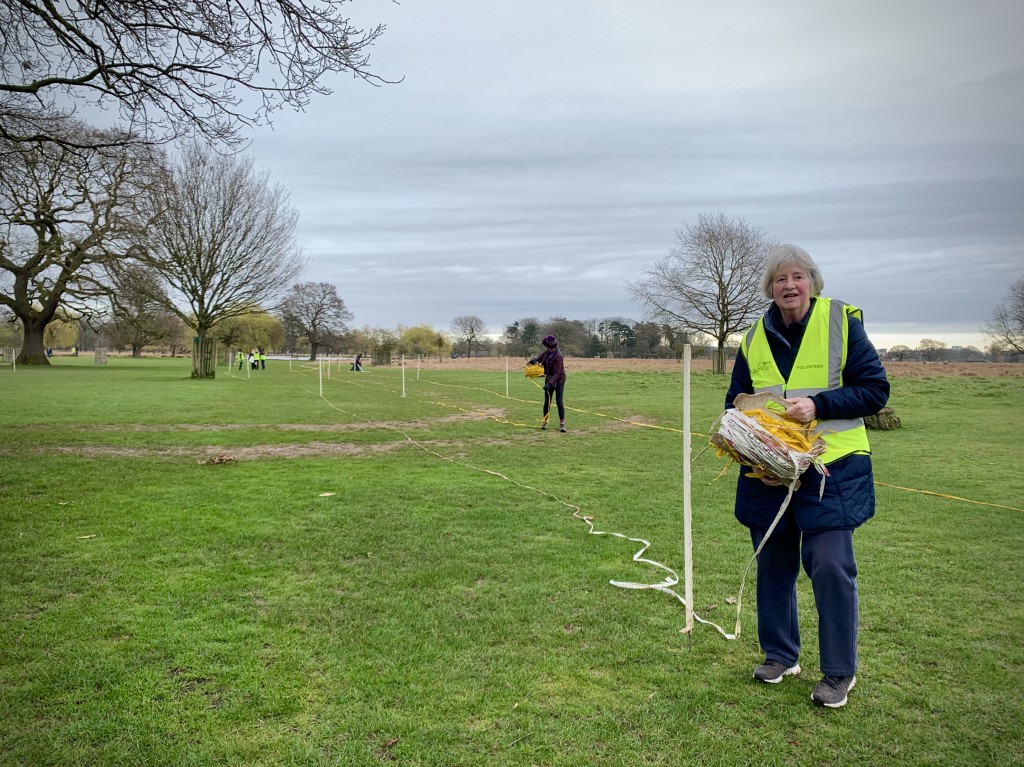 Christine sets up the funnel 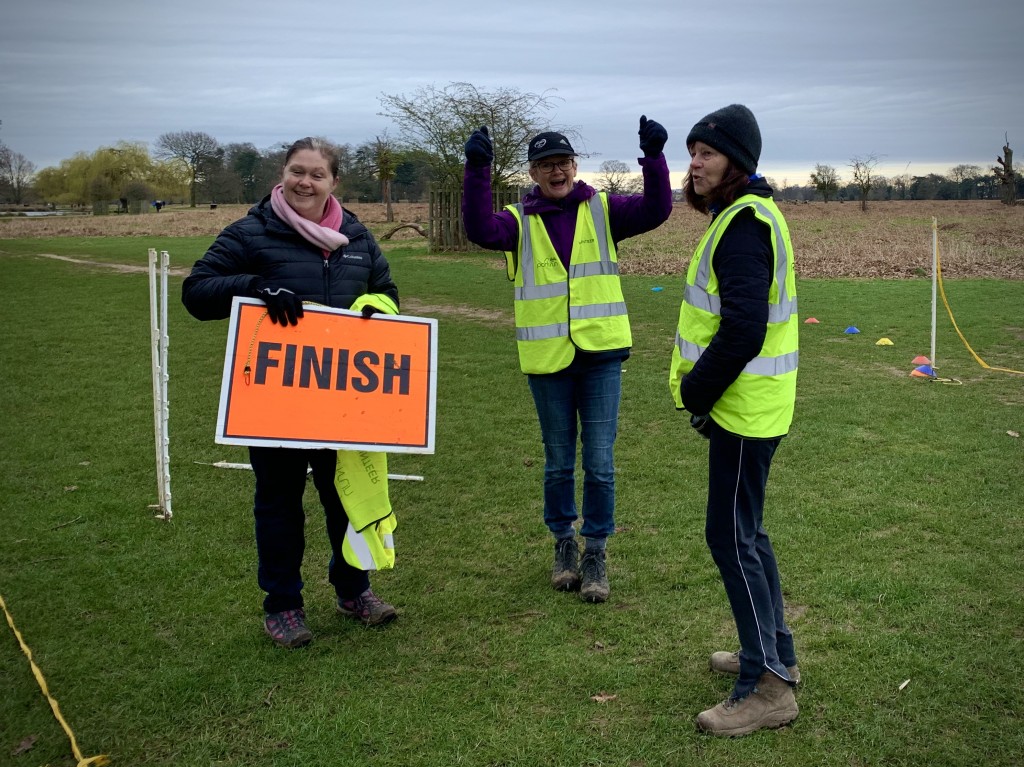 Diane, Anna and Helene feeling the love for parkrun 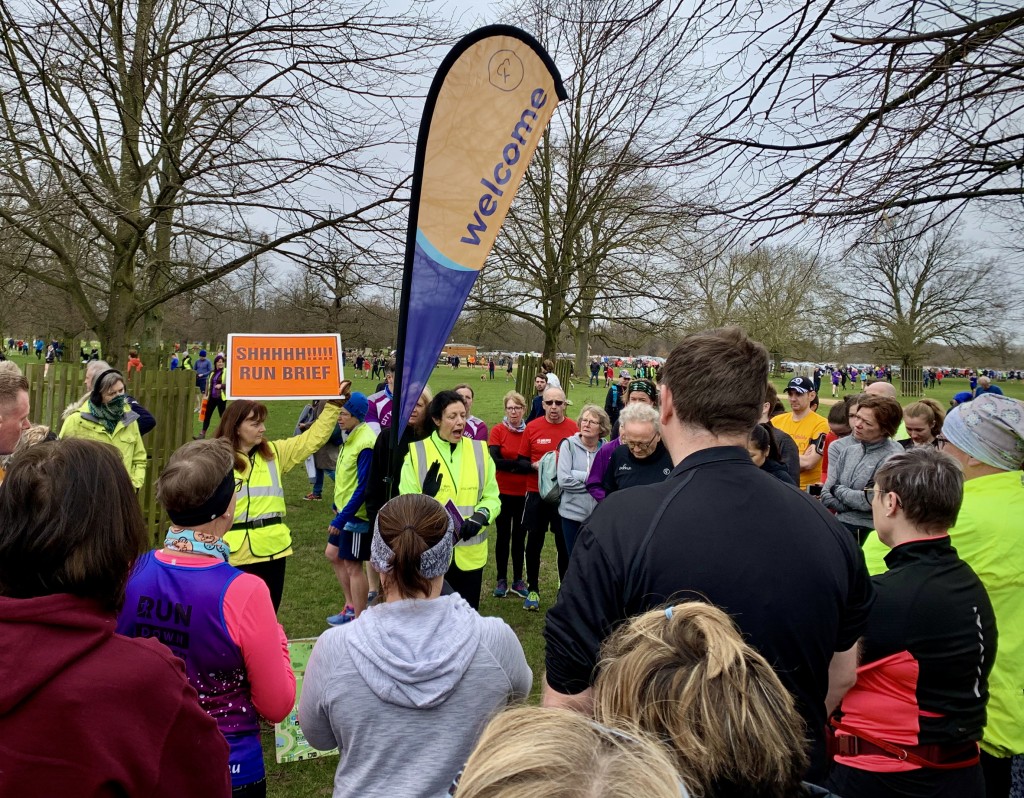 Stella in mid flow at the pre run brief, with Sue holding the sign

Thanks to all the girls and women who made this event possible today.

See our volunteer page for details on getting involved in making Bushy parkrun happen.

It’s difficult to say exactly when IWD began but it can be traced back to 1908, when women marched through New York City demanding voting rights, better pay and shorter working hours.

In 1910 the leader of the ‘women’s office’ for the Social Democratic Party in Germany tabled the idea of an International Women’s Day. She suggested that every country should celebrate women on one day every year to push for their demands.

A conference of more than 100 women from 17 countries agreed to her suggestion and IWD was formed. In 1911 it was celebrated for the first time in Austria, Denmark, Germany and Switzerland on March 19.

In 1913 it was decided to transfer IWD to March 8, and it has been celebrated on that day ever since. The day was only recognised by the United Nations in 1975.  The colour chosen to represent IWD is purple.  Maybe next year we should go one step further and all wear purple?

International Women's Day is all about unity, celebration, reflection, advocacy and action, which explains why parkrun has chosen it as a tool to encourage the participation of as many women and girls as possible.

And yes before you ask there is an International Men's Day in November . . . 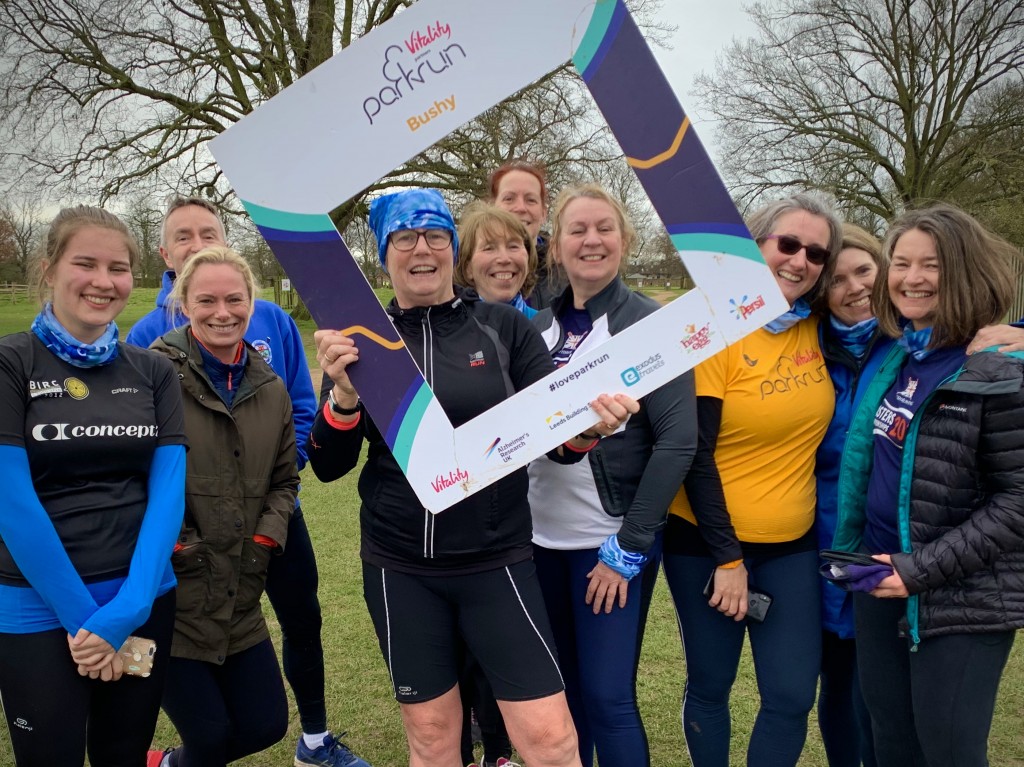 This is Runcorn Rowing Club who had come to London for the Women's Head of the River Race. Unfortunately the Thames was running was too fast, and it was cancelled, but happily they were able to take part in IWD parkrun instead!

Event number 833. We had a field of 1504 runners with 35 first time female runners and 17 first time men.  Conditions were a little slippery, but nothing compared to the swamp conditions of last week. 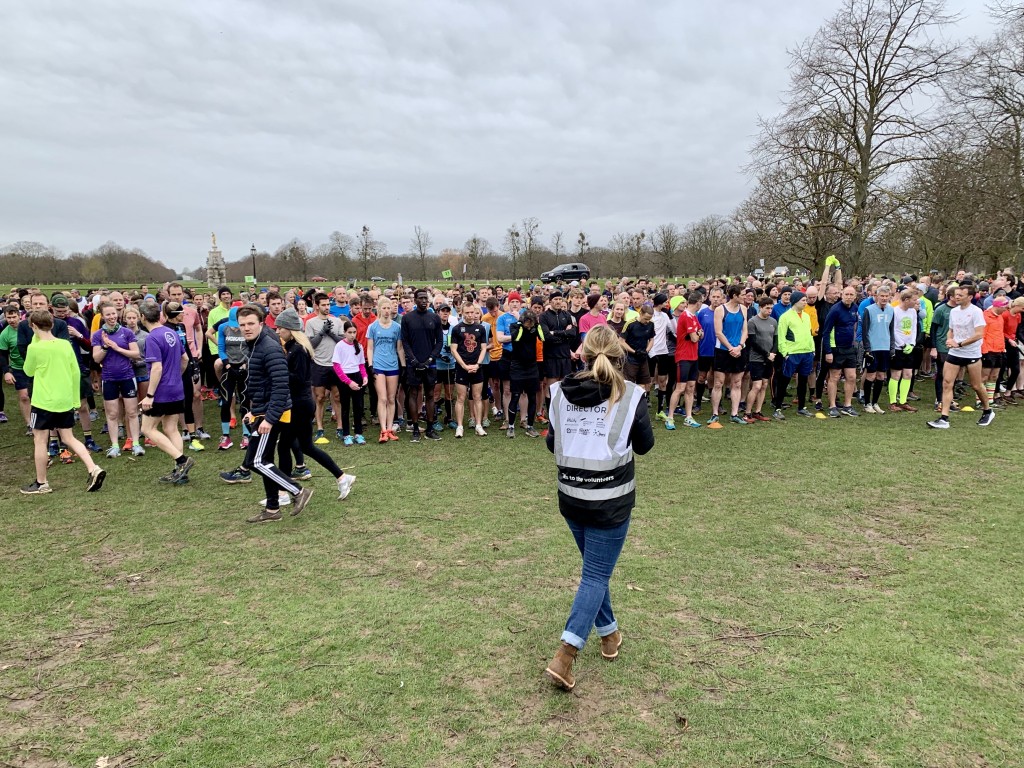 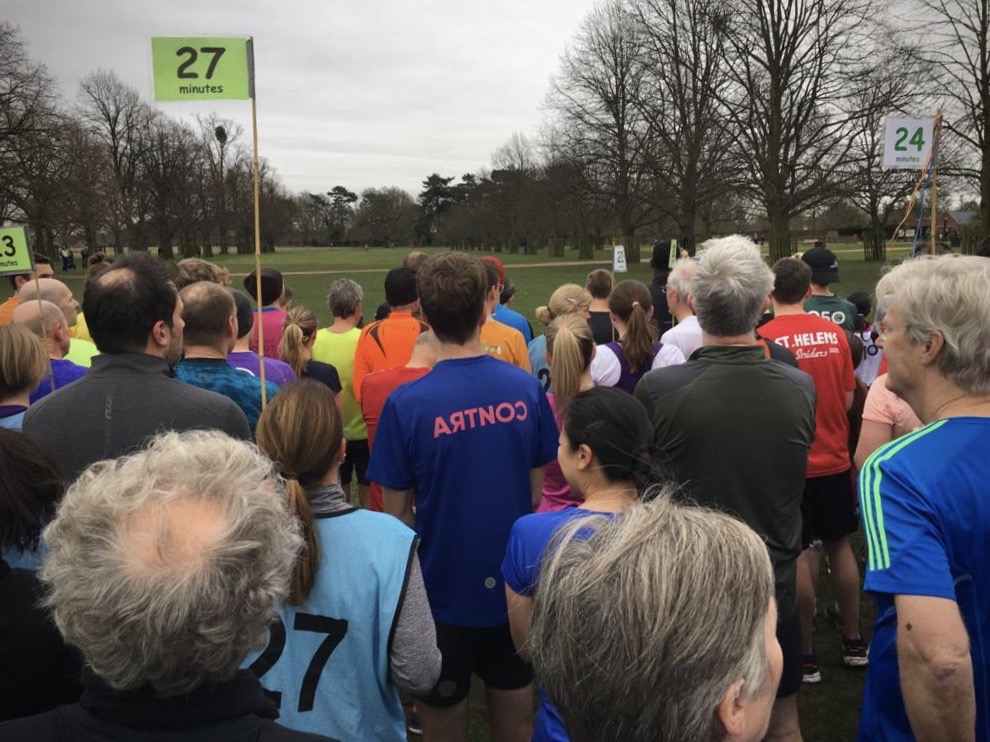 These athletes all got over 80% age grade.  Congratulations to you all, especially Liz Killip (22 minute pacer) who no doubt helped a fair few runners around her to PB's! 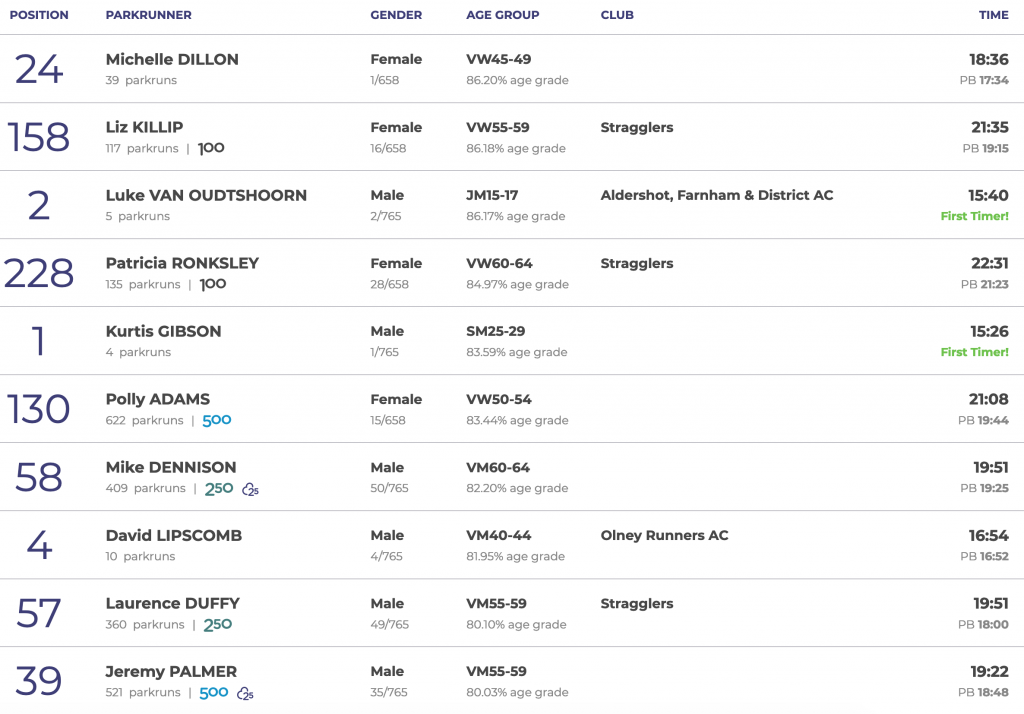 A massive 191 of you got personal best times today, well done.  I hope at least some were down to the excellent pacing!

These athletes achieved the following milestones this week. Congratulations 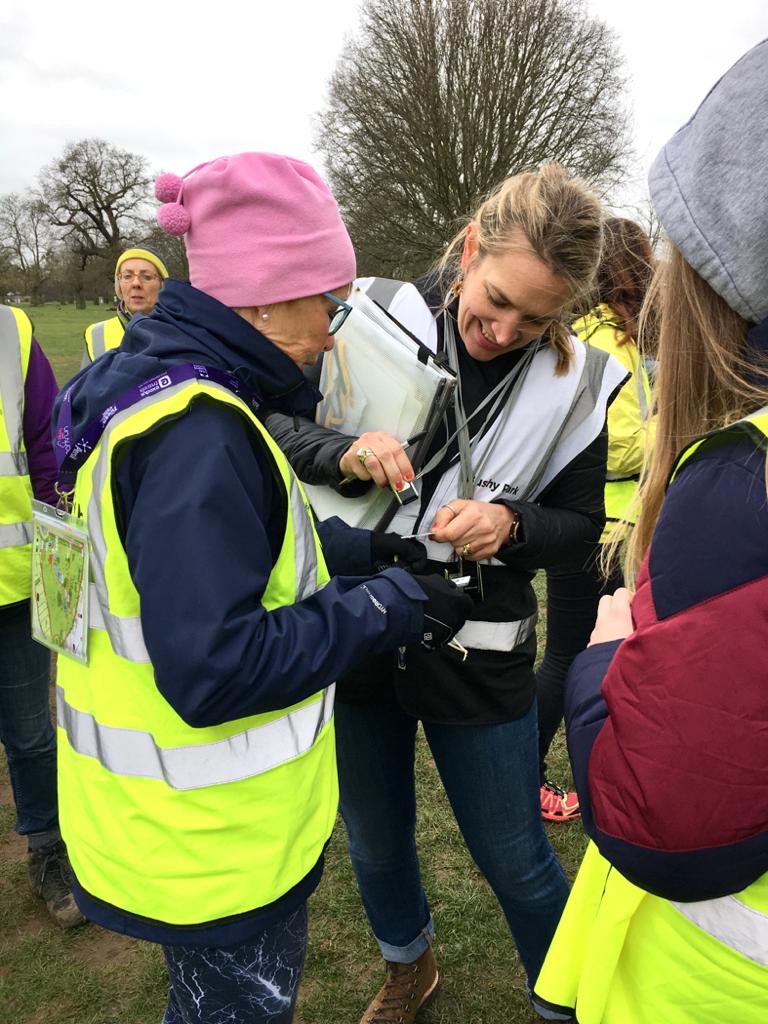 Lucy scanning Ann, one of the tail walkers 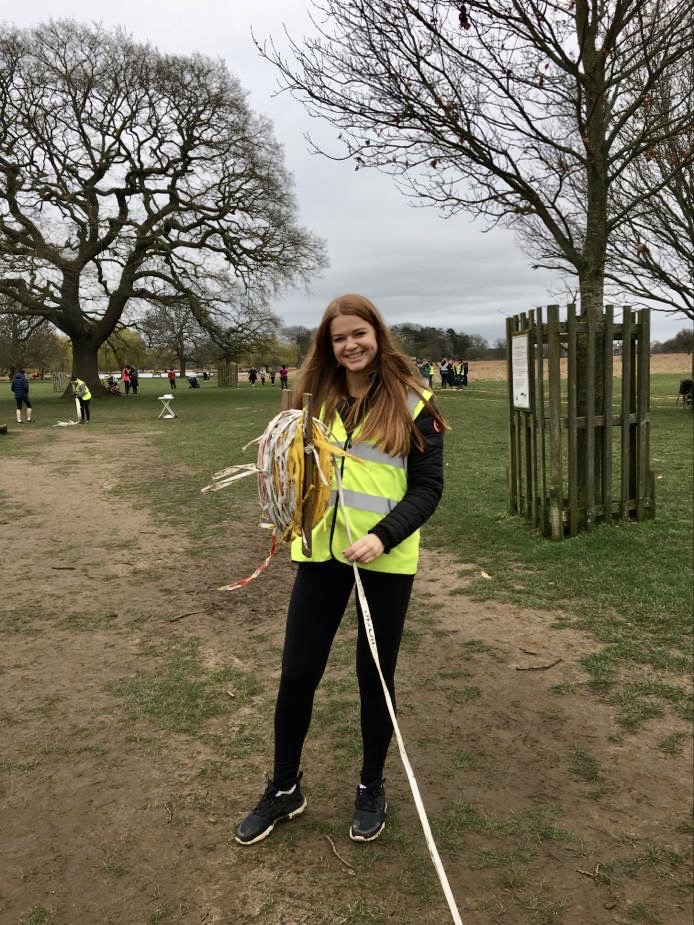 Emma packing away the funnel for another week 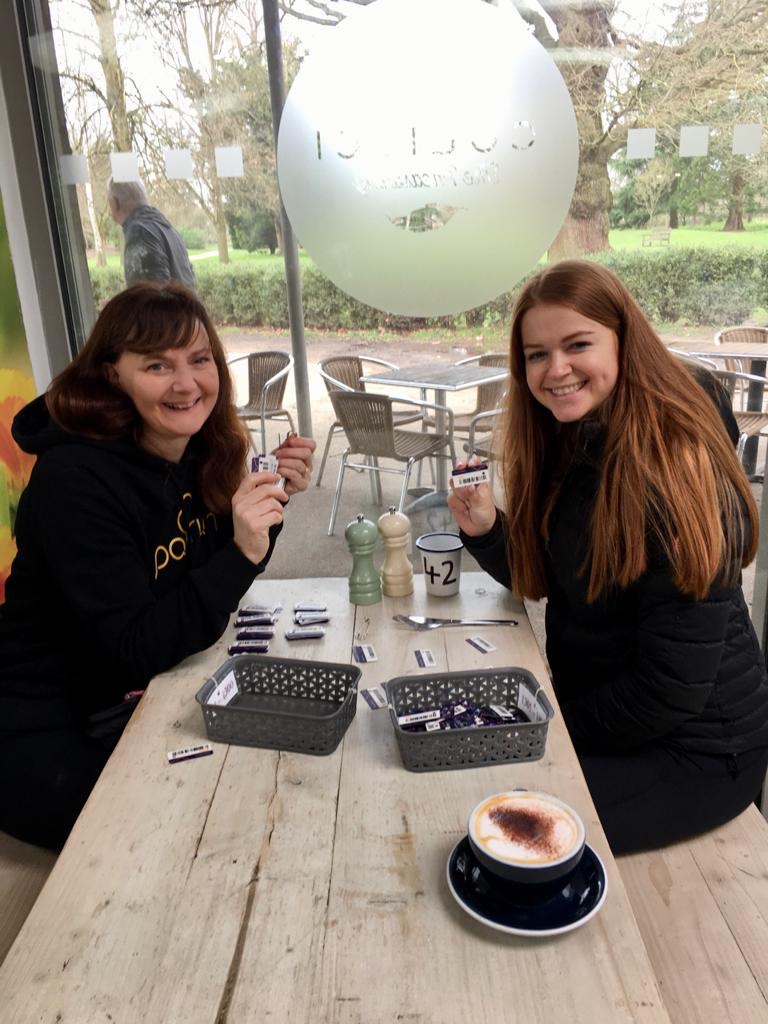 And then off to the Pheasantry for token sorting with Sue. I reckon there was some multi-tasking going on today . . ? 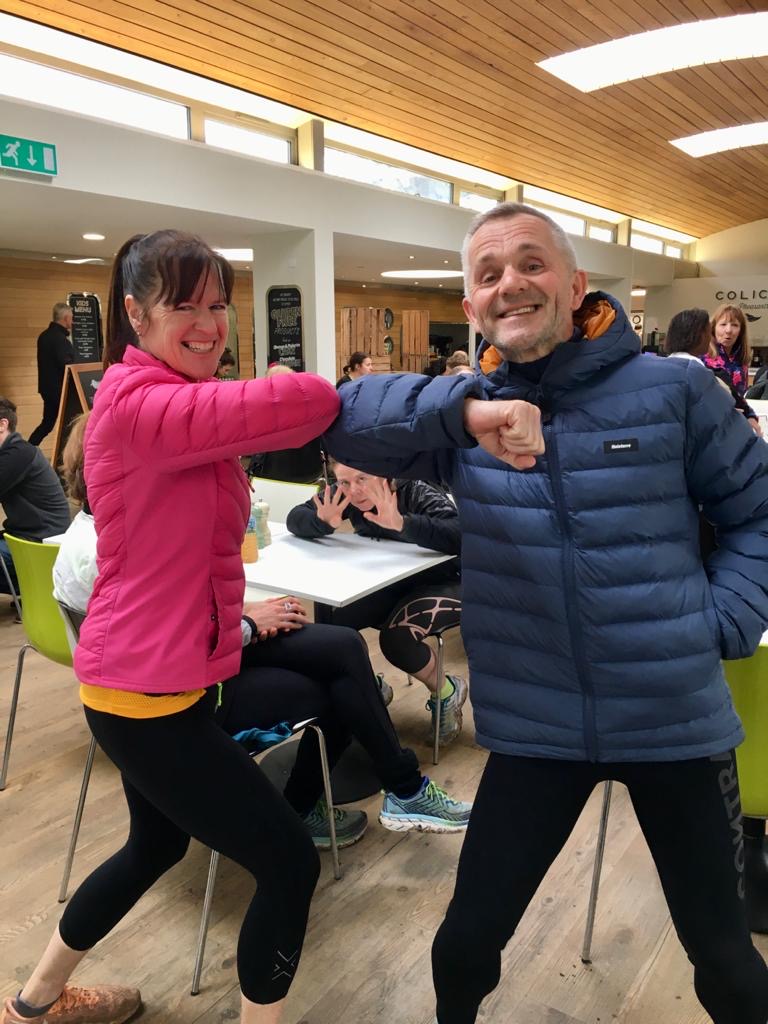 That's it for this week.  What a fantastic morning we had. 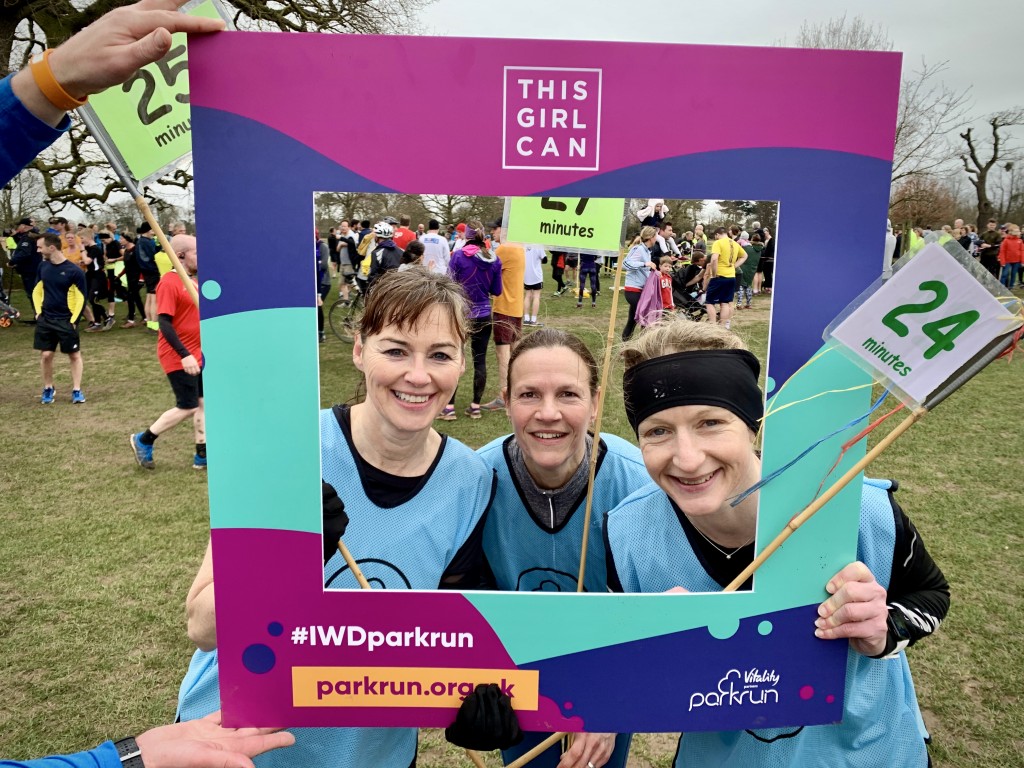