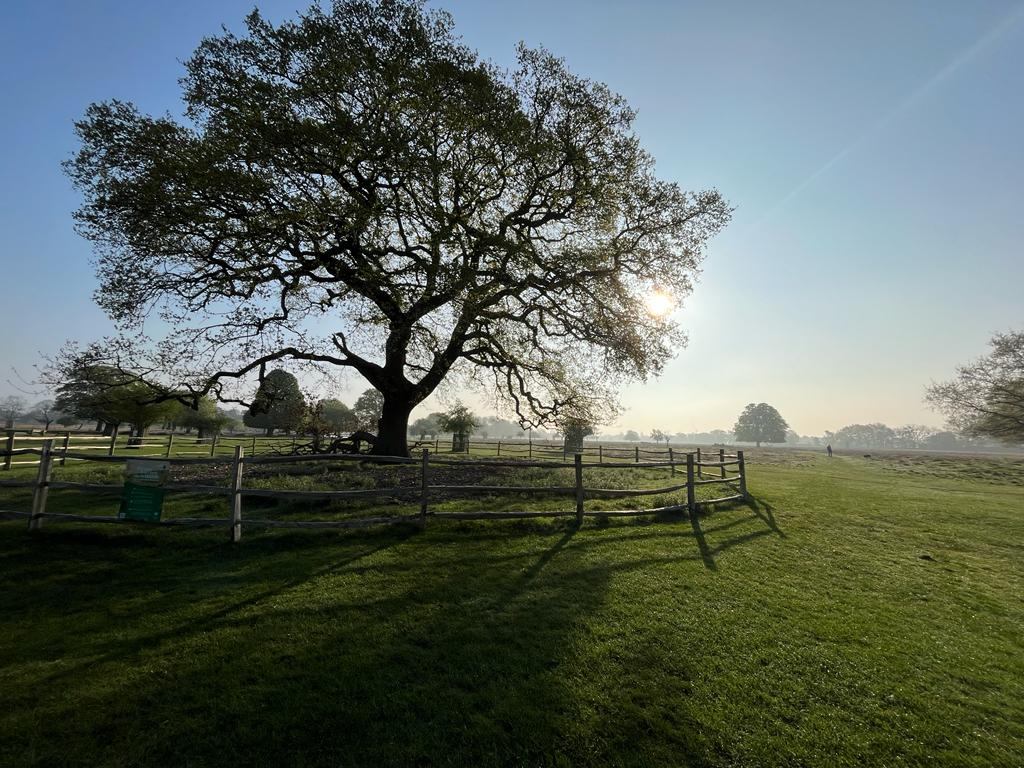 Boom! 1278 runners, walkers, shufflers and stragglers turbo-charged their way round the butterfly. Cheered, funnelled, timed and sorted by 59 brilliant volunteers. Bushy was back with a bang and the recent sub 1000 athlete counts blasted away for this week.

167 first timers to Bushy this week including 43 doing their first ever parkrun, and the crowd at the First Timer's Welcome was bigger than usual. Maybe it was the beautiful sunshine that had brought everyone out. Prolific volunteer Ann Coward had to shout to make herself heard. More about Ann later... 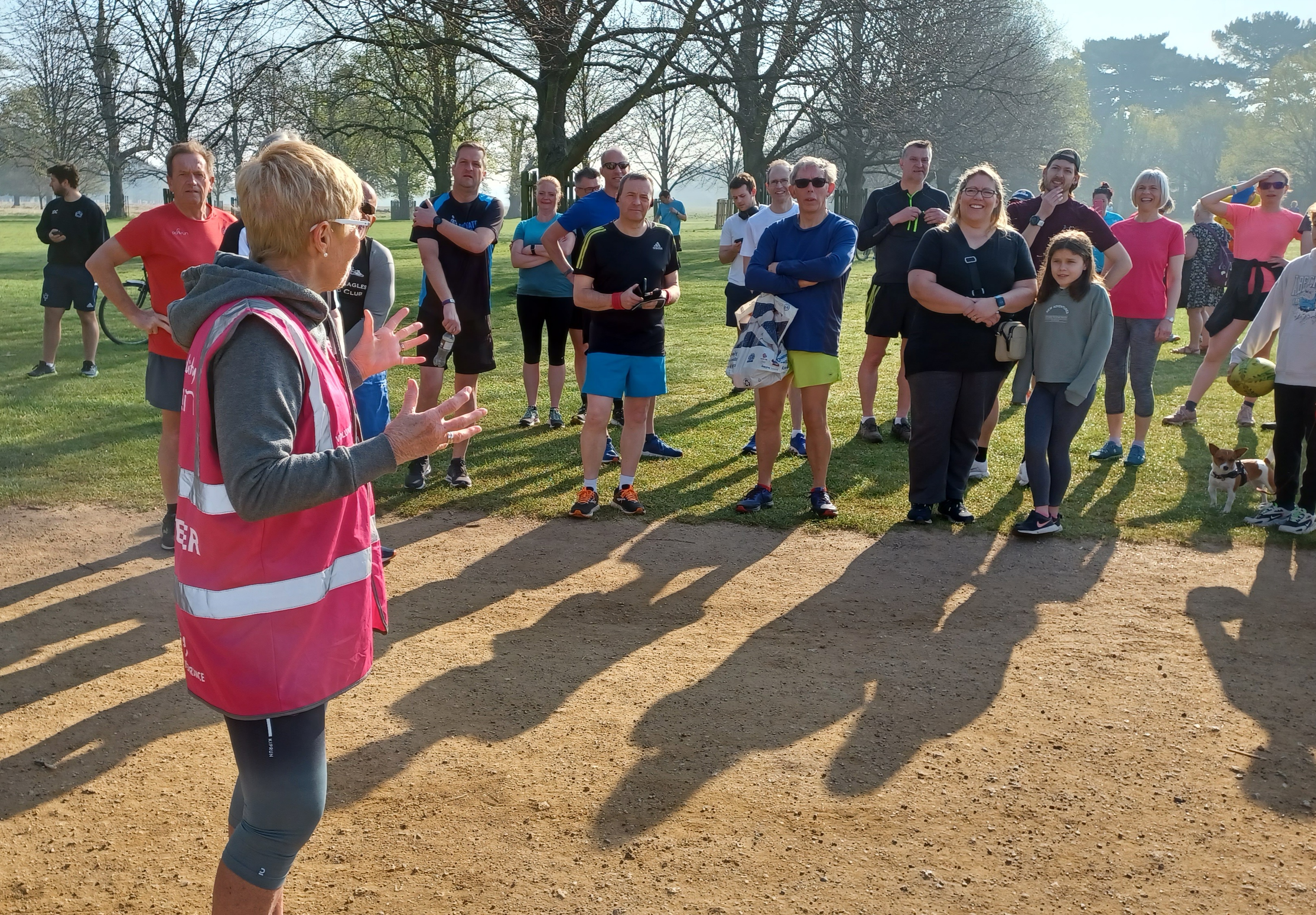 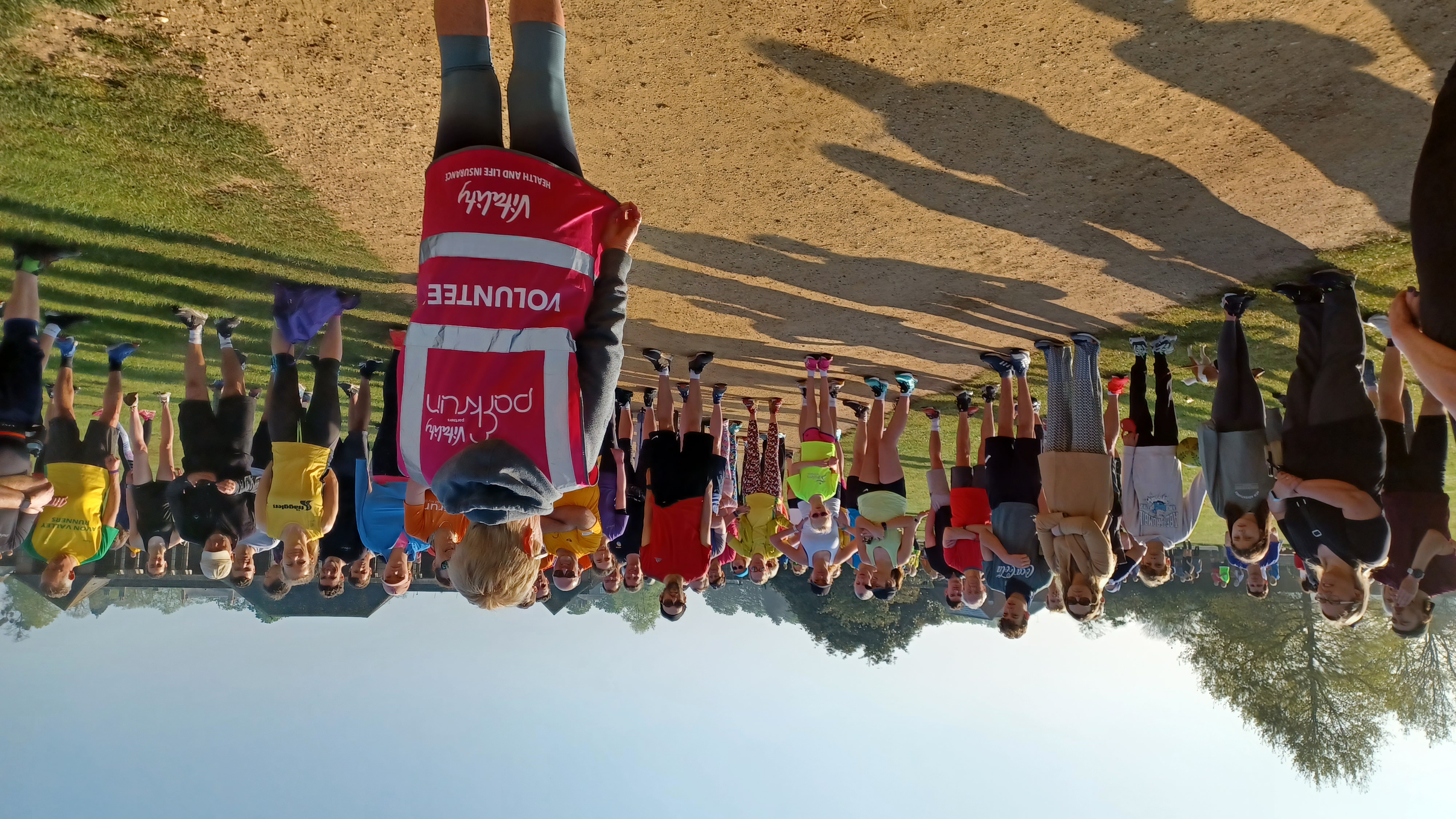 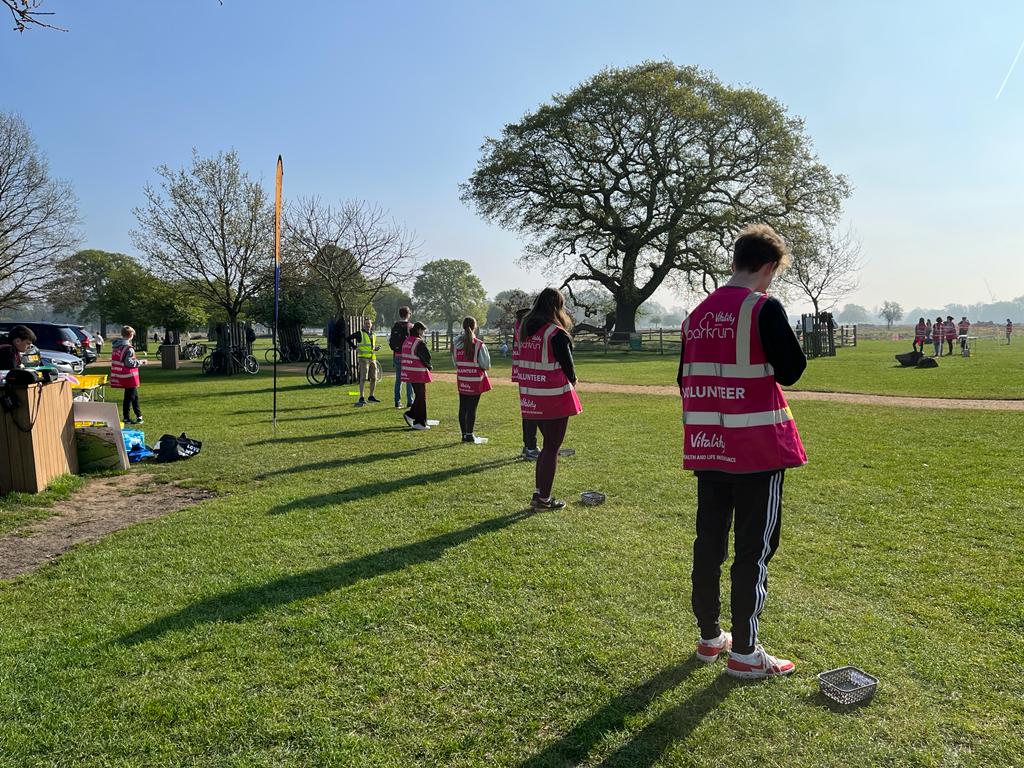 Our top team of scanners at the ready 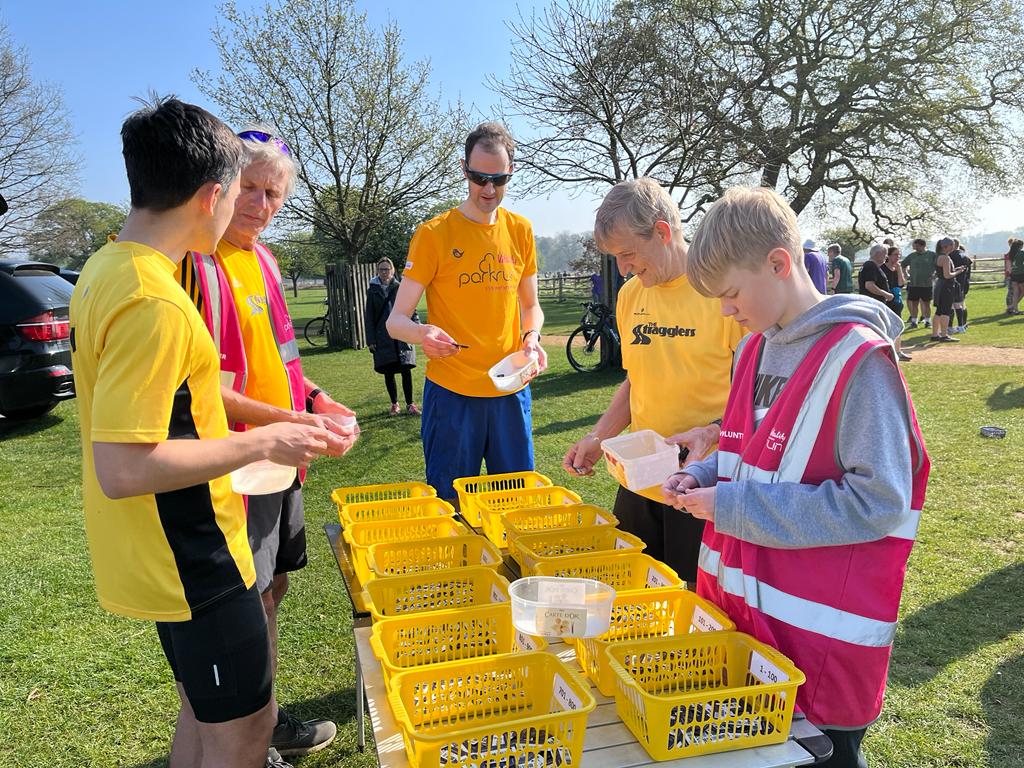 Token sorting is for all ages

It being the third week of an even month meant one thing. Even numbered pacers from 20 mins to 34 mins. We have in the past had pacers for 40 mins and 45 mins, but there was little demand so it was discontinued. 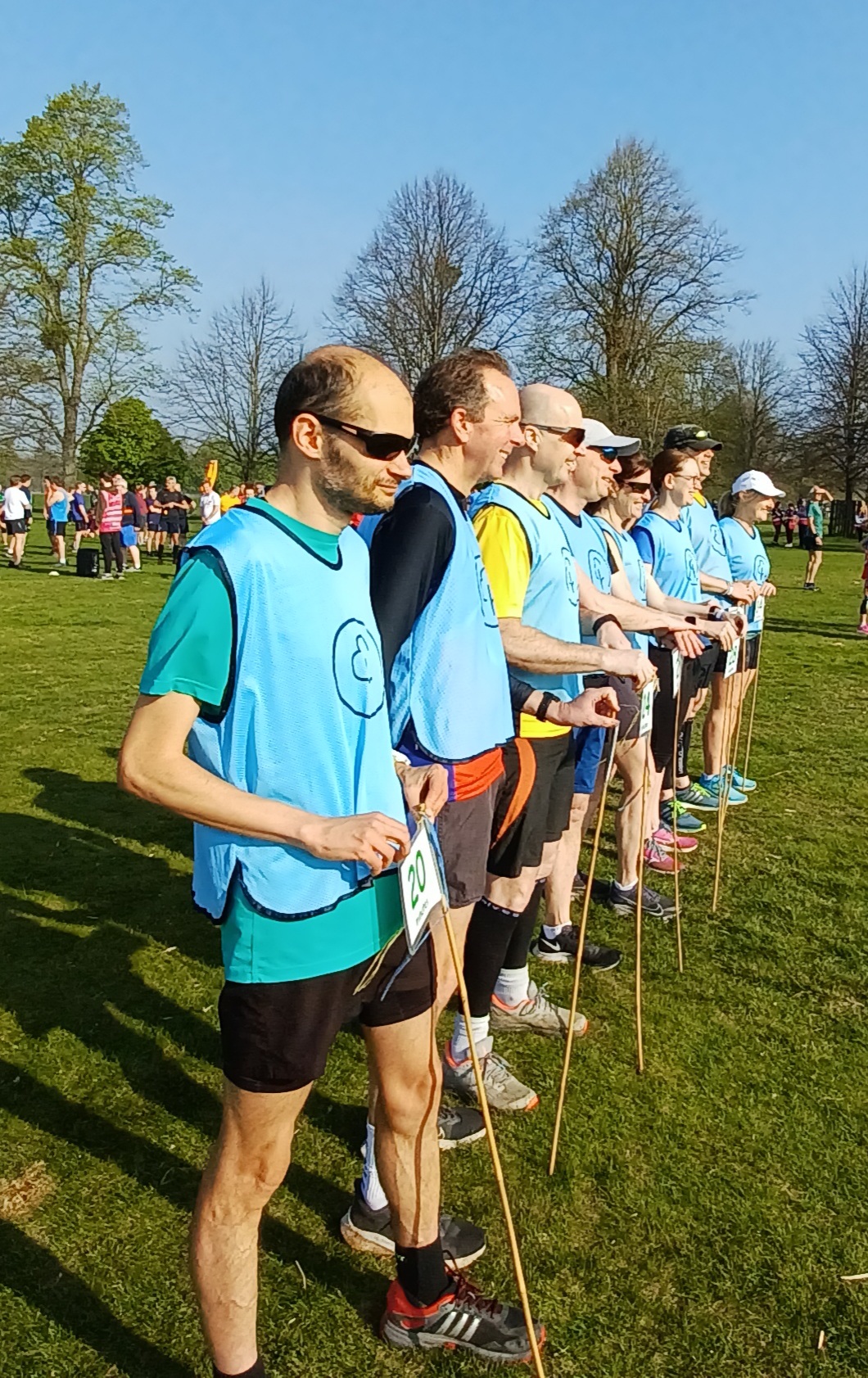 Our crack team of pacers 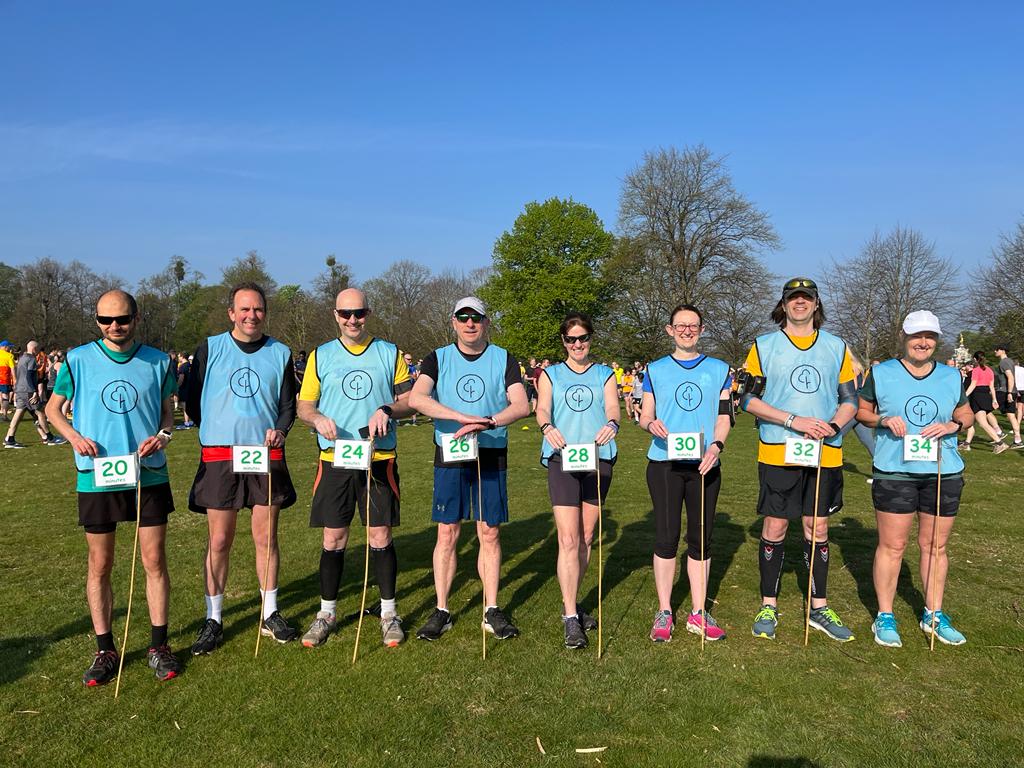 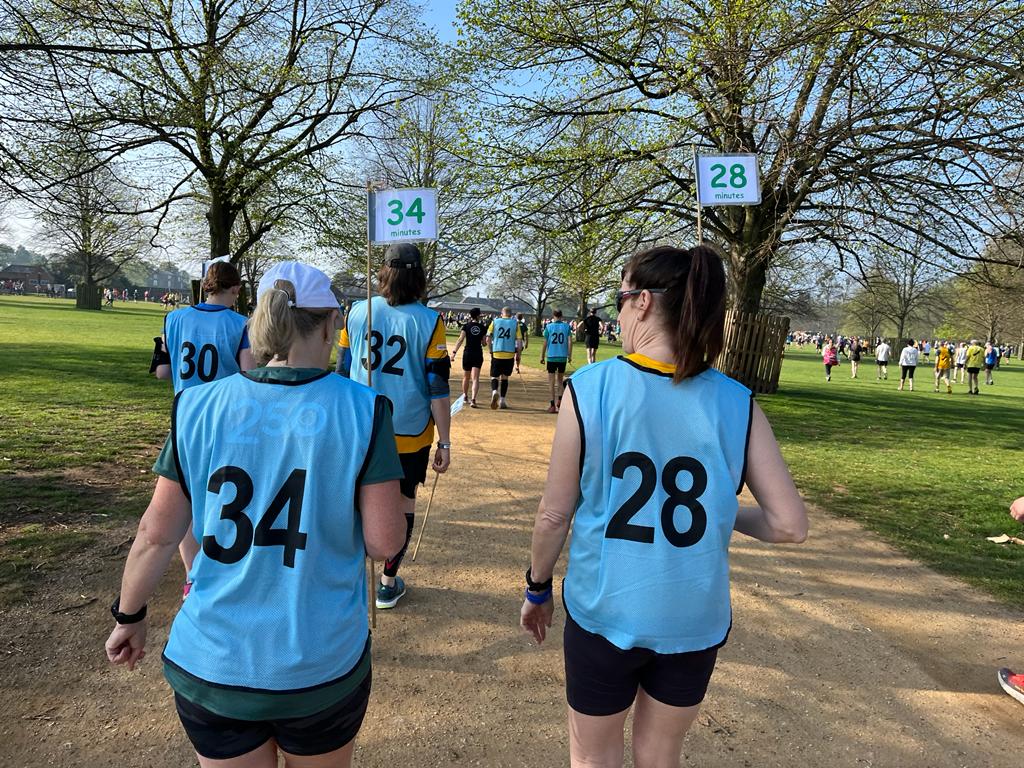 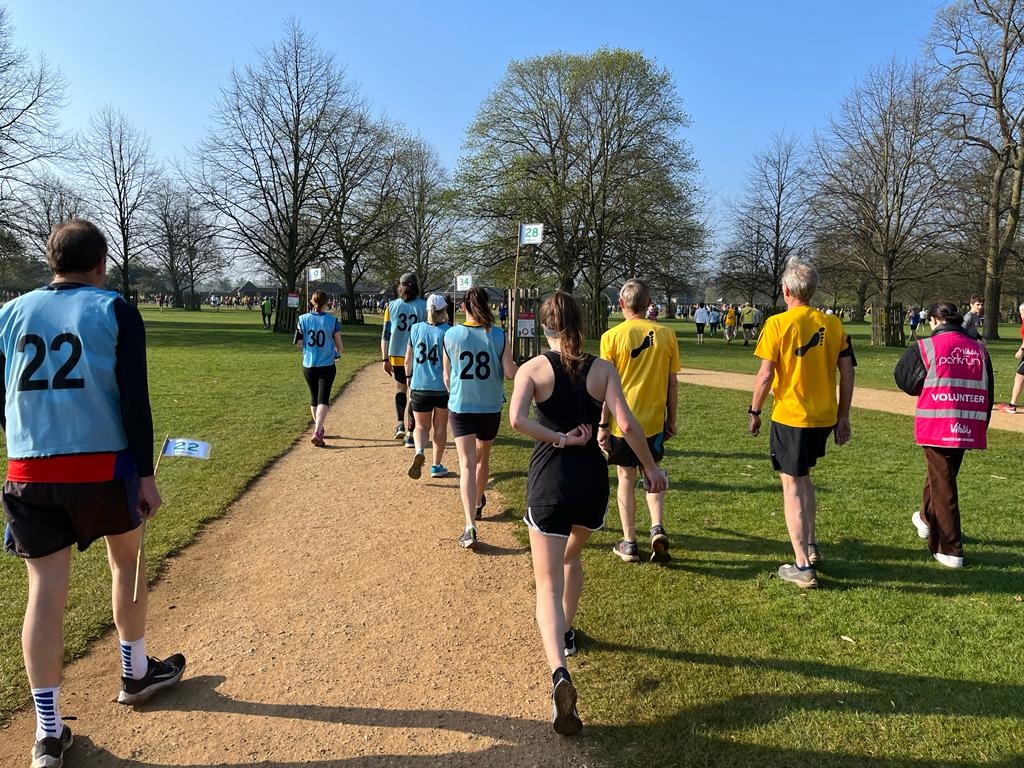 This week there were 143 personal best times. Conditions were good, and we had a mob match but the pacers must also take a huge amount of credit.

Representatives of 107 clubs took part. Two amongst them were prominent with local clubs The Stragglers and Thames Turbo Triathlon fighting out a mob match. Each club tries to get as many runners out sporting their colours, and sometimes times are compared. This time it looked like Stragglers won the match on numbers alone. 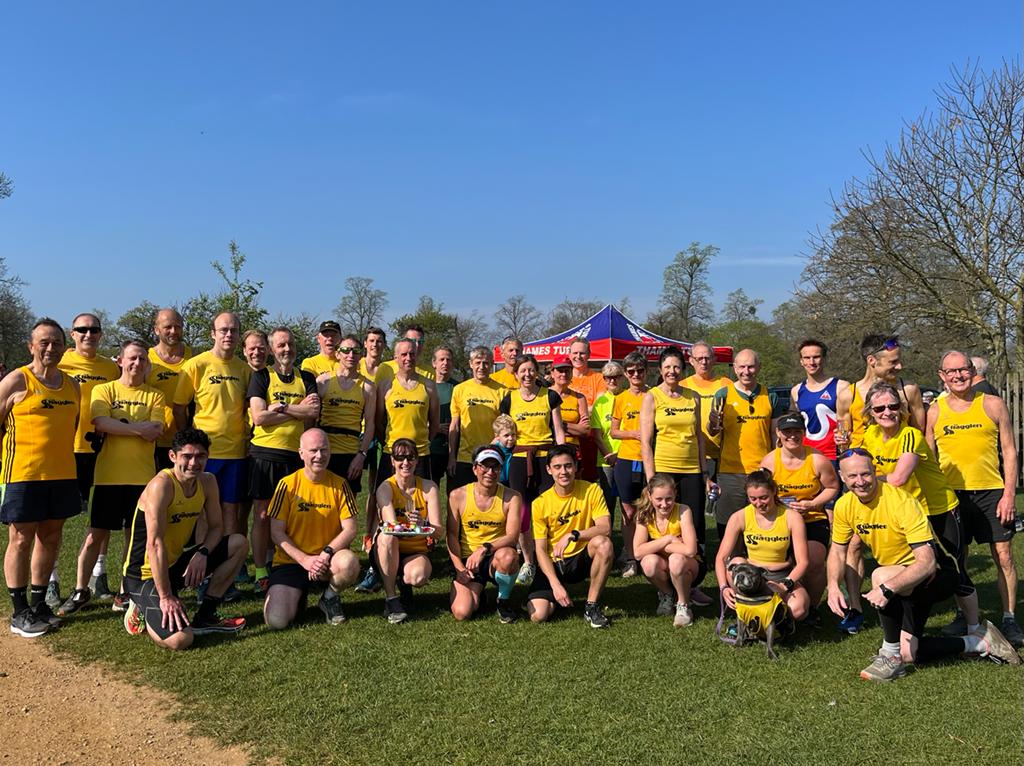 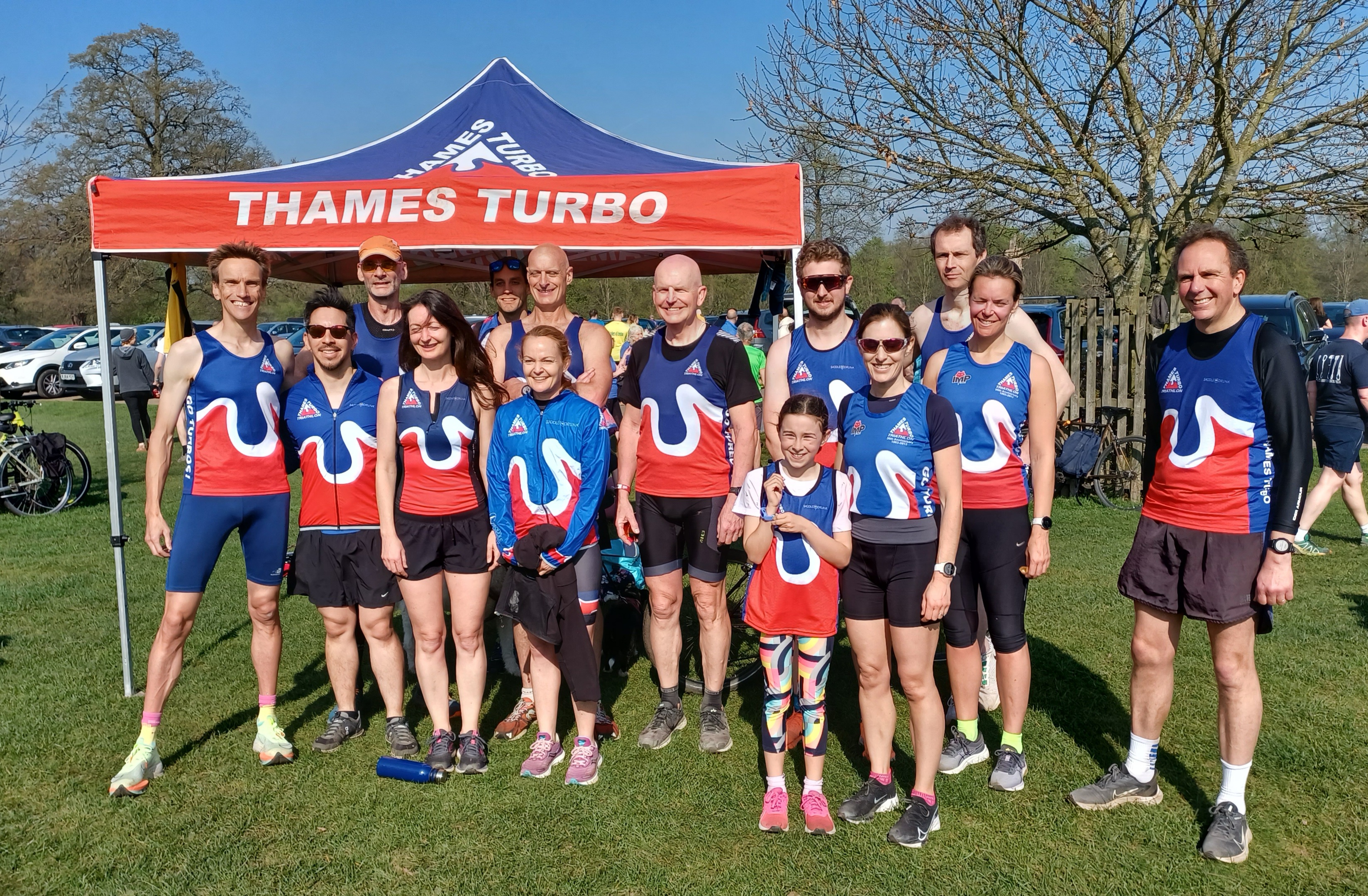 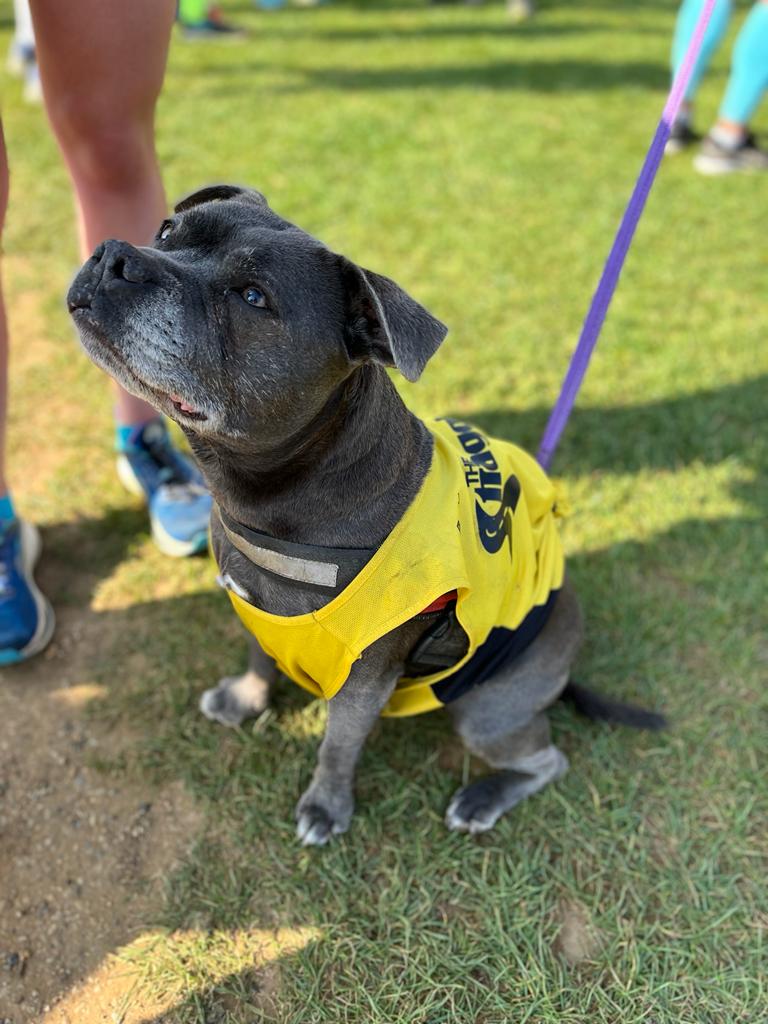 Sometimes dogs count in a mob match, wearing the shirt of course 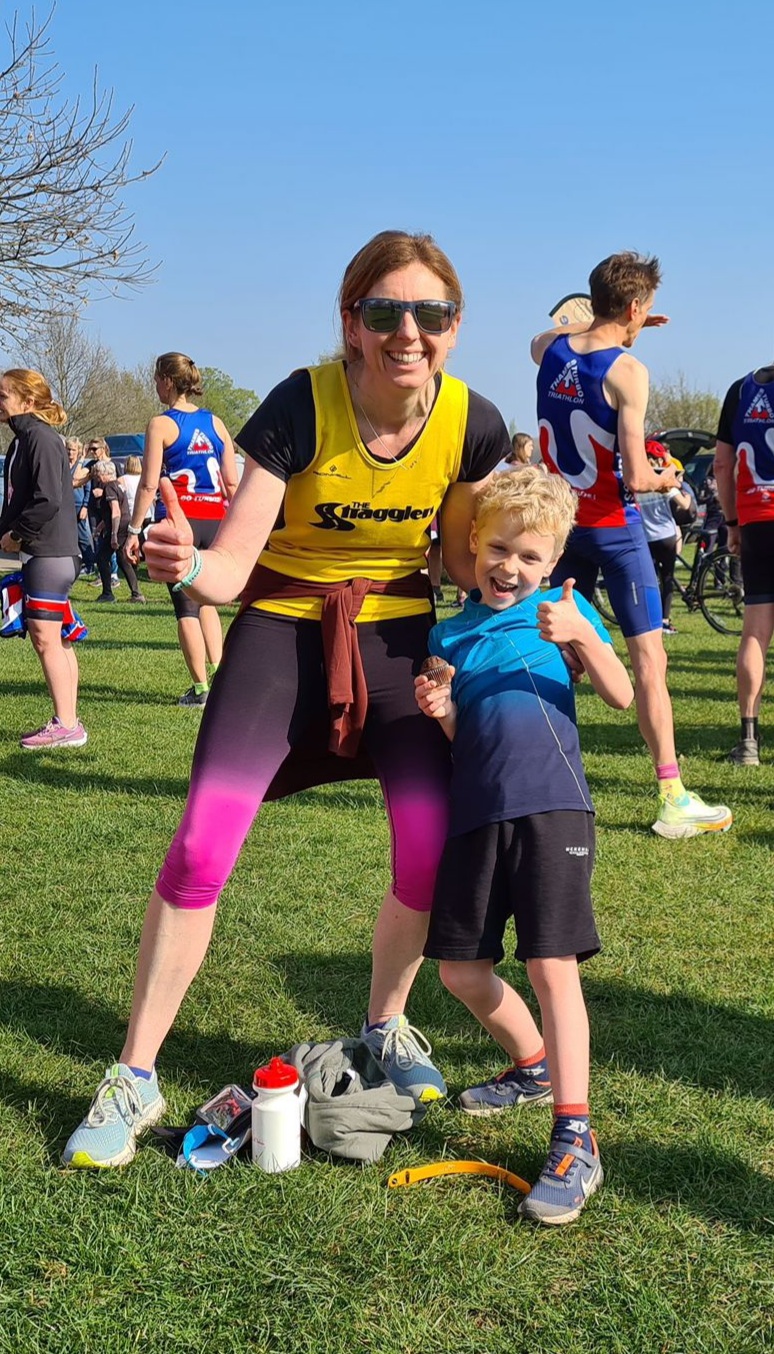 Ethan was delighted after his first ever "big" parkrun. With Mum Lex

We had just the one major running milestone this week Step forward Christine FLYNN of Horsell Runners who completed her 250th run and 144th at Bushy. Christine is also a regular parkrun volunteer -  53 times, principally as a marshal and timer.

There was one other milestone well worth mentioning and that was for a person who has been called the Grandmother of parkrun. Yes our very own Ann COWARD completed her 500th volunteer. What an achievement. Ann celebrated this incredible milestone with cakes and fizz. There are now just 44 people who have reached this lofty mark, including Bushy regular and the Grandfather of parkrun Ray COWARD and our long standing funnel supremo Ray FRANKS. 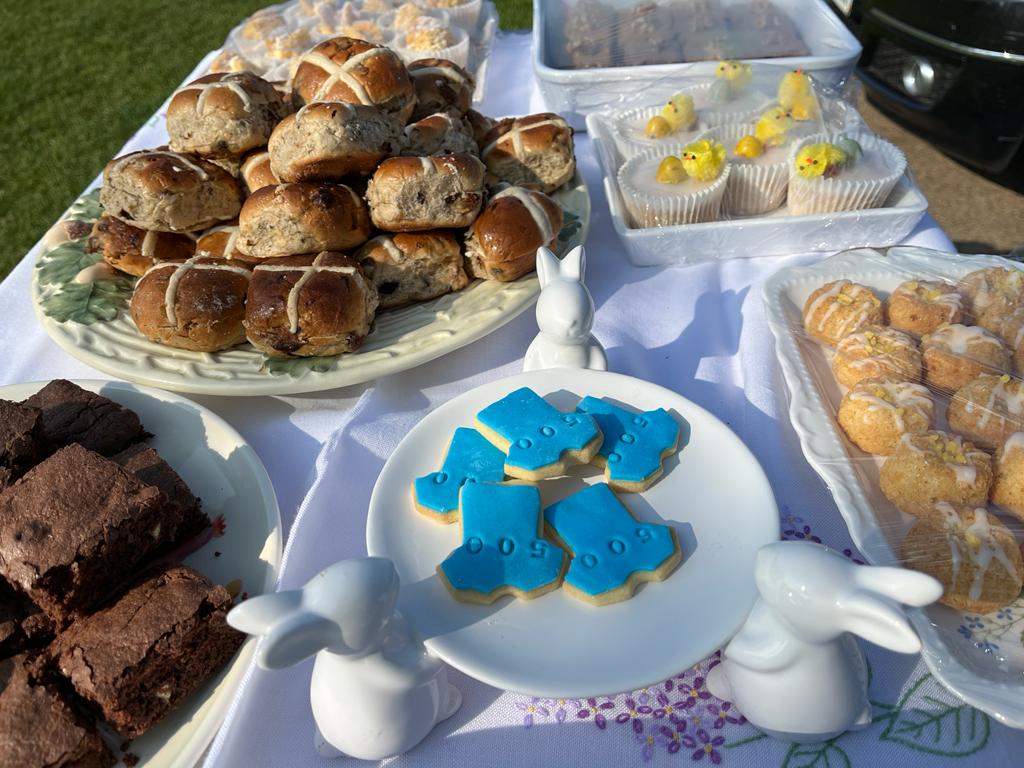 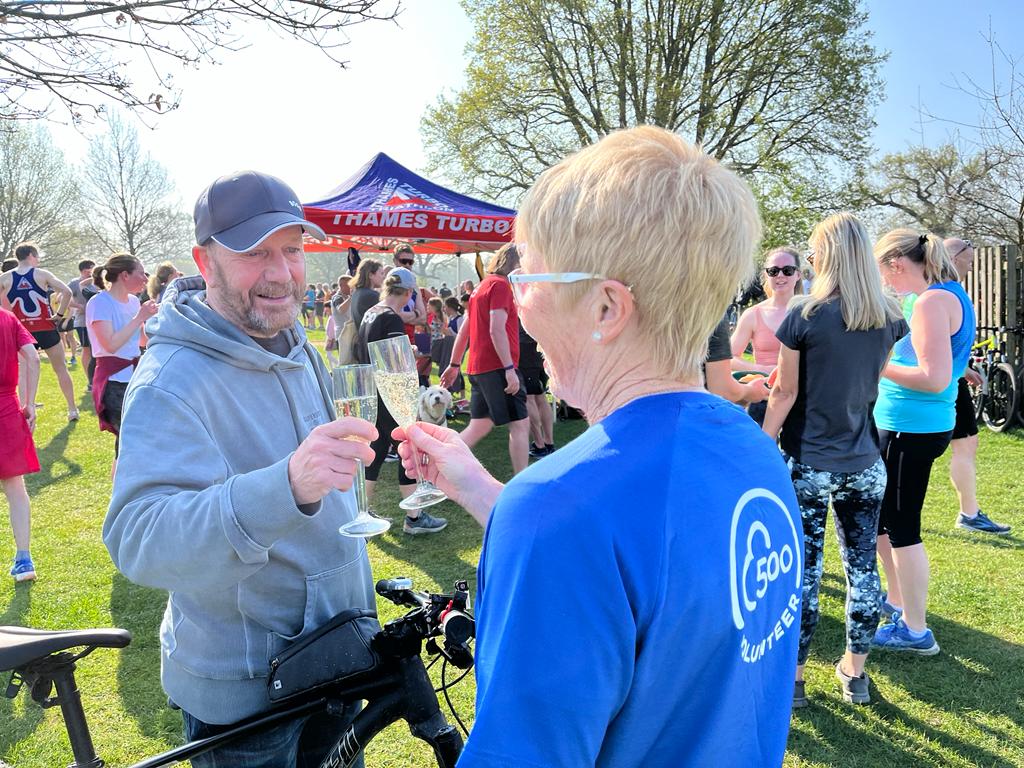 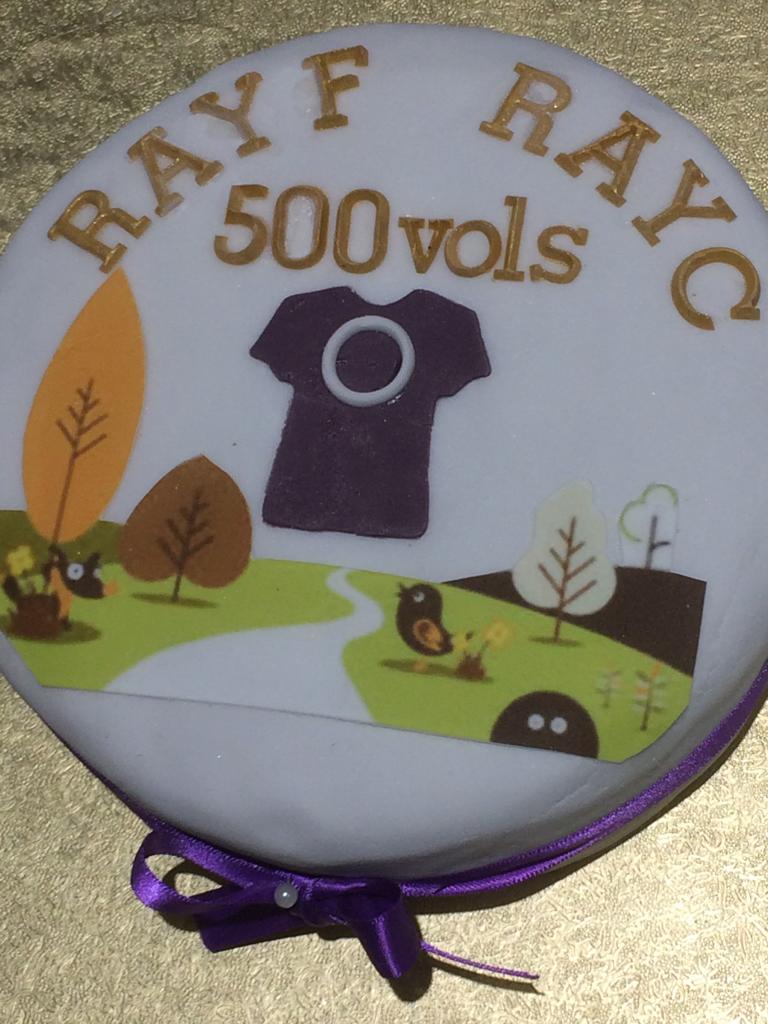 Some incredible times and PBs were achieved this week. Here are the main results: 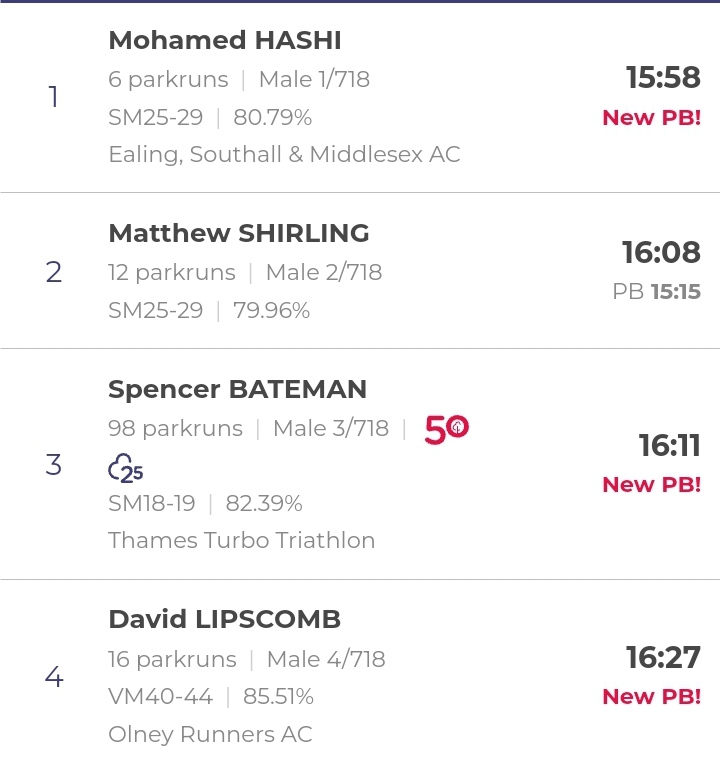 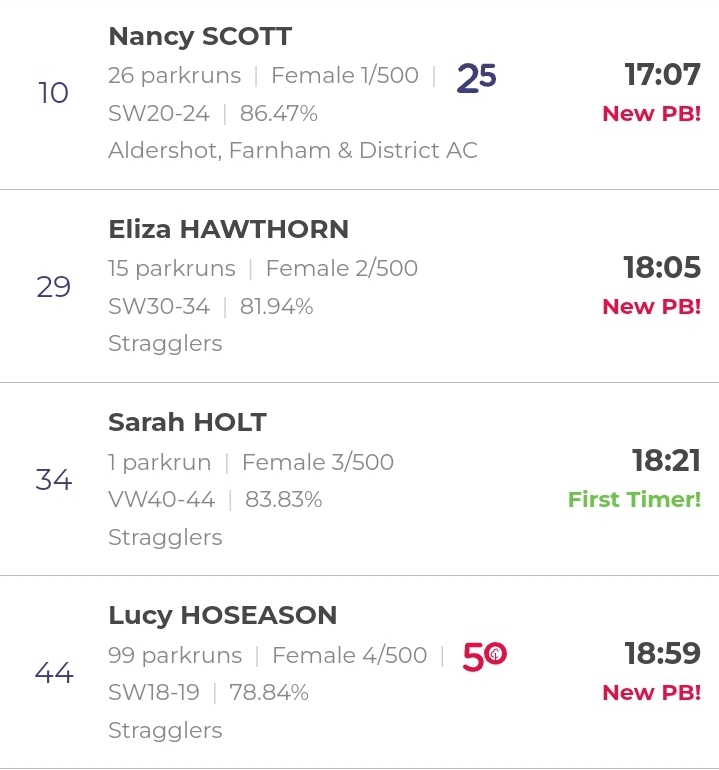 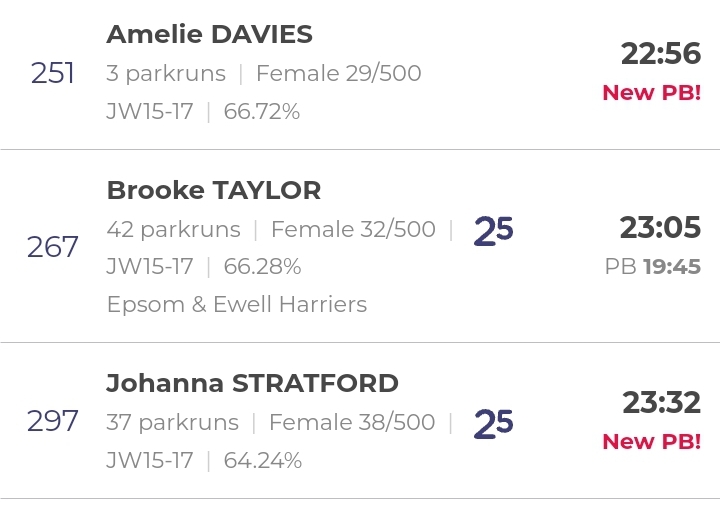 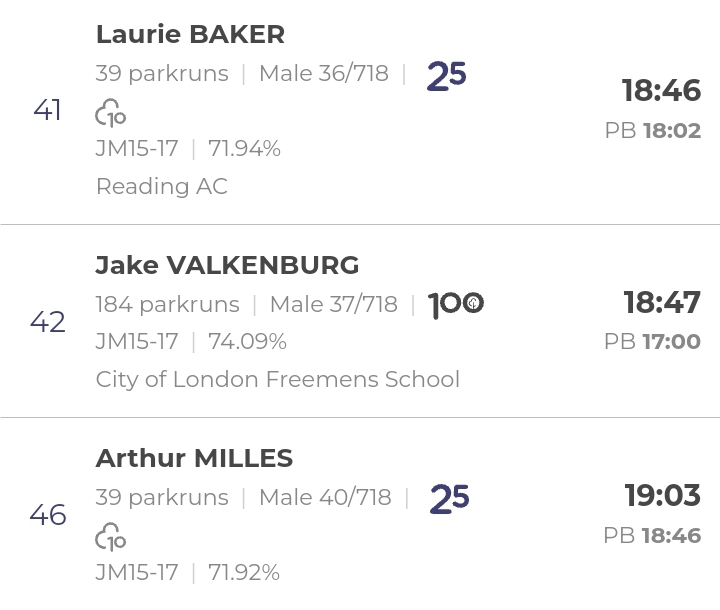 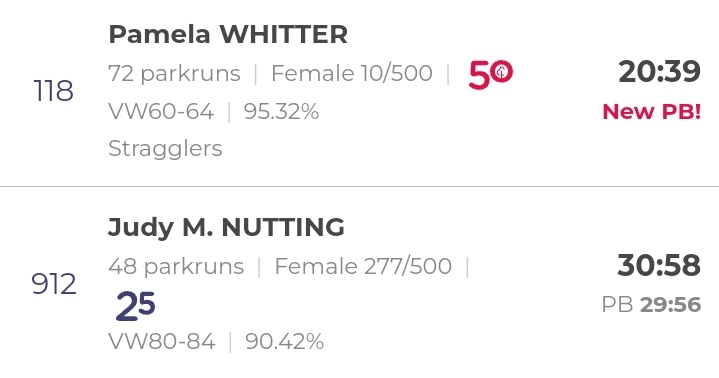 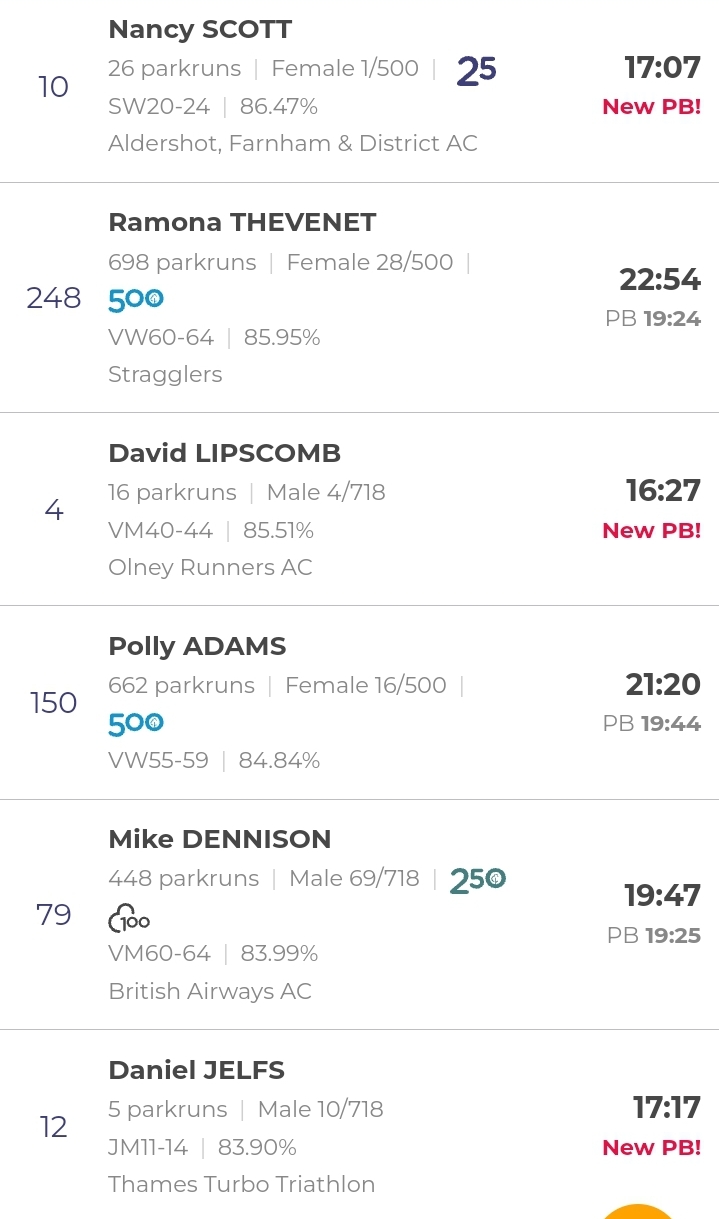 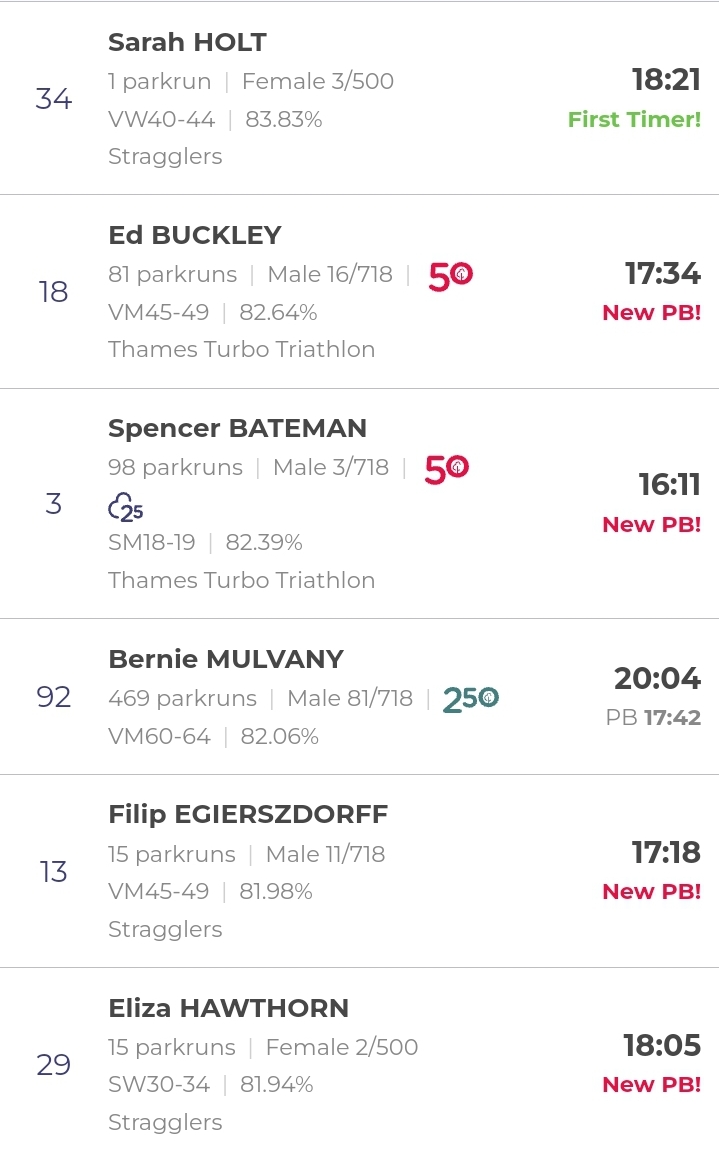 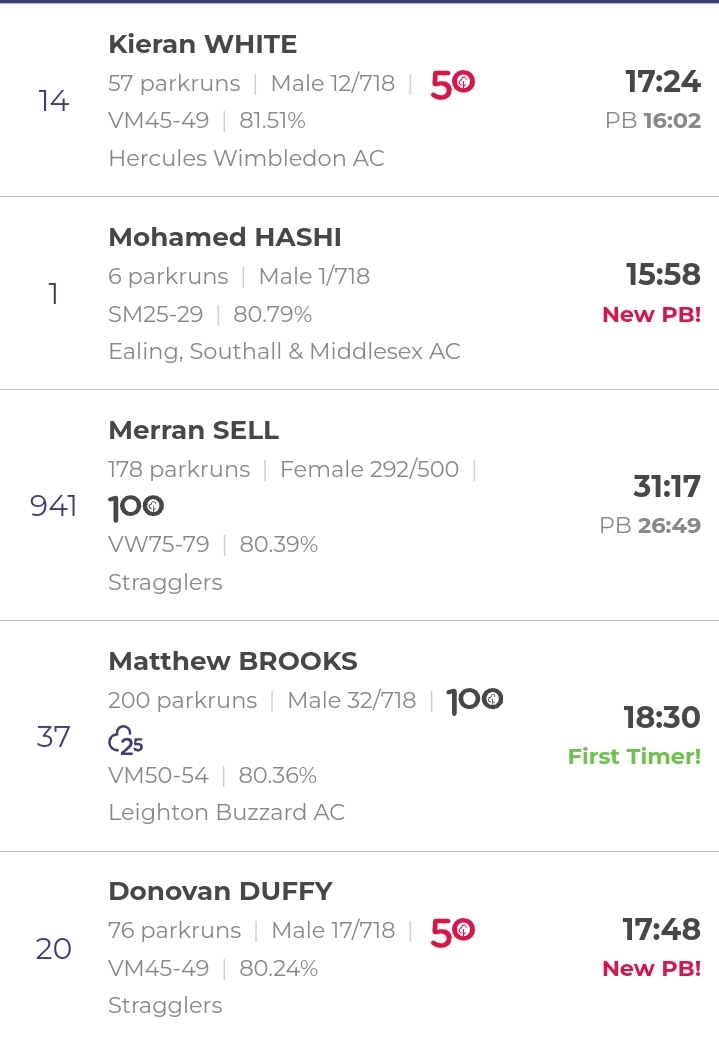 I think they all deserve another Easter egg. 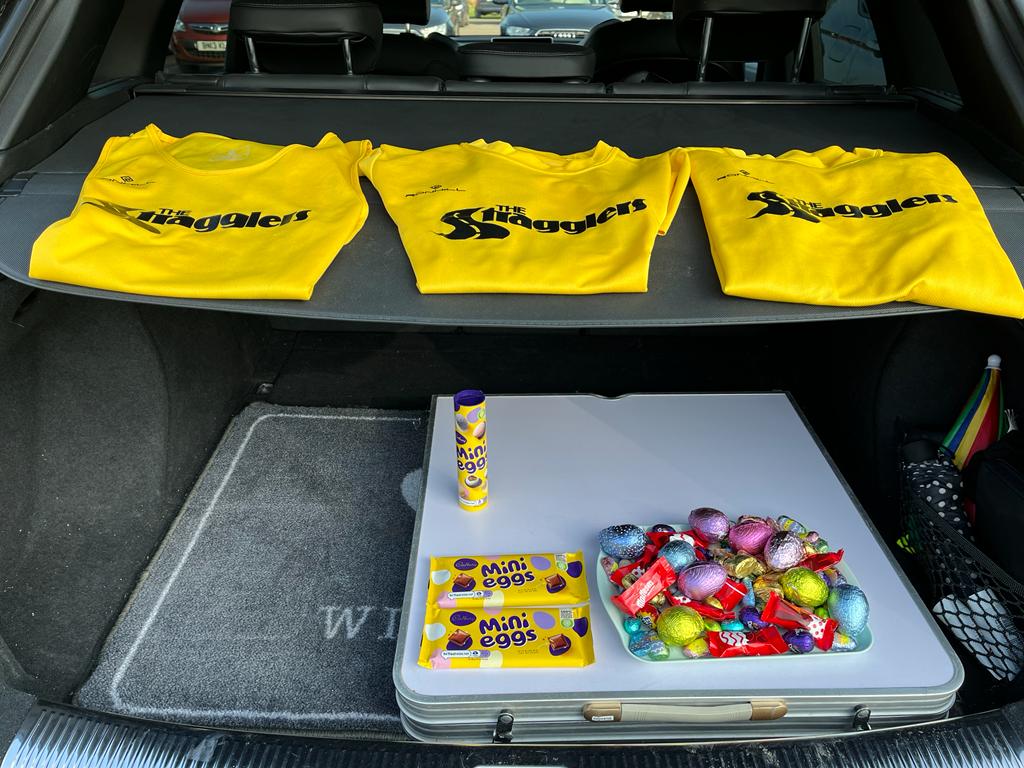 Special thanks to Wendy Stokes for most of the lovely photos in this report. See you next week!

and for parkrun UK on facebook at:
http://www.facebook.com/parkrunuk
Interested in volunteering at Bushy parkrun? Please e-mail bushyhelpers@parkrun.com