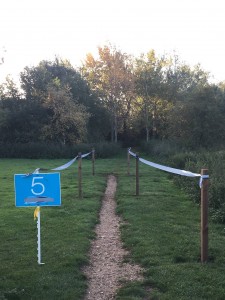 We are very sad to let you know that Cambridge parkrun will not be returning to Milton Country Park. Cambridge parkrun has been at the park since January 2010 and in that time a wonderful community of people has developed around it. We have had such fun and would like to thank all those who have been on the core team, the volunteers and the runners. We would also like to thank Milton Country Park for letting us run in their beautiful environment for over 10 years, and the staff at Grounds for supplying streams of coffee, tea, cake etc.

While this is not the outcome any of us wanted, please respect the decision. This does not affect Cambridge junior parkrun which will be back on the 10th of October.

We hope to see you at one of the other parkruns in the area.

**26 September update - we are still paused. Many thanks for your continuing patience.**

**28 August update - we are still on pause, and now hope to be able to update you in a couple of weeks. Many thanks for your patience! There are still plenty of volunteering and running opportunities in the area.**

Please note that Cambridge parkrun has still not returned. We are in discussion with the park and hope to be able have an update towards the end of August. There are other parkruns in the area - please see the event pages at Coldham's Common, Storey's Field and Wimpole Estate. 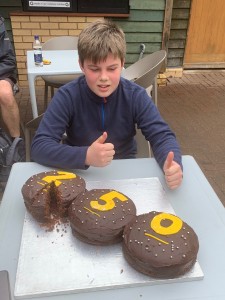 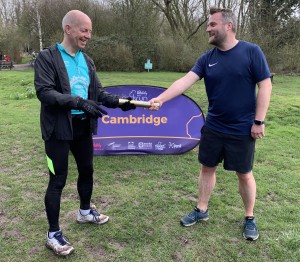 The One With Clare From Cambridge

Destination #112 and event #242 for me this morning, and it was a pleasure to join you all at Milton Country Park, as I got one parkrun closer to earning my coveted 250 top.

This was a special run for me - my home run is Shrewsbury, Shropshire, however my very good friend and fellow parkrunner, Clare Williams, is a Histon native, and we are down to visit her parents this weekend for Sunday's half marathon. This meant that she finally got chance to show me her other 'home' run. And a great run it was too!

It was a bright and crisp Spring morning with a good number of tourists in town (many, like me, are here for the race tomorrow). It was also good to see so many first timers (over 60) and a large number of women turning out for the national IWD celebrations too.

I've never heard "stick and flick" and "no spitting" mentioned in the same run briefing, but, then again, these are challenging times (!) so forewarned is forearmed! And so, after being given appropriate warning of all potential hazards (both on and off the course), we were on our way shortly after 9am.

Conditions underfoot were muddy but 390 runners made it round the course in one piece. First to cross the line today was Alexander Tate in 16:43 (his best time here since 2013) and first female finisher was Gail Brown in 20:59, a new course PB for her (well done, a fantastic time!). As for me, I managed to finish in 26:36, and first in age category, which I was pleased with.

Hope everyone running the half marathon had a good run, and, if you are ever in Shrewsbury, please do come and try our beautiful parkrun and say hello to Clare or myself whilst you are there. 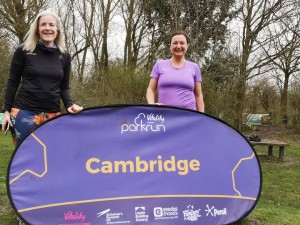 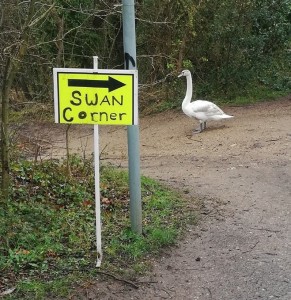