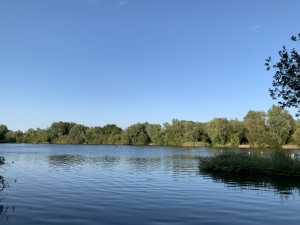 It was another gorgeous day in Milton Country Park and we welcomed many visitors from Coldham’s Common parkrun as well as tourists who are attending the Folk Festival. I hope you all had a brilliant time. We had our fifth highest attendance today – 610 of you – it’s been a long time since I had to queue at the first bridge. Of those 610, 98 were first timers at Cambridge and, of those, 18 were first timers to parkrun. We hope you all had a great morning with us and stayed to enjoy the café. 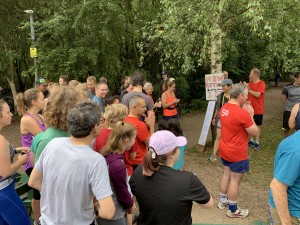 76 of you set new PBs – well done! Milestones were achieved by Ian Keys and Jamie Ward (PB!) who reached 100 runs, Martin Davies and Andrew Kennedy ran their 50th and Megan Birch qualified for her 10 T shirt. Well done to all.

We hope you got a good result, but we did have quite a few funnel duckers, people overtaking in the funnel, people crossing the line twice and so on. If you cross the finish line, the timekeepers will click the stopwatches. If you don’t want a finish token, please carry on through the funnel, in order, and let the finish tokens people know. This means that everything is in order and makes life much easier for the results processors. 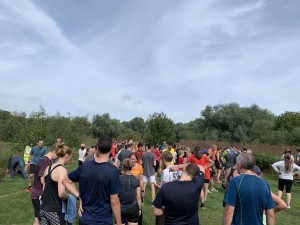 Today’s parkrun would not have been possible without the support of Milton Country Park and all our volunteers. Amongst the team of 39 people who made your morning run possible were seven first time volunteers – hope you enjoyed it. Volunteering is great fun and anyone is welcome to try their hand at the roles available; we’d love to have you.