We will be holding parkrun at Camperdown straight through the festive period, as usual.

This year Christmas day has to be at 09:30, so those presents will have to wait until after the main business of the day - parkrun! Secret Santa details to come!

New Year - we're 09:30, giving you plenty of time to get to a second parkrun for the double! (Work out your parkrun double options here: http://tailrun.uk/nyd/2020/uk/)

Today we had 200 runners, including 15 first timers.

Thanks so much to our fabulous parkrun volunteering team, without whom the event wouldn't run so smoothly. Special thanks to Luke Burns who has been volunteering with us as part of his Duke of Edinburgh, and completed his 12th volunteering this week.

Its been another awesome festive season, with lots of parkrunning opportunities. Thank you so much to everyone who has taken part in our Saturdays or our extra festive parkruns this year.

Its been great to see lots of visitors at Camperdown, including people from Milan, Leeds, Cardiff, and Perth. We've also had lots of new parkrunners joining us over the past couple of weeks and 48 first timers today, so we really hope you have enjoyed it and that you'll come back again.

Huge well done to everyone who did the New Year's Day Double today. I was through in Perth, and loved my first experience of double parkrunning. We had a huge turnout at Camperdown today too, and beautiful sunny weather for it.

Thanks to all of our volunteers who helped today, and those who have helped all year. parkrun wouldn't happen without our awesome high viz team, and us Run Directors all love getting to know you better when you help out.

We had a couple of milestone runs today:

This Saturday is pacer week, and we're still looking for some volunteers, so if you want to get involved, please let us know!

See you all soon! 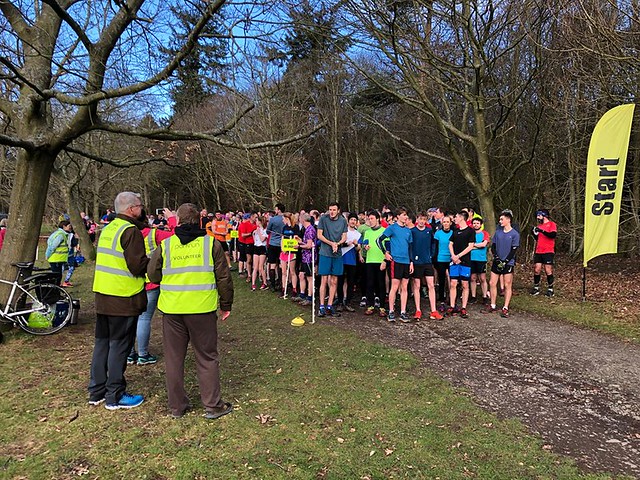 Its that time again!! Here are our plans for Christmas and New Year's parkrunning fun!

Dec 25th - 10am - we'll be doing a Secret Santa this year again. If you wish to take part, please bring a gift, labelled as 'adult' or 'child', place it in Santa's sack, and collect a gift when you finish.

Perth parkrun will be running at 9.30am, so if you're up early you can do Perth first, then come back to Camperdown for the double. Look out some tartan, and celebrate the New Year with friends!

Storm Ali threatened to bring Camperdown parkrun to a halt this week, as the winds blew down a lot of trees to the West end of the park, notably blocking the route on the big climb up by Gourdie Brae. Thanks to a number of park runners who were out to check the route we were able to get down there on Friday evening to move, cut, hack, and chop the trees so we could have a clear run on the day. A massive thanks to those who were out to help.

Landmark runs at Camperdown parkrun on the 22nd September!

200 parkruns up for Brian Middleton who has been with us from the very start, is a regular volunteer, and I'm told has a sub-3 hour marathon in his record book, and at the age of 71 has a Camperdown PB of 25:16.

150 parkruns for Pauline McKay, one of our celebrity parkrun couples, Pauline is a regular volunteer, and keeps Josh in line. Mostly.

We don't always know who's going to be running a landmark run before the start - with over 6000 runners registered at Camperdown, and literally millions of potential visitors, we struggle to keep up! So if you're about to do a landmark, or your pal is, do let us know so we can make an announcement for you!

Here's the official stats for the day:

This week 214 people ran, jogged and walked the course, of whom 18 were first timers and 18 recorded new Personal Bests. Representatives of 15 different clubs took part.

Today's full results and a complete event history can be found on the Camperdown parkrun, Dundee Results Page.