What an amazing day, so many smiles, maybe a few tears, loads of first timers and PBs, and definitely a cup of tea and a cake from the Cha!

Sharon does the first-timers briefing in the new finish area

It was so wonderful to finally be back doing parkrun in Cassiobury Park, after such a long time away. The weather forecasts had threatened rain beforehand, and even thunderstorms, but in the event we were let off with a bit of drizzle.

The volunteers started arriving at about 7.45 to unload the kit from the storage box. During the break the Run Directors have had a clear-out, and parkrun HQ have issued us with some nice new pink high-viz jackets (the old yellow ones will go back for recycling), so we were feeling all set.

The course change seemed to go well - there were lots of reasons for the change, but I must say I think it was nice to have more space both at the start and the finish. For now the storage box is still in the same place near the croquet club, but we'll see what we can organise with the council once we're feeling a bit more settled.

A gathering crowd of parkrunners at the new start

As ever we are so grateful to all out volunteers who helped put on a safe and fun event. A quick reminder that you can volunteer too - all the roles are very straightforward, it's lots of fun and you can learn a little bit about what happens before and after the run as well. Just email us at cassiobury@parkrun.com, and we'll get you organised.

This week's high-viz heroes were:

We had 318 runners and walkers and 33 volunteers. 19 of the participants were making their parkrun debut with us in Cassiobury - welcome to the fun, and I hope you find it as addictive as the rest of us. We also had 17 people who have parkrunned (is that a verb?) before, but this was their first time at Cassiobury - hope you liked it!

I also know that Colin Taylor was doing his 50th run at Cassiobury - thanks for joining us Colin!

We have to keep the run brief short and to the point in the new world, so if you have anything you want us to celebrate, send us a few details and we'll include it in a run report or on a Facebook post!

Tim Cook was busy taking photos and his full album can be found on our Facebook page HERE! Look out for his video of the participants all setting off as well, which is HERE!

I've included a few here for you to look through, until we meet again next week.

Tweet
THANK YOU so much to all the people who have offered to volunteer for our first event back on Sat 24th July. We've got a full roster already, which is great - so if you were meaning to volunteer but didn't get round to it ... there are plenty of gaps on 31st July, 7th Aug, 14th Aug - you get the picture! 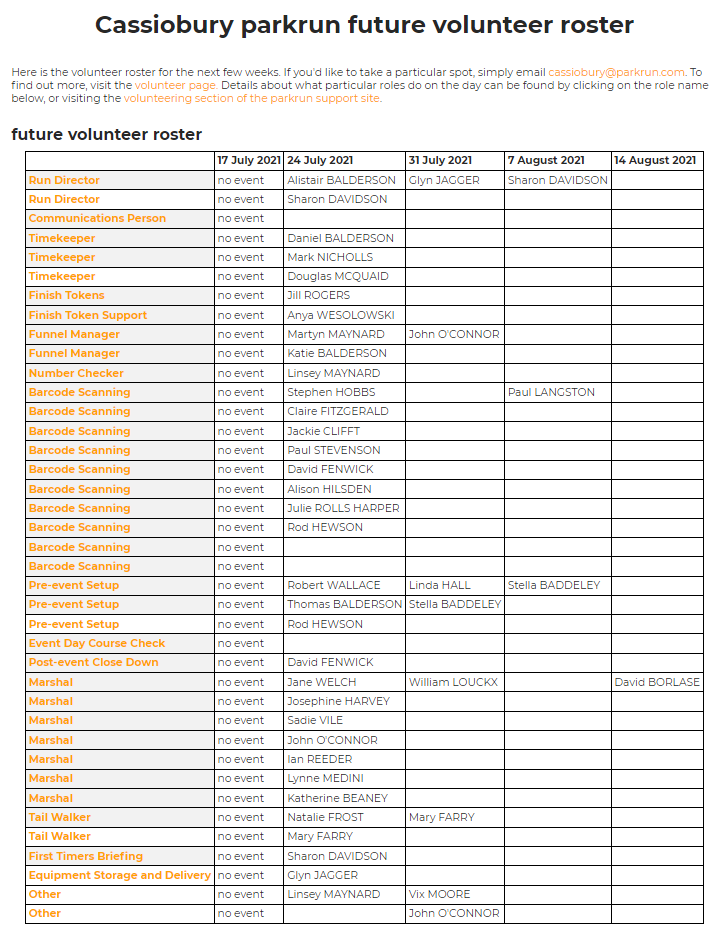 Looking forward to seeing you all on 24th - remember the new start is at the top of the field near the Bowls Club and the Peace Garden (we'll remind you all again with a map soon).
Tweet
Hi lovely Cassiobury parkrunners!
Thanks, and lots of love, 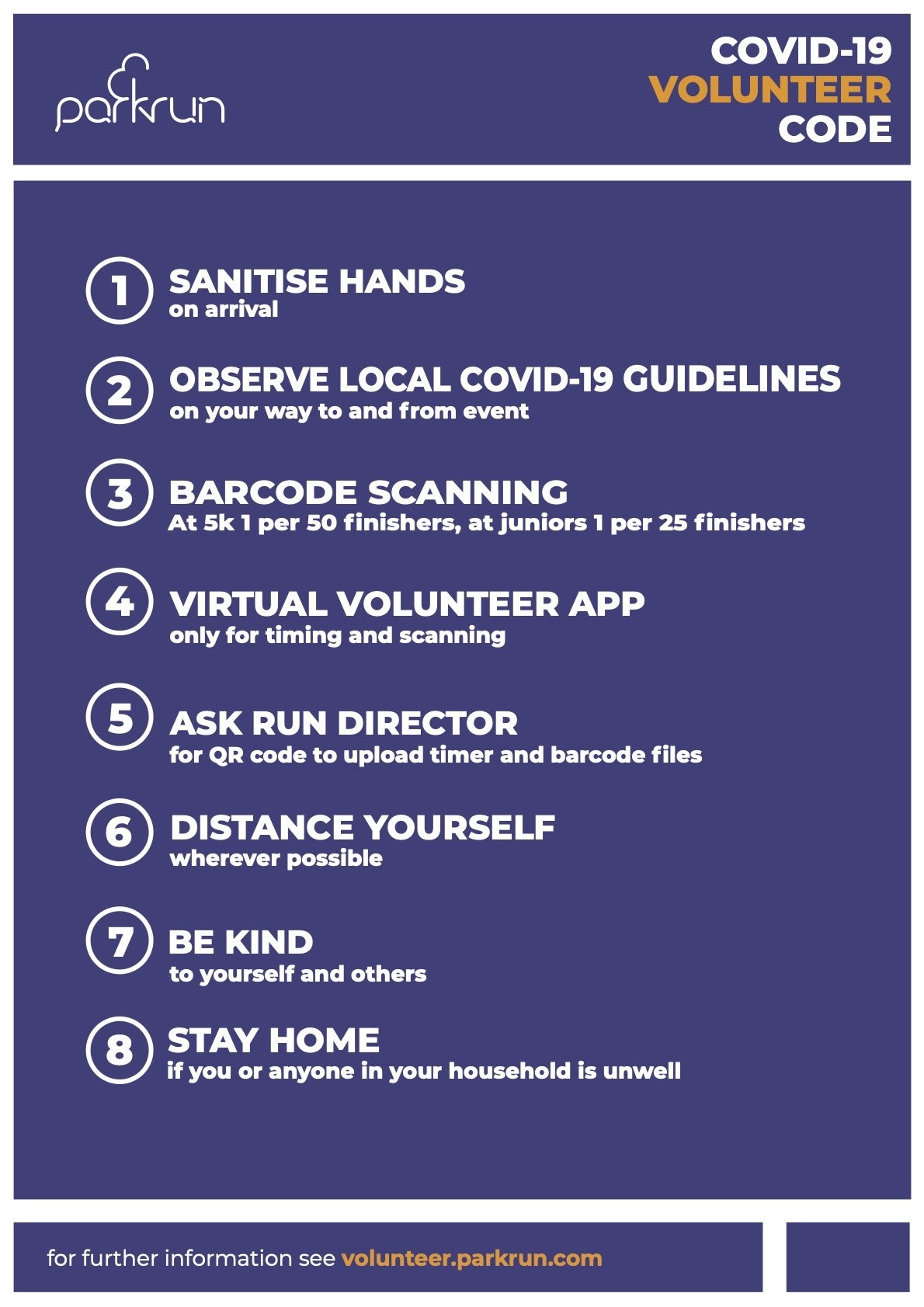 We remain optimistic about the proposed return of English parkruns on 24th July - we hope you do too, and we're looking forward to seeing you! To prepare for the first events for over 16 months, please familiarise yourself with the new covid-safe guidelines - here is the guide for walkers and runners. We'll share more useful information over the next couple of weeks, so please keep an eye on our Facebook page and website, and encourage your fellow-parkrunners to do likewise, so you don't miss anything important. 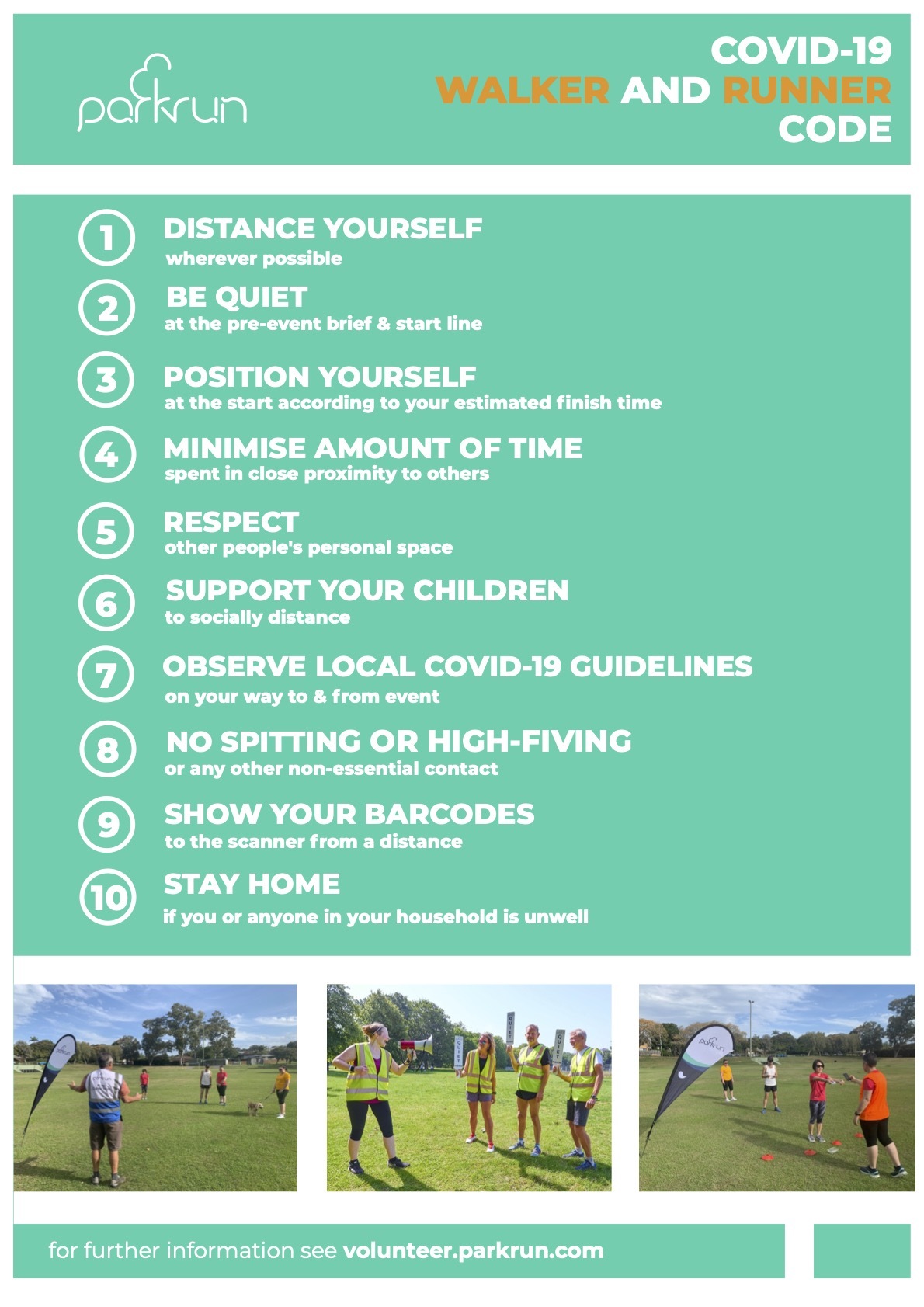 Tweet
Following parkrun HQ’s statement of last Friday, the government’s subsequent announcement means that we are not able to return to parkrun just yet – the next target date has been set for 24 July, and of course we hope that the general picture continues to improve and that we will indeed see you all back in Cassiobury next month!
HQ's announcement can be seen here.

As before, please keep an eye on our Facebook page and the news page of our website, as well as HQ’s own channels, for the very latest position.

Whenever we do return, we will need more helpers than before, to ensure that runners and spectators are kept safe and compliant, and we would be very grateful if you could offer your time to volunteer once in a while. All the roles are straightforward and fun, and briefing and training will be given on the day. Please email cassiobury@parkrun.com if you can be one of the high-viz heroes who make your local parkrun happen! Please include your name and barcode number so we can find you on the system.

Thank you so much to everyone who has already volunteered in response to last week’s request!

The future roster can be found here and a description of all the roles here.