If you’re coming along to Cassiobury parkrun this Saturday (18th September), please be aware that the Watford Race for Life and Pretty Muddy events are also taking place in the park, starting near The Hub and the splash pools, from 10:30hrs. The Gade Avenue car park will be closed to the public on Saturday, so please allow a little extra travel time and plan your parking accordingly – even better, why not cycle, jog, or walk to parkrun this week? Around 700 participants are expected – give them a cheer if you see them after parkrun … and good luck to you if you’re one of those participants!

Dear parkrunners,We expect that you may have seen the good news today from parkrun HQ – parkruns in England have permission to restart on 26th June! You can read the full announcement here. We are grateful to parkrun HQ and to the Cassiobury Park management for their efforts and support in getting us going again at this time.We can’t wait to see you back at Cassiobury and wanted to write to update you about a few points.We would be grateful if all parkrunners would familiarise themselves with the new Covid guidelines. Following these will ensure, as far as possible, that our event remains as safe and compliant as it possibly can be and that future events are not jeopardised. FAQs are answered here.Please be aware that the start and finish lines have been changed – the new course map can be seen on the news page of our website, whilst we wait for the course page itself to be updated. The course itself is largely the same, but you now need to meet near to the bandstand. The good news is that there is a very slight downhill to finish, and that the start and finish points are nearer to each other!Please keep an eye on our Facebook page and the news page of our website for the latest updates in the countdown to the 26th.As ever, parkrun happens only with the input of its amazing volunteers, and we are now taking names to add to our future roster – we need YOU! Please take a look at the roster and email us at cassiobury@parkrun.com if you would like to add your name for a role in the coming weeks (please include your athlete barcode number so that we can find you on the system). No need to tell us if you aren’t in a position to volunteer, though. The guide for volunteers can be found here.If you’re new to volunteering, you can find out about the different roles here.All volunteers are encouraged to download and practice with the “Virtual Volunteer” app on their smartphones. If you are barcode scanning or timekeeping, you must have this downloaded on your phone as we do not have stopwatches or scanning devices for you to use any more – all timing and scanning will be done on mobile phones (and instructions will be given for submitting your results post-run). You can read the guide and download the app here.We will make reasonable efforts to accommodate requests for particular volunteer roles, but please bear in mind that there are certain mandatory roles that we need to fill to ensure that the event can go ahead safely and in line with the new protocols.If you have any questions, please get in touch (but please be patient waiting for a reply as we hope we will be rather busy dealing with all the volunteer requests!).Thank you so much for your support and your interest in Cassiobury parkrun, and we look forward to seeing you very soon

We hope you can join us for our 5th anniversary celebrations on 22nd February. Please encourage your friends and family, club-mates or colleagues, to come too, especially if they've not been for a while, or have never been before. There is no particular kit theme this year, but costumes or fancy dress are welcomed if you fancy it, or wear your shiniest parkrun t-shirt or Contra gear … or whatever makes you happy to run in!

A few fun happenings for the day:

Happy anniversary to all our parkrunners and parkvolunteers … the 11,905 athletes who have run and the 984 people who have volunteered. See you on Saturday! 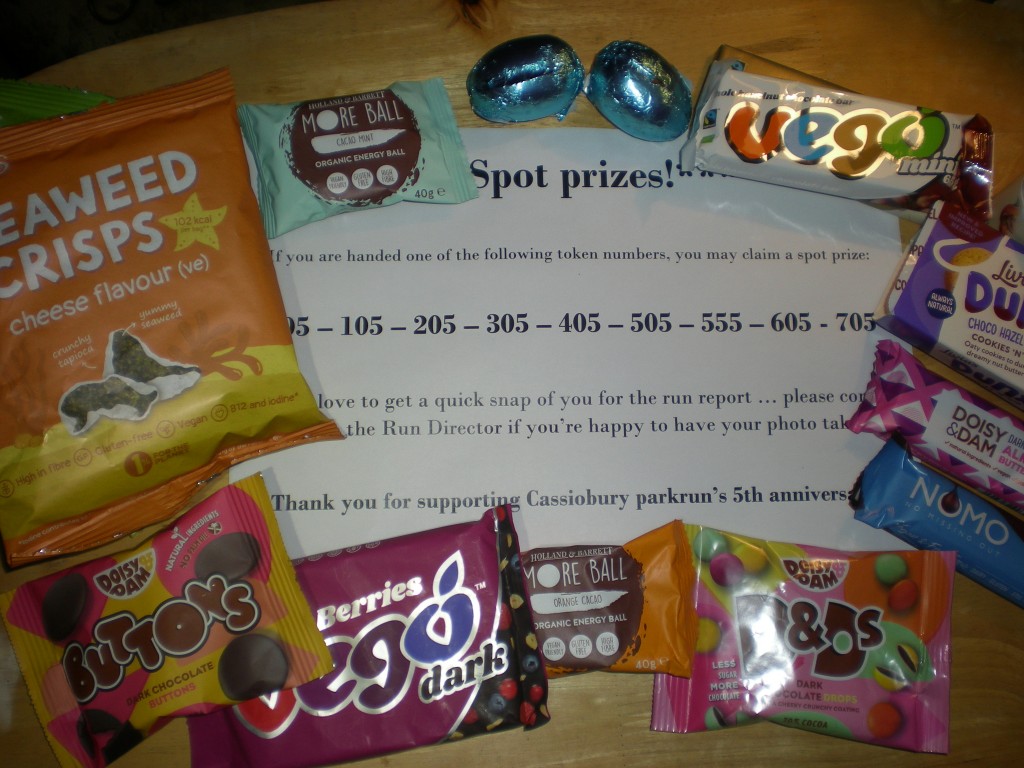 Please be aware that there will be parking restrictions on the roads surrounding the park this Saturday 2nd November 2019 from 7am to 11pm, so parkrunners are advised to park in one of the public car parks in the town centre or use alternative means of transport (walk, run, cycle, or car share!). Please allow extra time for your journey if necessary. Thank you for parking considerately and responsibly.

Please help spread the word to your fellow parkrunners so that everyone can make it to the start line in time!

More information about the fireworks display can be found here.

parkrunners should be aware of the Watford 3.5km and 9km memory walks talking place in Cassiobury park on 14th September 2019. The memory walk starts at 11am so you have opportunity to partake in both parkrun and the memory walk in aid of the Alzheimer's Society. They are also in need of marshals if you wanted to volunteer at both events.

What is Memory Walk?

Memory Walk is a traditional style, sponsored walk that is for the whole family, including dogs. Take in the views of Cassiobury Park in Watford and walk for future without dementia. In Cassiobury Park last year over 1,500 people walked to defeat dementia. Don’t miss out this autumn.

The difference you will make.

Every 3 minutes someone in the UK develops dementia, there is currently no cure. But you can change this, walk to defeat dementia. We raised over £8 million from last year's Memory Walks which took place across the country in 44 different locations, and we hope to raise even more this year! By taking part in Memory Walk you will make a massive difference in the funding of vital dementia research, campaigns, and support services.

On the eve of our 200th event, here are some facts and figures relating to “200” at Cassiobury parkrun.

All week we have been encouraging female parkrunners to come along for our 200th event and try to break the record … at least, we hope to have more than 200 female finishers on this occasion!

The clubs whose members have run more than 200 runs at Cassiobury are:

No one club has had 200 of its members run at Cassiobury over the years … Watford Joggers comes closest with 172 individual runners having recorded runs here.

The runner currently in the 200th position in the “Fastest 500” table is Stuart Douglas with his time of 18:24.

The runner currently in the 200th position in the “Age Graded League” table is Oliver Hill with his grading of 77.56%. Ollie’s next run will be his milestone 50th - we look forward to seeing him back to form before long, and we appreciate his volunteering contributions in the meantime.

While we’re talking of 200 landmarks … did you know ….? There is a tree in Cassiobury Park commemorating the 200th anniversary of the Battle of Trafalgar – go in the Stratford Way/Parkside Drive entrance, along the footpath to the third lamp-post and look 12m to your left – plaque is slightly hidden (info gleaned from the Cassiobury Park Gates group).

200th-placed finishers with the same surnames are:

On 12 occasions an “unknown” runner has finished in 200th place (don’t forget your barcode!!).

Finally, a mention to every other runner who has ever received the 200 token!

Who will it be this week?! The 200th finisher at our 200th event will receive a spot prize of box of chocolates. We look forward to seeing you all for some fun and a run!

parkrunners should be aware that Pretty Muddy and Race For Life will be taking place in Cassiobury Park this weekend. The organisers will be setting up their course on Saturday morning, and there might be vehicles coming and going, so please be aware of your surroundings and follow marshals' instructions.

You might see a few more signs than usual on or around the parkrun course - these will NOT be parkrun's signs, so please don't follow them! The parkrun course will be as it always is, with all our usual minimal signage, and marshals will also be on the lookout for anyone tempted to stray towards the mudbaths and inflatable slides!

And if anyone taking part or marshalling at parkrun fancies popping down to the race site afterwards and helping with some marshalling, please let us know and we will pair you up with Wai Meng, who will be joining the Pretty Muddy crew afterwards – they'd love some extra pairs of helping hands! 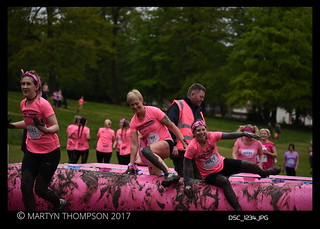 Some upcoming events of which we are aware:

Race organisers: please get in touch if you would like your event to be listed here.

The not-so-small print: We don't provide any recommendations for any of these links. Content on these sites is the responsibility of their respective owners

We are delighted to announce that we will be holding extra runs on Christmas Day and New Year's Day, as we have done for the past two years. Both extra runs will be at 09:00.

It goes without saying that we need volunteers to make these runs happen, and we have confidence that members of our fantastic parkrun community will do their bit and volunteer at the earliest opportunity! Please email cassioburyhelpers@parkrun.com.

We are also happy to say that our neighbours at Rickmansworth parkrun will be holding an extra run on New Year's Day at 10:30 - this is the only day of the year on which parkrunners can record TWO runs! If you intend to run at both venues, please plan your journey in advance and do not take any risks when travelling between the two. Why not run at one and volunteer at the other on NYD?

We understand that the Cha Cafe will be open until after the 23rd December run but will then be closed until 2nd January. Please check their Facebook page nearer the time for confirmation. 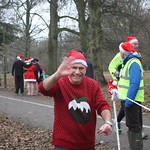 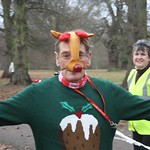 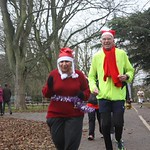 Due to Cassiobury Fireworks in the park on the evening of 4th November, there will be parking restrictions on surrounding roads to the park from 7am to 11pm. Please take this into account when planning your journey to Cassiobury parkrun this Saturday and allow extra time to park further away if necessary. Alternatively, why not walk, jog, or cycle to the park, or take public transport, to help reduce our impact on both the environment and other park users? Watford tube station is less than half a kilometre from the parkrun meeting point, and Watford Junction overground station is about a mile from the start line. More information about the fireworks event can be seen here.