Well, James has donned his fleece-lined cap, adjusted his goggles and set off for far away places on his silver airship. Or am I getting him mixed up with images from His Dark Materials on BBC1? Either way he has left the role of run report to his apprentice who will struggle to reach the journalistic heights he manages every week. Anyway here goes!

It was a bit of a hangover week with the Cornish clan still grabbing the headlines! Brett and Kyra were joint RDs and under the stern eye of Dan struggled to set the runners off on time, 9.00am as dictated by parkrun central. Brett’s efforts were somewhat undermined by James leaping up to seize the microphone and present him with a celebratory plaque to decorate his shed. Brett has created so many signs plus the much admired purple finish funnel posts that the park had to erect a shed to house them all. Now Brtt’s shed has its very own plaque and rightly so. 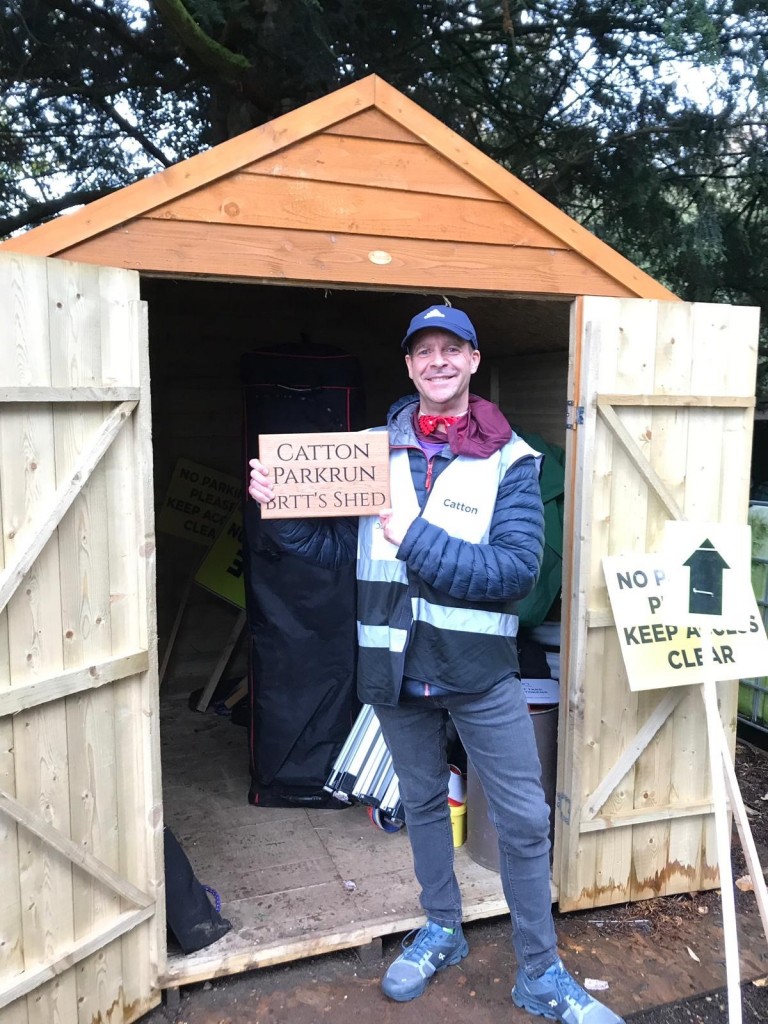 The second Cornish contribution to the run was Theresa’s hen party beautifully turned out in tutus and diamante tiaras. Here at Catton these events provide another opportunity to celebrate the running community and to support one another. The wedding between Theresa and Michael is on 19th Nov. at Norwich castle and we all wish them every happiness. 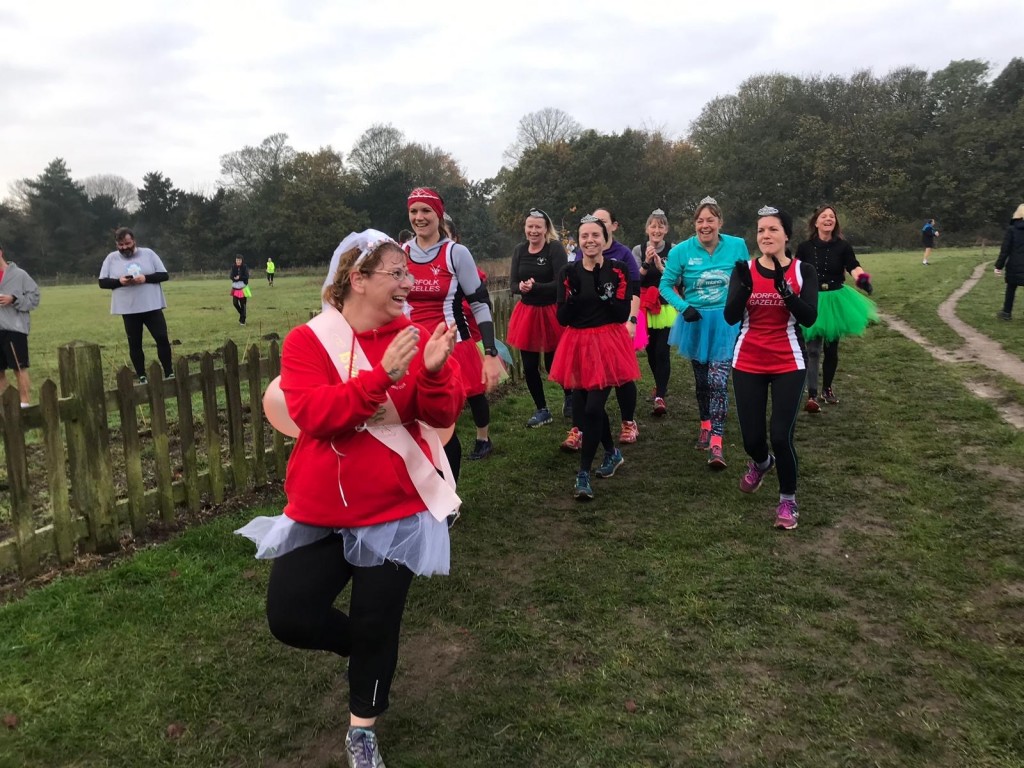 So now to the run itself (about time I hear Dan say!). Despite a week of almost continuous rain the day was dry and when the sun came out the park could be seen in all its autumnal colours. We had a large group of first timers in addition to tourists from Chelmsford, Colchester, Yorkshire and Brighton. We look forward to our first timers coming back now they know the course and have sampled Sue’s tea and coffee! 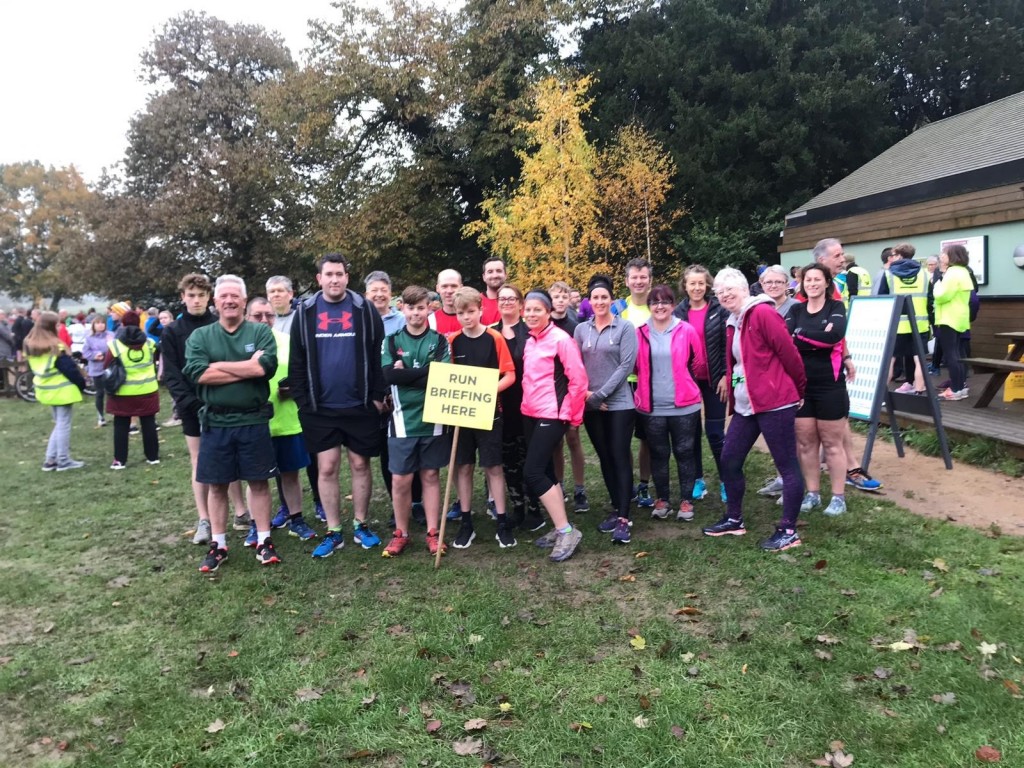 This week 329 people ran, jogged and walked the course, of whom 22 were first timers and 40 recorded new Personal Bests. Representatives of 22 different clubs took part.

Not sure how many of you good readers have seen the results from the Sheffield Hallam University survey concerning the benefits of parkrun on individual wellbeing and community spirit? All very positive and the parkrun ‘effect’ is spreading out across the world. In fact our very own Robin and Andrew are currently sending back reports of Oz parkruns they are participating in both as runners and volunteers. One key finding from the study was that while both running the course and volunteering had beneficial effects on the wellbeing it was volunteering that gave the biggest positive boost to an individual’s outlook.

So the message is clear signing up to volunteer at Catton is even better for you than running our fabulous course!