So with something approaching normality resumed it was Parkrun at 9am on a Saturday morning and with the added bonus of pacer day and whilst not hitting the heights of last week there was still a bumper turnout of 915 runners, joggers and walkers enjoying their free 5k trip around Chelmsford`s parks.

Everyone likes to get back to the old routine. 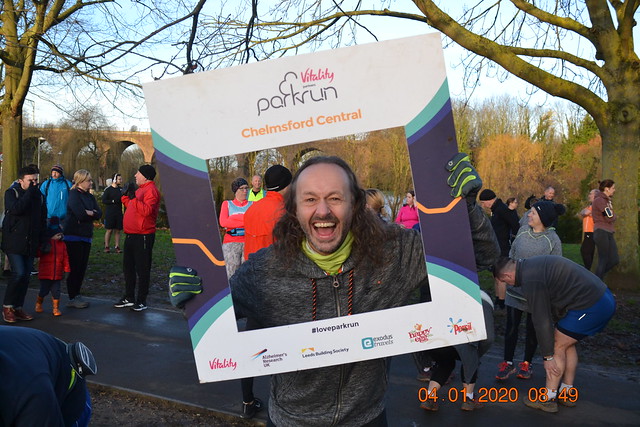 This week with the hint of new year resolutions in the air we welcomed 73 first timers and the odd dog. 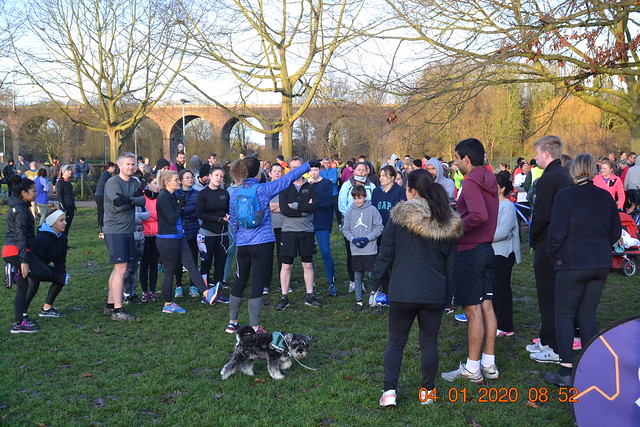 We also had a healthy array of tourists visiting Chelmsford this week although not many travelled as far asTrev and Janine Bowdidge whose home Parkrun is The Entrance poarkrun which is just outside Sydney. 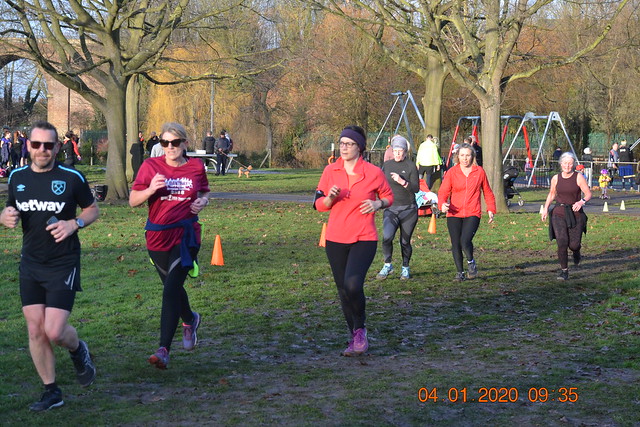 To carry on the Aussie theme a couple of our regular runners had an unplanned meeting in a land down under on the 28th December at Margaret River parkrun, they didn't really know each other but Rob Knight and Ivan Newman recognised that they both ran at Chelmsford Central.
"Margaret River parkrun" is on the other side of Australia to "The Entrance parkrun" about 3,000 miles away by road!
Amazing that two Chelmsford runners were at that particular event on the same day 9,000 miles away from here!!
Parkrun can be a small world sometimes! 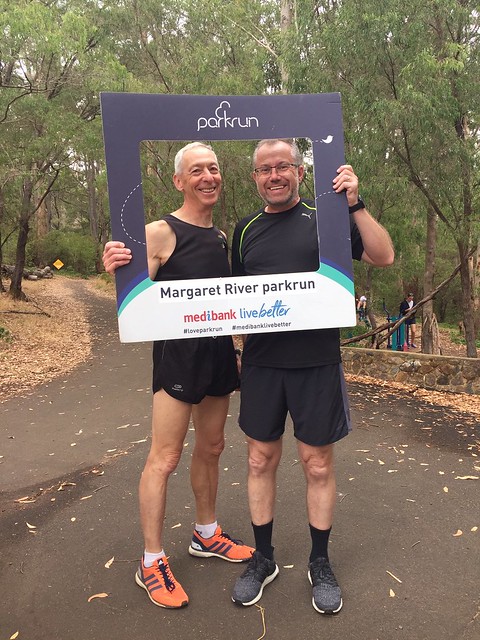 With such large numbers we rely even more heavily on our volunteers so a big thank you to those who stepped up to the mark this week. 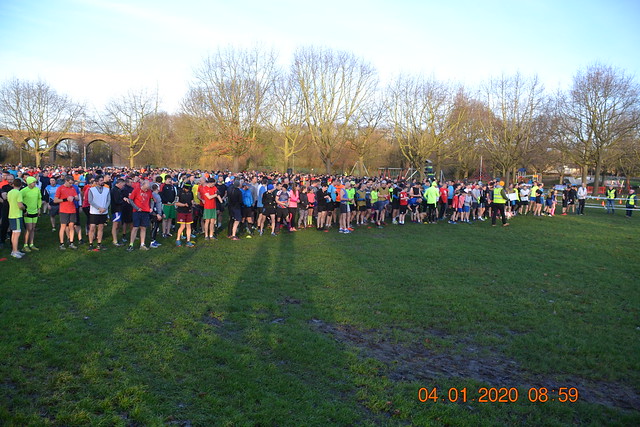 915 is an awful lot of clicking on the stop watch and having eyes in the back of your head also helps.
Luckily Laura and John were more than up to the task. 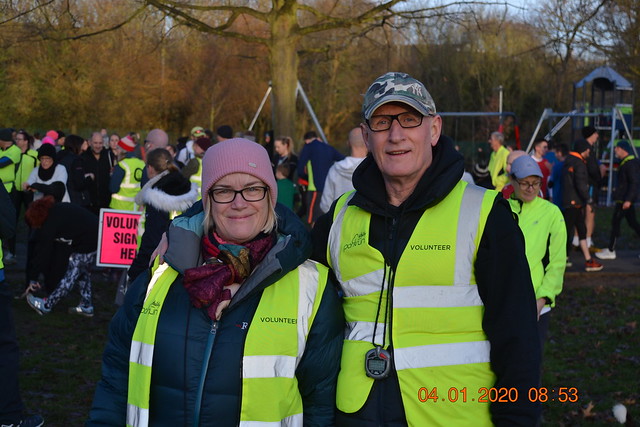 It also takes a bit of dexterity to hand out that many tokens to keep everyone moving along so a big thank you to Jo and Claire who was on debut at the end of the funnel. 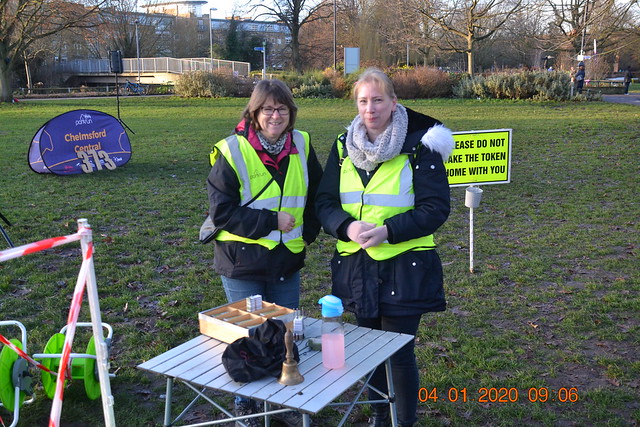 And here are all this weeks stars.

This week Chelmsford was 8th in the Uk attendances

What ever the numbers it certainly puts a smile on people`s faces. 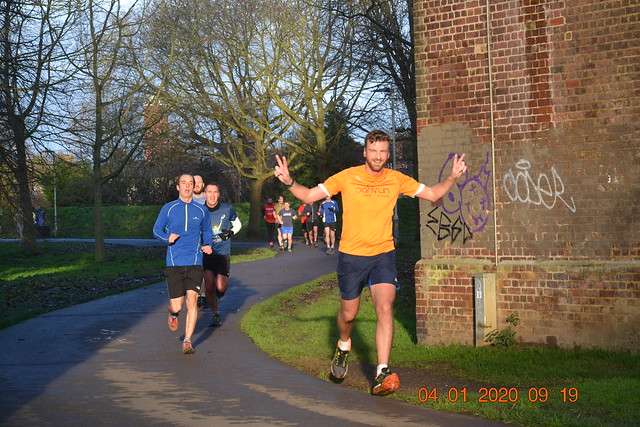 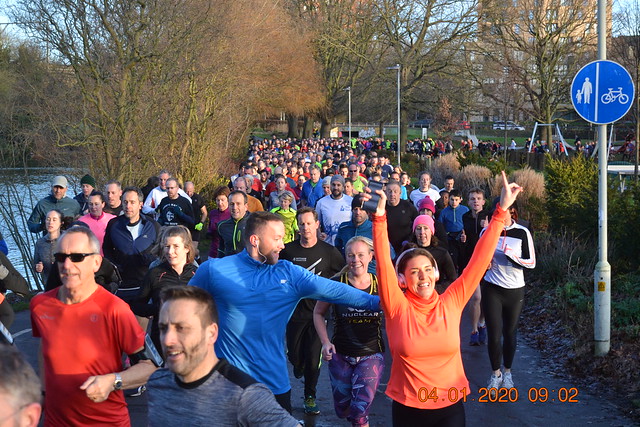 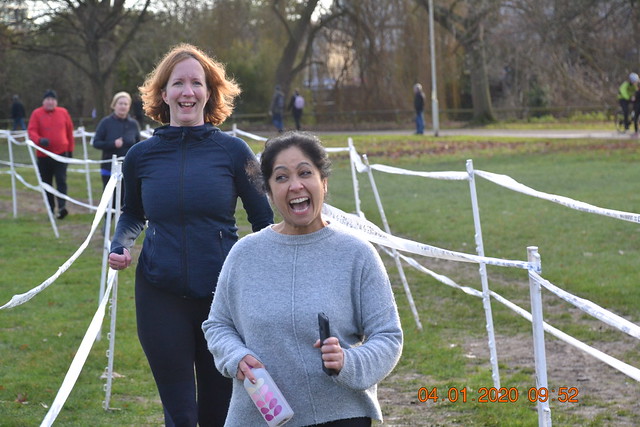 Have a good week.

The Chelmsford Central core team are:

Please check our Volunteer Roster to see if you are able to help out at anytime, there are plenty of roles available to do and all are rewarding and great fun!

If you like a good podcast to listen to, here are the parkrun ones:

The parkrun show This ran from September 2011 to March 2015 and gives a fascinating history of parkrun through those years and where some of the things you hear now were started, like #DFYB.
Chelmsford Central parkrun features in these episodes - February 2013 and August 2013

Launched in 2018 is a podcast from Vassos Alexander (Virgin Radio) Free, Weekly, Timed