We are delighted to announce that Lis PESKETT is our June 2015 recipient of the monthly prize*, generously supported by Sweatshop. Lis' award is a free pair of running shoes fitted at her local Sweatshop store. 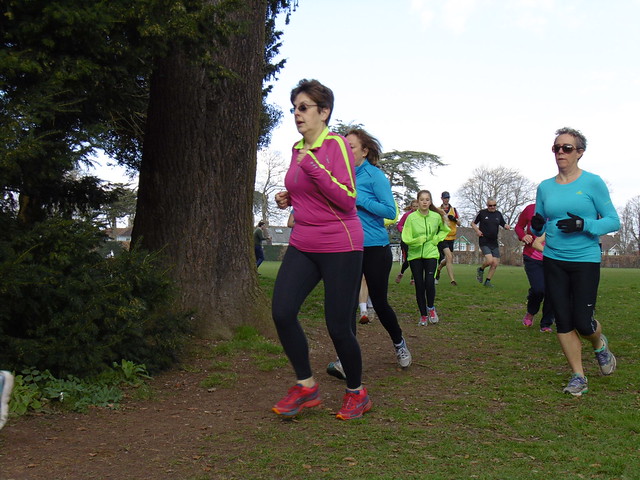 Lis was first seen at Chichester parkrun's 2nd event back in August 2014 and she has been running and volunteering regularly ever since. Lis has now completed 22 parkruns (20 of which have been at Chichester) and has a PB of 31:04 which she achieved this June. She has volunteered on 12 different occasions across almost the full range of roles. For the Pesketts parkrun is a family affair and Lis' son Matthew is another of our stalwart volunteers. The two of them are often volunteering together.

Lis' was previously a self confessed couch potato. She completed the Chichester Runners beginner course in November 2013. She is now a leader of the Chichester Cake Run group and an avid supporter of parkrun. Lis runs 3-4 times a week and is currently on track to complete at least one 10k race each month during 2015. Lis says that she loves the friendships she has gained through running and she feels "soooooo" much better for losing a bit of weight and getting fitter.

During June 2015 Lis ran 3 times achieving a PB, with a 00:23 in month 5k improvement, and volunteered 2 times. Lis has shown a commitment to her running and dedicated her own time to support Chichester parkrun. Lis is a most deserving winner and we hope her new trainers will help her achieve her goals this year.

On behalf of everyone at Chichester parkrun, congratulations Lis!

*parkrun rewards dedication, persistence and improvement through the Monthly Prize.