Our young D of E volunteers do a great job of helping to put our event on every week and here's one of them getting stuck into the role of 'Run Director' this morning.  Somebody needs to tell Martin that the age limit for completing the D of E Award is 24, I think he's missed the deadline! 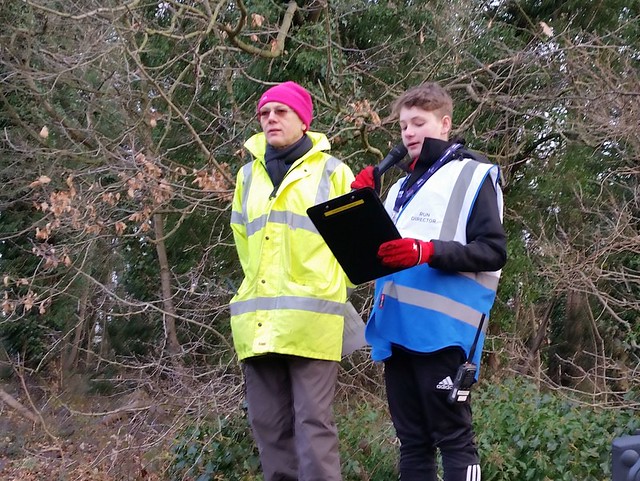 Others took responsibility for the timekeeping and  keeping everyone in order in the finish funnel.  It can't have been easy keeping their parents in check too. 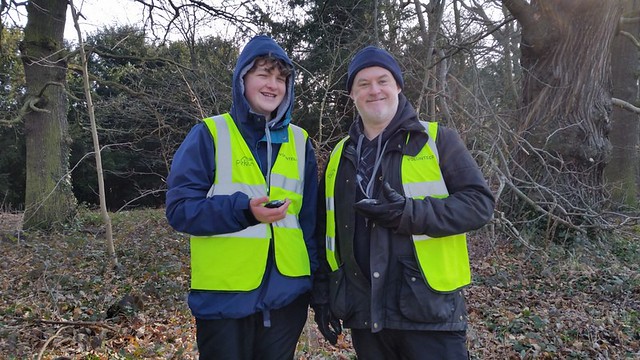 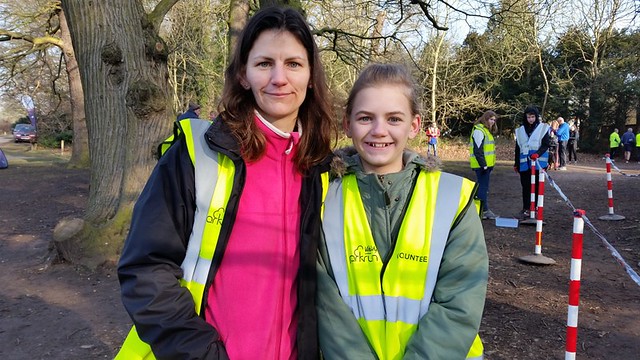 Spare a thought for Jony, who's knee injury is keeping him away from his running.  Despite that, he offered to volunteer this morning but wanted a job where he could sit down.  We had to decide between tea and toast duty or recording unscannable barcodes. Apparently he makes a lousy cup of tea so recording it was! 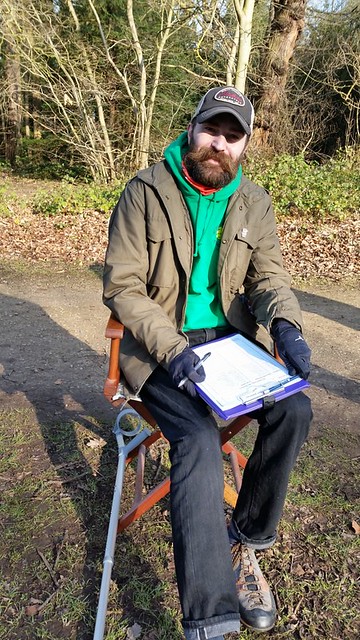 If running or volunteering leaves you ravenous, you can always make a morning of it and enjoy a delicious leisurely family breakfast in the Garden Tea Room which is adjacent to the start line.  I think we might all join you next week Mark, especially if you're paying? 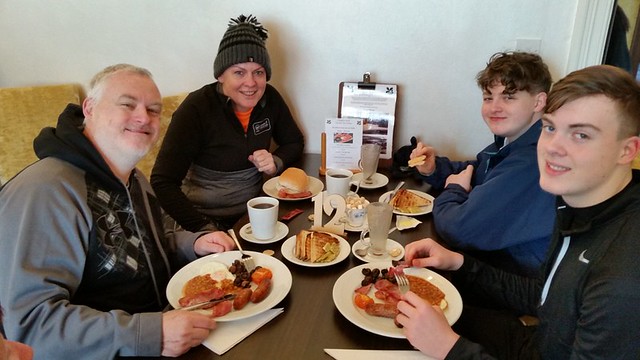 For those of you who like facts and figures:

This week 242 people ran, jogged and walked the course, of whom 23 were first timers and 49 recorded new Personal Bests. Representatives of 23 different clubs took part.