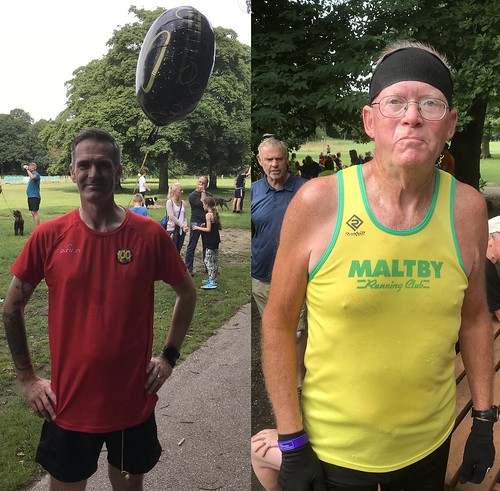 Adam's one of the Clumber Park Runners who meet in the park every Wednesday at 09:30. On September 14th the group will be doing a take over event at Clumber Park parkrun. Here's a group photo of some of them! 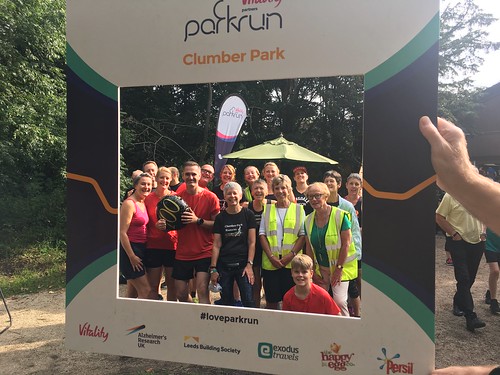 Dave is one of our regulars from Maltby Running Club who organise the Bawtry Forest Trail run which this year is on Sunday 8th September. If you like running in Clumber Park you will also like this run. 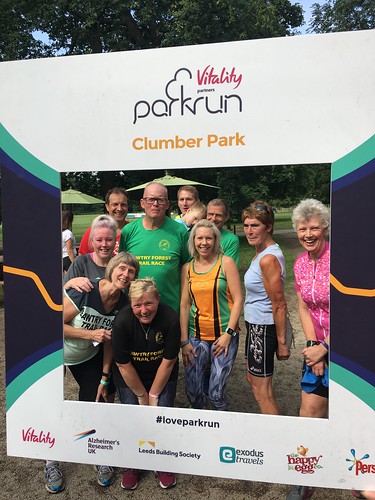 Other runners joining a new club were Andy and Carolyn Garland and Gillian Shephard joining the 50 club and junior Jay Jessop joining the 10 club. 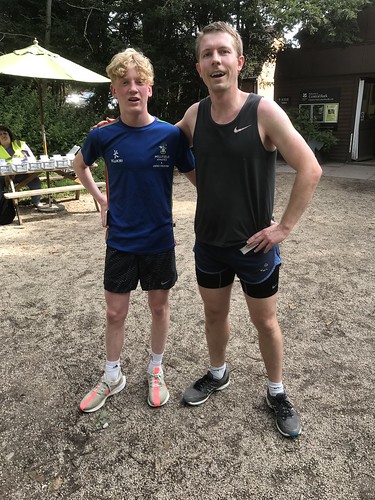 First finisher (again!!) was the Donny Dasher and second finisher with a new PB 5 seconds faster than his last one was Ian Sadler. 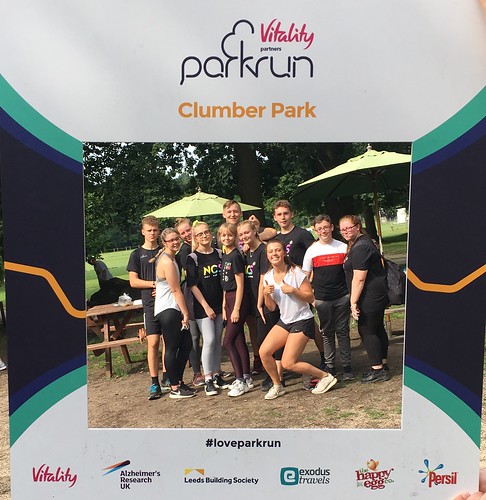 Another group with us today was the National Citizen Service (NCS) who were fund raising for The Centre Place which helps supports young people with mental illnesses.

Next week we have a themed run of "Wear something Gold". Mark Crossley will be your Run Director and he's promised to come like this: 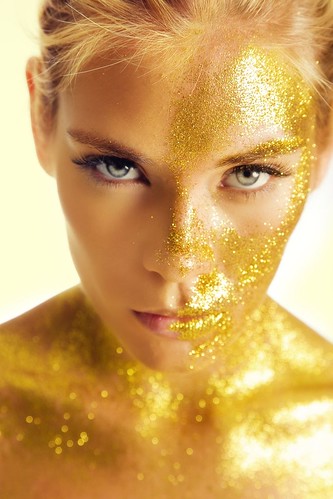 I hope the plastic surgery heals in time for him to get the bandages off!!

Here are some stats:

This week 341 people ran, jogged and walked the course, of whom 46 were first timers and 58 recorded new Personal Bests. Representatives of 34 different clubs took part.