What a schorcher!  This weekend was the hottest August Bank Holiday weekend on record and 299 runners, joggers and walkers enjoyed the summer sunshine in Clumber Park, with quite a few joining us from the weekend caravan rally. At the beginning of the week, the volunteer roster was looking very sparse, but Martin worked hard to encourage volunteers to come forward, and thankfully by the end of the week, all the slots were filled.  Here are the 23 'high viz heroes' who stepped up this week and we were especially pleased to welcome some first time volunteers to the team. 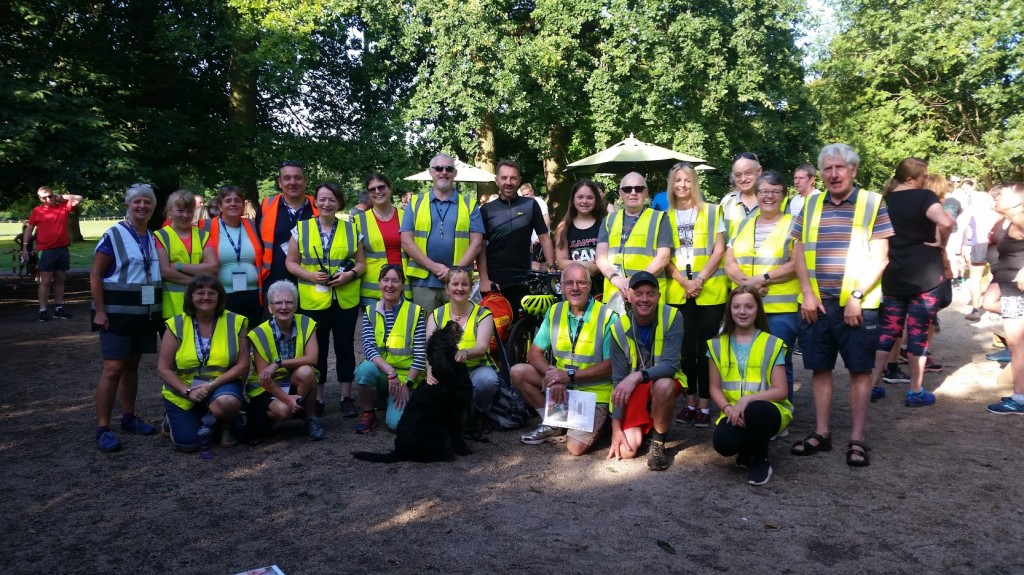 Every week, the volunteers have a quick briefing before the run starts.  We introduce ourselves, tell the group what our role is that day and for a bit of fun, everyone answers a 'special' question.  This week's theme was 'a memorable event in your life'.   The answers given caused both amusement and raised eyebrows and ranged from drinking with Prince Charles, to riding elephants in Thailand, sleeping in a brothel whilst on honeymoon, almost getting arrested, seeing a lion walking round a holiday compound and saving hedgehogs.  We certainly found out a few interesting (and surprising) facts about each other!  Don't forget that we ALWAYS need volunteers. so please check out the future roster to see where the gaps are and follow the email link to let us know where you'd like to be added.

Here are the SKELTON family who volunteered for the first time today and took on the role of tail walkers.  They thoroughly enjoyed themselves and commented on how interesting it was to see the event from "the other side" and promised to be back in the near future. 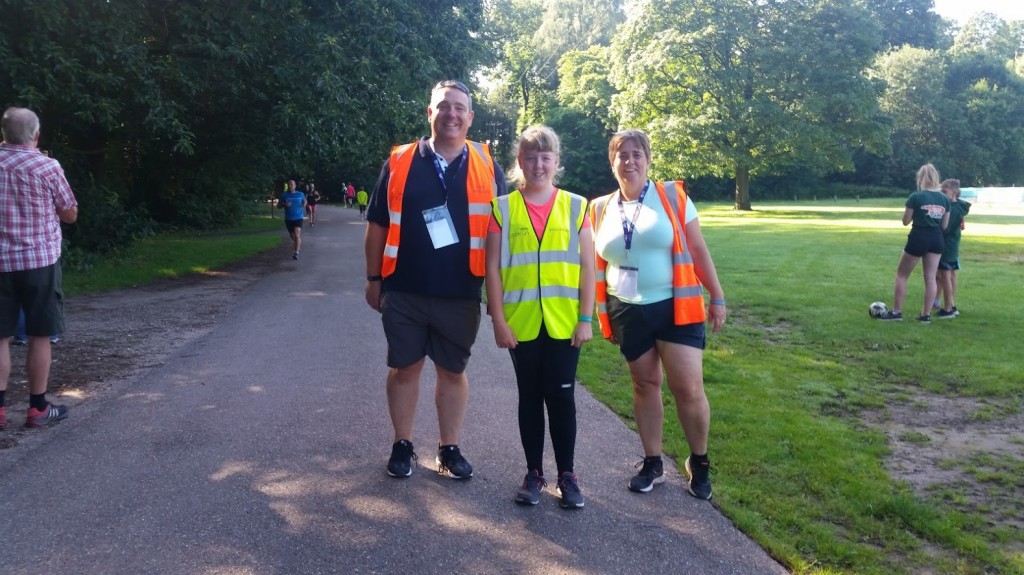 We had visitors from all over the country today, but visitors from Australia won the 'Tourist Top Trumps'.  We also had Christopher ROSS running with us and joining the 50 Club and Sarah AGAR joined the 100 Club.  We also had a couple of 'unofficial' milestones with Sven WARNER completing his 200th parkrun.  Sven kindly donated a voucher to the 200th runner, which was won by Lucy POWELL accompanied by Arthur on their first visit to Clumber. Here's Sven, followed by Lucy receiving her voucher from junior volunteer Brooke. 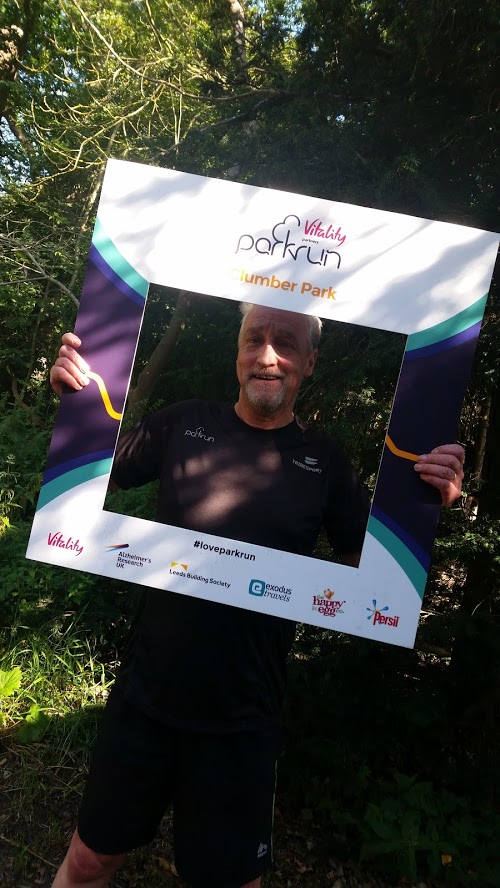 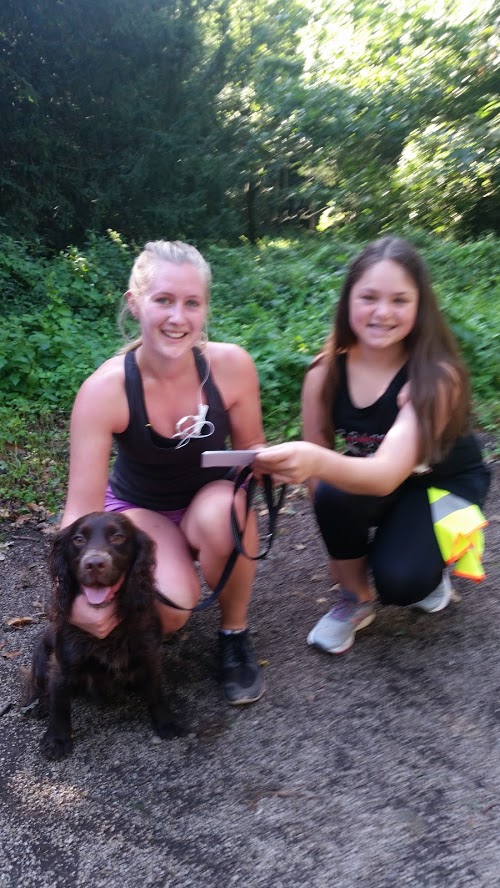 John PROFFITT completed his 77th parkrun and celebrated his 77th birthday on the same day.  I'm sure this double whammy was no amazing coincidence and has been many months in the planning.  Please don't try and orchestrate your 88th parkrun to fall on your 88th birthday John, or else we'll hardly see you over the next decade! 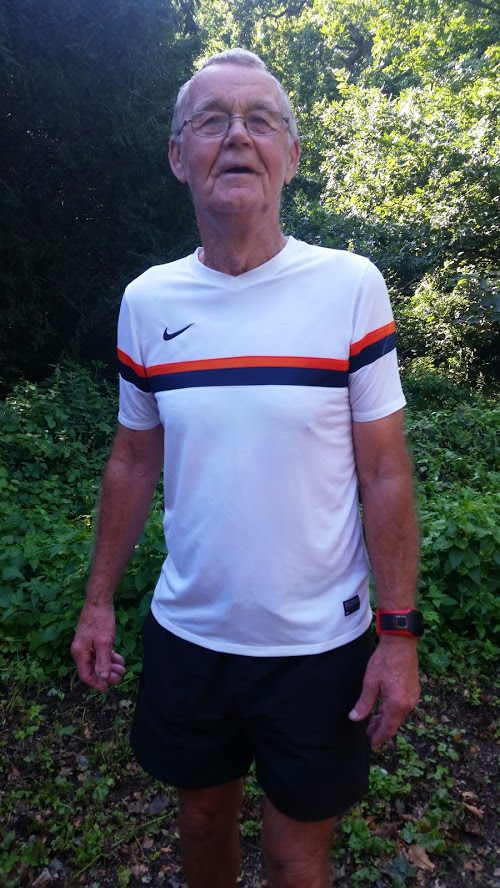 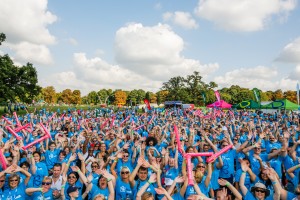