When we started Crewe parkrun, almost two years ago now, we were nervous about many things: would we get enough participants, would enough marshals turn up, would the watches fail, would all the data disappear into the cloud, would we fail at some aspect or other basically?  Quite a lot of doubt and uncertainty really.

I think that we have had a few close shaves with some of those early anxieties and some may yet happen but now, we think, or I imagine we do, does it matter?  Because what is it that matters?

There is the parkrun code and we must all strive to adhere to this. 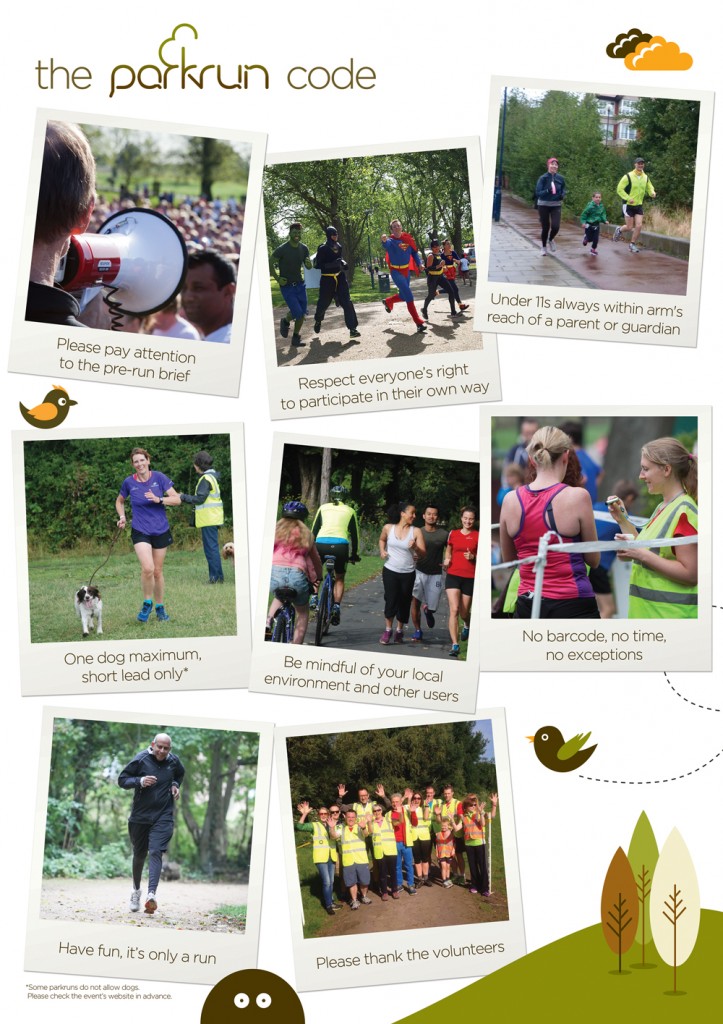 Really, and I have written this before but I cannot emphasise it enough, parkrun is beautiful because of its simplicity.  We started our parkrun to bring people from all walks of life, of all levels of experience, of all shapes and sizes, together in order to walk, jog, run, volunteer or cheer and it happens.

The one thing that astounds me is that our volunteers and participants transform Queens Park into this pop-up community centre for about two and a half hours every Saturday morning; that's beautiful and it is so simple.

Remember to thank this gent too because if it wasn't for him none of this would be happening!  He's on twitter: @paulsintonhewit 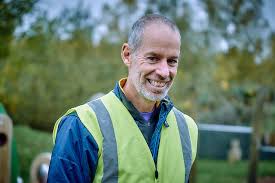 some of today's achievements

441 - Our second highest turnout - well done and thank you everyone!!

45 people complete their first parkrun and 24 others walked, jogged or ran at Crewe for the first time.

Wendy Shore completed her 100th, with 60 being at Crewe,  parkrun.  Congratulations Wendy!

Eva James who had to undergo surgery in 2019 finally completed her 50th parkrun!  What an achievement!  Of those 49 have been at Crewe and one other at Aberystwyth!  Eva is a Crewe loyalist par excellence and her sole 'away' parkrun holds a very special place in the heart of one of our run directors.

Shaun Jones, another Crewe parkrun loyalist was first finisher with a new PB!  Great effort Shaun!  Well done to everyone else who achieved a PB at Crewe.

The local running club - South Cheshire Harriers - is organising a Couch to 5k course for all.  There is more information here: SCH Couch to 5k.  It takes place around Queens Park from 10:15am every Saturday.

Saturday 18th January - this is a foodbank collection day.  All food collected on this day will go to the foodbank at St Paul's in Crewe.

Saturday 15th February - this will be our second anniversary!

This week 441 people - our second highest turnout - ran, jogged and walked the course, of whom 69 were first timers and 63 recorded new Personal Bests. Representatives of 26 different clubs took part.

Today's full results and a complete event history can be found on the Crewe parkrun Results Page.

We are very grateful to Maurice Fitzgerald for this week's run report.  Maurice ran at our first park run in 2017 and he has, to date, completed 75 parkruns with 70 of them being at Crewe; he is one of our loyal runners and a frequent volunteer.  Here is Maurice's story:

I started running many years ago when a good friend of mine caught the bug and inspired me to do the same.

I took part in many races ranging from 5 Kilometres to half marathons, and enjoyed the challenge. I ran when the weather was freezing, when it was hot; when I was injured; when I had a cold, just all the time. I felt guilty if I didn’t run for more than a couple of days. 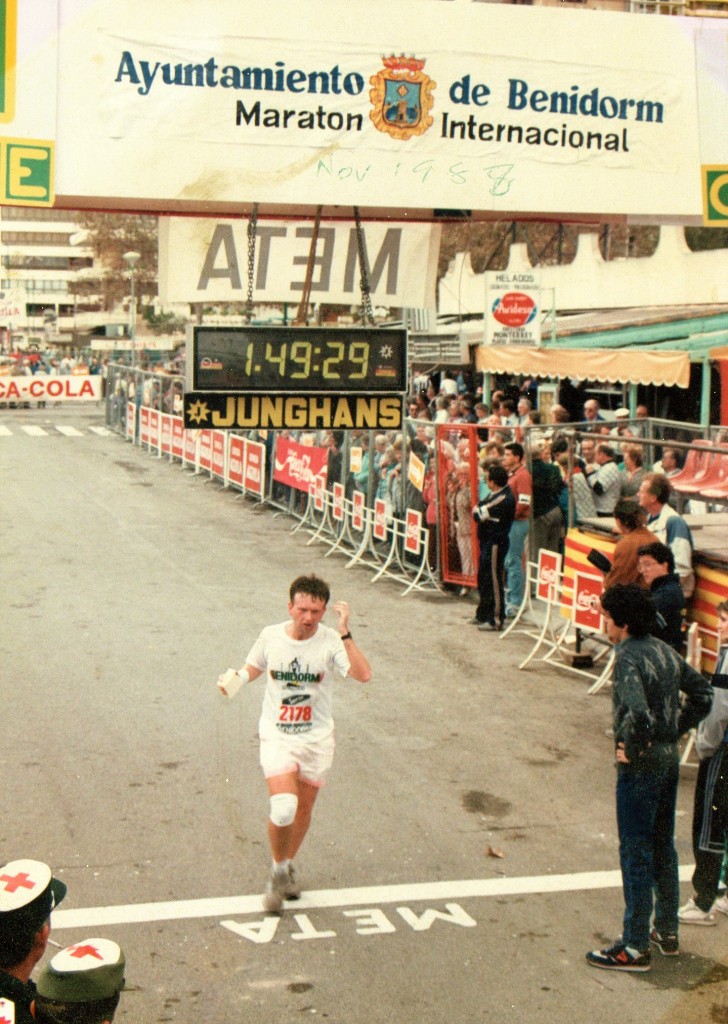 However, my friend contracted a brain tumour and sadly died and although I kept running, I seemed to lose my drive to run. Then I caught pneumonia and ended up in hospital for 2 weeks which stopped me running completely.

I began running tentatively after a few months but not nearly as often, or as quickly. Roll forward several years and I heard from a friend that parkrun was coming to Queen’s Park in Crewe. As the park is within a mile of my house I felt I just had to try it. I thought I would be able to run a 5K easily and in a comfortable time of about 27 minutes as I used to run 5Ks in 22/23 minutes when I was running consistently.

So imagine how shocked and disappointed I was when I took part in the first Crewe parkrun, and struggled to run it in 34 minutes. Fortunately, I did not allow this result to dissuade me from trying again and I nervously attended the 2nd Crewe parkrun and I improved my time by 2 minutes. I was hooked and I resolved to do parkrun every Saturday morning. My times improved marginally and I managed to run regularly at 29-30 minutes each week for several months. However, as much as I love parkrun I was not really progressing as much as I had hoped. I needed something to help motivate me to train harder and improve my times.

One Saturday I witnessed the Couch to 5K ( CT5K ) graduates being presented with their medals for completing their running course organised by the South Cheshire Harriers ( SCH) . The runners were all smiling and glowing after achieving their 5K runs from a standing / sitting start!  I discovered that many had joined the SCH and I decided that I should go along to try one of their bi-weekly training sessions. I was made very welcome and invited to join a group nicknamed ‘The Inbetweeners’ as my parkrun average time was considered suitable for this particular team of runners. I enjoyed it so much that I have been running with them every Tuesday and Thursday evening for 5 months. It has been brilliant, and I have extended the distances that I run to up to 8 miles, something I had not done for many years. This has improved my stamina immensely and I made me feel more comfortable running the 5K distance of parkrun. As a direct result of running more frequently and longer distances with the SCH I have recently improved my parkrun time to 27’ 15.

I entered the Sandbach 10K in August, my first race for at least 15 years, and I was delighted to achieve a time of 56’ 36 – the equivalent of running back to back parkruns of 28 minutes, something I would not have thought possible when I joined the parkrun community. I ran the Wilmslow 10k in another very pleasing time;  I am now looking forward to entering further races in 2020 and beyond.

I would recommend parkrun and joining a running club to anyone who is looking to get fit, lose weight, and make new friends. It has certainly helped my physical and mental well-being and I have even managed to lose over a stone in weight!

Today's full results and a complete event history can be found on the Crewe parkrun Results Page.

There were 14 first timers and 39 recorded new Personal Bests at Crewe.  Niamh Sweeney completed her 10th park run and Nadia James a fantastic 50 - most of which have been at Crewe.  Bob Kettle from Sandwich Striders was celebrating his 70th birthday and he attributes his boyish good looks to being a regular park runner.

We welcomed parkrunners from Pitchcroft near Worcester, Marple and Liverpool.

It is foodbank collection day on Saturday 21st December.  Local foodbanks that people provide, if they are willing and able, normal items as the Christmas foodbank packages will have been distributed.

On Christmas Day there will be a park run at Crewe with a 9am start.  The cafe will be open for drinks and cakes only.  Yes the toilets will be open too.

We anticipate the 100th Crewe parkrun being on Saturday 28th December and we hope that all of you will be able to join us.

On New Year's Day we will have our run at 10:30am enabling people to run other events locally that start at 9am and get to Crewe to complete the New Year's Day Double.

We will be having a parkrun at Crewe on New Year's Day - January 1st 2020.  Our start time will be 10:30am.  This gives you the opportunity to complete the 'double' - that is running two parkruns on the same day as other local parkruns will begin at 9:00am.  Check these and other Christmas Day 2019 and New Year's Day 2020 parkruns here: https://www.parkrun.org.uk/special-events/

We will be holding a parkrun on Christmas Day at Crewe.  It will be a 9am start.  We will confirm arrangements regarding cafe opening etc nearer the time.

We look forward to seeing you all.