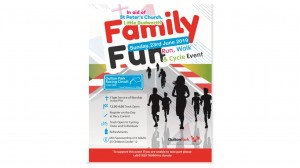 We have a great local 10k coming up: West Cheshire AC's Sutton Six has chip timing, well priced entry and a friendly setting ideal for both those looking for a new PB and those looking for a bigger challenge than their 5k parkrun! Start in Guilden Sutton, Chester. Details and entries on the link above.

Three years!!! It was lovely to celebrate three years of parkrunning in Delamere this morning. Since we started in 2013 the organisation has boomed in the North West as it has across the country and we now have numerous neighbouring runs and a few more in the pipeline. Among the 6000+ different runners we've had so many new friendships and running careers start here. Long may it continue.

Congratulations to the winners of our points competition for 2015-16 which ended last week, with the battle for first and second place a close run thing for both the men and women this year. Nathan Williams edged out Steve Collier for one trophy and Alison Morton prevailed over Lisa Meadows this time, in Alison’s case winning for the second year running. Thanks also to all of those who have volunteered over the period, making all of this possible.

On our 150th Delamere parkrun we had two runners celebrate joining the 50 club and two more hit the big 100! Congratulations to Christina Millachip and Diana Caldwell who earned their red t-shirts this morning. Joining to 100 club we had Alison Morton and Dean Walker. Dean started parkrunning at Delamere and has since completed many of his runs in Warrington and more recently Widnes, but came back to celebrate his milestone. Alison began parkrunning regularly at Delamere and has now progressed to half marathons, marathons and triathlon.

Well done to first finisher Ethan Greenland of West Cheshire AC, who was followed home by the younger Ethan, Ethan Ackroyd, who ran a PB and has recently been selected to represent Wales in the London Mini Marathon. Well done also to first woman home Amy Hinchly.

Don’t forget the excellent Trajan Chester Spring 5 is next month, 13h April 2016: 5 flat miles on country lanes, hosted by West Cheshire AC. This is ideal for both seasoned racers or as a first step on from parkrunning before the leap up to a 10k: small and friendly but there’s chip timing and a certified course which often sees strong performances at the front end. No entries will be available on the night but it is a bargain and you can enter online: https://wcac.niftyentries.com/Spring-5.

This week there were 342 runners, of whom 37 were first timers and 58 recorded new Personal Bests. Representatives of 31 different athletics clubs took part.

Delamere parkrun started on 2nd March 2013, and since then 6,117 different runners, including participants from 397 athletics clubs, have completed 31,406 runs covering a total distance of 157,030 km, and there have been 6,443 new Personal Bests.

Another brilliant new record turn-out with 371 runners heading to Delamere this morning for bright but chilly parkrun. 67 first timers and plenty of PBs on sticky terrain.

A pretty quick trio of men topped the table this morning with new PBs for Chris Larkin and Edward Pettit who finished first and third respectively. Edward also scored the highest age grading of the day with an impressive 81.39%. Well done also to the women who might just have gained a couple of places in the female standings due to some crucial forgotten barcodes!

Well done to Darren Sharp who joined the 50 club this week; he’s run 46 of the 50 here with us at Delamere.

We welcomed parkrun tourists from Princes parkrun in Liverpool, from Leeds, and a few from our neighbours Ellesmere Port parkrun who have unfortunately had to give their course a rest due to waterlogging.

Please also keep in mind with record turn outs we need to be mindful of others when parking in the Old Pale car park. The bays might not be marked but please don’t leave a huge gap between your car and the next unless you have genuine access issues! If we fill the car park with 2/3 of the vehicles that could actually fit in it, people tend to overflow to less suitable parking spaces potentially causing disruption for other forest users.

Hopefully you’re all a few weeks into some serious new year training and may be looking for some race goals? A great step between a 5k parkrun and 10k race is 5 miler. We have West Cheshire AC’s Spring 5 in April now open for entries https://wcac.niftyentries.com/Spring-5

This week there were 371 runners, of whom 67 were first timers and 72 recorded new Personal Bests. Representatives of 30 different athletics clubs took part.

Delamere parkrun started on 2nd March 2013, and since then 5,841 different runners, including participants from 390 athletics clubs, have completed 29,412 runs covering a total distance of 147,060 km, and there have been 6,081 new Personal Bests.

I have a suspicion the parkrun weather fairies had been out for their Christmas party last night as their performance was pretty shabby this morning! A very muddy run with rain throughout, so huge thanks to the brilliant volunteers!

Rainy runs are a timely reminder of an ideal Christmas stocking filler: get your own indestructible barcode tag or wristband from http://www.parkrun-barcode.org.uk/ We’ll be parkrunning at 9am on Christmas day, fancy dress welcome, so come and celebrate with your parkrun family before getting stuck into your selection boxes.

We’re also here on Boxing day as normal and then back for our first run of 2016 on Saturday 2nd January. Extra parkruns for New Year’s day are taking place at Congleton, Warrington, Princes Park in Liverpool, Pennington Flash and St Helens: times vary, see http://www.parkrun.org.uk/christmas-compendium for details. If you’re away visiting friends and family over the Christmas and New Year period, don’t forget to check out opportunities for parkrun tourism; we now have 376 events in the UK. This week we hosted runners from Telford parkrun, Marple, Warrington and some keen serial parkrun tourists.

This week Christy Mageean of West Cheshire took the top spot for the first time, and Victoria Haslem also made first female for the first time; well done to both! I think throughout the field we all enjoyed higher finish positions than usual this week, a reward for braving the weather while others stayed away.

We celebrated several birthdays and milestone runs this week. Pheobe Kenwright earned her white 10-shirt and can look forward to getting that muddy in the coming winter months. Mark Flanagan chose to run direct on his birthday while Sally Powell ran her first parkrun as a member of a different type of 50 club to the one joined by Lisa Meadows (Vale Royal) and Catherine Hill (Deeside Orienteering) this week; congratulations to them all.

We’re still on next week despite the Delamere Santa Dash, so see you then!

This week there were 146 runners, of whom 14 were first timers and 14 recorded new Personal Bests. Representatives of 24 different athletics clubs took part.

Delamere parkrun started on 2nd March 2013, and since then 5,504 different runners, including participants from 367 athletics clubs, have completed 27,338 runs covering a total distance of 136,690 km, and there have been 5,814 new Personal Bests.

A slightly damp parkrun this weekend but good running conditions and a very good turn out of 276, considering there were local races on both the evening before and the day after! Thanks to all of those racers who helped out by volunteering.

First finisher was Richard McGeachie (Halton & Frodsham Harriers) who’s no stranger to the top spot. Jeanette Pope was first woman home for the first time in five runs. The best age grading of 79.71 % went to the impressive Edward Pettitt (JM11-14) of Vale Royal AC who continues to improve, this week recording achieving a new course PB of 18:39 for 4th place. Ethan Greenland’s 3rd place (West Cheshire AC) was enough for him to leapfrog to the top of the points category, and this is set to be a hotly contested honour this year.

We had a trio of entrants to the 50 club this week: Iwan Pullen (JM15-17) of Wrecsam Tri, Dillon Greenland (JM11-14) and Tim Appleton (JM40-44) of Razzer’s Runners. I can’t resist the urge to point out Iwan might have got there a month ago if he remembered his barcode more regularly!

Entries are now open for Vale Royal’s fantastic Pie & Peas 5 mile race, likely to sell out this year so don’t leave it too late! Link here for more details http://www.valeroyalathleticclub.co.uk/PiePeas5Flyer15b.pdf

This week there were 276 runners, of whom 34 were first timers and 48 recorded new Personal Bests. Representatives of 26 different athletics clubs took part.

Delamere parkrun started on 2nd March 2013, and since then 4,663 different runners, including participants from 314 athletics clubs, have completed 21,909 runs covering a total distance of 109,545 km, and there have been 4,753 new Personal Bests.

Entries are open for a new local race, the Spartan Ten Thousand run by Delamere Spartans on Bank Holiday Monday 4th May.

This will be a challenging off-road 10k with just 100 places, starting and finishing on closed roads outside Manley village Hall. Just £5 (UKA members) /£7 unaffiliated.

Ladies, it's time to lace up your trainers, and walk, jog, or charge your way around Race for Life 2015.

Through raising money at Race for Life to fund groundbreaking research into new drugs and treatments, you can help us bring forward the day when all cancers are cured

We will beat cancer sooner

I am sure they could also do with some Marshall support if anyone is free and fancies helping out with a great cause!!

The Chester Spring 5, run by West Cheshire AC is on Wednesday 15th April. This is a great midweek 5 mile race run around Cheshire lanes, this year with chip timing. Entry is £10 (£8 for affiliated runners).

The Christleton 5k run by Chester Triathlon Club will this year be held on Friday 15th May, the same weekend as the Chester Half Marathon. Always a sell-out, it’s one of the fastest 5k’s in the region with a strong field and entry is just £9 (£7 for affiliated runners). A chance for those who regularly finish at the front at Delamere to test themselves against a quality field. For those further back can see just how much faster than their parkrun PB they can go on a flat, fast course with great support around the village of Christleton, just outside Chester.

Join the Ultimate Fitness Experience team for an action packed year of Mud Runs at some amazing venues in Shropshire. Click on the link below for detailed descriptions, venues and booking information.